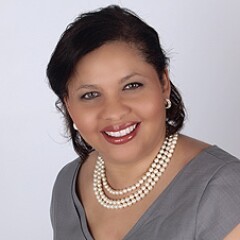 Ciccolo joined Special Olympics after 10 years with the National Association for the Advancement of Colored People (NAACP), the oldest and largest civil rights organization in the United States. She served as the organization’s General Counsel and Secretary, managing all internal and external legal matters, and was the first woman to hold that position in the history of the organization.

Ciccolo is an experienced litigator and a member of the DC Bar, Maryland Bar and US Supreme Court Bar. She received her Juris Doctor degree from Georgetown University and a Bachelor of Science in Foreign Service from the Edmund A. Walsh School of Foreign Service at Georgetown University. She is a member of the Advisory Committee on the U.S. Commission on Civil Rights for the Commonwealth of Virginia and has served as an election monitor and speaker on issues of diversity and inclusion in the United States and abroad. Ciccolo is an award-winning author and recipient of numerous awards including the Medgar Evers Award of Excellence and the Bar Association of DC’s Annice M. Wagner Pioneer Award.