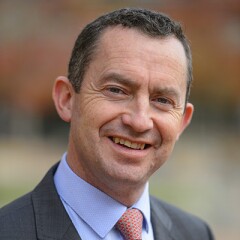 Doolan has served in a variety of roles within Special Olympics, including:

Doolan received a Bachelor’s Degree in Communication Studies from Dublin City University and a Master’s in Public Relations from the University of Stirling. He also has an Advanced Diploma in Training and Development from the Institute of Commercial Management at Dublin Business School and a Certificate in Nonprofit Leadership from Georgetown University in Washington, D.C. He is a Special Olympics family member and volunteer, and his other interests include reading, politics, travel, and sport.