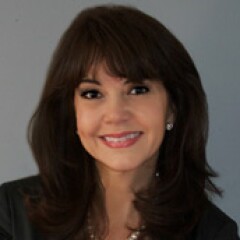 Kelli Seely serves as Chief Marketing, Communications and Development Officer, leading a team of more than 50 professionals responsible for Special Olympics’ corporate, foundation, individual, digital giving, and direct marketing initiatives. She also oversees the organization’s global branding, marketing, and celebrity ambassador efforts. Seely has led campaigns that have substantially grown and diversified Special Olympics’ funding and marketing strategy. In 2018, the public launch of The Revolution is Inclusion marked the shift from being an organization for athletes to becoming an organization from athletes. The campaign has ignited a movement of inclusion in schools, healthcare, sport, and employment.

Prior to joining Special Olympics in 2014, Seely served as the Sr. Vice President/Chief Development Officer of the United Service Organizations (USO) from 2008-2014, leading fundraising efforts to support America’s service men and women around the world. In addition to her positions in D.C., Seely made her mark on several organizations in California. As President and CEO of Make-a-Wish Foundation from 2004-2008, she led operations, fundraising, and marketing in Los Angeles County to support the wishes of children with life-threatening medical conditions. From 1999-2004, Seely served as President and CEO of the Beverly Hills Chamber of Commerce & Visitors & Conference Bureau where she continued to advance its pristine brand and advocate on behalf of Beverly Hill’s business.

Seely splits her time between Washington, D.C. and California.