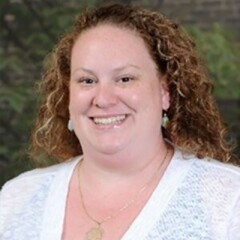 Julia has served as the Chief Executive Director of Baltimore’s Promise since 2017. Her greatest hope for humanity is that everyone gets to have safety and happiness, however they define that. She gets out of bed each day with an all-encompassing belief in Baltimore and its people and our collective ability to be great.

Prior to joining Baltimore’s Promise, Julia served as the Chief Strategy Officer for the Family League of Baltimore, a quasi-governmental intermediary organization. In that role, Julia led the growth and expansion of Baltimore’s Community Schools model, successfully passing local and state legislation to solidify public funding support and collaboration. Julia also spent time within Baltimore City Schools, first as a middle school Spanish teacher in West Baltimore, then running an after-school and summer program for older youth and later as a Family and Community Engagement Specialist working with low-performing and turnaround schools to improve results for students.

Julia graduated from Dickinson College with a focus on International and Latin American Studies. While at Dickenson, Julia wrote for a monthly magazine focusing on diversity and social justice and was awarded the Cesar Chavez + Harriet Tubman Visionary Awards for her passion and commitment to equity. She completed her teaching certification coursework at the Johns Hopkins University and holds certifications in the field of youth development, group facilitation and as a National Coalition Building Institute Trainer and Consultant. Julia lives in Baltimore, where she was born, with her husband, her two children and her grandmother.