Achieving a Voice in the Media: Special Olympics Rwanda’s Story

As in many countries around the world, People of Determination (a term used in UAE for people with disabilities) in Rwanda are excluded from educational institutions and social gatherings. In many areas of Rwanda, it is not uncommon for families to keep their loved ones with intellectual disabilities isolated from public view. Since 2003, Special Olympics Rwanda has tried to change these behaviors by recruiting people of all abilities to participate in programming aimed to end discrimination, erase the stigma around intellectual disabilities and raise awareness about the value of inclusion.

Over the past two years, as part of the global expansion of Special Olympics Unified Champion Schools funded by His Highness Sheikh Mohammed bin Zayed Al Nahyan (MBZ), Special Olympics Rwanda has helped transform more than 100 schools throughout the country into hubs of inclusion.

“Through the media we can spread our inclusive message faster, especially to the communities surrounding [Unified Champion] Schools where people with intellectual disabilities are being hidden and isolated.”

Special Olympics Rwanda kickstarted this initiative by meeting with the Rwanda Media Commission, the regulatory agency of all Rwandan media companies. Mr. Muhamyangabo emphasizes that these talks were crucial in receiving the necessary resources to reach out to journalists around the country, sharing that:

“[Special Olympics Rwanda] had the opportunity to highlight its mission and vision, and [we] explained why collaboration with the media is key in raising awareness in the fight against discrimination toward people with intellectual disabilities. As a result, we received a database of all accredited media houses with the contact information of managing directors and chief editors.”

With the help of the database, Special Olympics Rwanda contacted 20 local media outlets—including radio stations, television outlets, and online newspapers—and invited their journalists to participate in an educational workshop that highlighted Unified Champion Schools and the importance of including People of Determination in news coverage. The workshop was a resounding success. Managing directors and chief editors from 17 media outlets poured into the capital city of Kigali to participate in the event, and 13 companies signed commitments to report on Special Olympics Rwanda activities. Christopher Karenzi, a contributor to DW Radio and the online newspaper Bright Africa who has covered Special Olympics since 2016, noted that the workshop was especially beneficial to journalists who did not have prior experience reporting on Special Olympics events, explaining:

“The teaching techniques of the workshop were very interactive, and each participant was encouraged to participate from the base of his or her own experience and insights.”

In the months since the workshop, media outlets have increasingly been present at Special Olympics Rwanda events. Journalists covered a National Youth Leadership Summit with 200 students from 40 schools, reported on multiple Unified Sports competitions, and attended a press conference that provided updates on ongoing activities and upcoming events. In addition to spreading awareness to media outlets’ respective audiences, this partnership is influencing journalists to change their mindsets regarding intellectual disabilities. In the words of Jean Pierre Habimana, a contributor to the online newspaper Rebero:

“My knowledge on intellectual disabilities was so limited in comparison with the present knowledge that I have. The aim of our work is to have an inclusive environment and not leave anyone behind. I recommend for media houses to work with Special Olympics, because [media houses] need to play a big role in changing people’s mindsets through advocacy, especially among families who are still hiding their children in houses.”

The widespread network of collaboration initiated by Special Olympics Rwanda is a vital part of normalizing inclusive activities and ensuring that people of all abilities feel welcomed in their communities. With continued efforts to promote the message of inclusion in classrooms, across media channels, and in the homes of families with loved ones with intellectual disabilities, Special Olympics Rwanda is well on its way to reshaping the landscape for inclusion of People of Determination throughout the country. 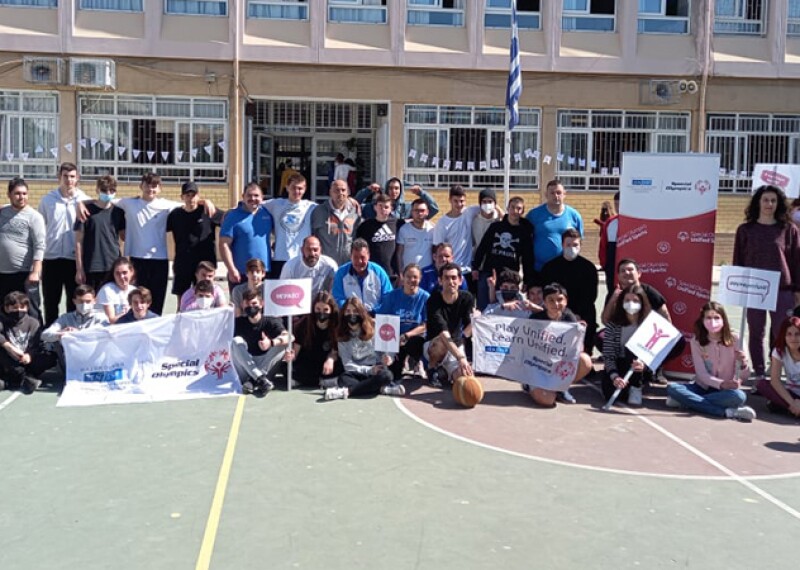 Community Impact
Using Government Partnerships to Achieve Inclusion: Special Olympics Hellas’s Story
A strong partnership with the Greek government ensures that Special Olympics programming will be active in schools all across the country.
4 Min Read 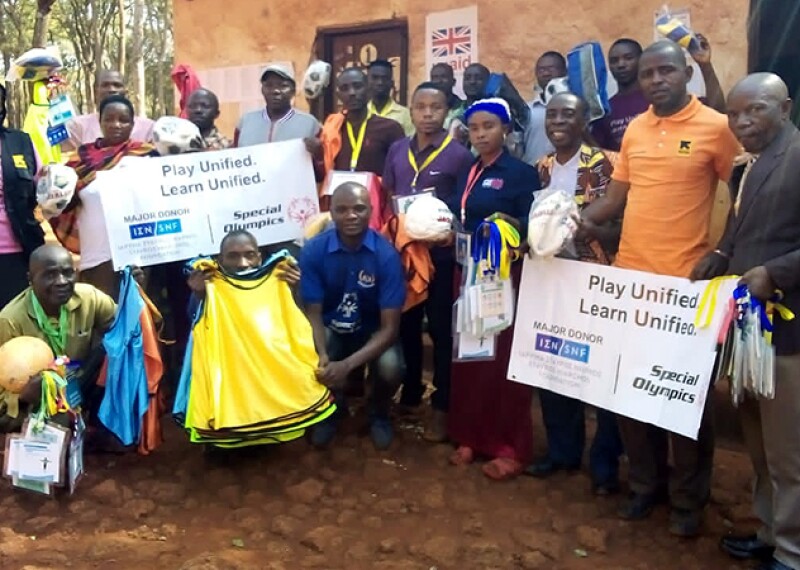 Community Impact
A Refugee Camp Paves the Way for Inclusion: Special Olympics Tanzania’s Story
Members of a refugee camp share how Unified Schools have benefited the lives of people of all abilities in their community.
3 Min Read 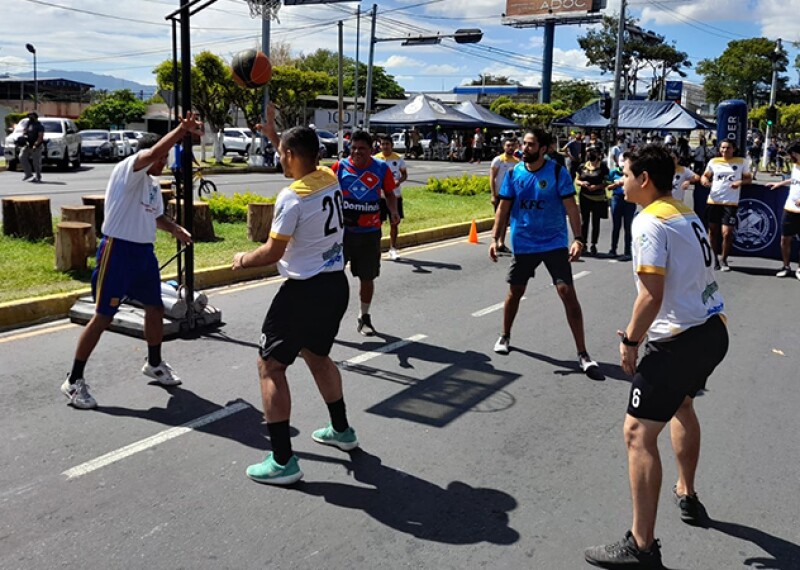