"The grandmother I never had..."

At the heart of Eunice's relationships with the athletes is her belief that people with intellectual disabilities are no less worthy of our love, our help, our respect, and our friendship.

For Loretta Claiborne, Eunice is "the grandmother I never had."

For Renee Dease, Eunice was part-employer, part-teacher, part-cheerleader, part-social worker, and full-time-mother hen. "No matter what important issues Mrs. Shriver had going on in her life," says Renee, who has worked for almost 25 years at Special Olympics in Washington, "she always took time to sit down with me."

Eunice's daily mission is to help one more person and to give each athlete hope. Over the years her efforts have translated into millions of individuals with intellectual disabilities.

One of the negative aspects of organizations that start small and end big is that the people at the top stop connecting with those down the chain. Founders can forget the very thing, in fact, that made the organization grow. That has never happened in Special Olympics. Perhaps due to Eunice's strong relationship with her sister Rosemary, her relationships with the athletes of Special Olympics have always remained very personal. 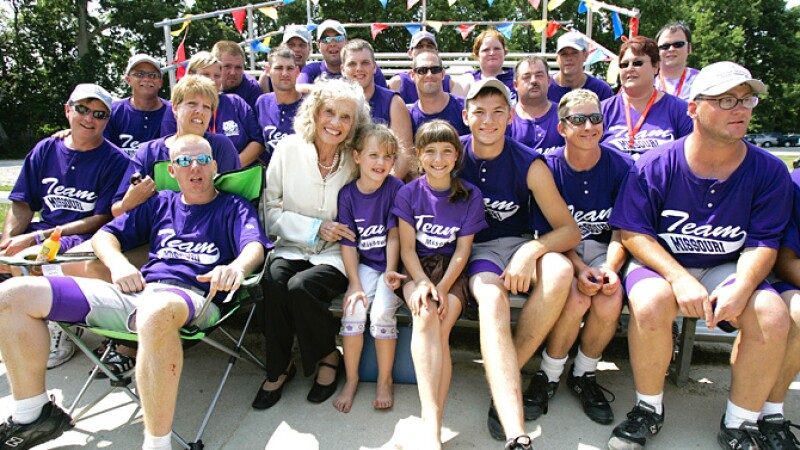 Eunice Kennedy Shriver relaxes with the Unified Softball team from Missouri at the 2006 Special Olympics National Games in Iowa. 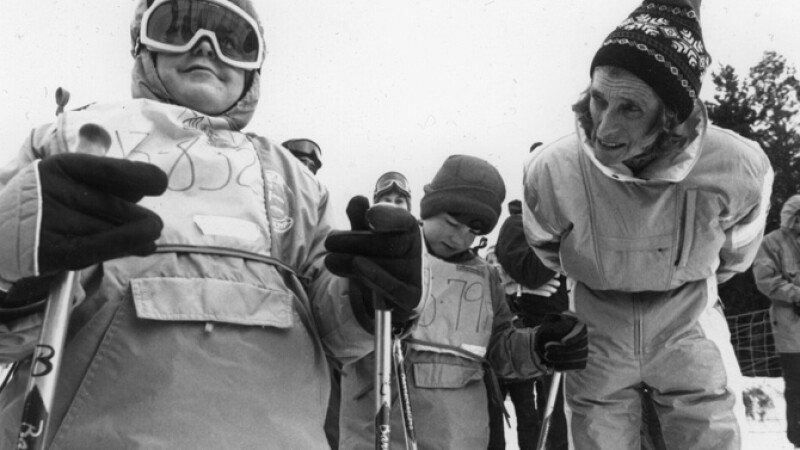 Eunice's advice to every athlete was to "go out and be your best." 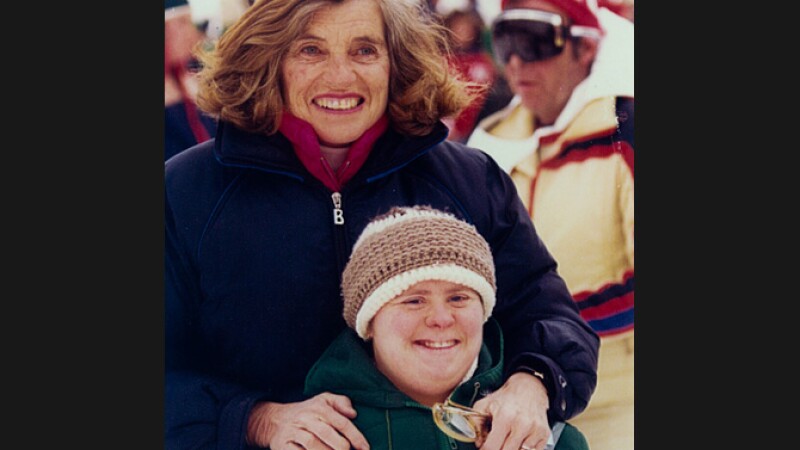 Eunice, shown here with Theresa Del Bueno, believed there is always another athlete to reach and inspire. 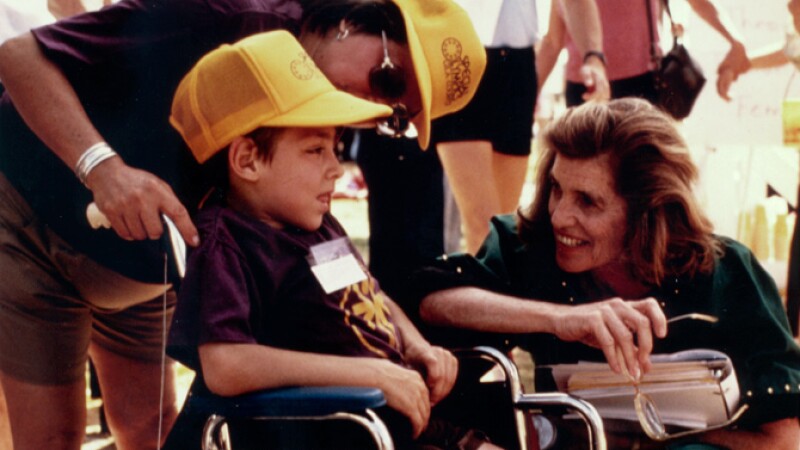 Many times Eunice has said Special Olympics was born to fill the need for hope in the world. 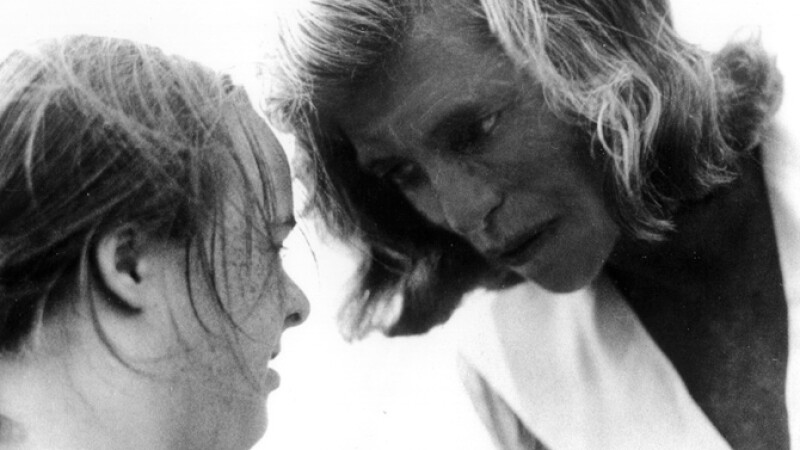 Every conversation with an athlete was meaningful for Eunice. 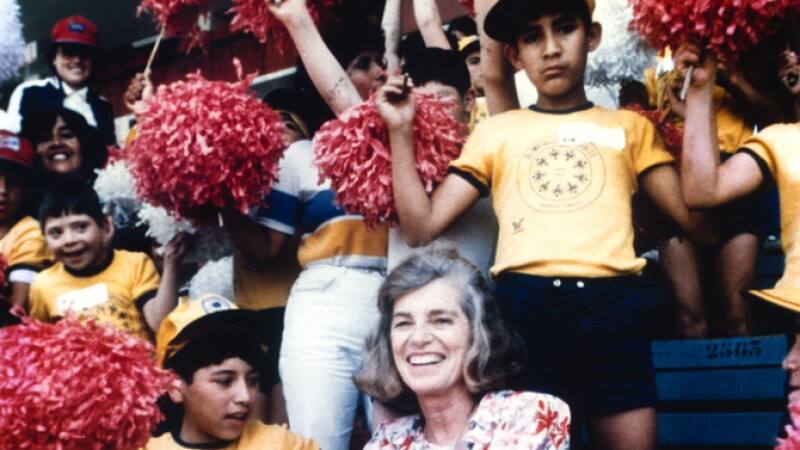 Eunice joins in as part of the cheer team at the Special Olympics National Games in Chile. 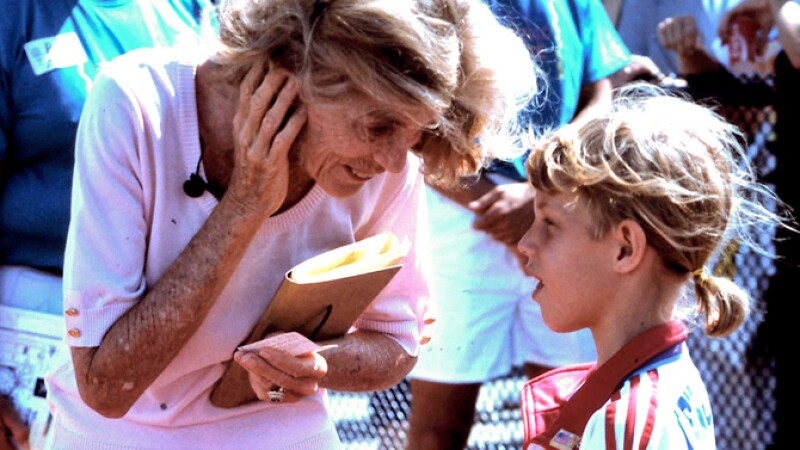 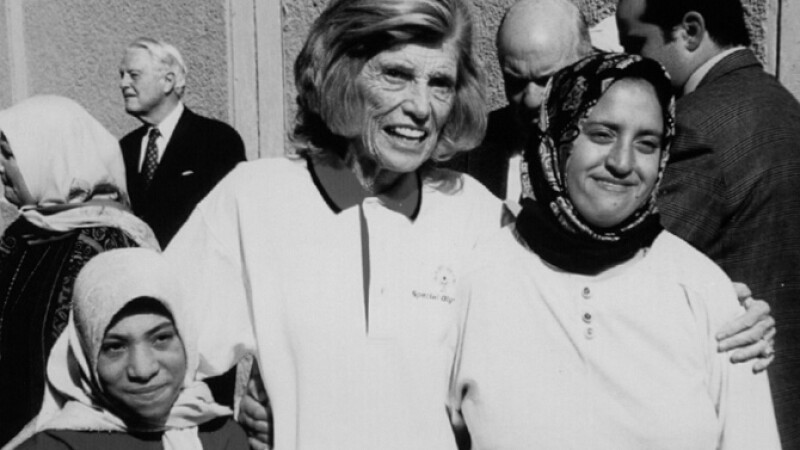 During her visit to Egypt in 2000, Eunice takes time to visit a special school in Cairo. 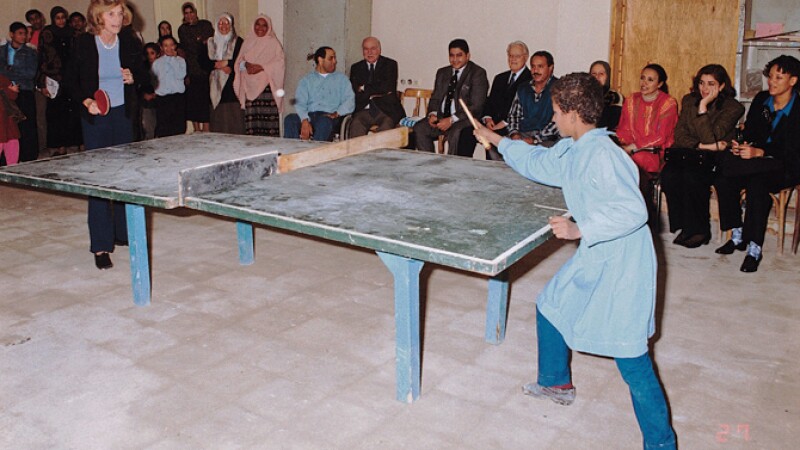 Eunice's competitiveness comes out during a table tennis match against a Special Olympics athlete in Egypt. She loses by one point in an overtime game. 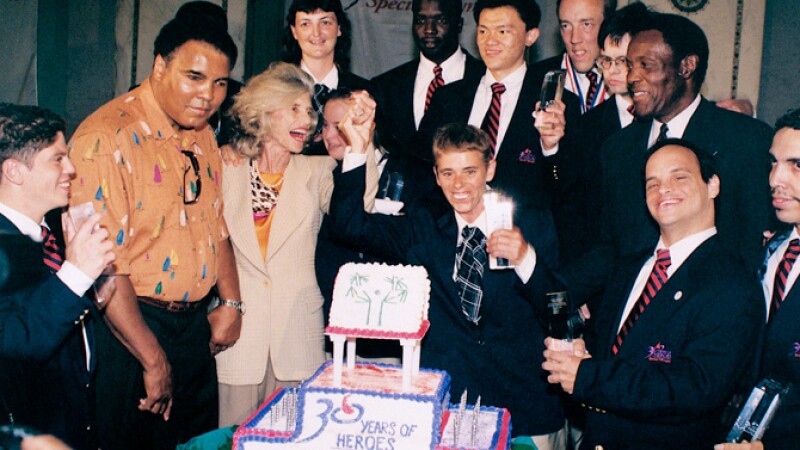 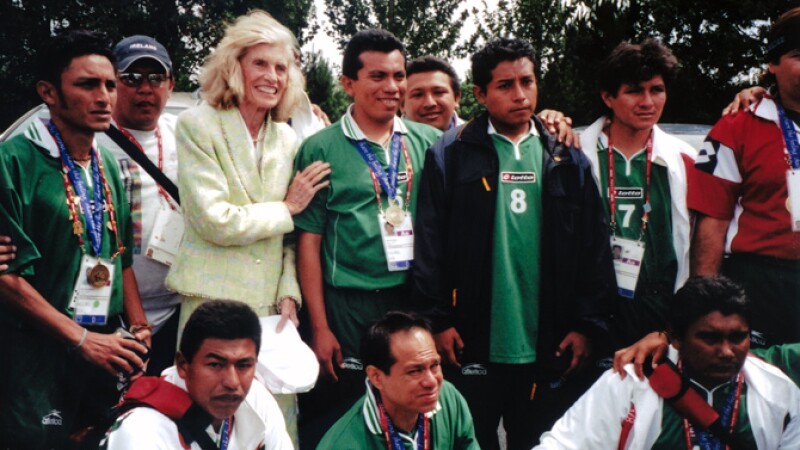 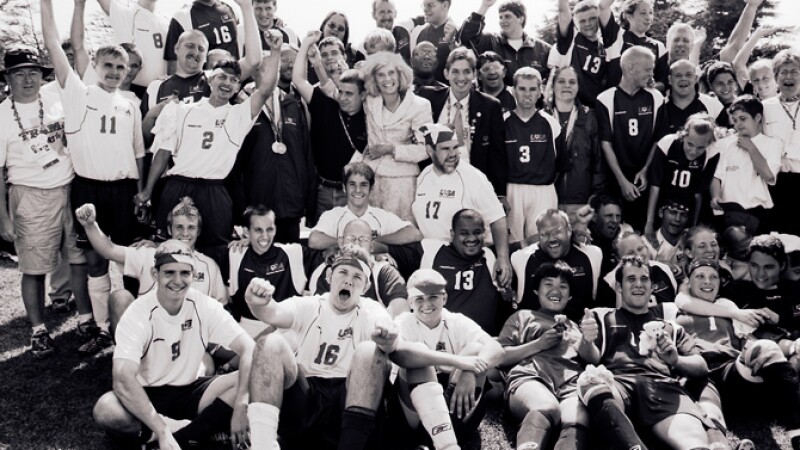 Sargent Shriver International Global Messenger Paul Maretti joins Eunice as they celebrate the spirit and joy of Special Olympics with footballers at the 2003 World Games in Ireland. 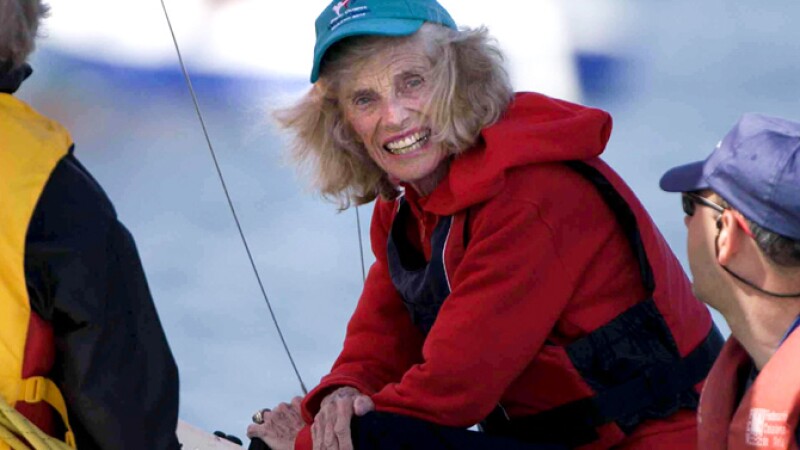 During the 2003 Special Olympics World Summer Games in Ireland, Eunice enjoys her favorite sport of sailing with an athlete. 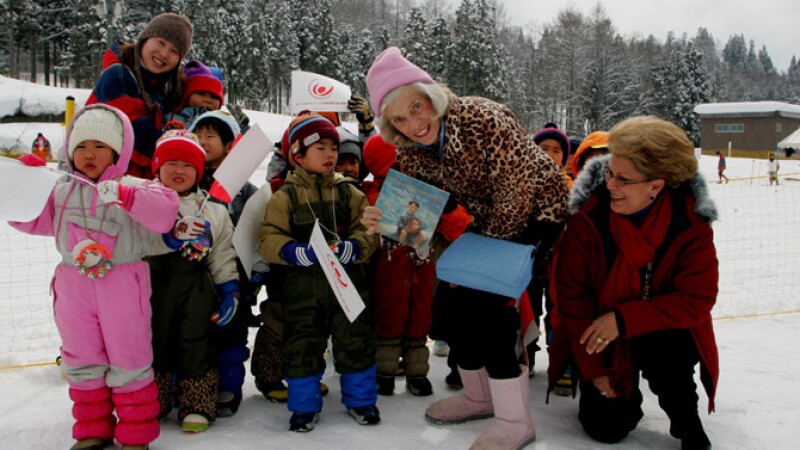 Eunice and Special Olympics board member Antonio Novello meet some young athletes in Nagano, Japan at the 2005 World Winter Games. 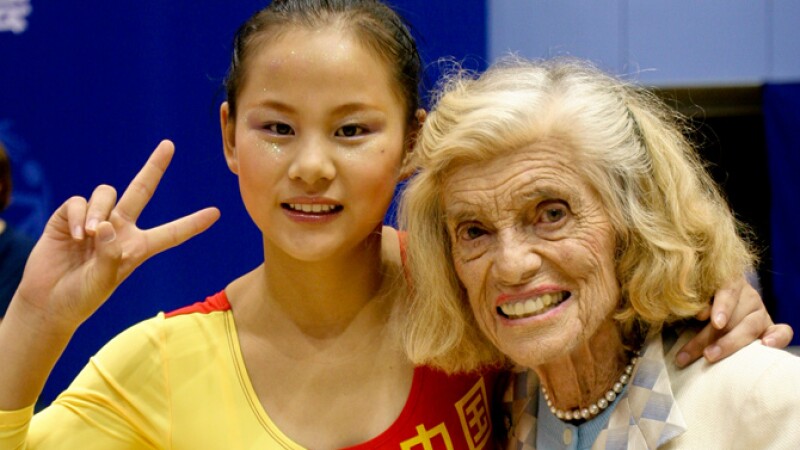 Special Olympics China athlete gives a peace sign as she gets a hug from Eunice during the 2007 World Games in Shanghai. 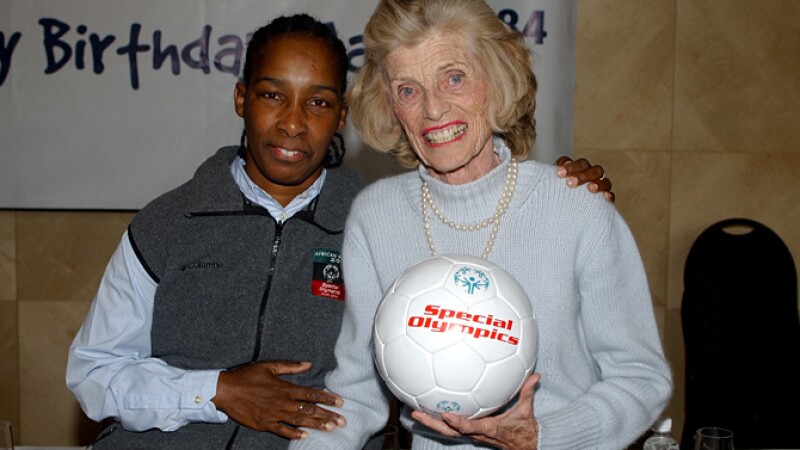 Over the years Eunice and Special Olympics athlete Loretta Claiborne developed a very special relationship. Here they are pictured following a press conference in Sandton, South Africa where a partnership is announced between Special Olympics and the Nelson Mandela Childrens Foundation.

Because Eunice is constant in her relationships, the lessons she communicates never stops. "I was just talking about Mrs. Shriver the other day," Loretta said not long ago. "I was telling this other woman something she said that I will carry with me the rest of my life: 'When the sun is out, you should be out.'

"The woman said to me, 'You know, you talk about that lady, Mrs. Shriver, all the time.'

"And I said, 'you know why? Because when you feel good about someone it just brings joy to talk about them.'"

Renee is not as public a figure as Loretta. But in her own way she has accomplished almost as much. She began as a Special Olympics athlete and eventually began working in the office as a receptionist. Eunice and others guided her and she became a model employee. "I have learned bravery from Mrs. Shriver. She is a very brave and courageous person. Everything she has said to the athletes to be, she is herself."

Renee took Eunice's advice to heart and has finished high school and is now pursuing a college degree as she works in the Special Olympics Healthy Athlete Program.

"Over the years, she has done so many things for me personally, from teaching me to study English, Math and History to advising me on raising my daughter. I have learned a lot from Mrs. Shriver and she has helped me grow."

Every interaction with a Special Olympics athlete has been meaningful and she has left a lasting impression.

"She always knew my name and was interested in how I was doing," said Katie Meade, Sargent Shriver International Global Messenger from Iowa.

And, lest anyone think Eunice's friendship with the athletes be born from pity or insincere, they need look no further than her own words.

"I love to have them teach me. I learn a lot of things from them. I learn persistence. I learn guts. I learn courage. I learn commitment."

"You have taught us that what matters is not power or politics, weapons or wealth. What truly counts is the courageous spirit, the generous heart