The last thing the young Eunice Kennedy ever thought about was awards or accolades. When the movement started, remember, it was not exactly a prescribed path to glory. It was a protracted and frustrating struggle to get the playing field for people with intellectually disabled somewhere near level. Rewards would come, if at all, only in small, calibrated bits.

But once Eunice had succeeded beyond everyone's wildest expectations--perhaps not her own because she expected so much of herself--the recognition began to come. Eunice grudgingly accepted it because, as she saw it, any reward that came to her was a plus for Special Olympics, a way to continue to publicize the movement. 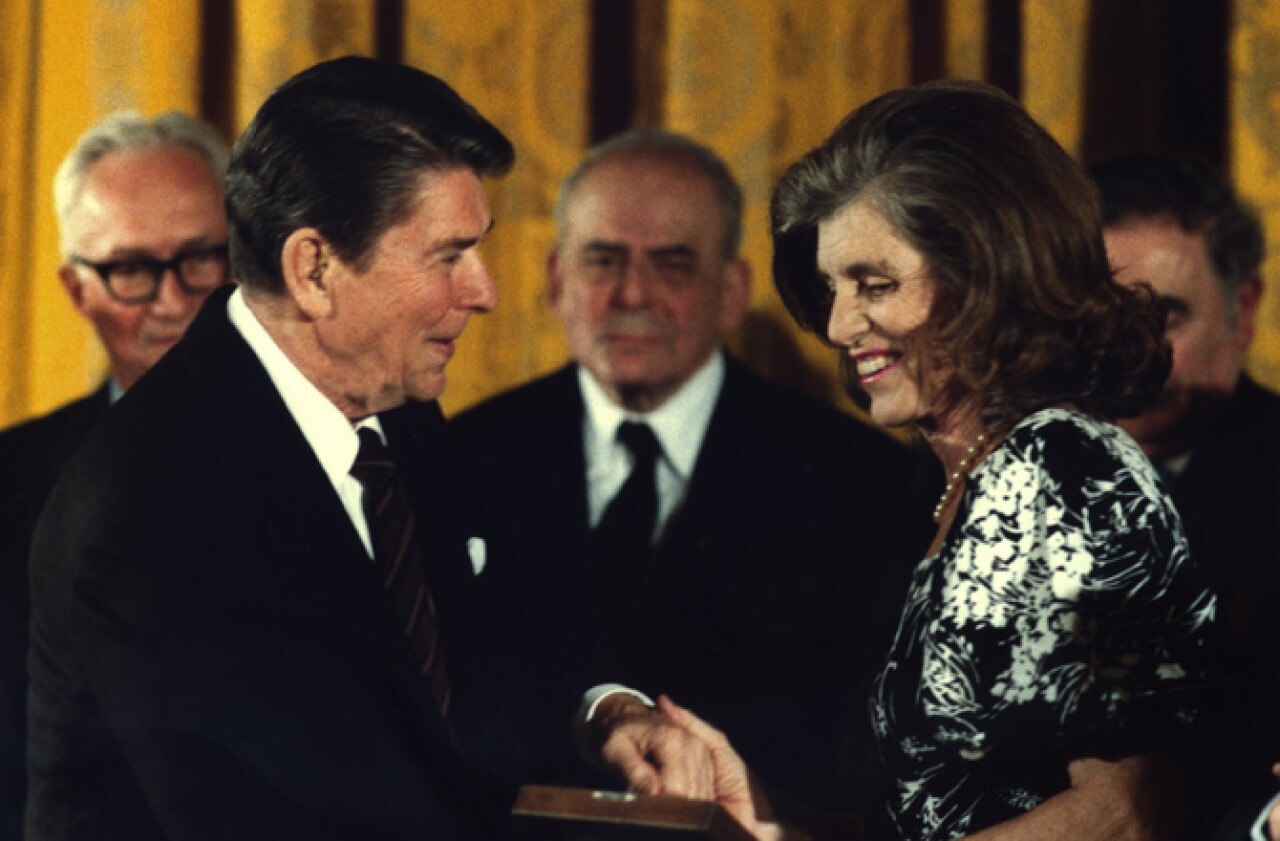 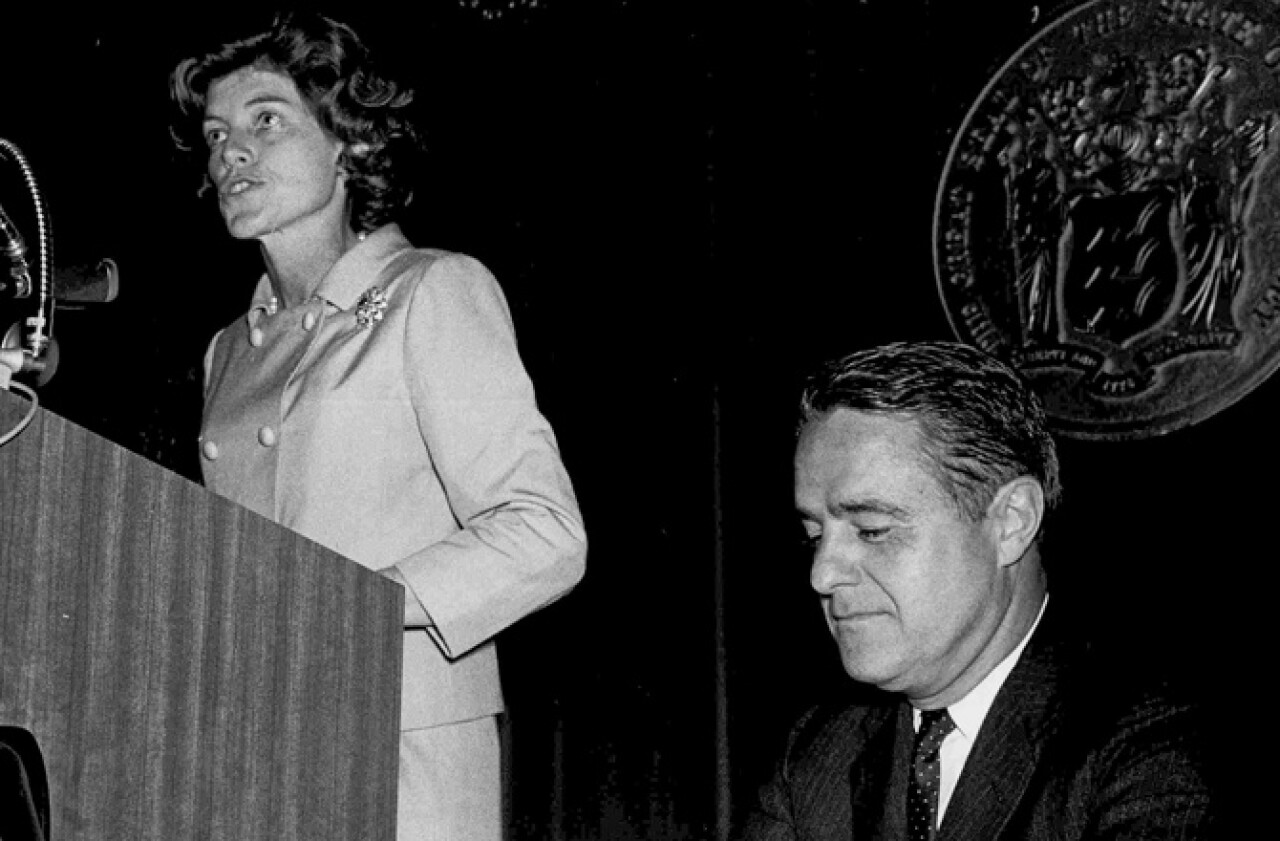 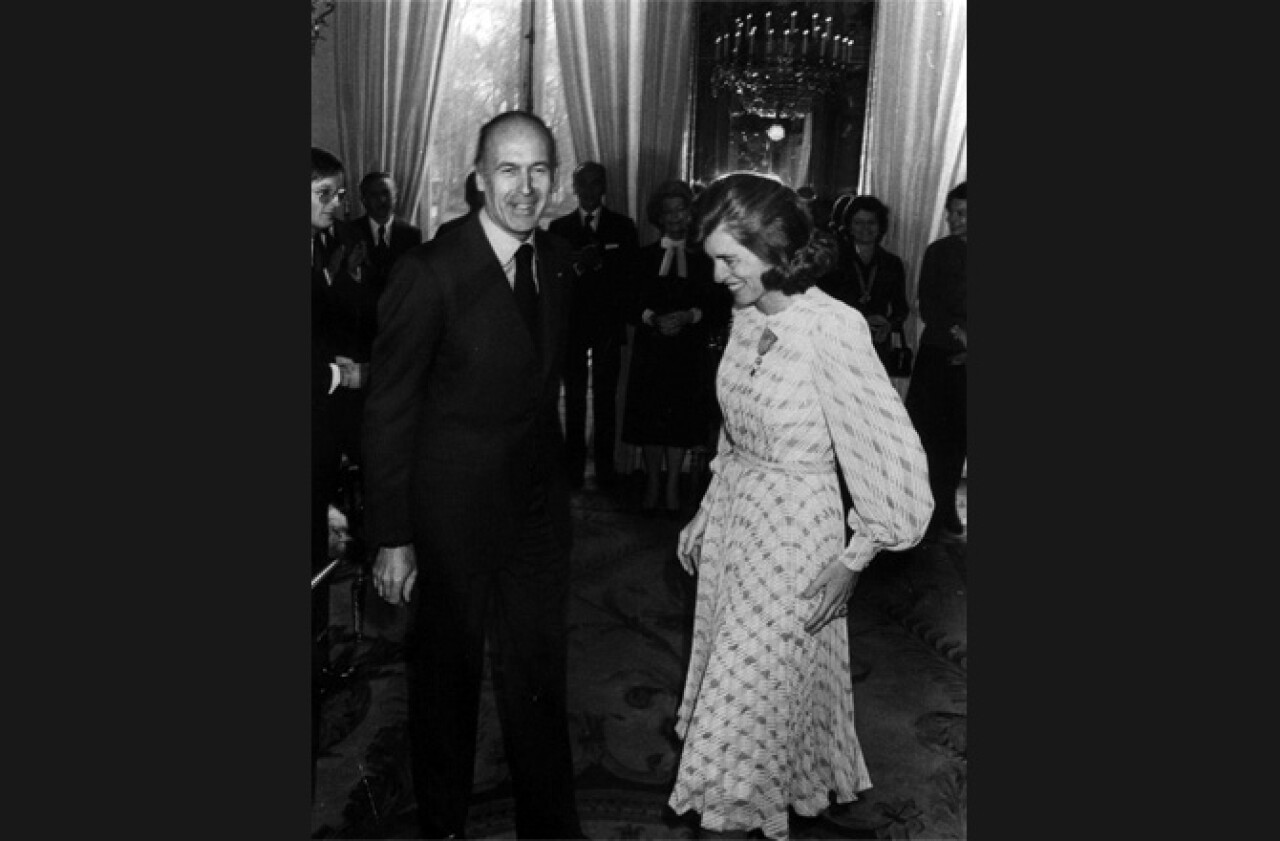 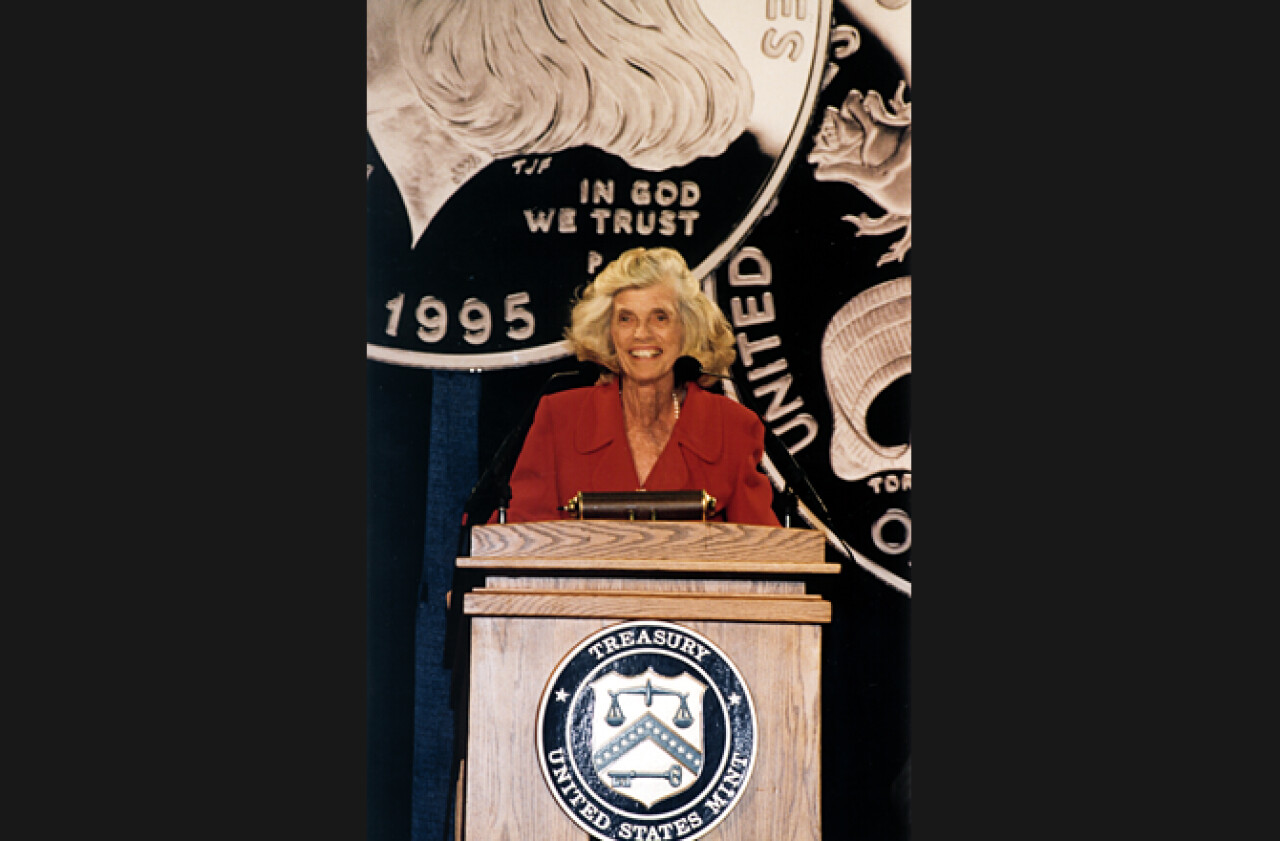 Eunice speaks at the official coin ceremony at the US Mint in Philadelphia for the Eunice Kennedy Shriver silver dollar coin celebrating the 1995 Special Olympics World Summer Games. The coin is the only currency ever created in the United States depicting a living woman. 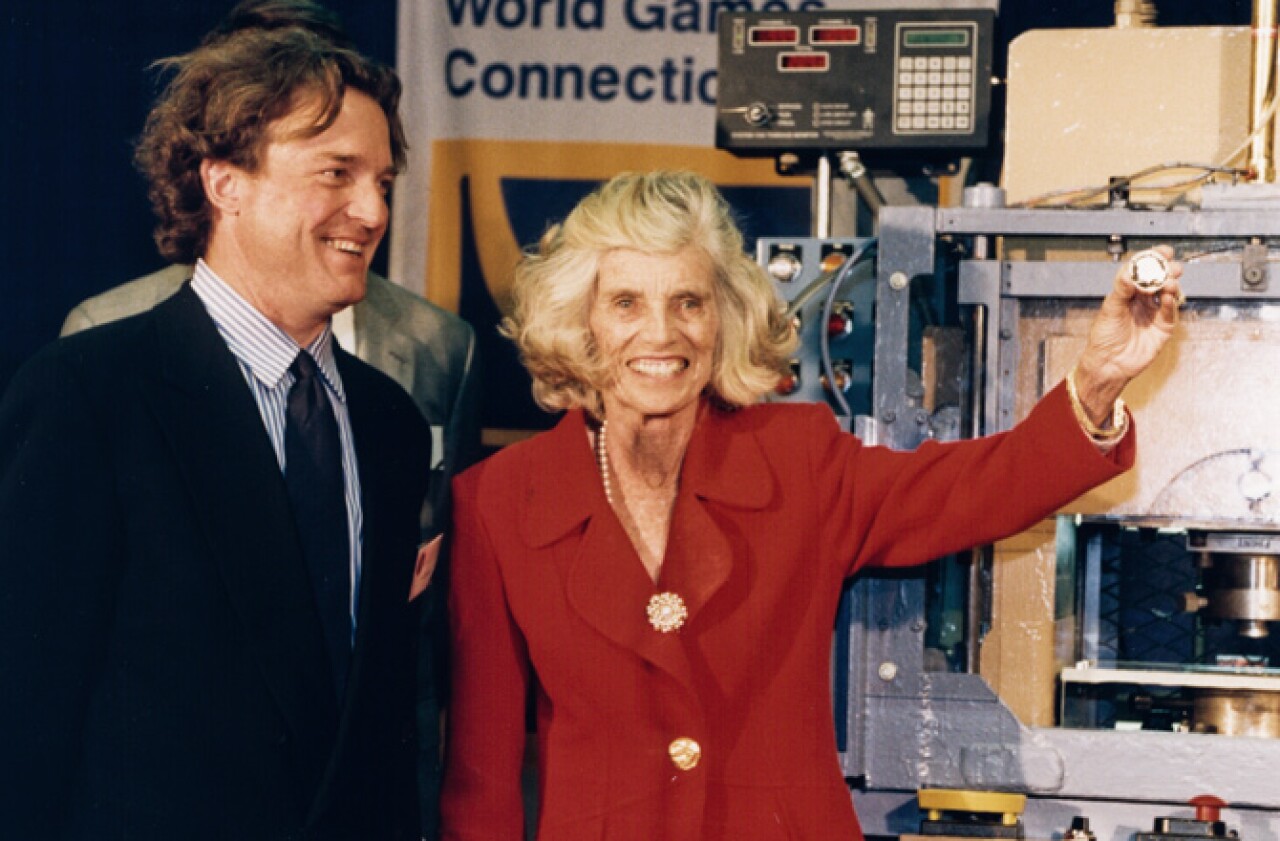 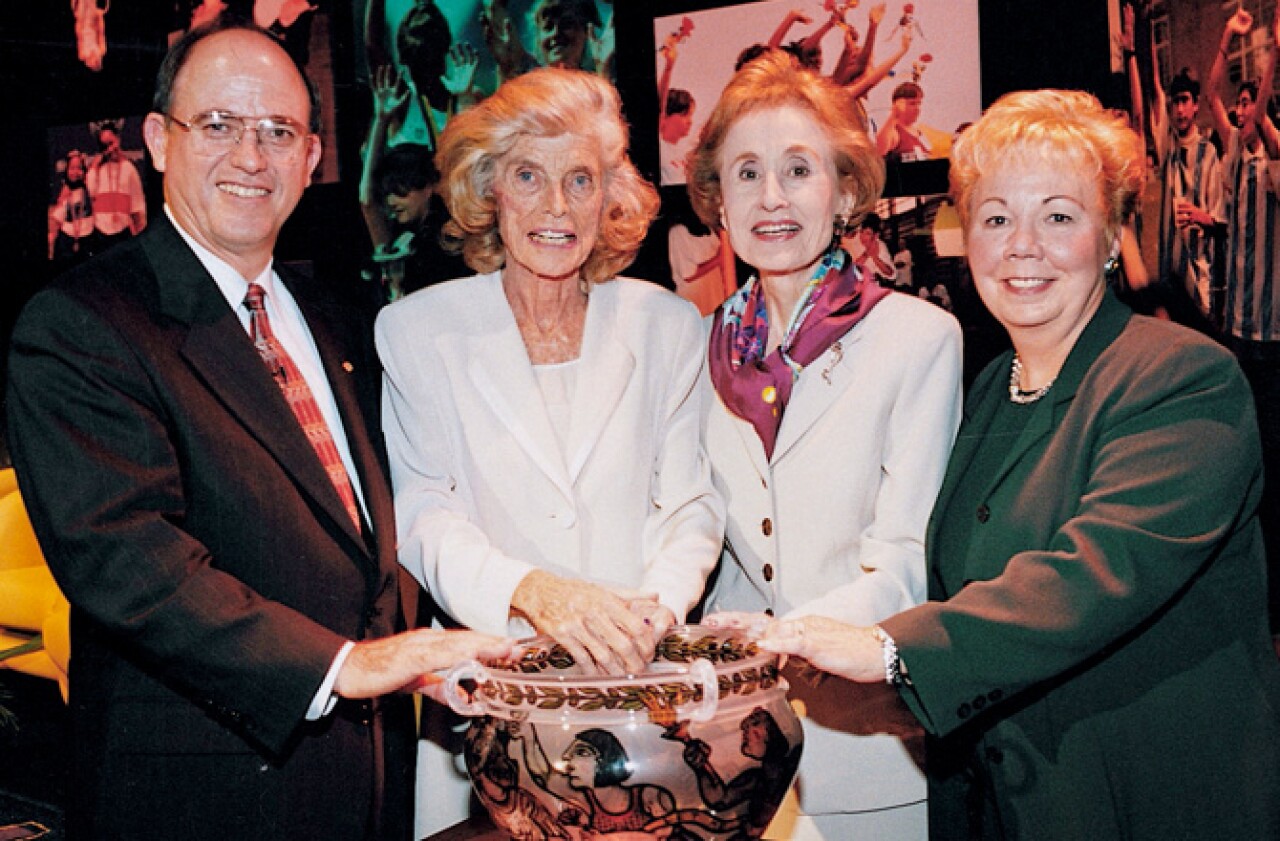 Eunice pictured with former Secretary of Commerce, Juanita Morris Kreps, receives the Juanita Kreps Award in 1999 presented annually by The J.C. Penney Company to a woman who has been an outstanding role model for the nation. 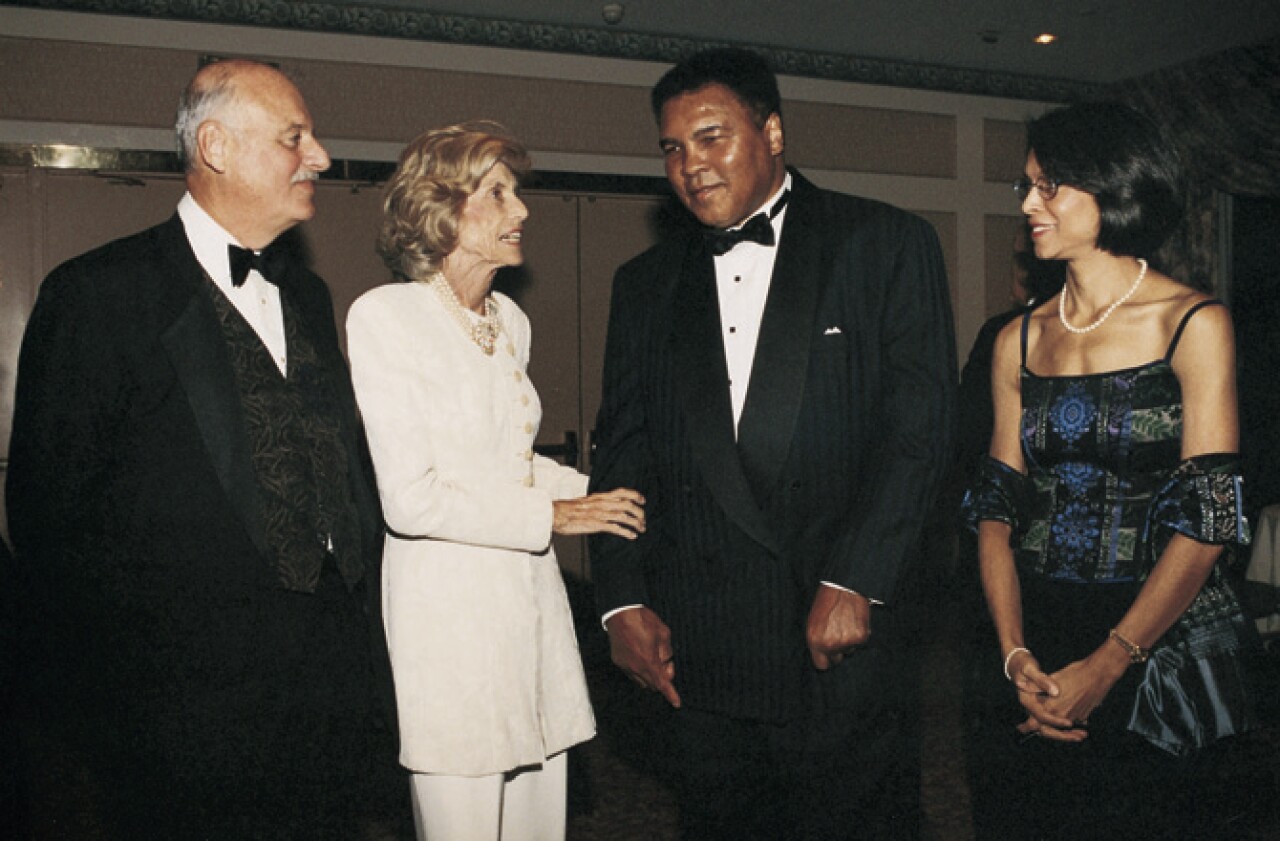 Eunice greets long-time friend of Special Olympics Muhammad Ali, Richard L. Huber, chairman of Aetna, Inc, and Jeanne Moutoussamy-Ashe at the Voice of Conscience Awards Gala where she received the Arthur Ashe Award given annually to the person who has broken barriers and furthered humanitarian ideals. 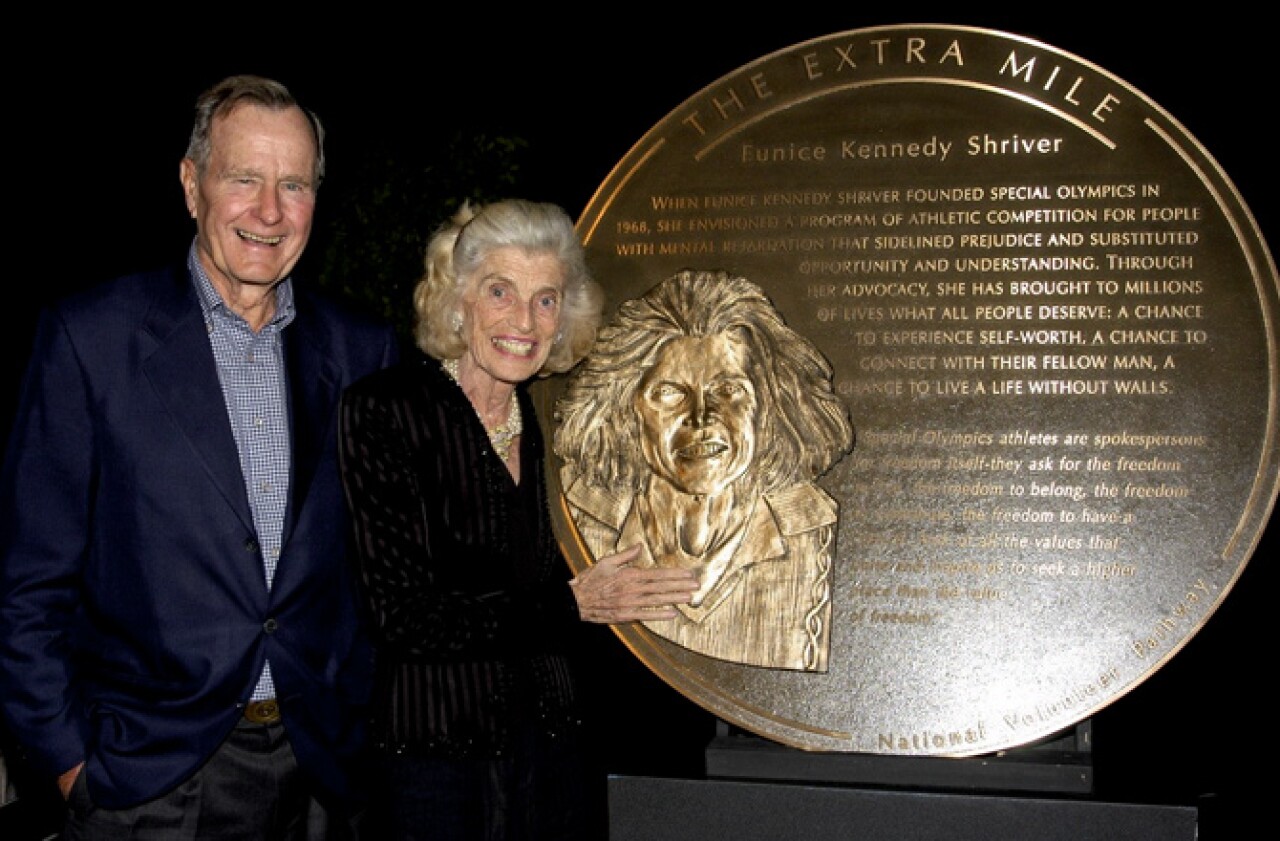 As part of the Extra Mile National Volunteer Pathway, an initiative of the Points of Light Foundation, U.S. President George H.W. Bush recognized Eunice for her volunteer contribution to America. 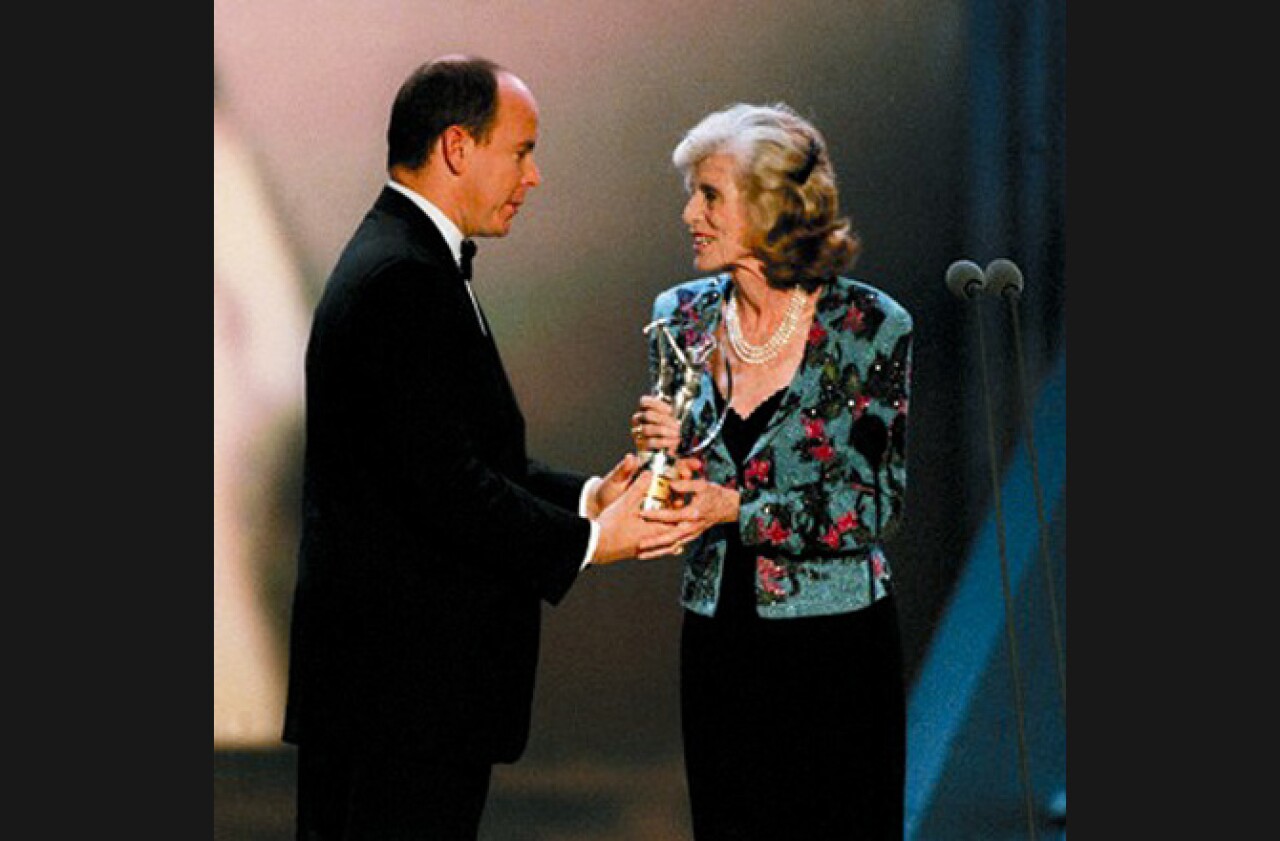 Prince Albert of Monaco presents Eunice the Laureus Sport for Good Award, for her tremendous contribution to sport and society through Special Olympics. 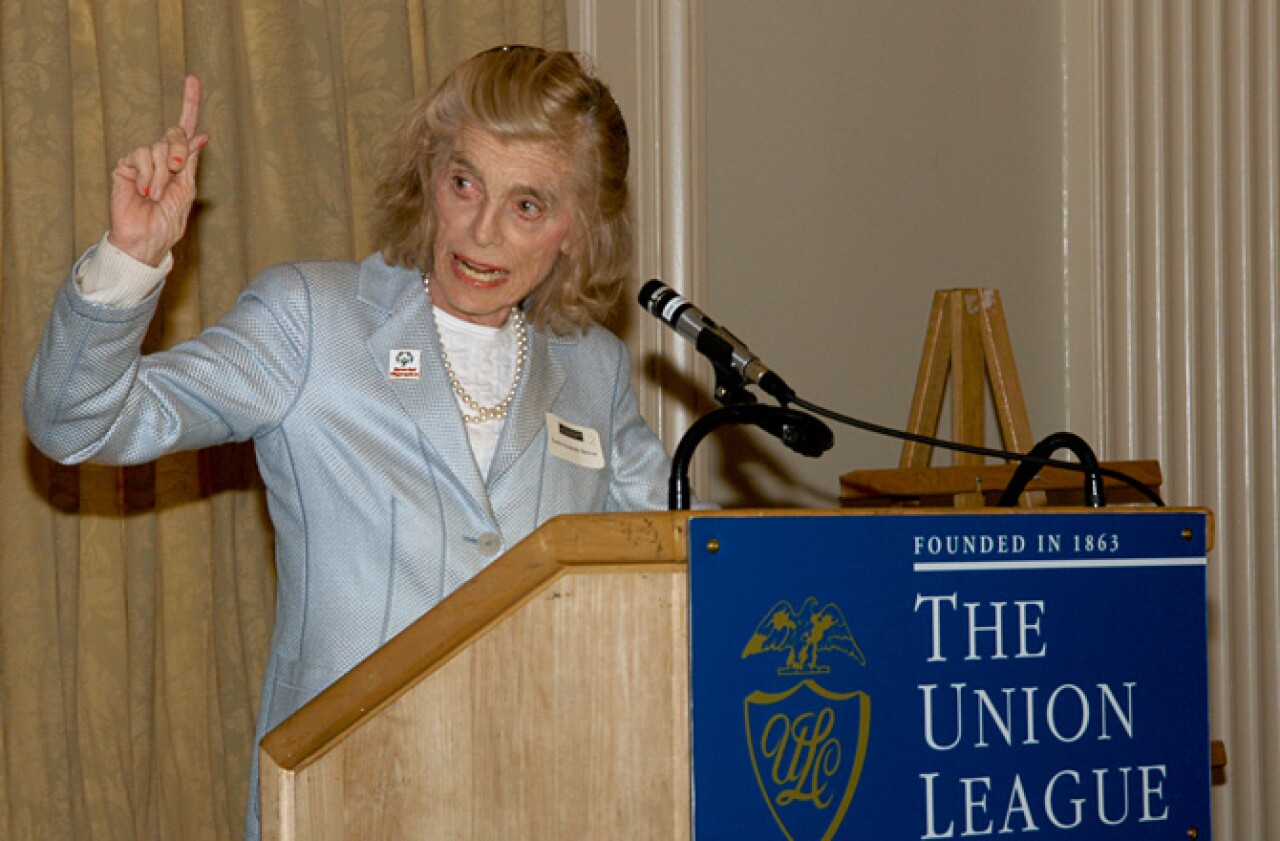 In 2006 Eunice receives the William E. Simon Prize for Philanthropic Leadership in honor of her exemplary leadership in promoting positive change and inspiring others. 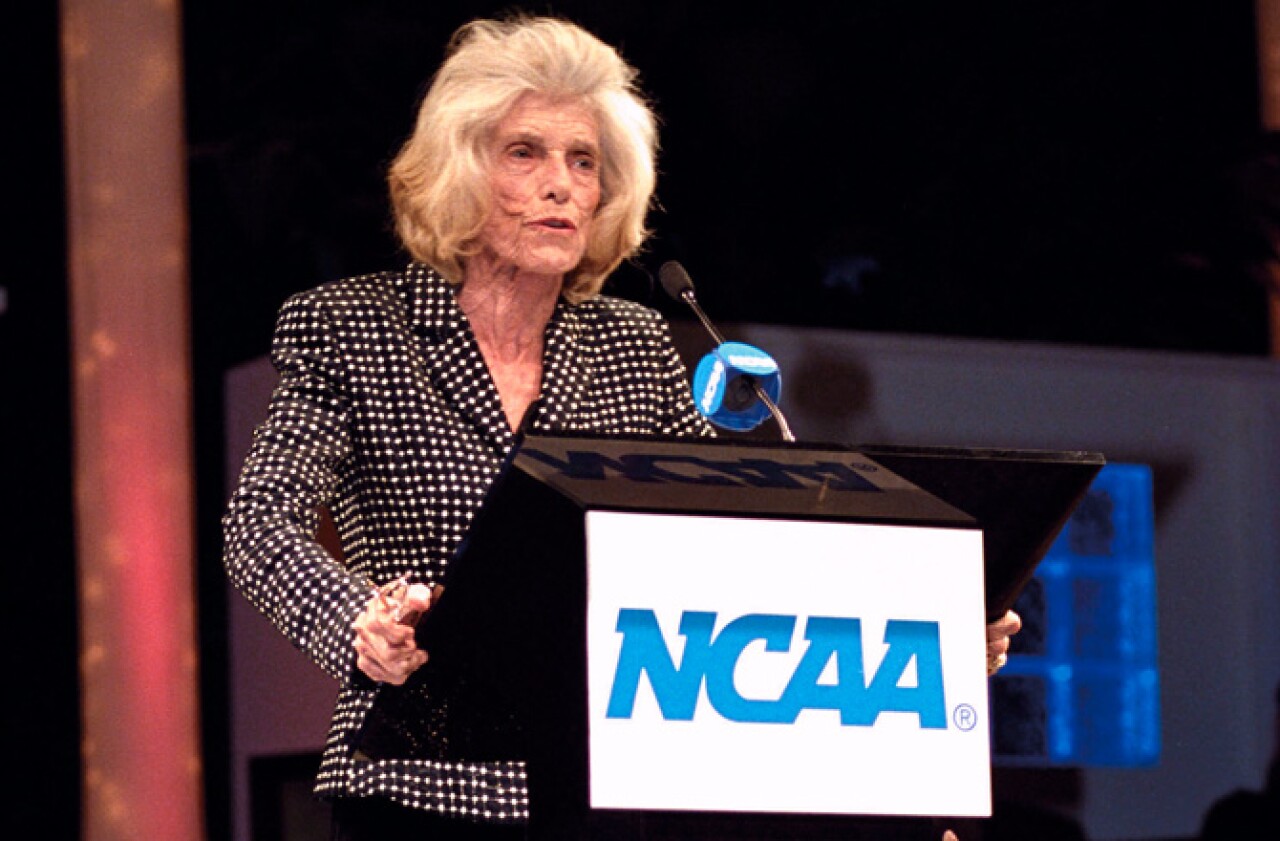 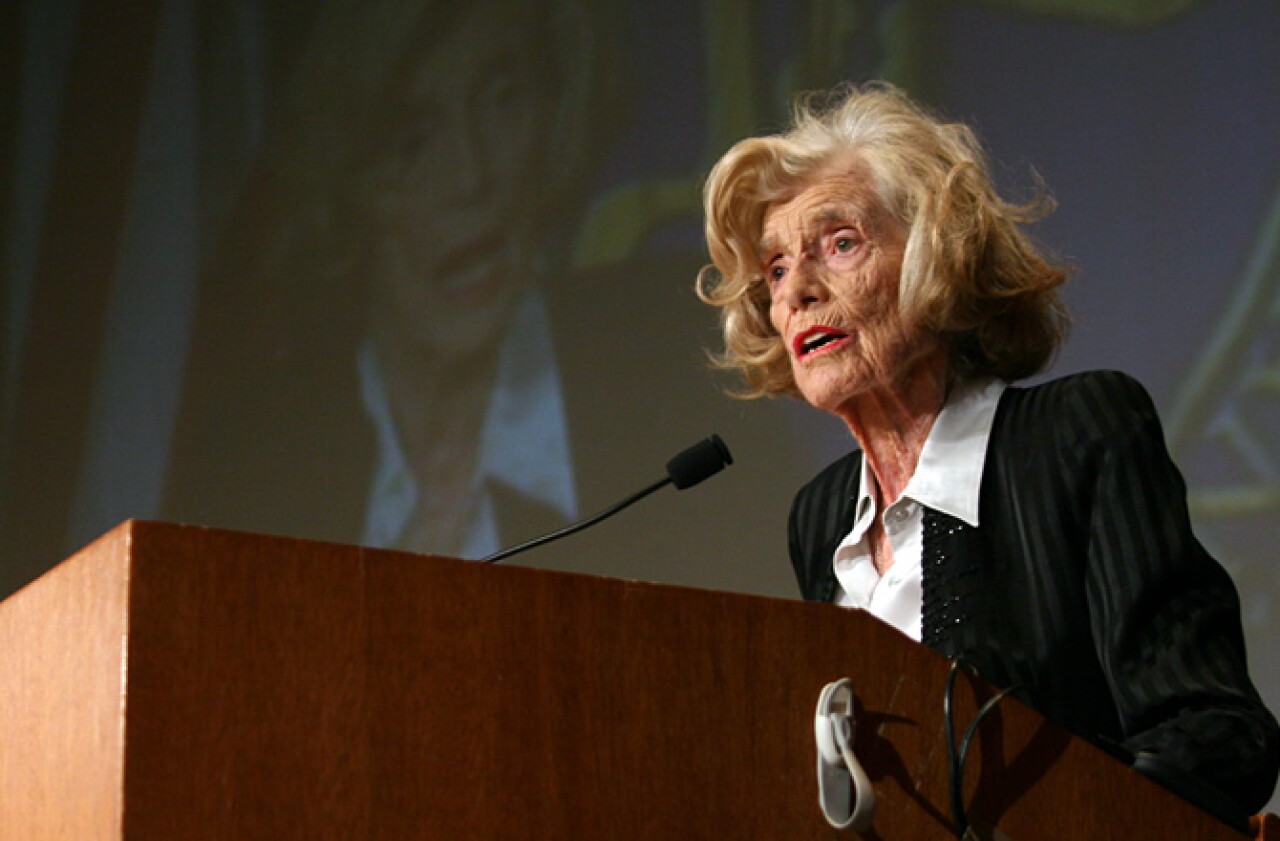 Eunice speaks during a ceremony at the U.S. National Institute of Child Health and Human Development, which through an act of the U.S. Congress was renamed in her honor. 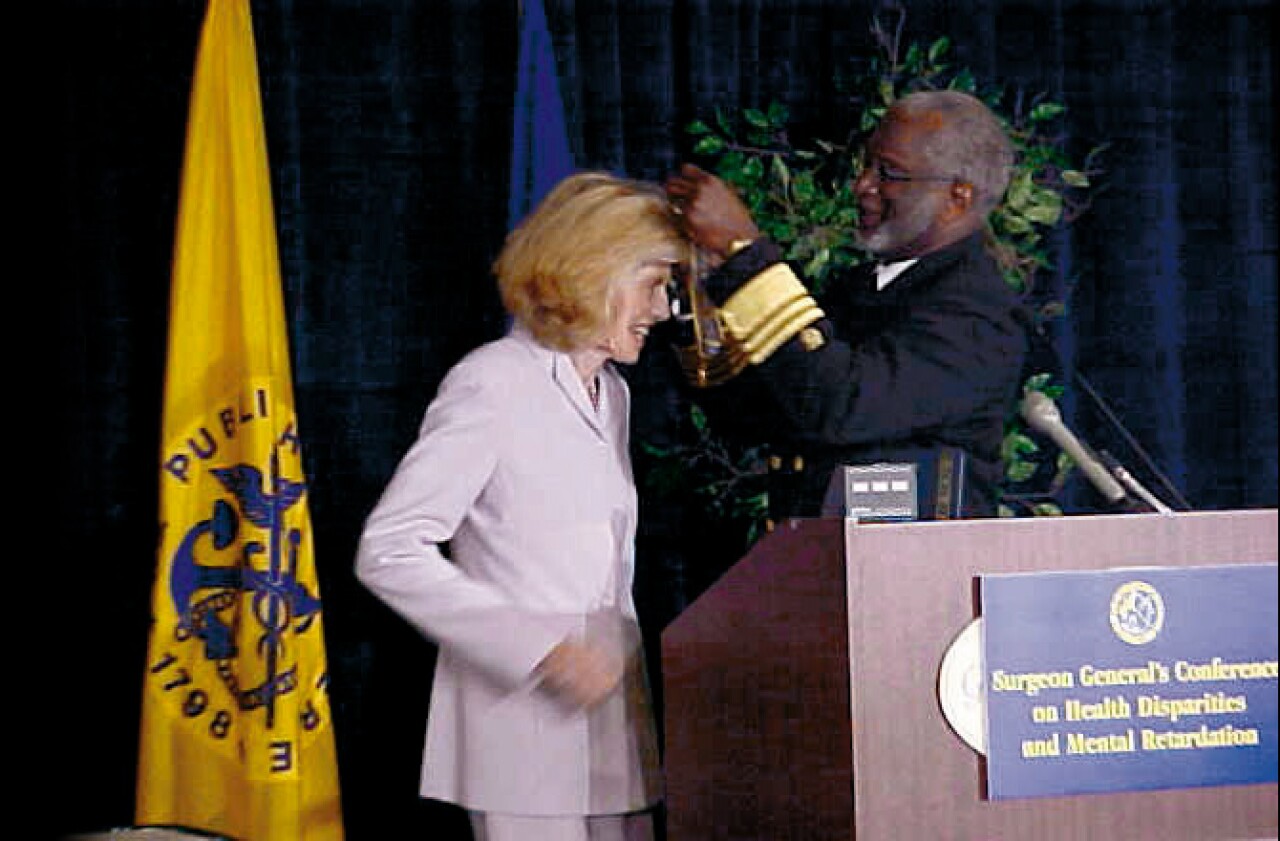 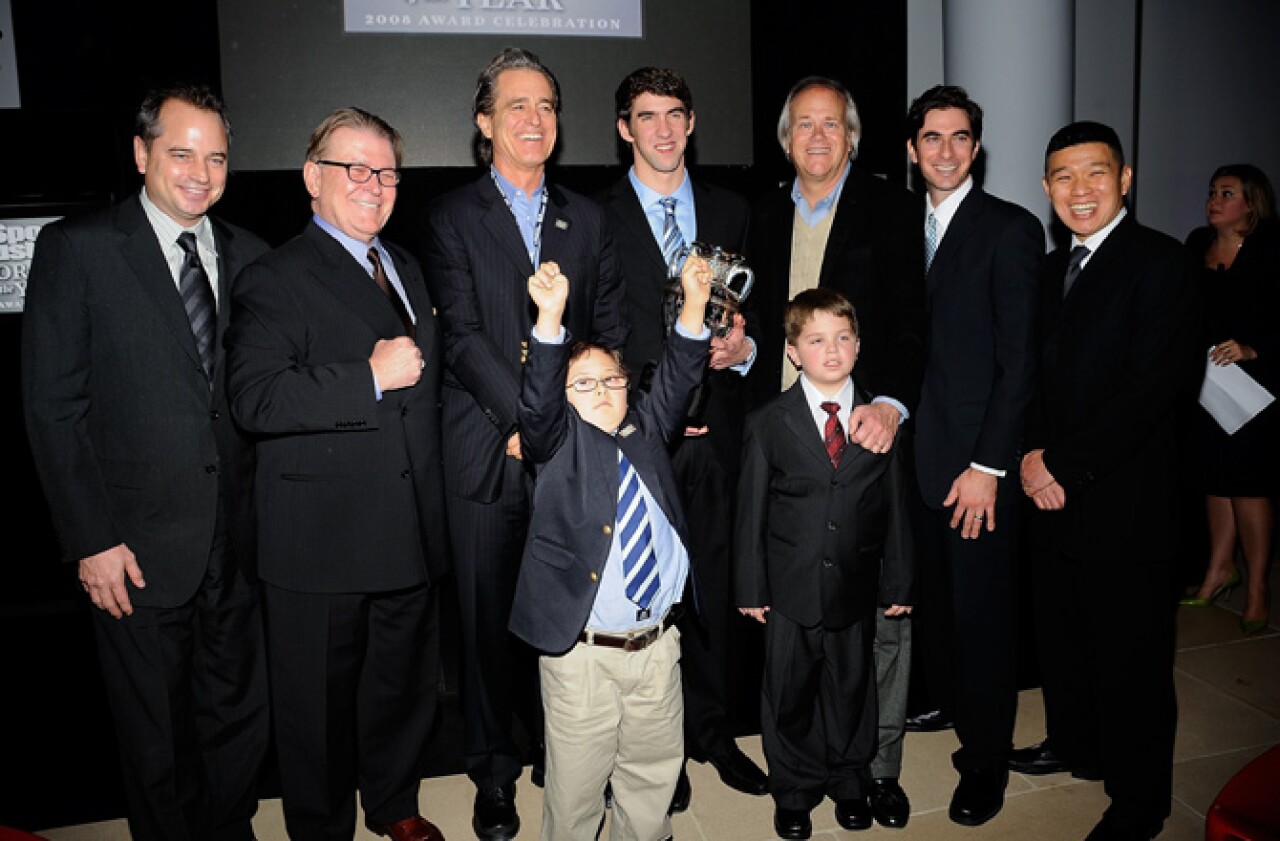 In 2008, Eunice received the first annual Sports Illustrated Legacy Award in recognition of a lifetime of contribution to sports. Photo by Gary Gershoff/WireImage.com. 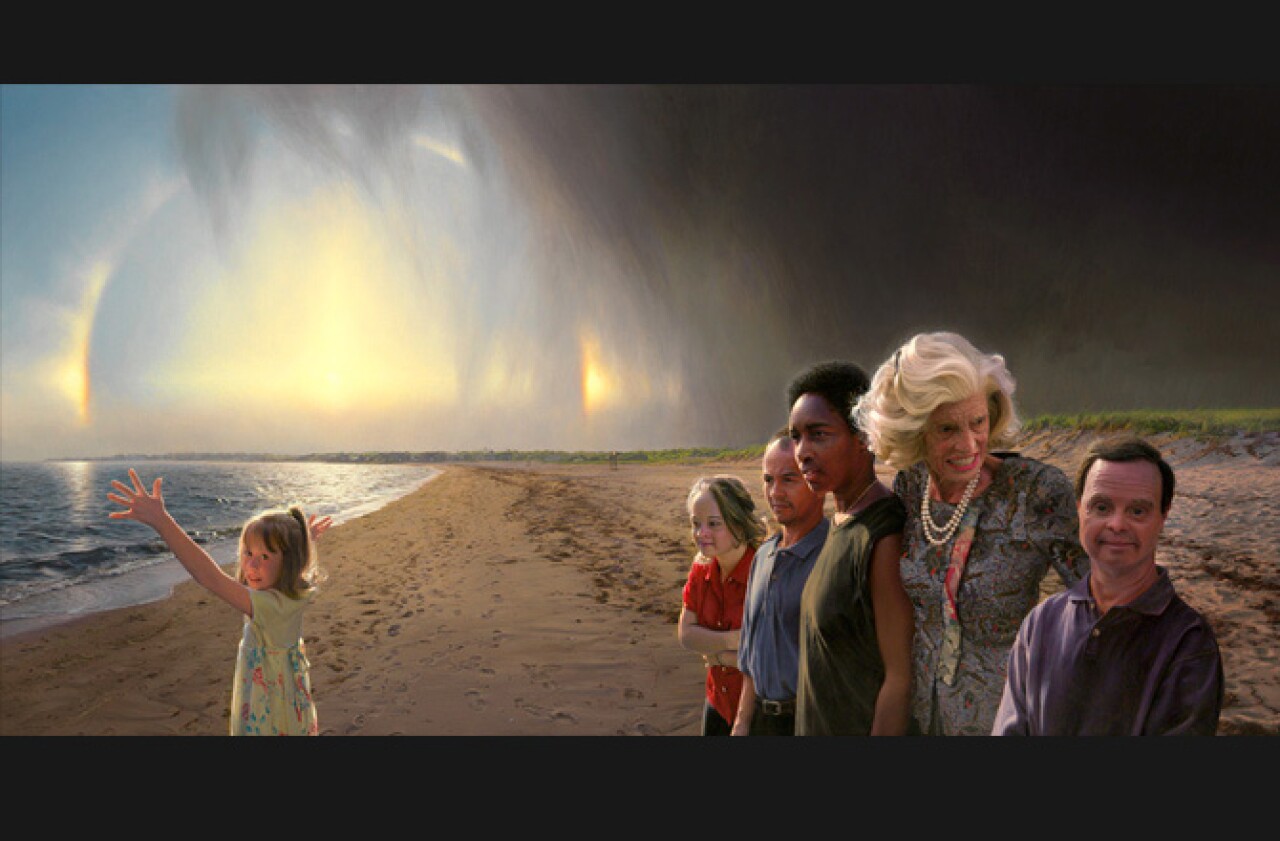 The National Portrait Gallery unveils a historic portrait of Eunice and five Special Olympics athletes painted by David Lenz. This historic painting was the first portrait the Gallery has ever commissioned of an individual who has not served as a U.S. President or First Lady, and will become a part of the permanent collection. 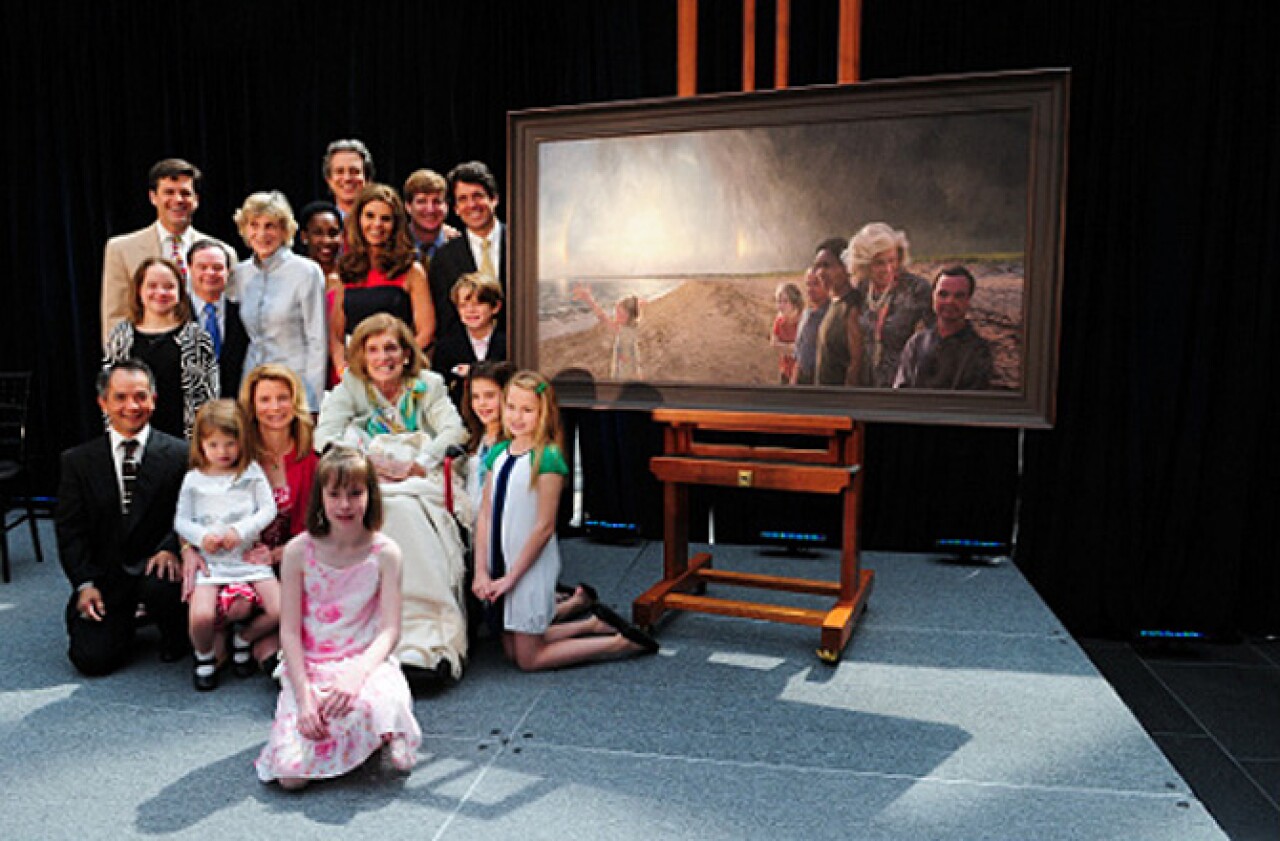 Eunice and the athletes featured in the National Gallery portrait: Andy Leonard, Katie Meade, Marty Sheets, Loretta Claiborne and Airika Straka, at the May 2009 unveiling.