Many people tell the story of the Special Olympics athlete who stops mid-race to help a fellow athlete who has fallen. It is the purest form of sportsmanship. But, those who have witnessed Special Olympics know first-hand that at its core it is about competition and sport. Eunice makes sure of that.

From the outset, Eunice wanted it to be about competition. Yes, there would be sportsmanship and the implicit idea that different competitors compete with varying degrees of proficiency. But at the root it was about sport. Eunice herself was a competitor and knew how sport and competition improved skills both on and off the playing field.

Eunice wanted to emphasize the idea that athletes could practice, learn proper techniques under the trained and watchful eye of a coach, work hard to improve, then endeavor to show improved results in competition. She knew this was important for not only the athletes to achieve their potential and grow, but also for the world to recognize their talents and abilities. This is a critical message she conveys to the thousands of volunteer coaches that stand behind the athletes.

Take the example of Loretta Claiborne, who is today Special Olympics' most celebrated athlete, a multi-time gold-medal winner, a spokesperson, a liaison, a coach herself. One day in 1972 Loretta was competing in the 300-yard dash in a meet in California and got cut off by another competitor. As Loretta walked off, angry as could be, her coach said to her, "There's somebody I want you to meet." "This lady, who looked like my great aunt or somebody, said a few words about the race and came across as really nice," remembers Loretta. "That was the first time I met Mrs. Shriver."

The second time was in the early 1980s at another race, by which time Loretta was an established athlete. "You're a good runner," Eunice said to her. "You know what? I'm going to come out and watch you compete." She did, and from there Eunice and Loretta built a deep bond. 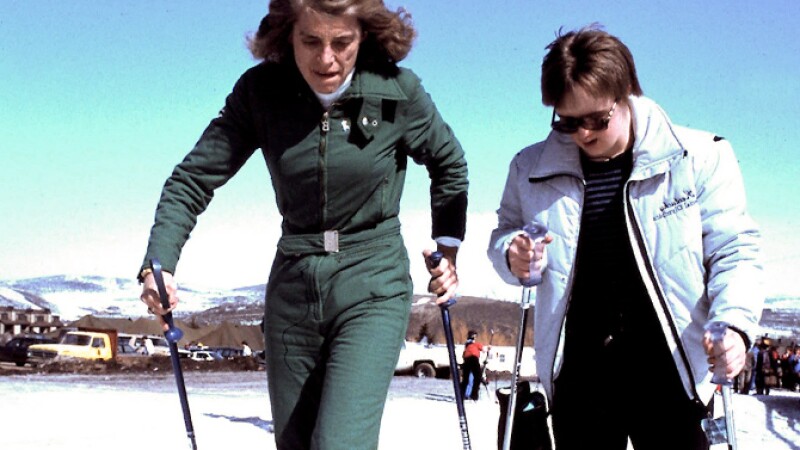 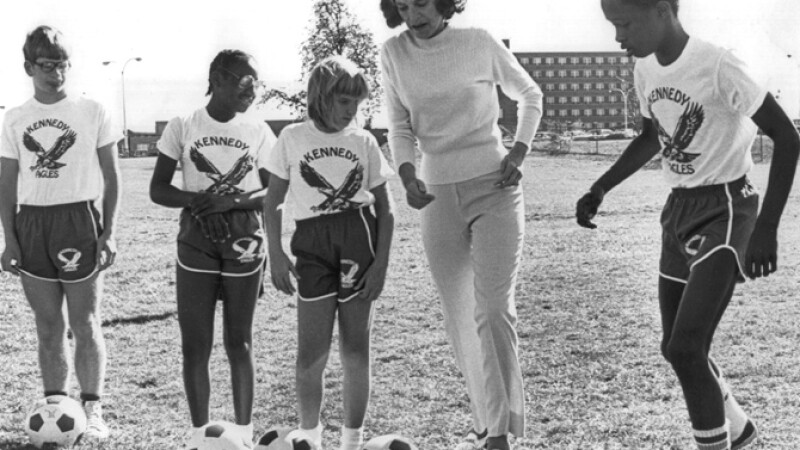 Eunice demonstrates her dribbling skills at a soccer clinic in Washington, D.C. 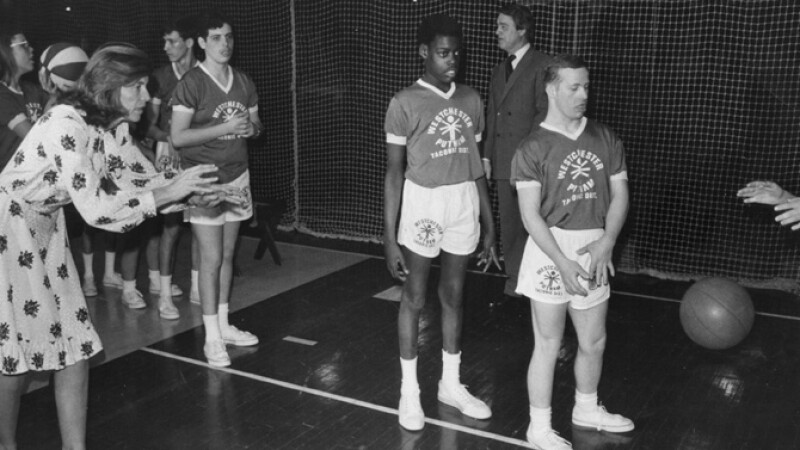 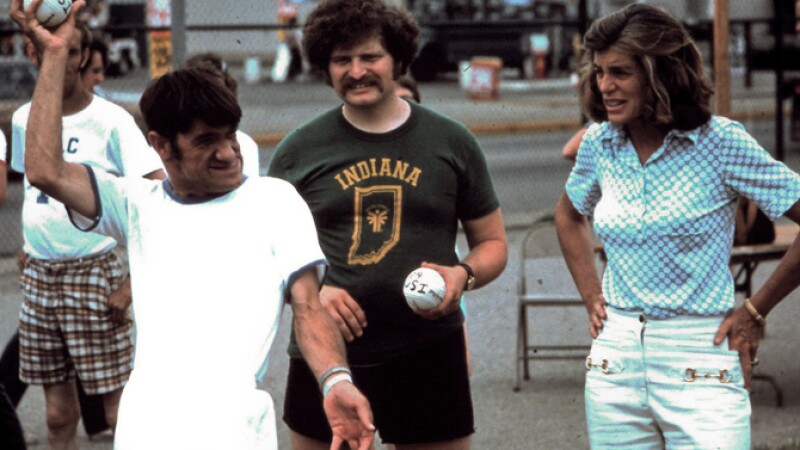 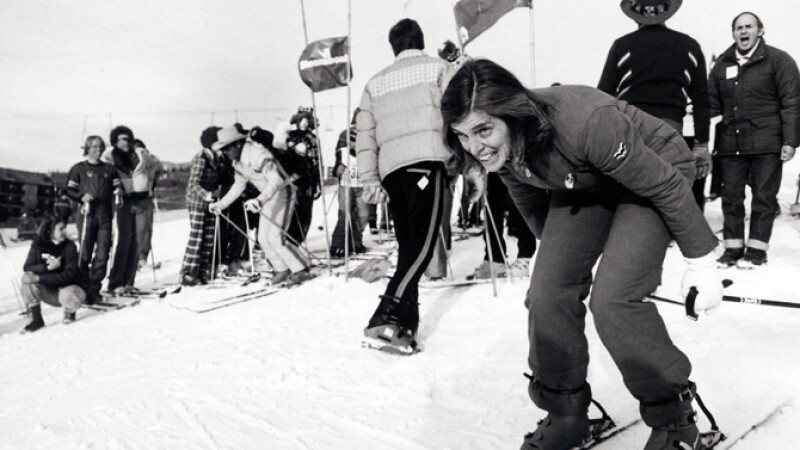 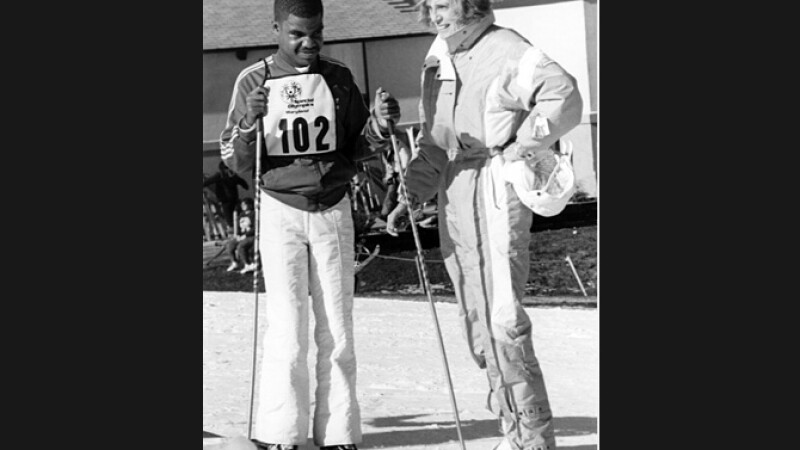 Eunice frequently visits Special Olympics events in her home state of Maryland. Here she provides some tips to a cross country skier. 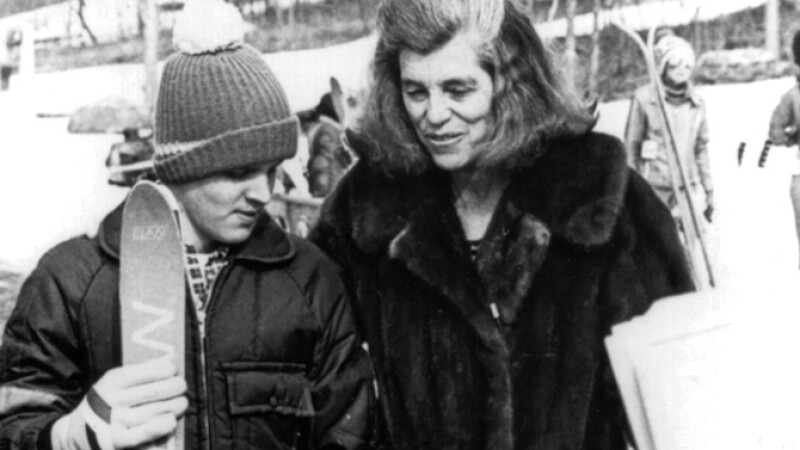 Eunice talks with alpine skier prior to competing at the 1993 World Winter Games in Schladming, Austria. 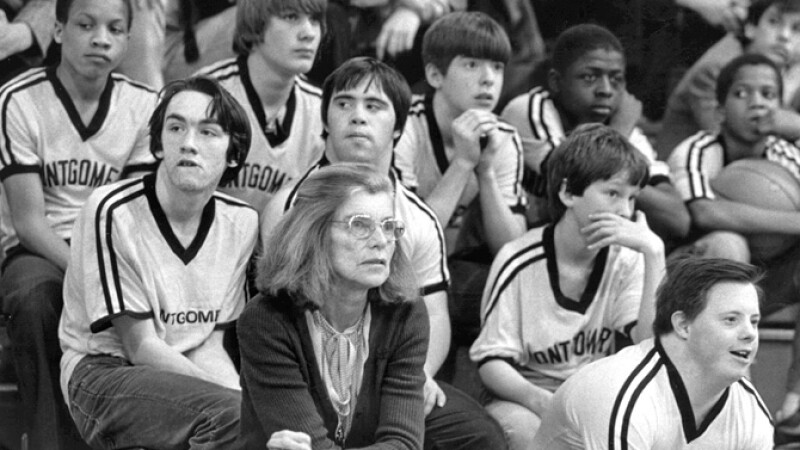 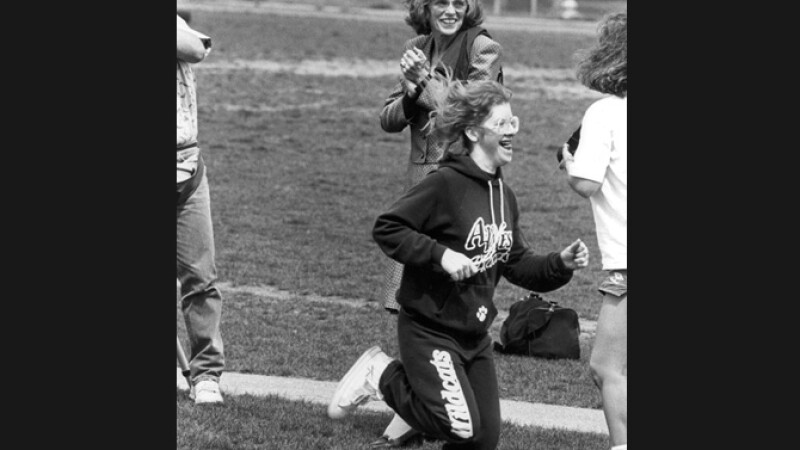 During her travels, Eunice always tries to schedule time to visit a local Special Olympics practice session such as pictured here at Avral High School in Avral, Colorado. 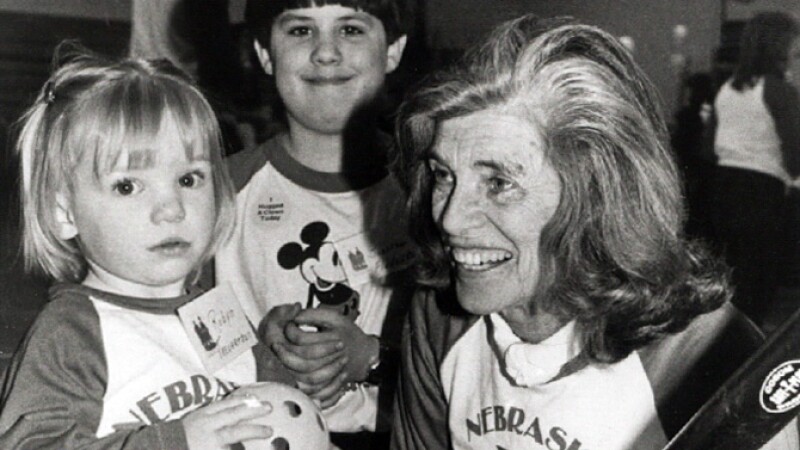 In 1979, Eunice introduces Let's Play to Grow, a program focused on introducing motor activities through play to young children. 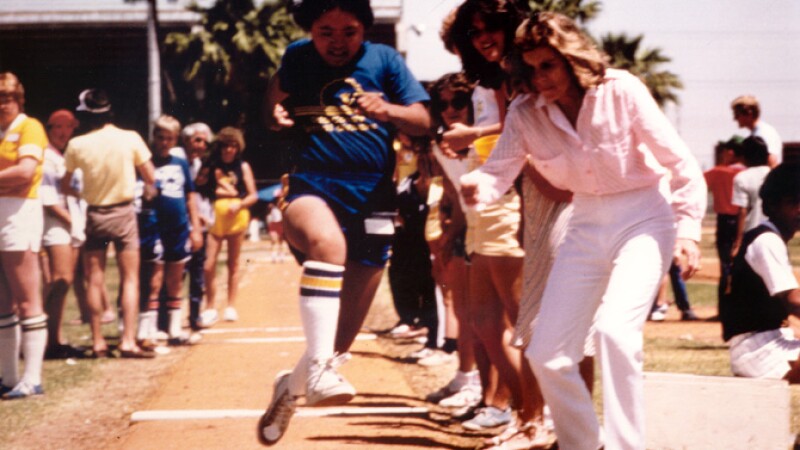 Eunice and her daughter Maria Shriver cheer on an athlete at a meet in Arizona in 1983. 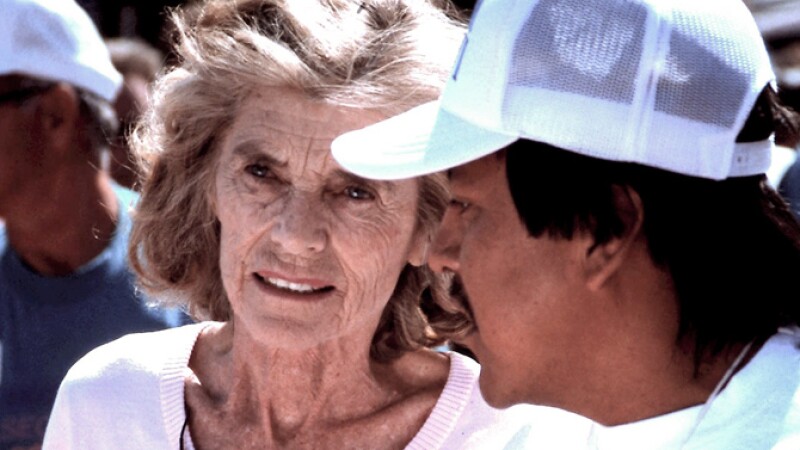 Eunice talks to a coach at the 1991 Special Olympics World Summer Games.

Eunice sits down with a coach and takes notes in her notebook. 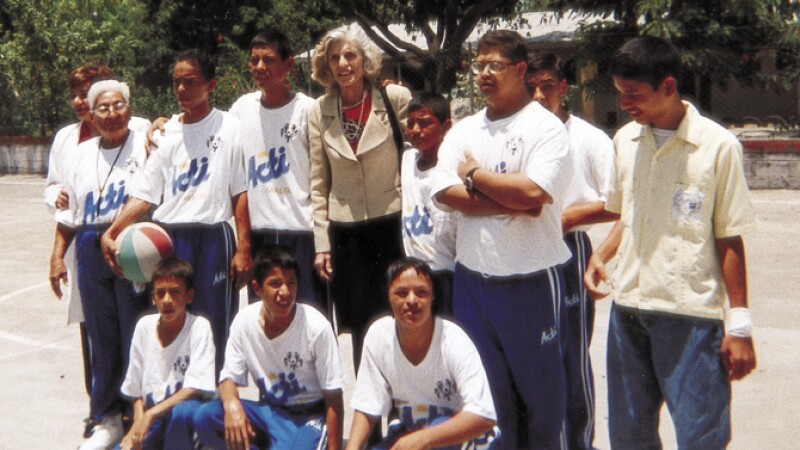 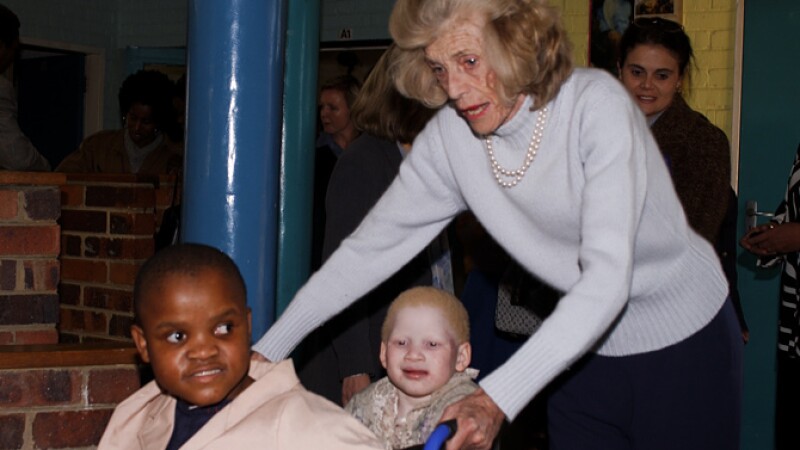 At Takalani School in Soweto, South Africa, Eunice demonstrates to a young athlete how to push his friend in a wheelchair.

But here's the point: Eunice made the competition the essence of the relationship. I'm going to come out and watch you compete.

In many places Special Olympics is more about community, and, well, in some respects it is. Welcome, acceptance, friendships, and fun can all be found at Special Olympics.

But, you can bet that when Eunice goes to a Games, it's all about the competition.