Eunice's Connection to the Families of the Special Olympics Movement

You hear a lot today about the sacrifices parents make so their children can participate in sports. Most of the tales are about driving kids to practices and games three times a week and sacrificing restaurant dinners and vacations to buy them the best-quality equipment and instruction.

Much of that time, energy and money, though, is too often being spent for the parents, who are either revisiting their own youth or attempting to prepare their child for a college scholarship or pro career that, odds are, will not eventuate anyway.

Now imagine you're the mother, father, brother or sister of a Special Olympics athlete. Think of the dreams that were shaken in an instant when you realized that your child was "different." The joy and anticipation that accompanies birth quite rapidly changed to uncertainty and fear. As your child matured, sacrifice and struggle were part of the daily ritual and the stares of strangers cropped up everywhere.. The idea of your youngster becoming the next Michael Jordan, Nadia Comaneci or Michael Phelps faded daily in the face of an unaccepting world.

From the outset, Eunice realized the extraordinary amount of familial dedication it would take to make Special Olympics a success, and so she geared almost as much of her time and energy to encouraging family members as the athletes themselves. There were reasons personal and pragmatic for that; the former stemmed from her own family's experience with Rosemary, the latter because Special Olympics Programs simply weren't going to get off the ground without the support of everyone in the athlete's family. 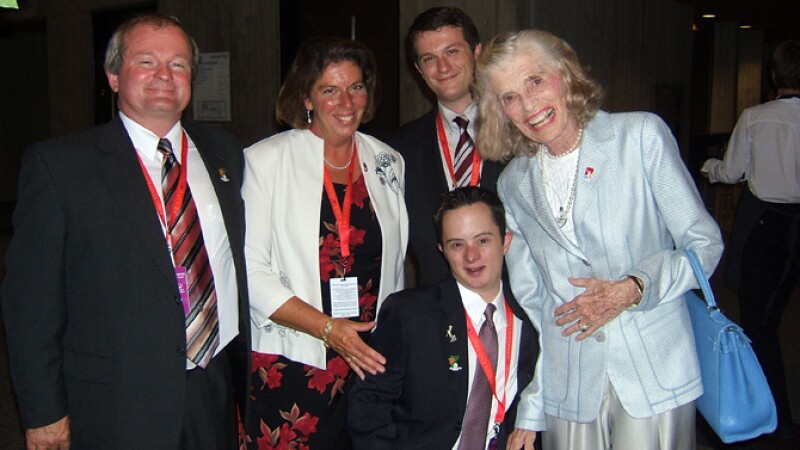 Eunice Kennedy Shriver with the Daniels Family from Vermont: (From left) Mr. and Mrs. Daniels, Ben Daniels, and Troy Daniels next to Eunice. 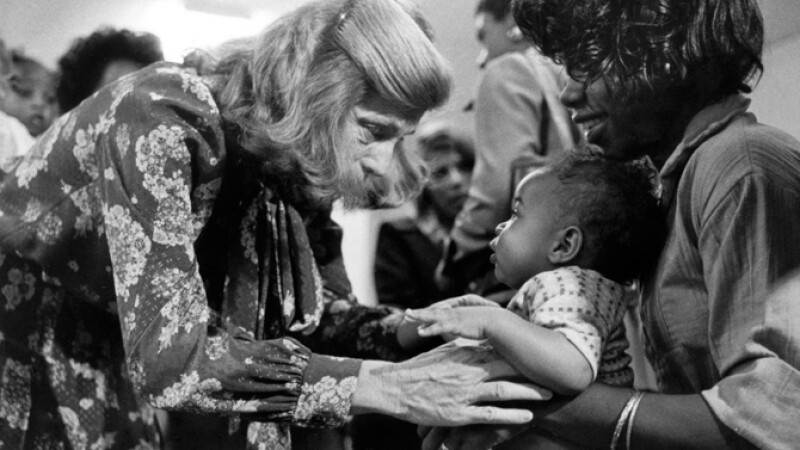 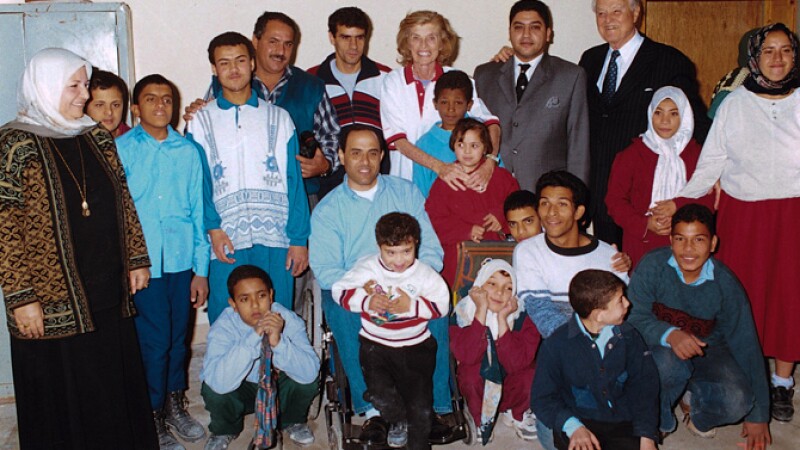 While in Egypt, Eunice inspires parents with her message of hope. 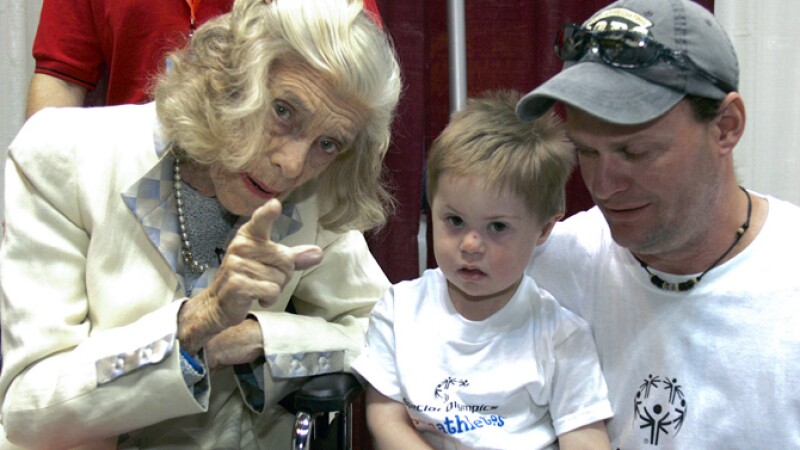 In 2006, Eunice talks to a father and his young son at Young Athletes demonstration in Ames, Iowa. 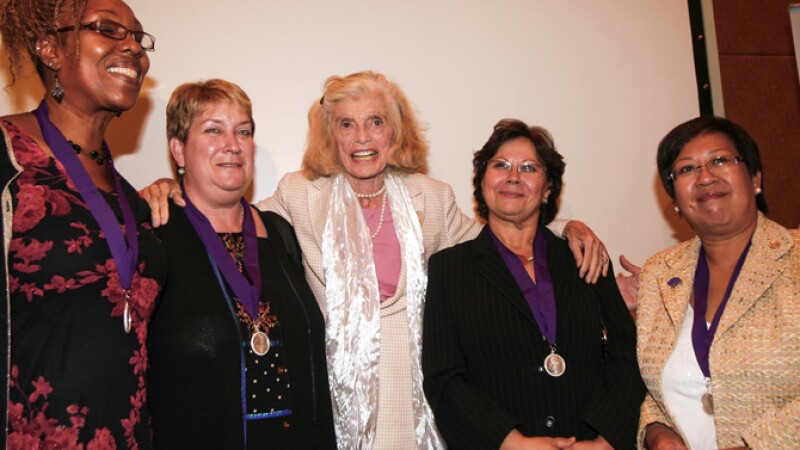 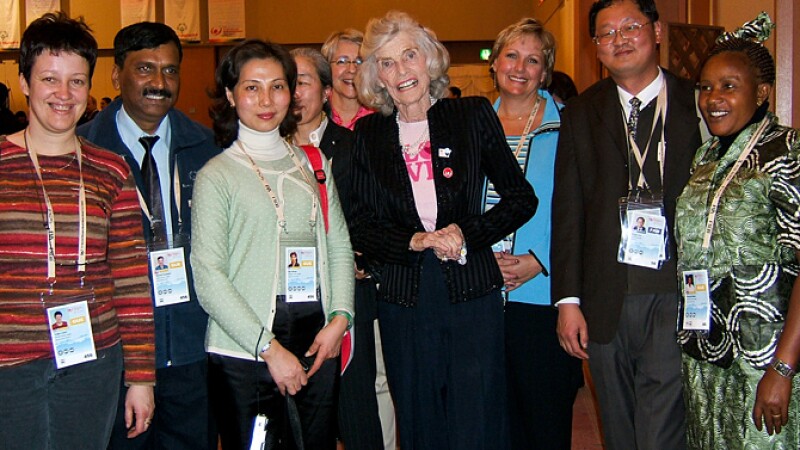 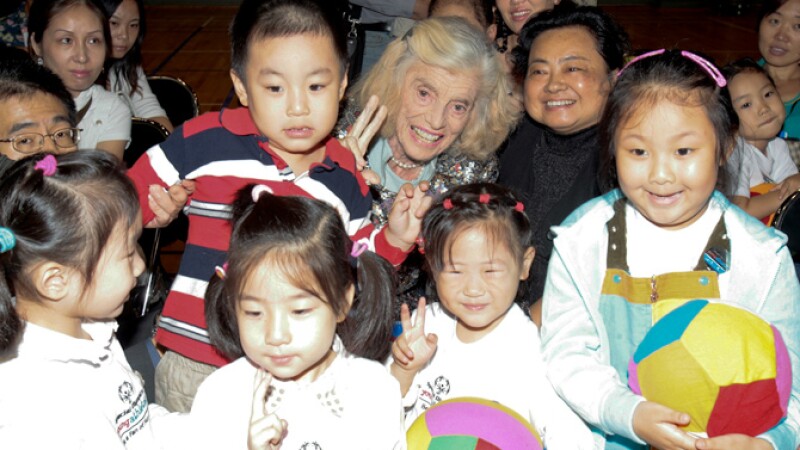 Eunice and professor Zhou from East China Normal University with Young Athletes participants at the debut of the new initiative.

Hardly a week goes by when Eunice does not get some kind of communique from a grateful parent or loved one of a Special Olympics athlete. The theme is generally this: Special Olympics provided the one ray of hope when families were feeling isolated. This letter, sent to Eunice by a woman named Ana Miyares, was one of the better ones:

"Special Olympics was the answer to my son's life, one which through sports became the Miyares family fairy-tale life. The whole family watched how our little boy Andy at age eight began meeting all the challenges that swimming, tennis, bowling, and playing basketball came into his life, and we all joined him with support and encouragement. Andy grew and we saw him learn courage, dedication, determination, acquire self-esteem which not only showed in the sports he competed, but in his learning, social skills and the ability to realize he had a place in our world."

Today Andy has a job, a girlfriend and a life not unlike that of his brothers and sisters.

One of Eunice's great gifts was being able to communicate to families the reality that, yes, Special Olympics will give you the opportunity, but it is up to you to take advantage of it. Special Olympics is a gift to a family, not a lifetime pass. A woman named Rosario Marin, who served as U.S. treasurer under George W. Bush, wrote Eunice to remind her of something Eunice told her at the National Down Syndrome Congress just five weeks after Rosario's son, Eric, was born with that condition. "In a very tender way you hugged me and said, 'Dear, we have set the table for your son, now it is up to you to food on it for him,' Rosario remembers. And she added this: "Through your life work and these words, you transformed my life in ways that cannot be measured."

It is testimonials such as these that spurred Eunice to continue the idea that Special Olympics is, as much as anything, a family affair.