The Life of Sargent Shriver

In a career of public service and civic leadership spanning the second half of the 20th Century, Sargent Shriver confronted a range of seemingly intractable conflicts that pitted Americans against each other, and the United States against the Soviet Union. He helped build peace by developing and implementing programs and policies structured to promote long-term, cumulative, peaceable change. 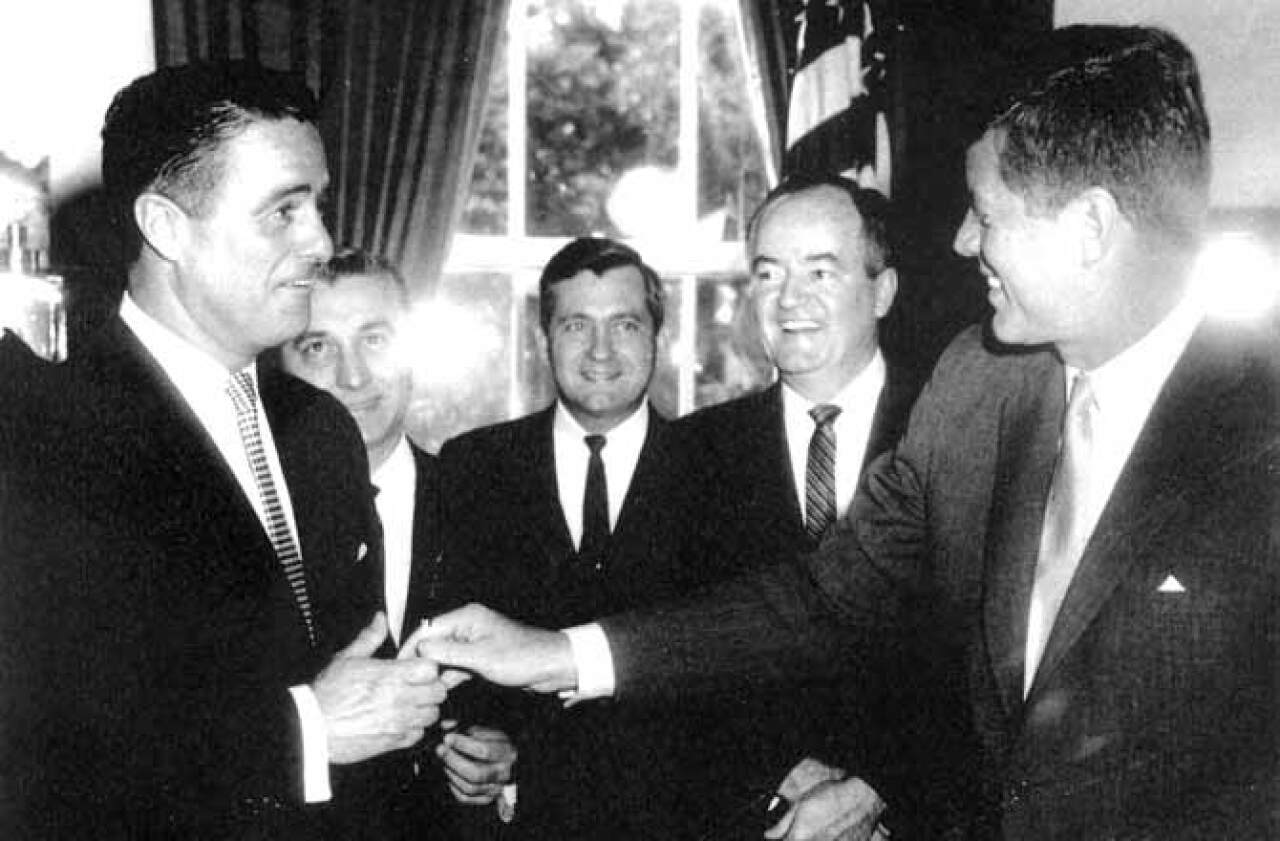 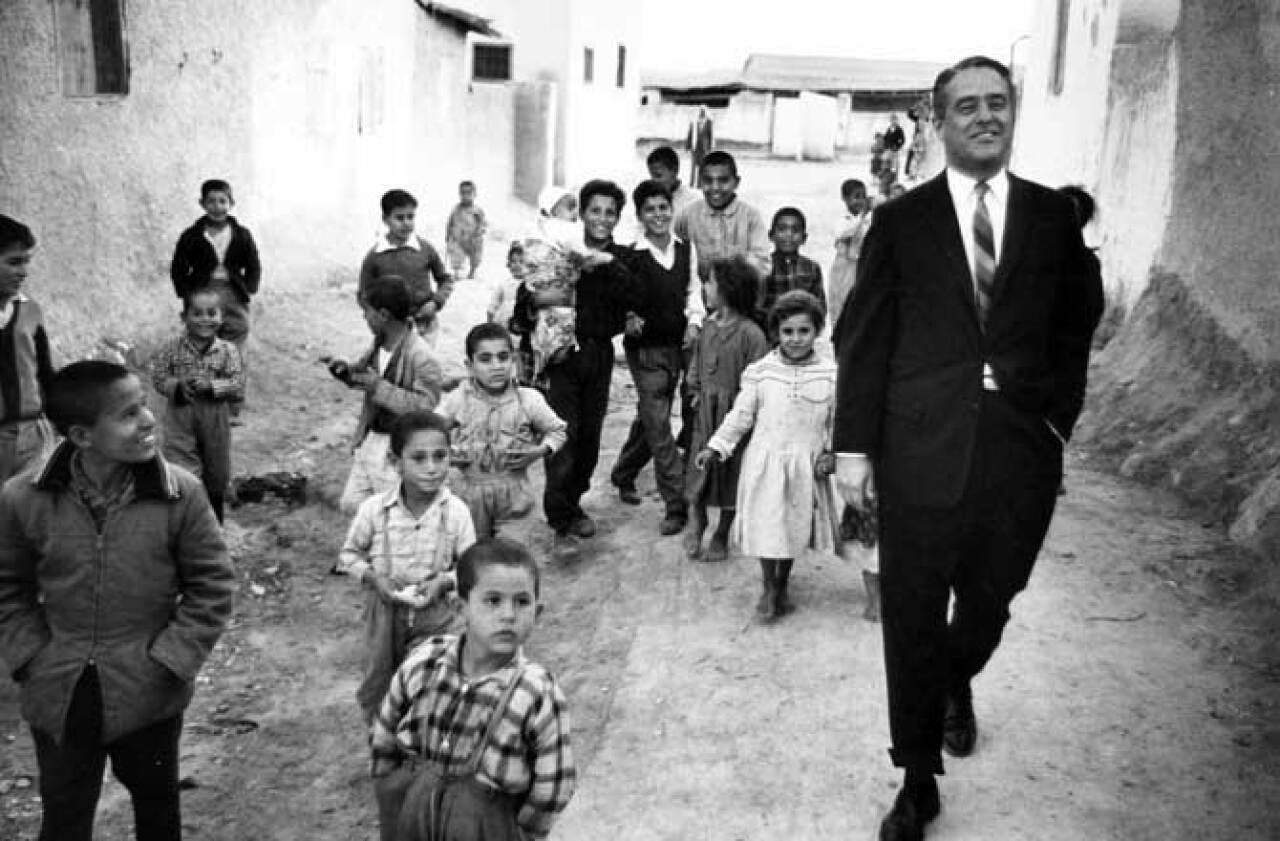 As the first Director of the Peace Corps, Sarge attracts a following among children of Jordan while he is on a trip to the Middle East in 1964. 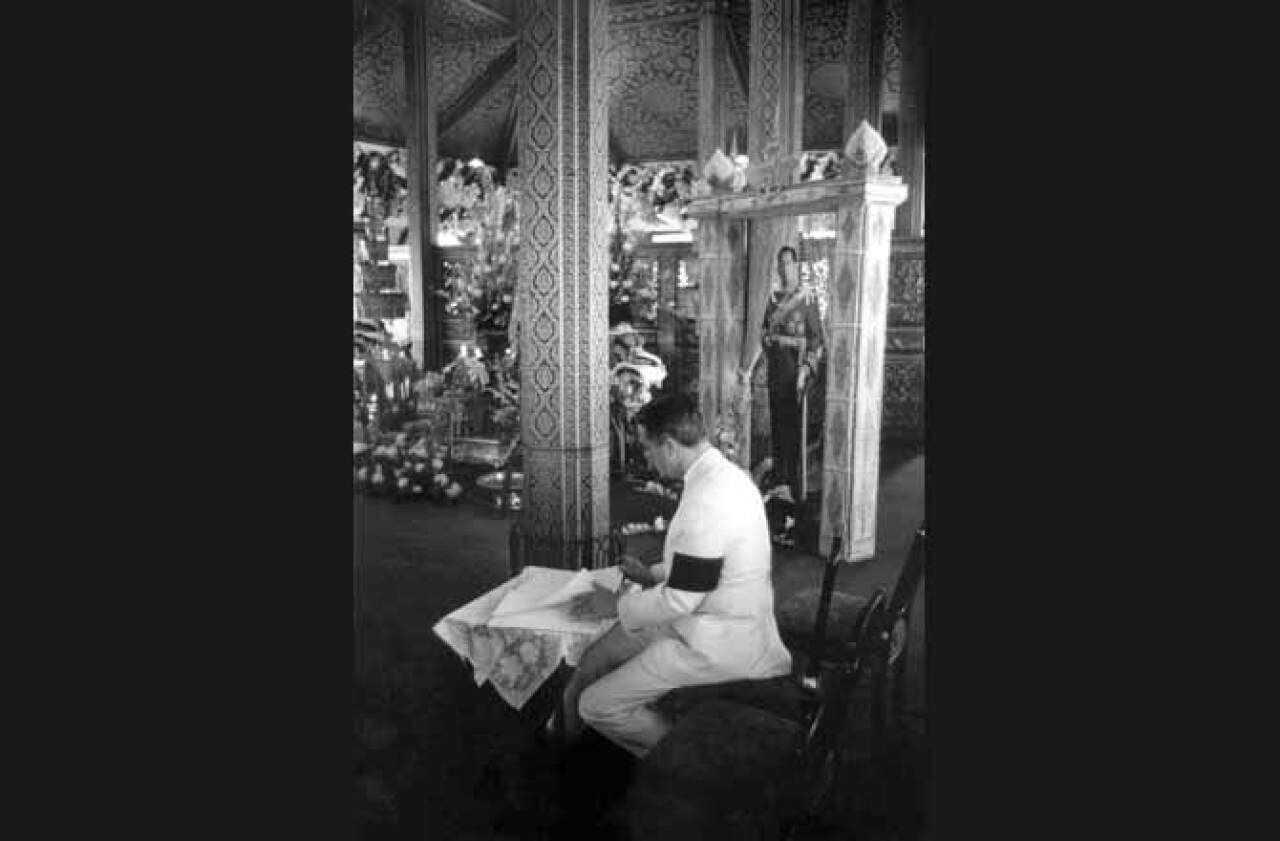 During Sarge's last two days of his around-the-world trip in 1964, he visited Bangkok where he was awarded an honorary Doctorate by Chulalongkorn University. He also paid his respects to the memory of Prime Minister Sarit, who died in December 1963, by leaving a wreath in the temple where Sarit lay in state. Here he signs the register of callers. 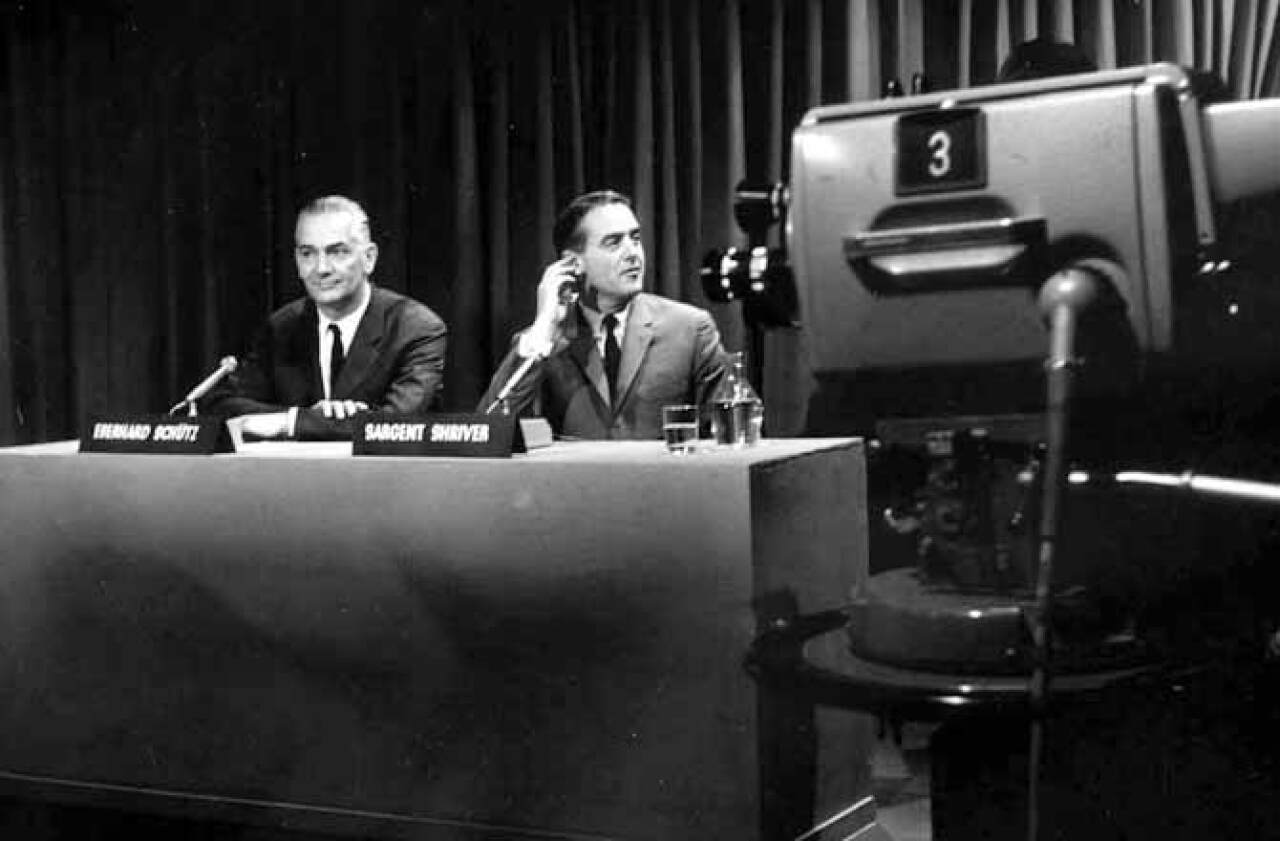 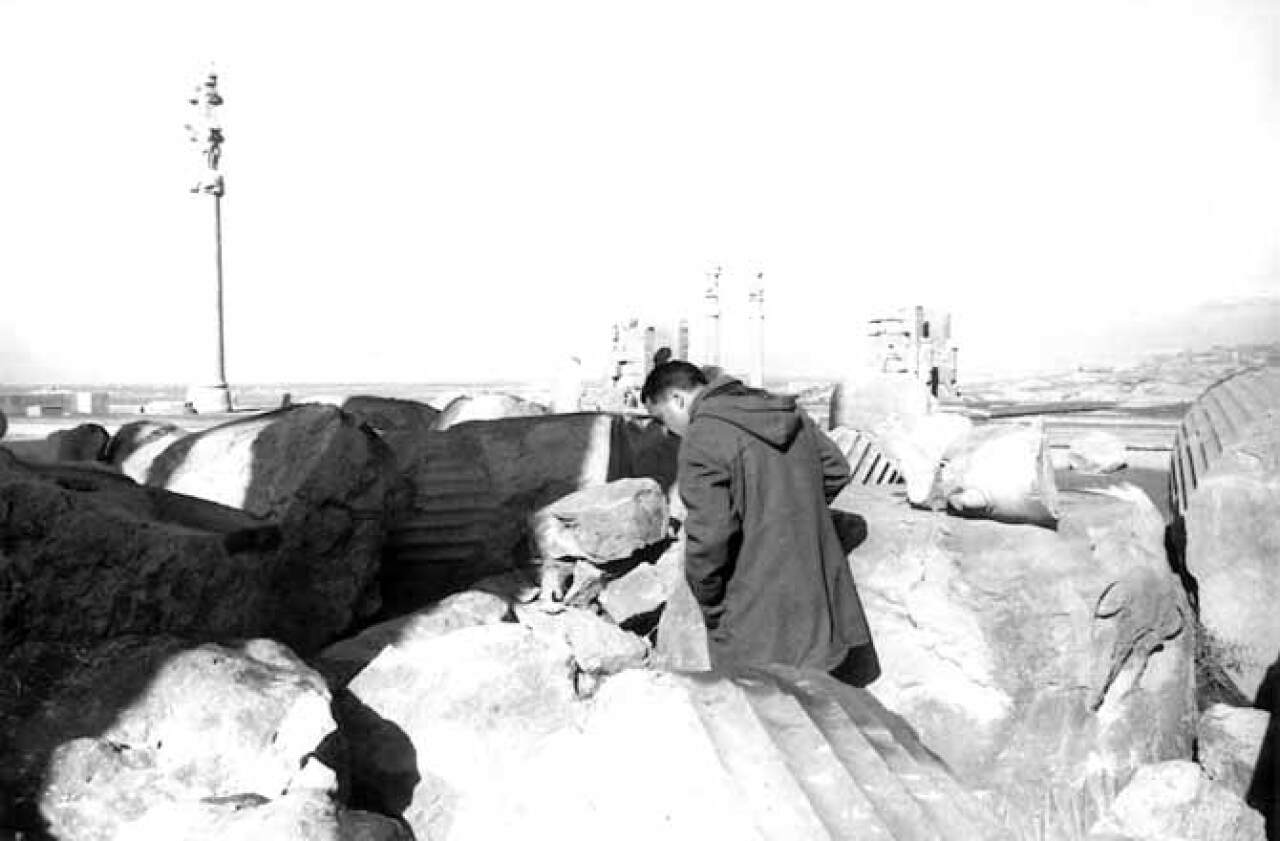 Sarge travelled widely in Iran visiting volunteers and communities along the way. He took time out midway to inspect Persepolis, the ancient palace of the first Persian dynasty. 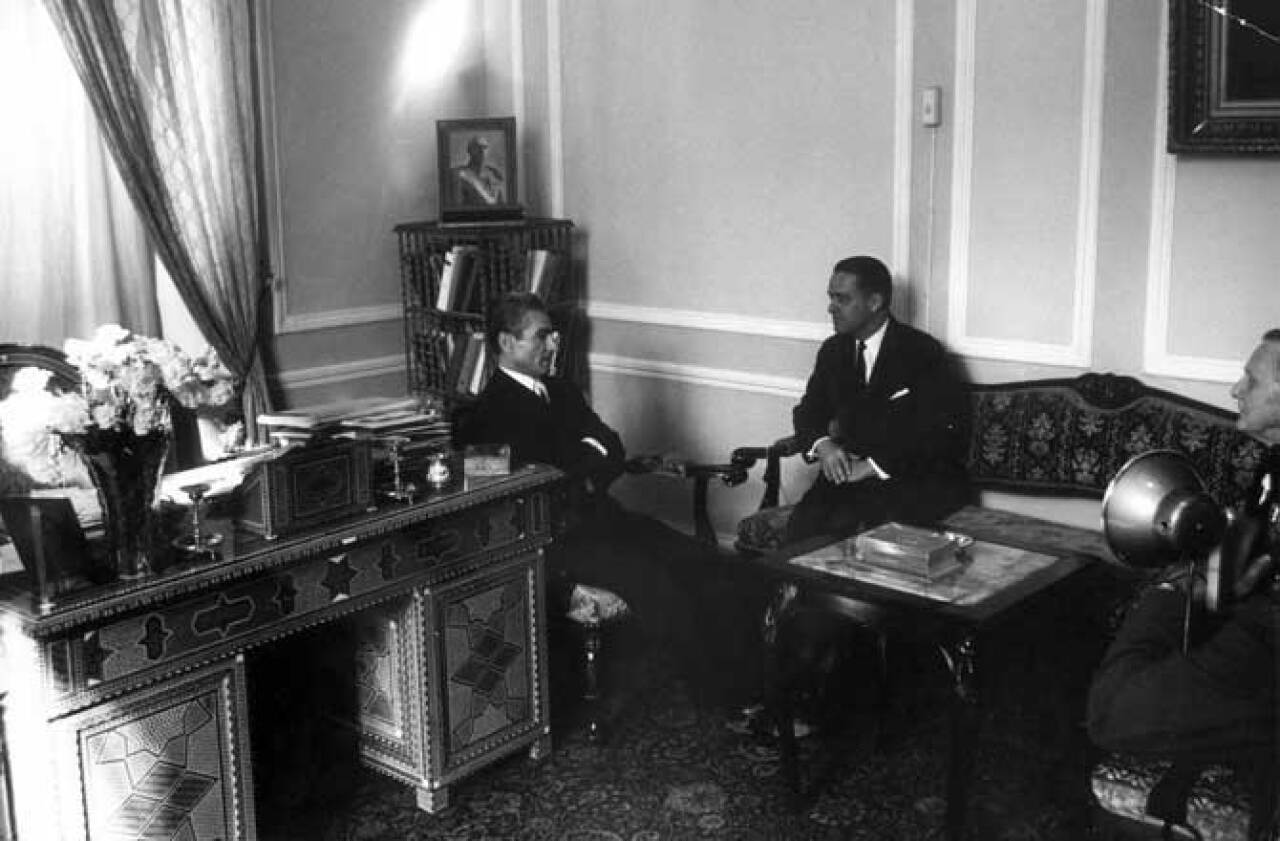 During his brief stay in Teheran, Mr. Shriver had a meeting with Shah Mohammed Reza of Iran to whom he delivered a personal letter from President Johnson 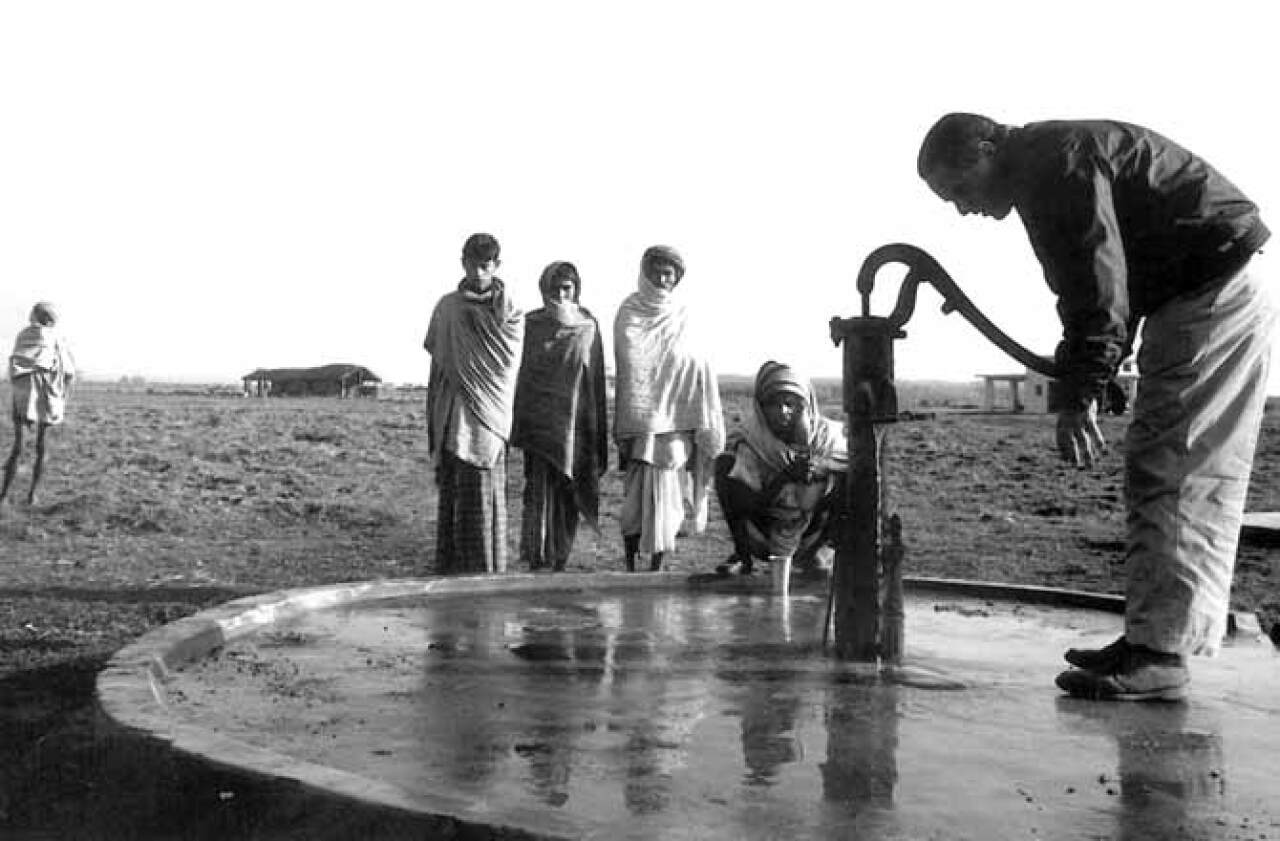 Sarge seen here washing his face at pump in front of school in Teheran where he spent the night. 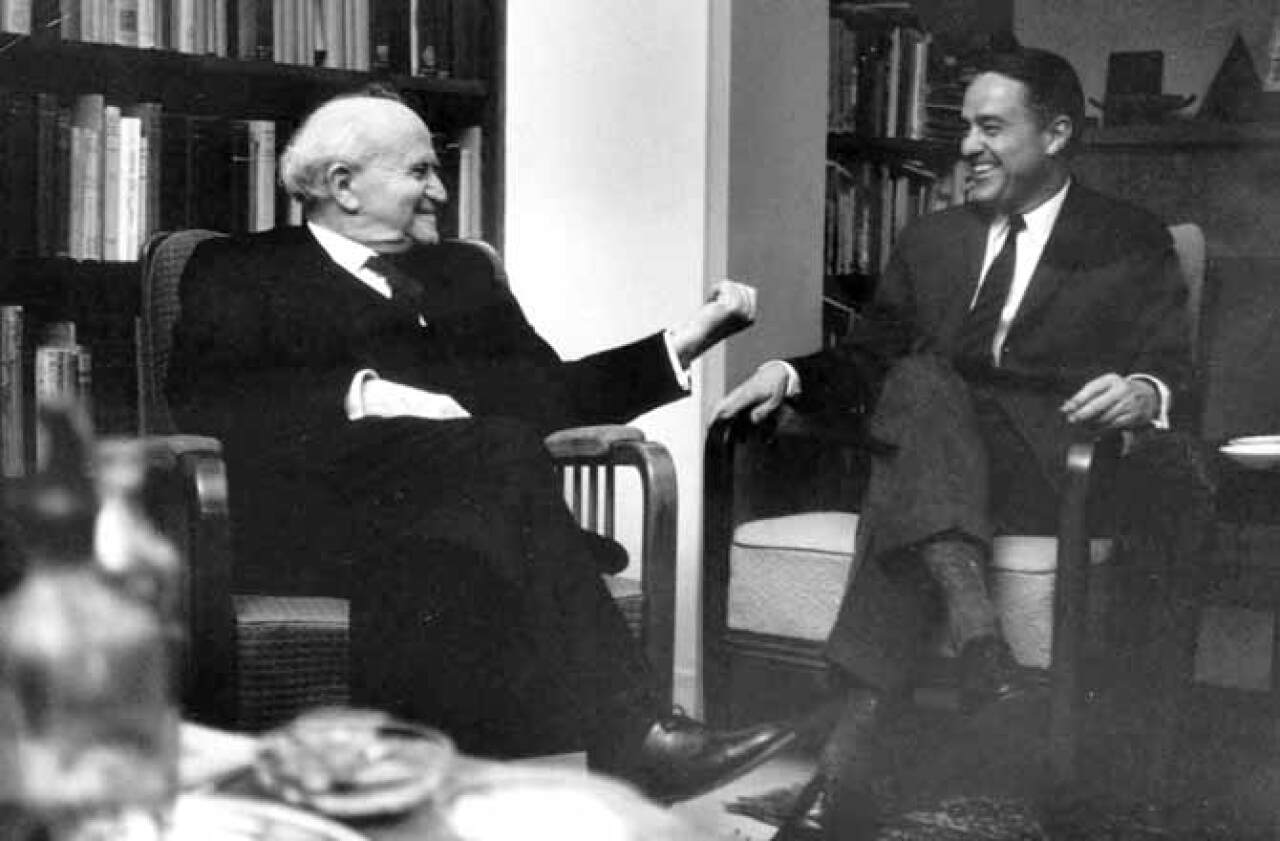 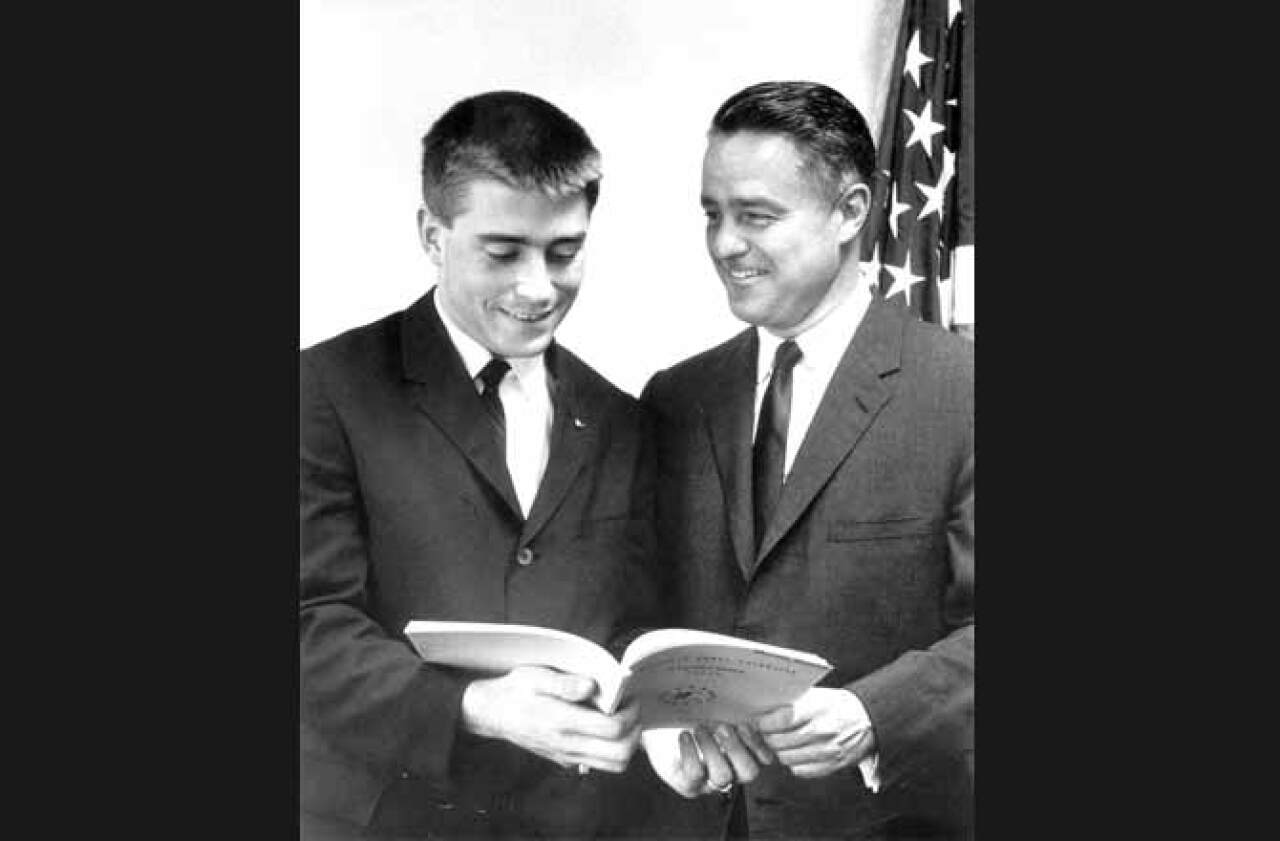 Bob Swan, a junior at the University of Kansas and Chairman of his university's Peace Corps Committee, discusses an important point in campus organization with Sarge. 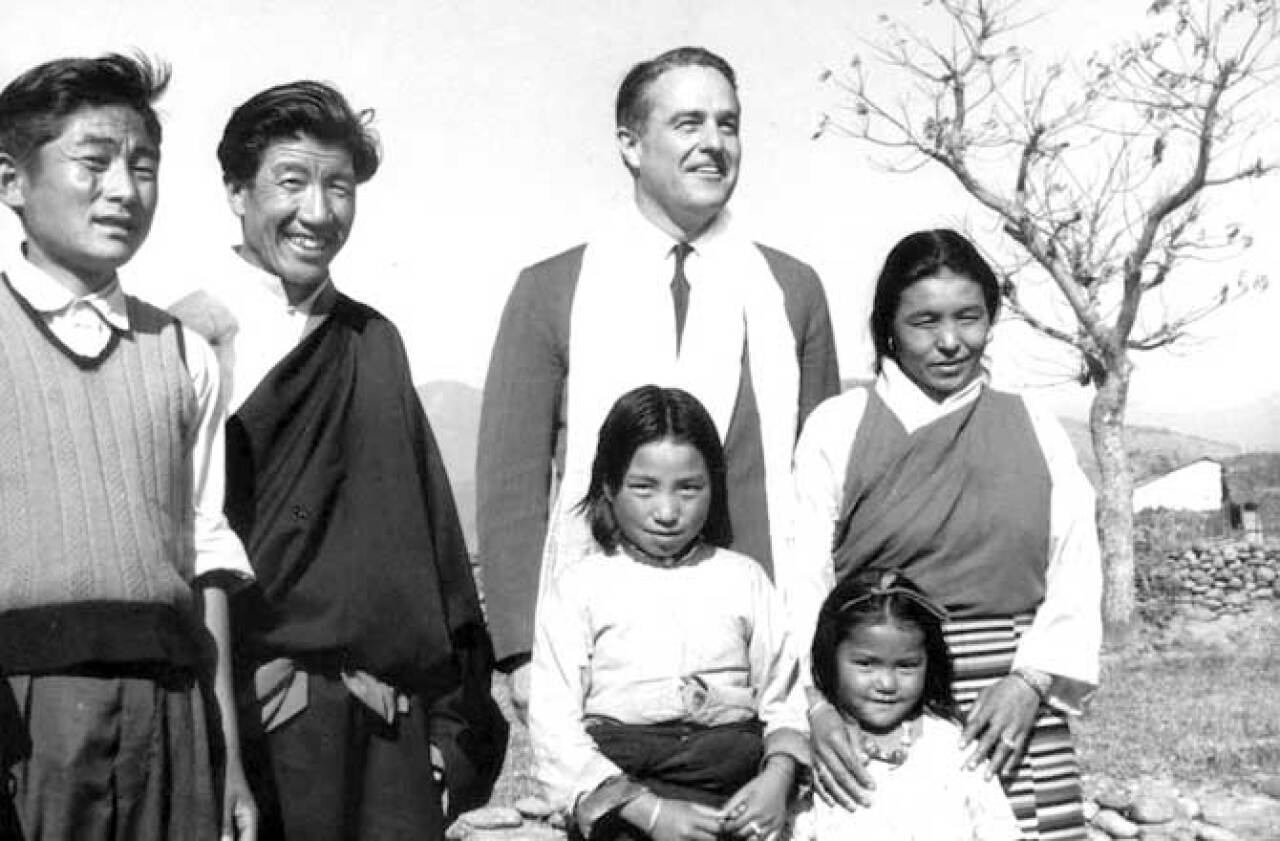 Sarge spent four days on his around-the-world trip in Nepal communities and volunteers like in the town of Pokhara, on the edge of the Himalayas. Here he poses with a Tibetian family who run a restaurant where Sarge ate lunch with a group of volunteers. 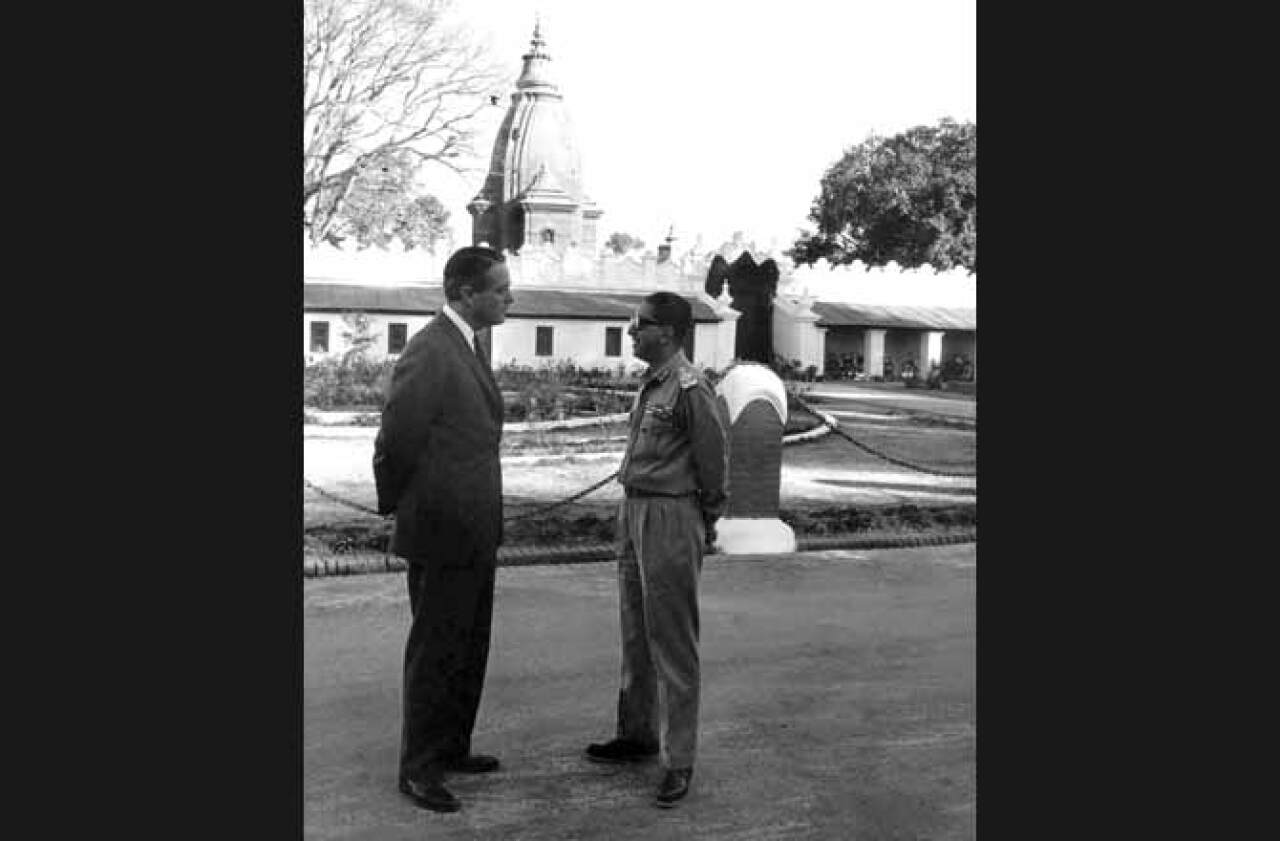 During his trip to Nepal, Sarge had an audience in Katmandu, the capital, with King Mahendra where he delivers a letter from President Johnson. 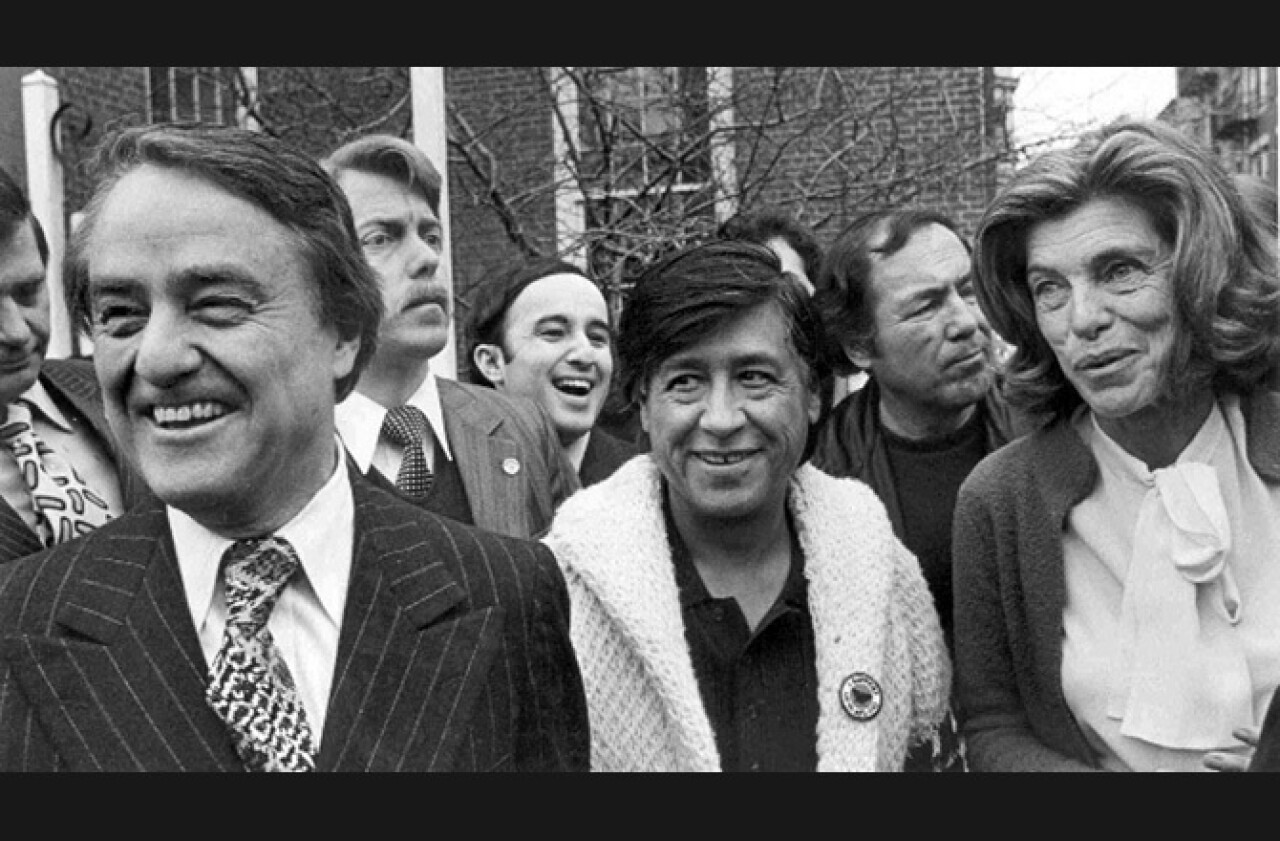 In 1976, Eunice and Sarge stand with Cesar Chavez in Boston. 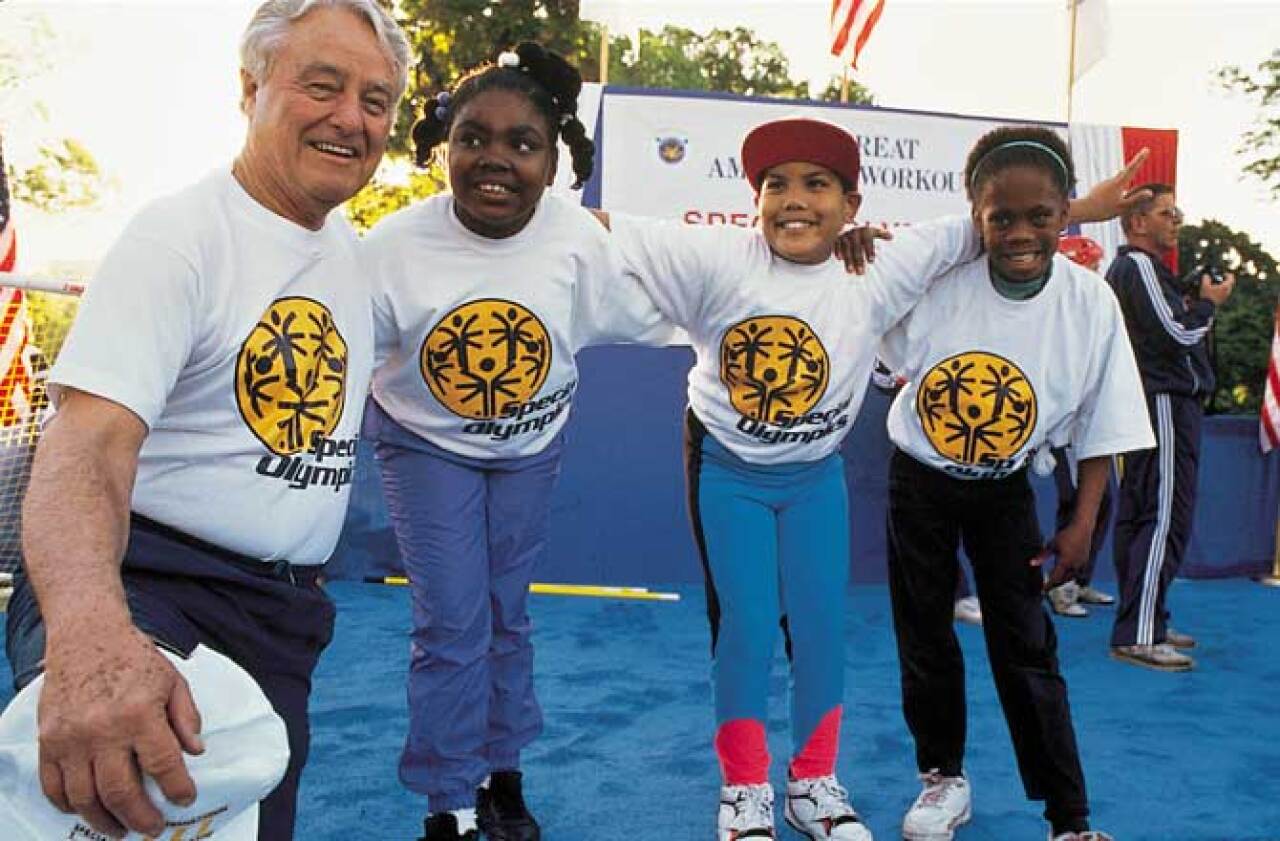 Sargent poses with Special Olympics athletes during the Great American Workout held at the White House on May 1, 1992. The event was hosted by President George H.W. Bush and Arnold Schwarzenegger, Chairman of the President's Council of Physical Fitness 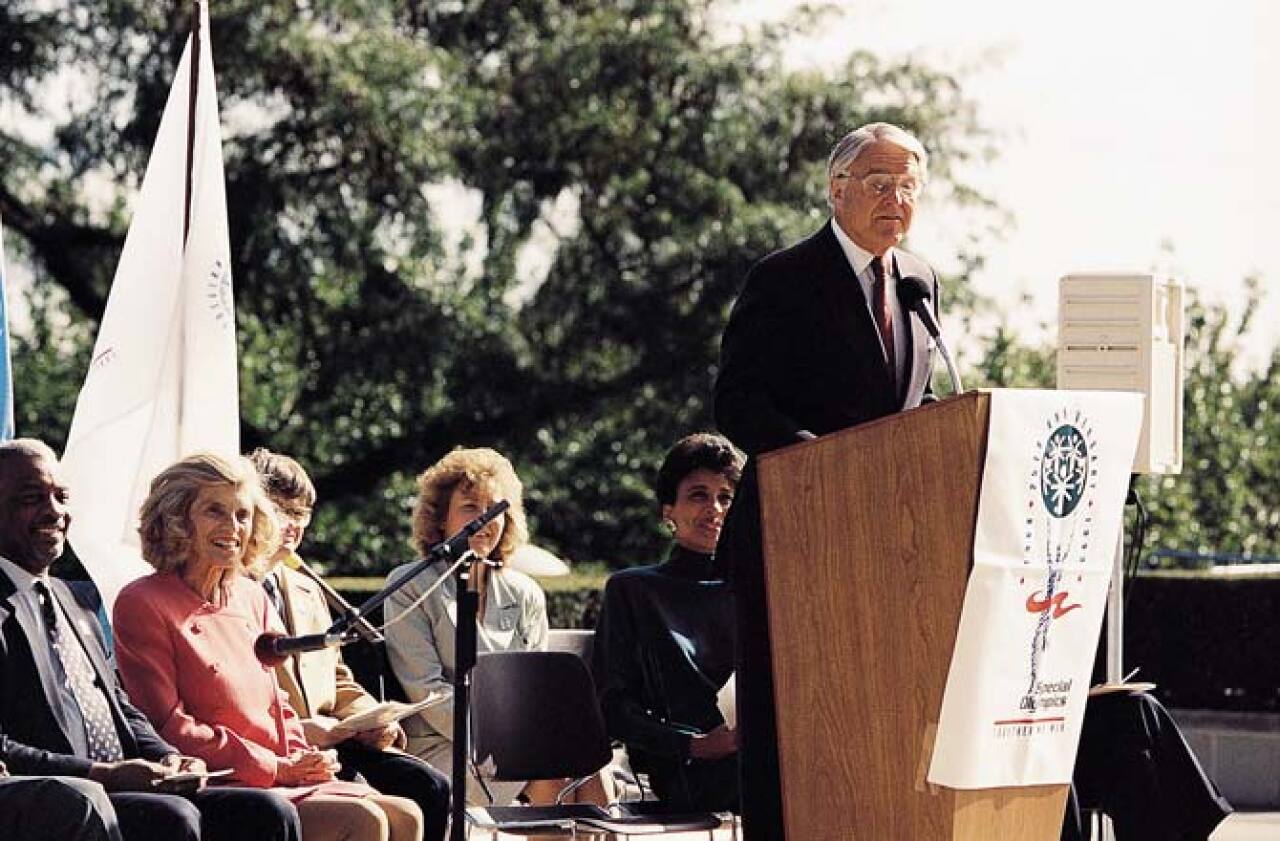 On the occasion of Special Olympics 25th anniversary Sarge speaks at the United Nations Plaza in New York City. 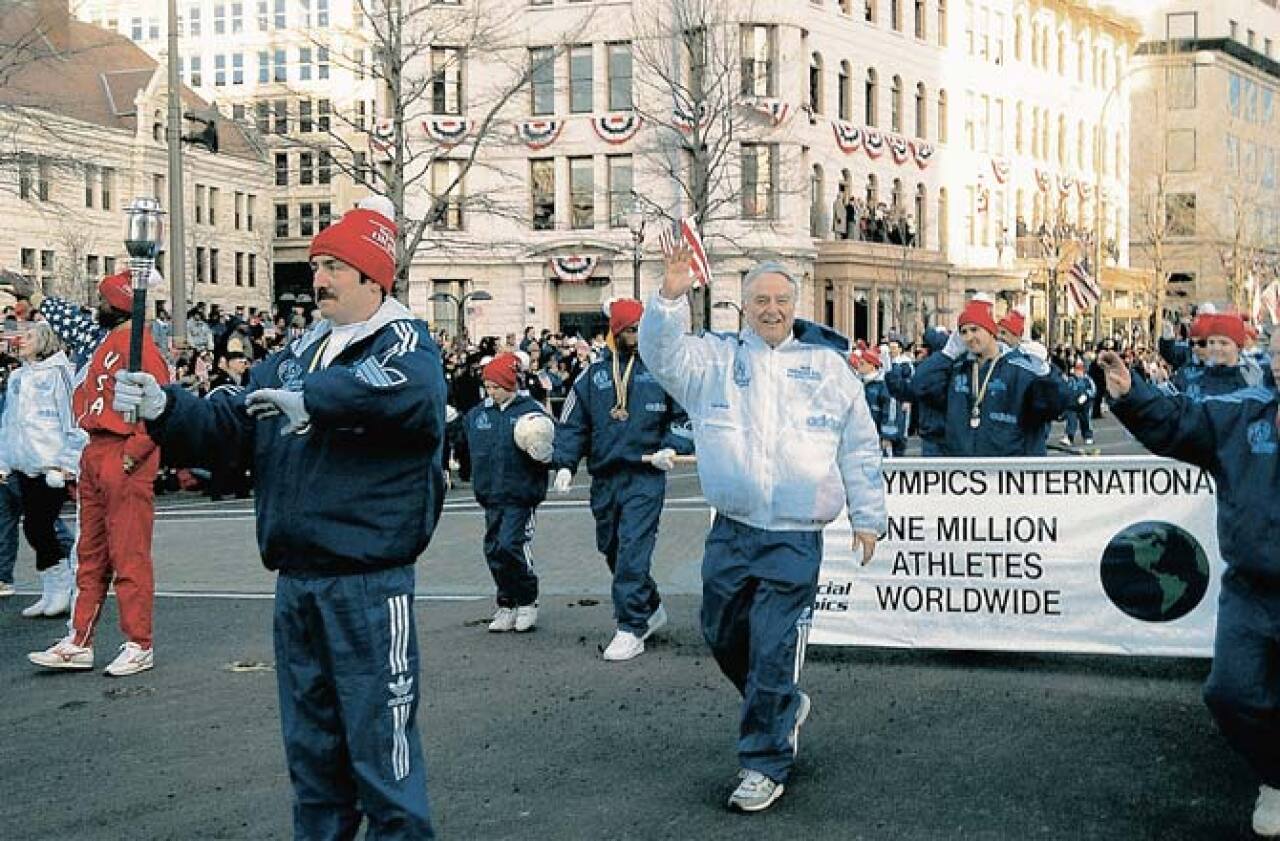 Sarge joins Special Olympics athletes as they march up Pennsylvania Avenue in Washington, DC during the 1993 Presidential Inaugural Parade for William Jefferson Clinton. 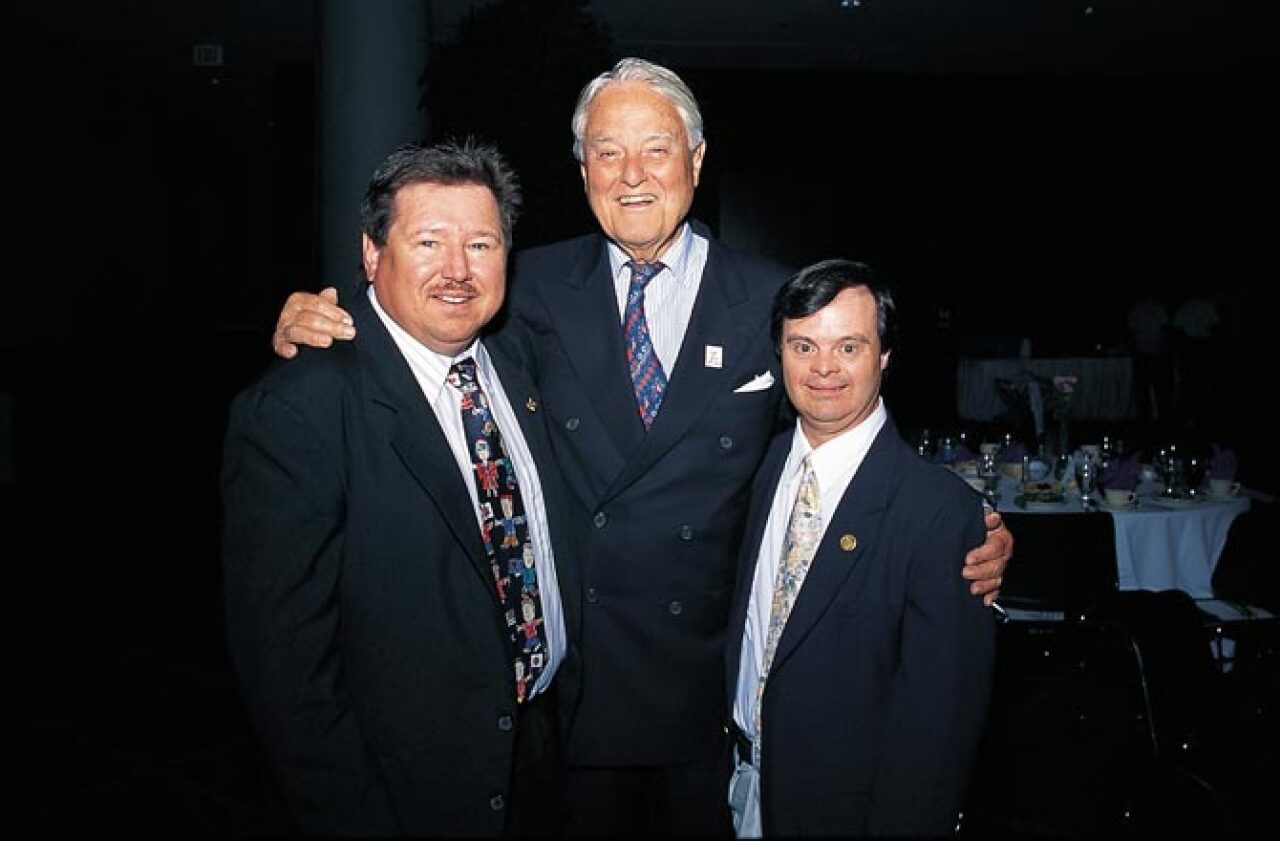 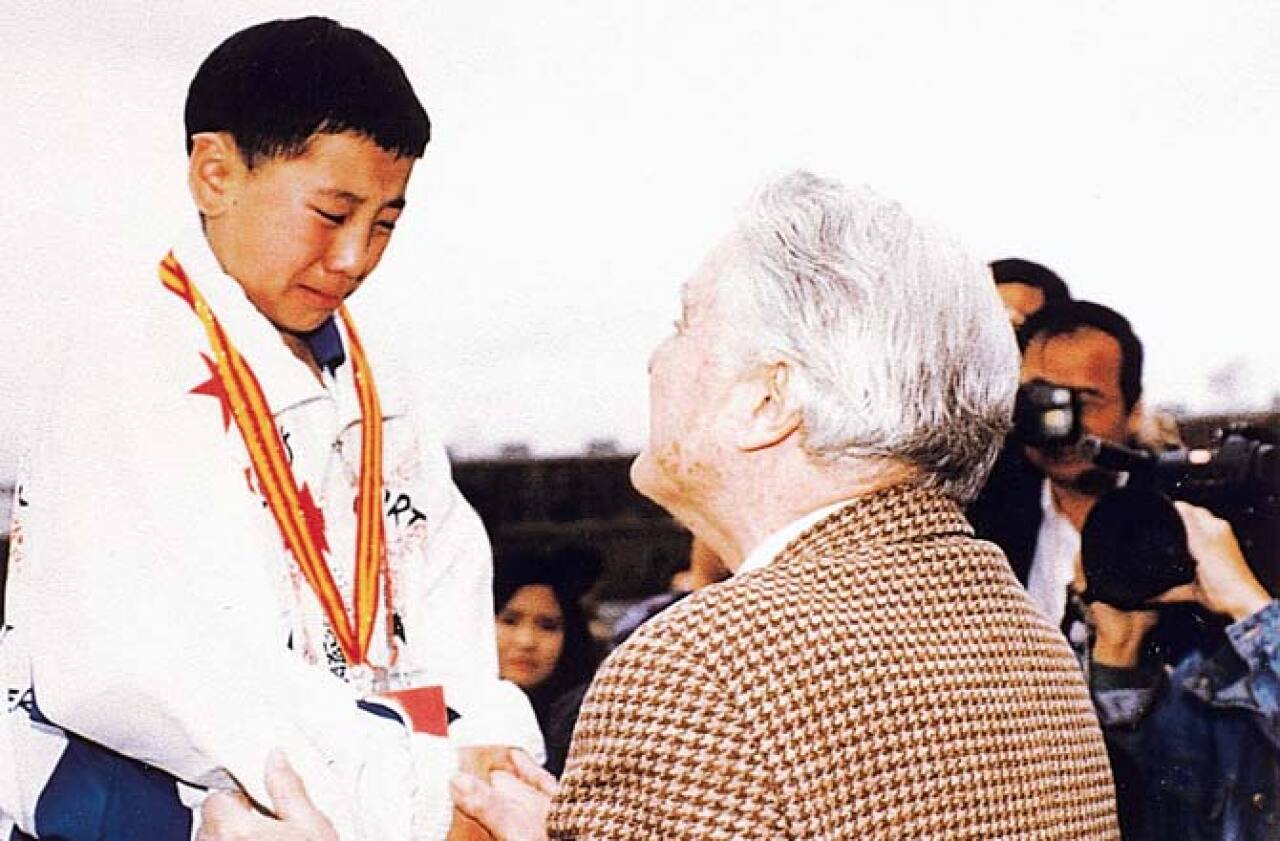 Sarge presents the gold medal to an athlete at the first Asia Pacific Special Olympics Games held in Shanghai in 1996. These Games were a harbinger for Shanghai to host the Special Olympics World Summer Games in 2007. 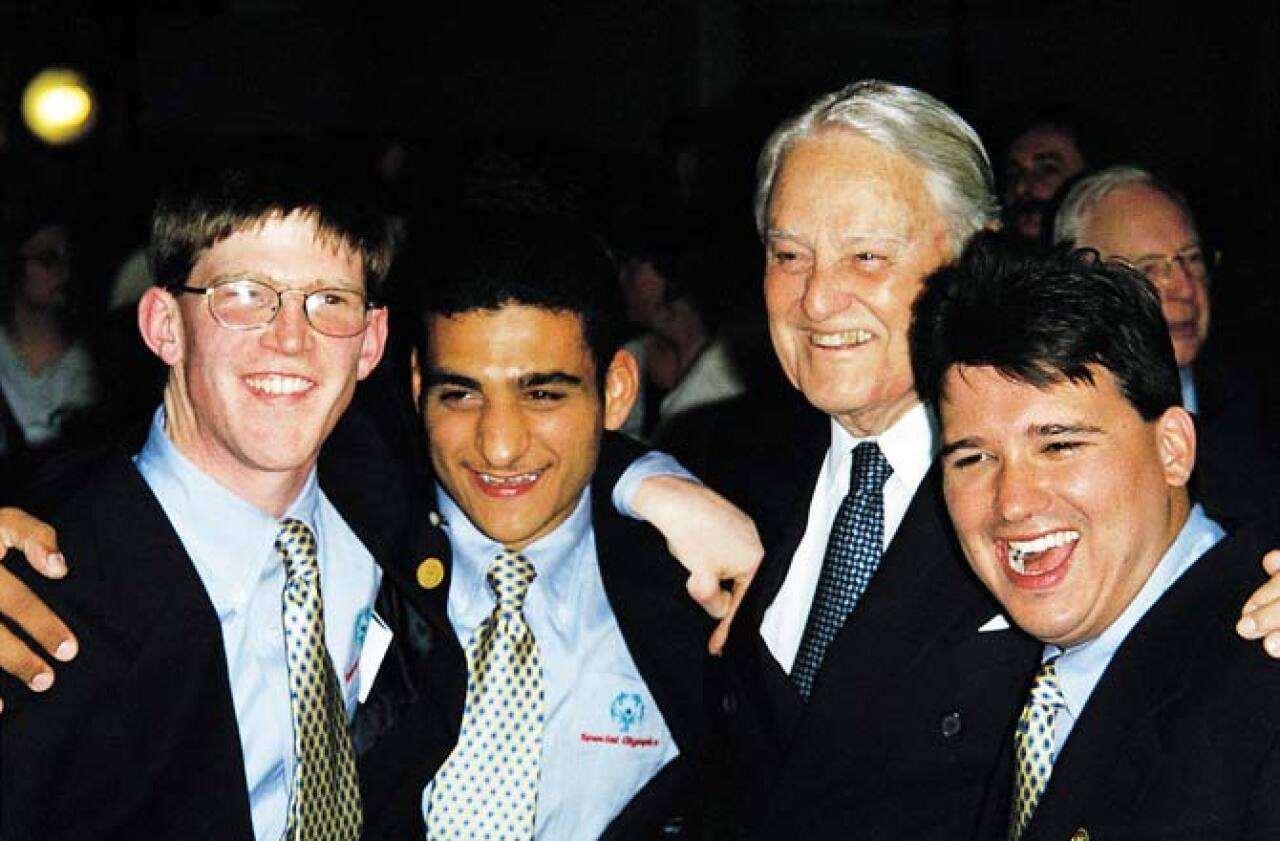 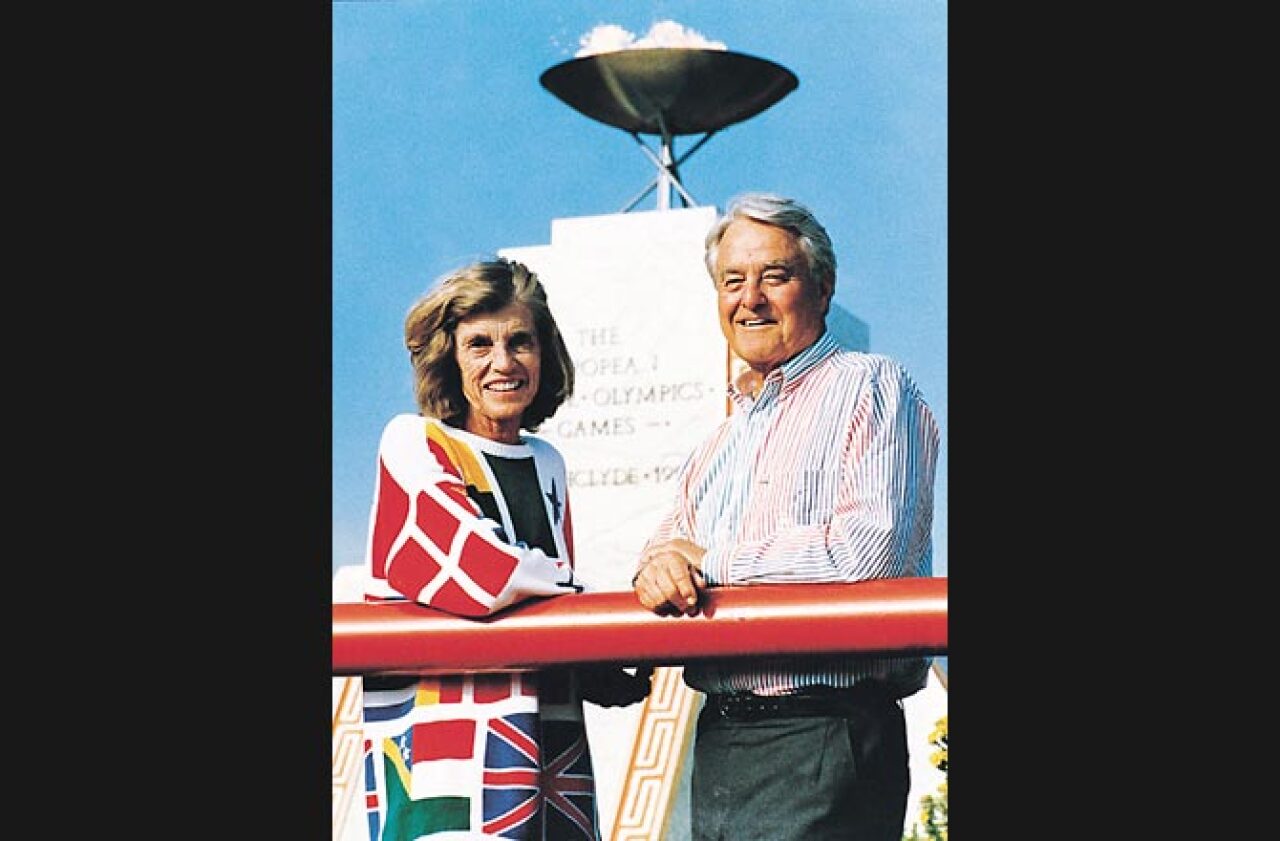 In 1990, Sarge stands with Eunice Kennedy Shriver at the 3rd Special Olympics European Games in Strathclyde, Glasgow. More than 2,200 athletes representing 31 countries participated in the Games.