A Sister Looks Back on her Family Legacy

CHICAGO, Ill.—The sun beats down and the crowd roars as a Special Olympics athlete swims fast across the pool and does a powerful kick turn into his next lap. The crowd erupts in loud—somewhat shocked—applause. No one had thought that people with intellectual disabilities could swim, much less demonstrate sports skills. Many spectators asked, “How did he do that?!”

This is one of the more revealing moments that Melanie O’Brien recalls of the first-ever International Special Olympics Summer Games held in July 1968. This also marks the beginning of what would become a lifelong passion for Melanie.

Melanie O’Brien’s brother, Kevin, was among the athletes competing in these groundbreaking first 1968 Games in Chicago. Kevin was born in 1954 with Down syndrome. According to the National Down Syndrome Society, Down syndrome occurs when an individual has a full or partial extra copy of chromosome 21. People with Down syndrome experience cognitive delays, but the effect is not indicative of the many strengths and talents that each individual possesses. This was certainly true in Kevin’s case. 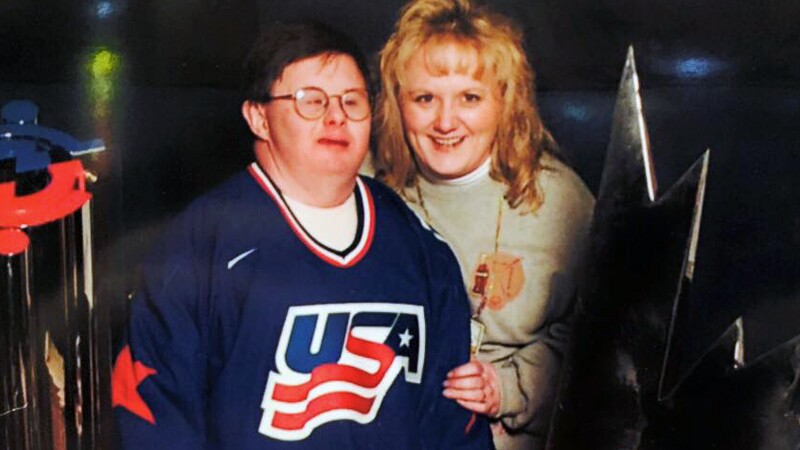 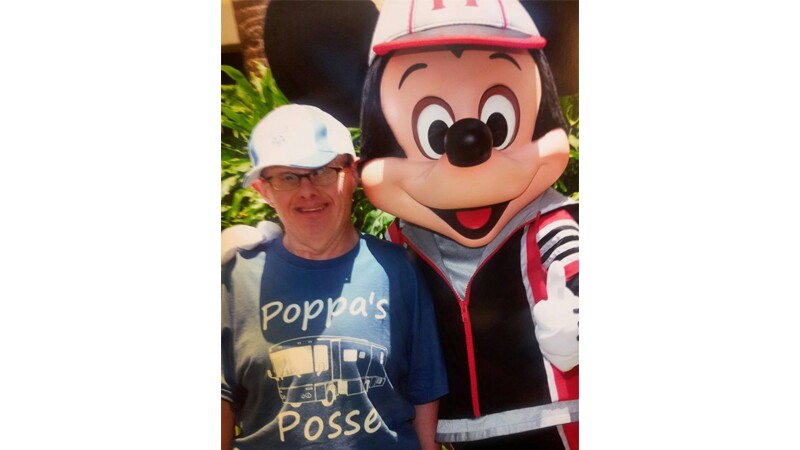 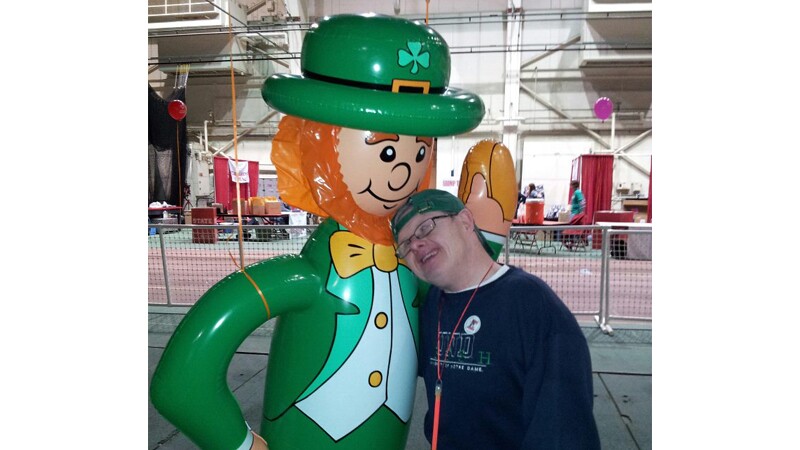 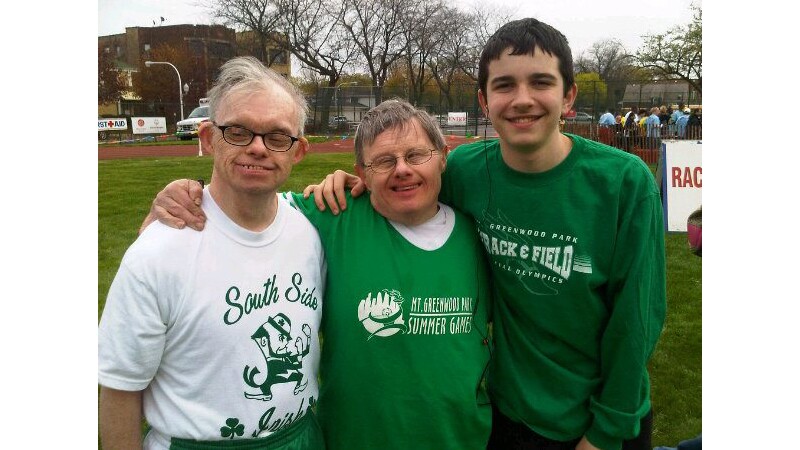 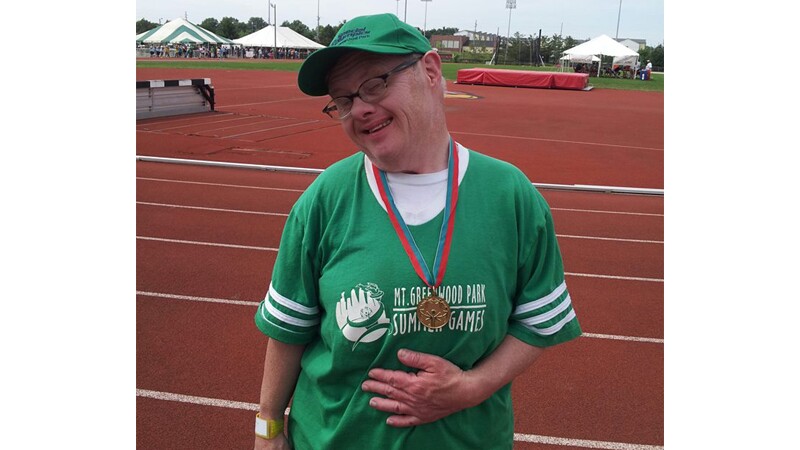 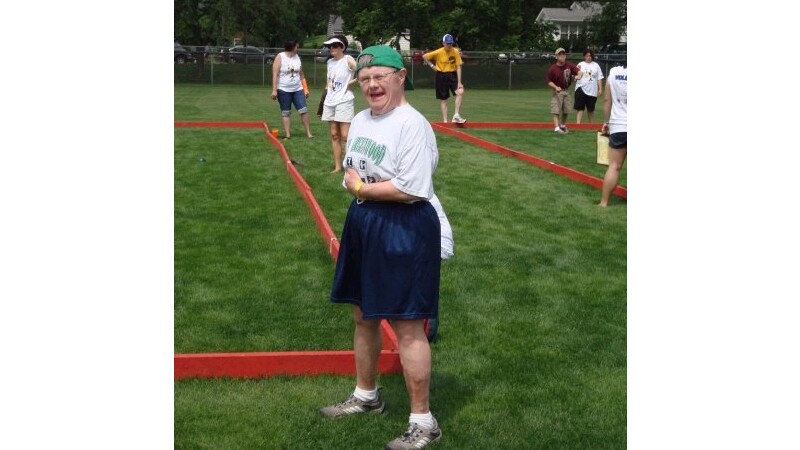 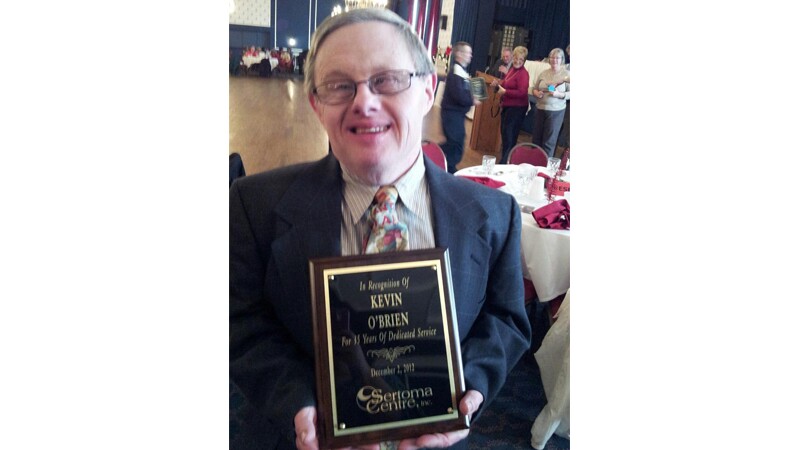 Kevin excelled in sports and competed his whole life. He competed in the first-ever Special Olympics in July 1968, and competed every year until June 2014. During this time, he traveled the world, and won over 400 medals, many of them gold. Kevin’s final competition was in the June of 2014, where he won a gold medal in bowling. He passed away in January of 2015.

Special Olympics is a big part of Melanie’s heart because of the impact it had on Kevin’s life.

“Special Olympics offered Kevin a social circle that involved everyone,” said Melanie. “It’s made all of us [family members] more caring, and more aware. You have to have a better understanding- what’s going on in their lives are [sic] not always visible. We learned to be more understanding and more patient.”

Kevin was always friendly and humorous. Melanie recounts one of her favorite moments with Kevin when she was 34 years old and Kevin was 37.

“I used to bring him along to any kids’ parties and he was one of the gang,” Melanie said. “One time, the subject of age came up and I wondered how old one of my friends were. Kevin then asked me, ‘Well how old are you, Melanie?’ I told him I was 29, and he told me to do the math. I said, ‘You don’t know what math is!’ and Kevin said, ‘But I know you’re not 29.’”

Kevin’s love for others and success in Special Olympics stemmed from the way his family treated him.

“The success of my family and Kevin was that he wasn’t treated any differently,” Melanie said. “He was part of a big family. We all had our chores – Kevin did as well. Of course- any health concerns - that's a different story. You love him and you care for him just like anyone else.”

Growing up, Melanie never left her brother’s side, no matter what anyone said.

“‘Retardo’ was the word I recall being used most often, but we learned to turn a deaf ear to that word or ignorant people,” Melanie said. “I know it hurt Kevin as he would grow quiet, but we had our ways of cheering him up quickly or diverting our attention to more pleasant things and places.”

She says that she learned to educate those around her, choosing to be the bigger person when others would look at her brother differently.

“I didn’t know there was anything wrong,” Melanie said. “He was my brother. I learned to ignore people’s stares and if someone said something, I would ask ‘Is there anything you don’t know or you don’t understand?’ It’s all about educating and it depended on the situation and on the environment.”

Special Olympics was only the beginning of Kevin’s achievements. Kevin also served as a Eucharistic minister at the local church and was the first individual with Down syndrome to do so. He also worked at a nursing home.

“He just impressed people so much,” Melanie said. “That’s kind of cool and you saw people’s reactions to something where they’d say ‘What? They [have intellectual disabilities] and can’t do that.’ I don’t know where we started and determined that. We decided that he [Kevin] didn’t have limitations. We didn’t give up on him.”

Many other members of Kevin’s family have also been involved in Special Olympics.

“Our nieces and nephew also stayed involved as volunteer coaches, chaperons and supporters. My cousins followed their passions in addressing other special needs or as special education teachers. Seeing how much further he advanced through Special Olympics, all the accomplishments made everyone so proud and motivated,” Melanie said.

However, Melanie’s world turned upside down in February 2014 when Kevin suffered a stroke.

“He was suffering,” Melanie said through tears. “He couldn’t communicate and we didn’t know if he was in pain. He had a different personality altogether. He was a different Kevin.”

Despite this stroke, Kevin was able to compete in his last Special Olympics Games in June of 2014.

After he passed away, Melanie took time to grieve and came back with an even greater drive to become more involved and active in community efforts for Special Olympics.

“Once Kevin passed, it was hard for us to go back,” Melanie said. “But I race-walked in the Chicago Marathon for Special Olympics Chicago and within the last eight years, raised over $10,000 building more awareness for this organization and encouraging others to get involved on many levels.”

Melanie continues to support Special Olympics, has been involved in the Special Children’s Charities Fund and has served on the Associate Board when they first started.

Kevin left behind a huge legacy in Special Olympics, but more importantly, served as a beacon of inspiration for his sister, Melanie, whose life was forever changed through his friendship and love.

Siblings
Read more about our athletes