Jana Kennedy’s passion for working in the prep kitchen stems from her relationship with her grandma. Her grandma, who is 83 years old, now has a challenging time cooking. Kennedy took that as a reason to learn her way around the kitchen to make things easy on her. It’s something she’s passionate about and she takes it seriously. “It means a lot because that means I am able to take that extra load off her, so she won’t have to be like ‘oh, I have to cook now,’” Kennedy says. “Like, no grandma, I got it.”

Her commitment to helping her grandma inspired her to find full-time employment and become more independent. And the path to her current position at Steak 48 was one many individuals with intellectual disabilities can relate to. While attending the South Side Occupational Academy, Kennedy was introduced to Special Olympics. Athletics was the first sport she trained and competed in and eventually found her way to skiing, flag football, and golf. But while she loves competing it’s the human interaction that she enjoys the most.

“I love seeing old friends and the teachers that I went to school with,” she shares. “So, a lot of people and the music and the dancing of course.”

For many people like Kennedy, Special Olympics is so much more than just competition. It’s a pathway to living an independent life and being financially stable. With the help of Special Olympics Illinois staff member Melissa Garritano, Kennedy was on her way to that goal.

“Melissa Garritano called me up and asked if I wanted to apply for this job,” Kennedy says. After the initial conversation took place, the two began working on the application. And with the help of one of Garritano’s friends, Kennedy was able to redo and spice up her resume a bit.

Before she was hired in 2021, they took her on a tour of the restaurant and gave her some history behind it all. With multiple positions open, when asked, she opted for prep work.

It wasn’t her skills with kitchen work or her passion to learn cooking for her grandma that gave her the confidence to apply for a job like this. It was Special Olympics.

“Special Olympics prepared me for this job by telling me what to do and what questions to ask,” Kennedy says.

At work, she starts the day by putting on her white chef’s coat and preparing the knives and other supplies for prepping. Before they start, she always remembers to put on her hair net, that way nothing gets into the food. With a tone of excitement and a bit of laughter in her voice, Kennedy says her favorite food to prep is lobster.

“It’s really fun because it’s difficult and I love to learn new things,” Kennedy says. “They have live lobster and when they would open the box, you’d have to pick them up and put them in the boiling water. Everyone was always scared and so I’d do it and joke with everyone.”

She loves to read in her spare time and enjoys the thought of what’s next for her. For now, she will continue working in the prep kitchen, along with participating in Special Olympics and cooking for her grandma. However, she’s quick to point out that she’s still young and still in the process of finding her true self, whether in the restaurant business or eventually going to an institution of higher learning. 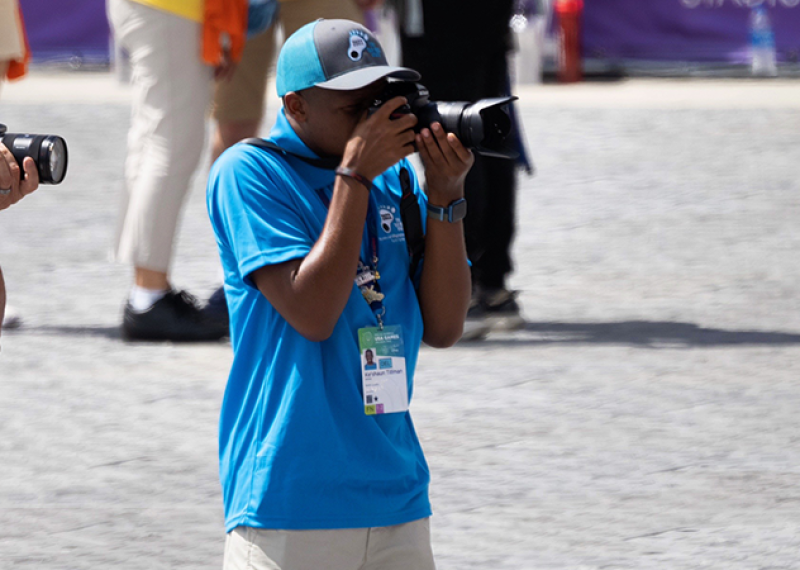 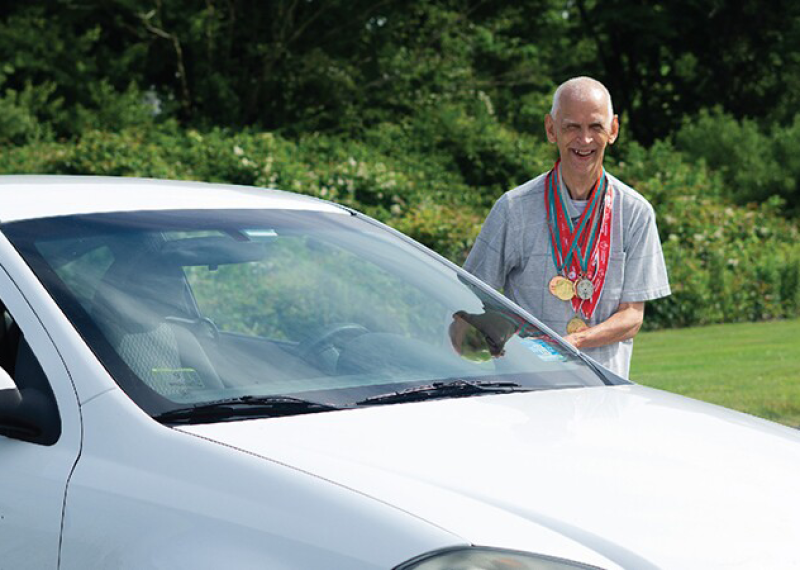 Athletes
Frank Siembab Lights Up Talking About Work and Special Olympics
Frank Siembab has a bubbly and outgoing personality. Whether it’s leading a crowd in a rousing rendition of ‘God Bless America’ at a Hall of Fame induction ceremony or connecting with his co-workers, the Special Olympics Rhode Island athlete is known for lighting up the room.
2 Min Read