Rafer Johnson was among the earliest and most dedicated supporters of Special Olympics, ever. He was an enthusiastic fan and sports adviser at the very first International Special Olympics Games in 1968—and never looked back. At the time, he was one of the most famous athletes in the world, and lent his global celebrity status to shine a bright light on the talents of people with intellectual disabilities. Rafer Johnson said he was inspired by the talent and joy he witnessed at those inaugural Games; he became a lifelong advocate and powerful voice for this forgotten population. 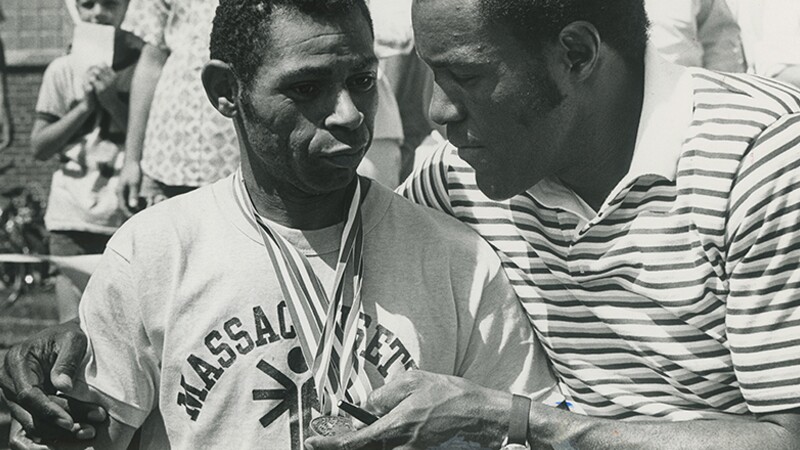 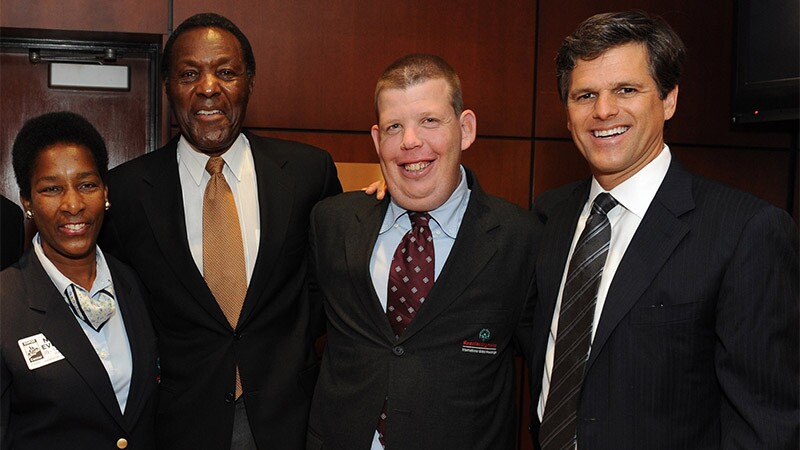 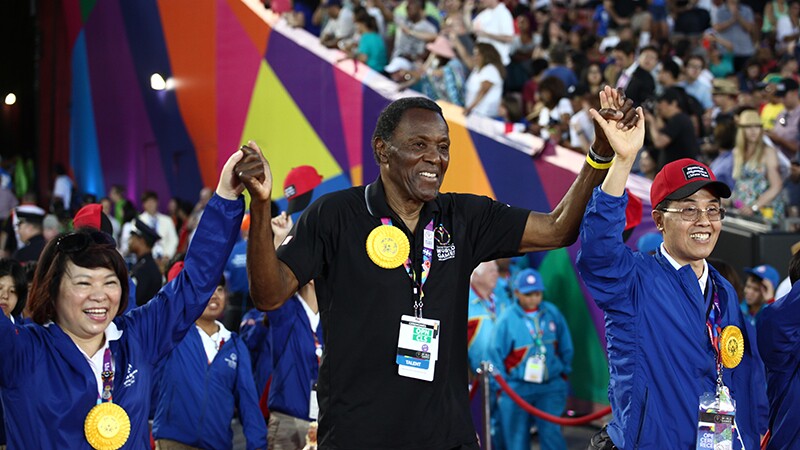 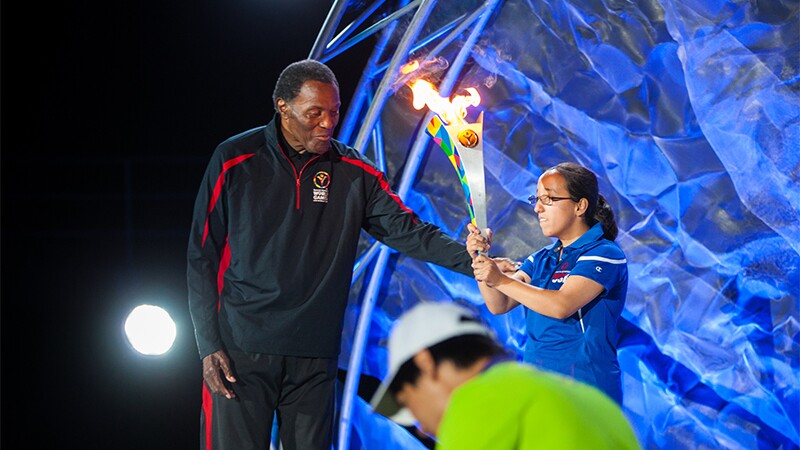 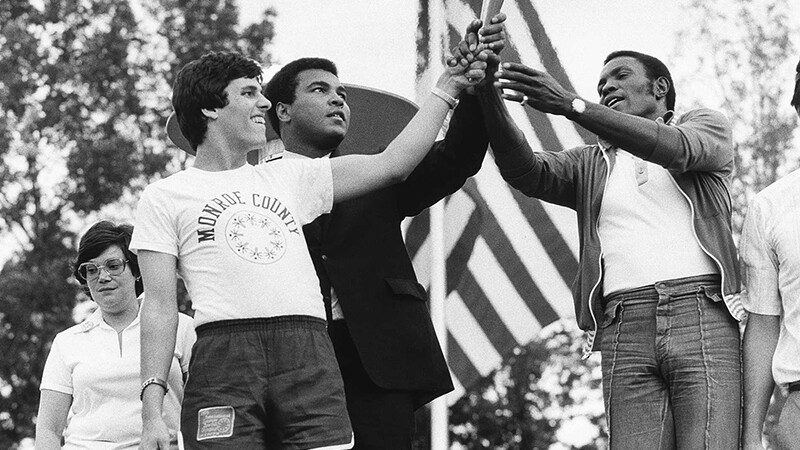 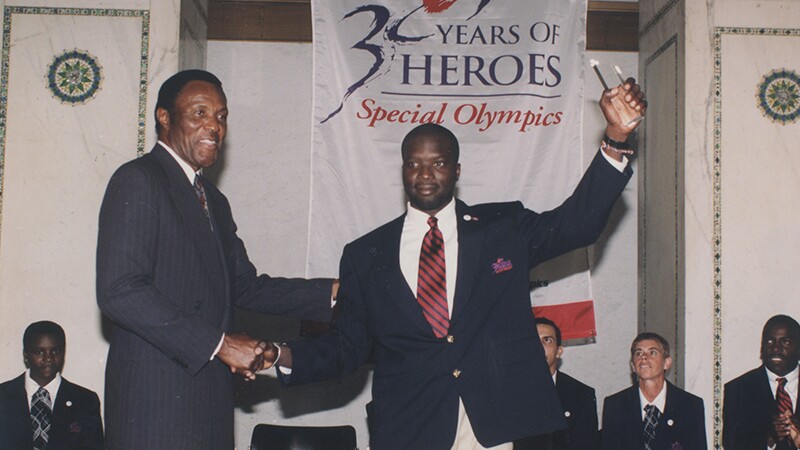 Rafer Johnson will probably be remembered by most as an Olympic gold medalist, world-record breaking decathlete, film actor, and humanitarian. The Special Olympics movement will especially remember him for his decades-long advocacy and generosity to our athletes. Rafer Johnson was all heart.

Rafer's role with Special Olympics began with an unexpected phone call from an unexpected caller. The year was 1968, and the country was reeling from the spring assassinations of Martin Luther King Jr. (in April) and Sen. Robert F. Kennedy (in June). The double-tragedy hit Rafer Johnson hard. Rafer had worked closely with Bobby Kennedy's presidential primary campaign; he was with him the night of the fatal shooting—in fact, he tackled the assassin (along with football great Rosey Grier) just moments after the attack.

After that night, Rafer plunged into a deep depression, as he later recalled. He shut himself away, convinced the world had nothing to offer but violence and hate. Then, he took a call from someone he barely knew: Eunice Kennedy Shriver, sister of the murdered Senator. Out of the blue, she invited the sports icon to attend a sports event—an event unlike anyone had ever seen before: featuring young people with intellectual disabilities. Most had never been outside their homes or institutions; one had ever competed in a high-profile competition. Eunice asked Rafer: will you come to Chicago for the first Special Olympics?

When Rafer did, he said it changed his life. At Soldier Field, he witnessed a competition like no other. From the pool, to the high jump, to the starting line of the 50-yard and 300-yard dashes, he was caught between tears and wide-eyed amazement. He recalled, “Everywhere you turned, you saw an experience no one had ever seen before. No one had seen these people. No one had ever seen their exhilaration. It was so simple, but it was so amazing.”

He added: “I looked at the athletes, and I knew what it was like for them. I knew how it felt when someone slapped me on the back for the first time. The athletes had these smiles that I will never be able to describe. And when I went to congratulate them, I got a bear hug instead of a handshake.” Not a man given to excessive emotion, Rafer put it simply: “Something came from inside me. I just wanted to say over and over again: thank you.”

Rafer Johnson would go on to become a founding member of the Special Olympics International Board of Directors in late 1968.The very next year, Rafer and a small group of volunteers founded California Special Olympics, hosting Games for hundreds of people with intellectual disabilities. Rafer then became a founding Board of Directors member, running for President of the board in 1983 and serving until 1992.

Rafer Johnson continued to be an active supporter and advocate, bringing the Special Olympics World Games to Los Angeles again in 2015. He leaves behind a legacy of a movement that has grown from hundreds to millions—all around the world.