A journey that began as one Maryland family’s battle for respect and acceptance for their daughter and sister, Rosa, became a significant milestone in the ongoing battle for dignity, inclusion and respect of all people with intellectual disabilities when United States President Barack Obama signed bill S.2781 into federal law on October 5, 2010.
Rosas Law

The bill, championed by Sen. Barbara Mikulski (D-Md.) and Sen. Mike Enzi (R-Wy.), garnered unanimous support in passing both the House of Representatives and the Senate. Rosa’s Law was commemorated in a White House ceremony on October 8 with an 11 member delegation of Special Olympics athletes, leaders and self-advocates present to celebrate the milestone. See the list of delegates.

"Respect, value, and dignity—everyone deserves to be treated this way, including people with intellectual disabilities," said Dr. Timothy P. Shriver, Chairman and CEO of Special Olympics. "The President’s signature and the unanimous support of both the House and Senate show that our elected officials understand and embrace this ideal. I congratulate Sen. Mikulski and Sen. Enzi for their vision and sensitivity to people with intellectual disabilities everywhere.”

"For far too long we have used hurtful words like 'mental retardation' or 'mentally retarded' in our federal statutes to refer to those living with intellectual disabilities," said Sen. Mikulski. "Rosa's Law will make a greatly-needed change that should have been made well before today—and it will encourage us to treat people the way they would like to be treated."

Special Olympics, as the world’s largest movement dedicated to promoting respect and human dignity for those with intellectual disabilities, has long championed the use of people first language. In 2004, in response to its athletes' call for change, the Special Olympics International Board of Directors adopted a resolution to update the movement's terminology from "mental retardation" to "people with intellectual disabilities." In 2008, Special Olympics launched the website www.r-word.org to combat the inappropriate use of the R-word in common usage and helped lead protests against media use of the word in response to the film ‘Tropic Thunder.' In 2009, the youth-led "Spread the Word to End the Word" campaign launched with rallies in K–12 schools and universities around the country, enlisting young people to combat use of the word and collecting more than 100,000 signatures to pledge inclusion and respect towards all people.

In order to learn more about youth experiences with the R-word, the Special Olympics Global Collaborating Center at the University of Massachusetts Boston, and Harris Interactive®ii worked together to design an online survey. In this online survey, youth across the U.S. were asked questions about the R-word, including whether they have ever heard the word, and if so, how they reacted to hearing it. Over a thousand youth between the ages of 8 and 18 responded to the online survey.

Youth leaders like Spread the Word to End the Word campaign co-founders Soeren Palumbo and Tim Shriver have used viral and grassroots methods to garner support amongst their peers and in schools across the United States and around the world. By highlighting the pervasive use of the R-word in mainstream media and reaching out to people like Bill O’Reilly when the R-word is used on his show, the campaign has begun to have a noticeable impact. FOX adopted the campaign’s ideals when they edited out multiple uses of the R-word in the movie “Miss March” and replaced it with alternatives in the DVD release. The F/X network now includes the R-word as one of three words that are not allowed to be broadcast. MTV has also embraced the campaign by bleeping out the R-word just like any other curse word or slur in shows like “The Real World” and “Teen Mom.”

“Meaningful change is often slow to occur, but we’ve found that once we are able to get our message in front of people, whether they’re a neighbor, a friend, a studio executive, celebrity or politician, they generally get it. It comes down to the human connection we all share. No matter where we come from, what our background is, we are all human, and we all deserve that requisite respect.”

“What people, I hope, are starting to see is that making their pledge to stop using the R-word is just the beginning of a whole new and amazing world that opens up to them,” said Shriver. “Once you open your heart to people with intellectual disabilities you’re going to want to do more and that’s where Special Olympics comes in—it’s the next level of activation. Young people today are desperate to make change, to channel their passions in meaningful ways and whether it’s starting a unified team at your school, or just cheering at a competition, that’s what Special Olympics is offering – a way for young people to make meaningful change in the world.”

Why ‘Mental Retardation’ is Outdated

Although originally a clinical term and introduced with good intentions, the term "mental retardation" and its pejorative form, "retard" have been used widely in today's society to degrade and insult people with intellectual disabilities. By instead using "intellectual disability" and "an individual with an intellectual disability" in federal laws, the United States sends a strong message that language is important and that no form of the 'R-word' should be used to refer to any of its citizens.

Champions of Rosa’s law made sure that by updating language in federal law that the bill would not expand nor diminish services, rights, responsibilities or educational opportunities duly owed to individuals with intellectual disabilities. It simply makes the federal law language consistent with that used by the Centers for Disease Control, the World Health Organization, and the White House through the President's Committee for People with Intellectual Disabilities. The changes will occur during routine revisions to laws and documents over the next several years. Since the alterations will be implemented gradually, the legislation is not expected to incur any cost.

A family in Edgewater, Maryland provided the inspiration for the law. Nina Marcellino is the mother of four children, including Rosa, a child with Down syndrome. In 2009, Marcellino learned that Rosa had been labeled retarded at school. Marcellino didn't allow the R-word in her house, and none of her children described their sister that way. Nina teamed up with other parents and her state delegate to introduce a bill to change the terminology in Maryland state law. Before the bill was brought up for consideration in the Maryland General Assembly, they held a hearing on the implications of changing the term.

There were several witnesses at that hearing, but the testimony that had the greatest impact was given by an 11-year-old boy: Rosa's brother, Nick. "What you call people is how you treat them," Nick said. "What you call my sister is how you will treat her. If you believe she's 'retarded,' it invites taunting, stigma. It invites bullying and it also invites the slammed doors of being treated with respect and dignity."

Nick's comments speak to the core values of Special Olympics—respect, dignity, acceptance and inclusion. Special Olympics congratulates and thanks all involved in passing ‘Rosa’s Law.' 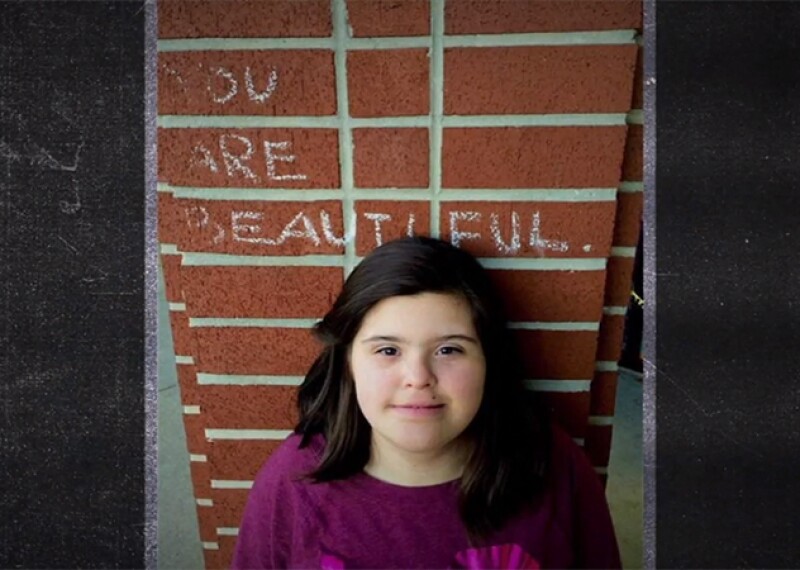 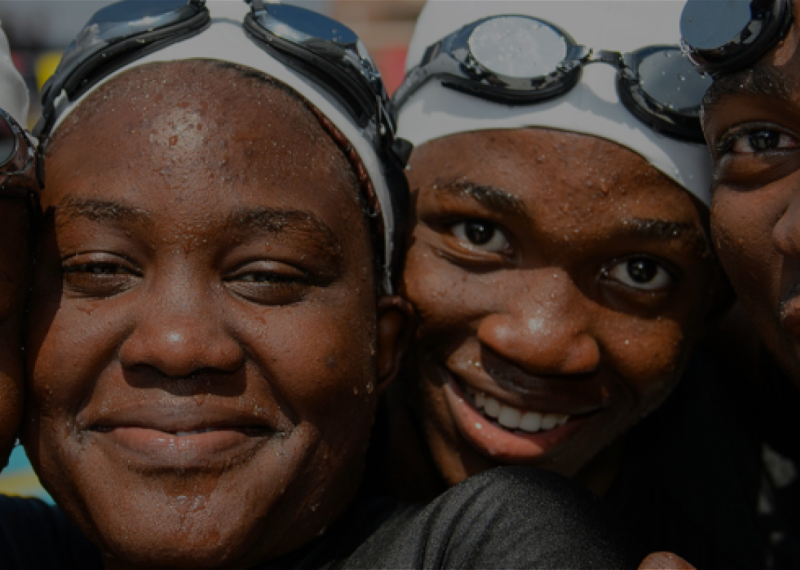 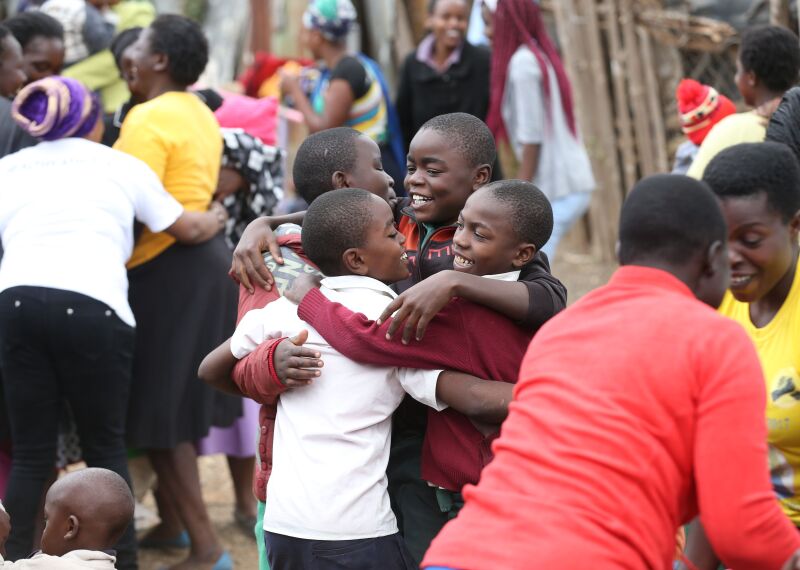 Our Athletes
Expanding Early Childhood Development for Kenyans With Intellectual Disabilities
Community activities can encourage acceptance when stigma is broken down by positive parenting education and family support networks.
1 Min Read
Join the Revolution
As we move forward, we need to know you’re with us. Be a revolutionary and help end discrimination against people with Intellectual Disabilities.
Take The Pledge