Through the lens of Detroit, the whole world will see how Special Olympics connects people from all backgrounds to build a more inclusive future globally.

At the Draw Ceremony on 13 May, teams were drawn and placed into three groups – A, B, and C.

The groups were drawn as follows:

The first matches of the Group Stage will be as follows:

During the first two days of competition, teams will compete in Group Stage matches against each of the other teams in their group.

Following the Group Stage, teams will advance to the Medal Round and be placed into divisions based on their performance in the Group Stage. The top team from each group and the next highest seeded team will advance to Division 1. Division 2 will consist of the following four highest seeded teams. The three teams who finish last in their group and the next lowest-seeded team will compete in Division 3.

All teams will compete in Semi-Finals on Thursday, 4 August. Winners in Division 1 and 2 will advance to compete in Finals on Saturday, 6 August, in their respective Divisions, at Keyworth Stadium. Division 1 and 2 consolation matches and Division 3 Finals will take place Friday, 5 August. 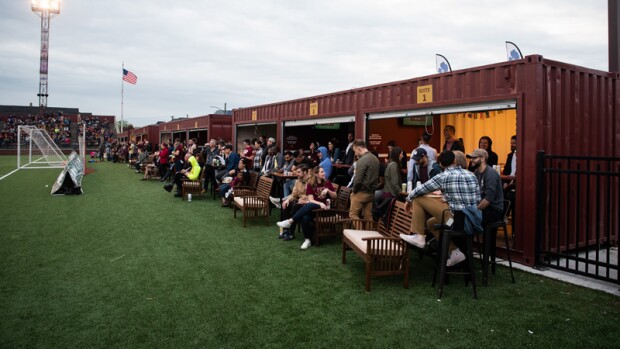 Fans in the Stands
Want to be part of the action? Gather a group and sign up for a fan-slot to make some noise for your favorite champions!

Division One Men’s & Women’s Championship Finals will be ticketed. Tickets on sale soon.

Official Fans in the Stands Sponsor