Camp Shriver - The Beginning of a Movement

When people speak of the origin of Special Olympics, they look no further than the first Camp Shriver—founded by Eunice Kennedy Shriver in the early 1960s. They talk of one woman's dream that started in her own backyard. They speak of her vision: how through sports, the lives of people with intellectual disabilities would be transformed and public perceptions would be changed forever.

Back in 1960, a woman from Bethesda, Md. called up Eunice and told her that she was having trouble finding a summer camp for her child with intellectual disability. The child wouldn't be accepted into a mainstream camp, and, at that time, the public education system couldn't figure out what to do with special-needs children never mind supply them with summer activities. Then another woman told her almost the same thing.

In Eunice's world, "enough" has always meant "do something about it."

Thus was born Camp Shriver, which she started at her Maryland farm, Timberlawn. Eunice asked special schools and clinics in her area to provide names of special-needs children who might be interested. Then she recruited high school and college students to act as counselors. It was almost a one-on-one situation—34 children, 26 counselors. 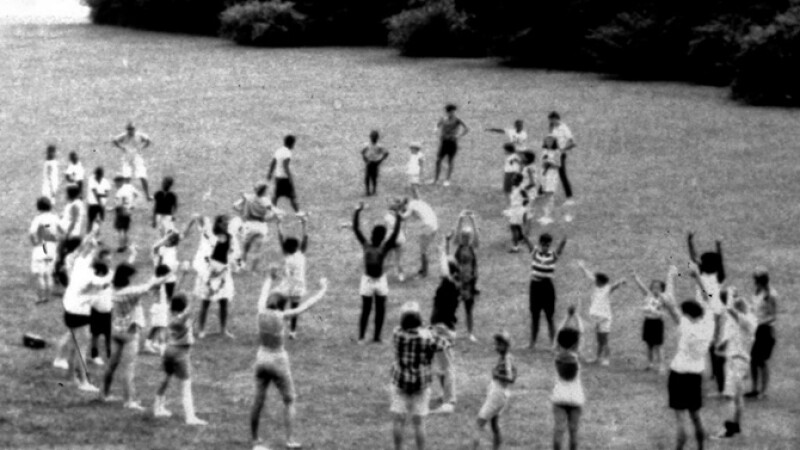 To prepare for a day at the first Camp Shriver, athletes stretch on the lawn at Eunice Kennedy Shriver's home in Rockville, MD. McCallum Link in Blue. 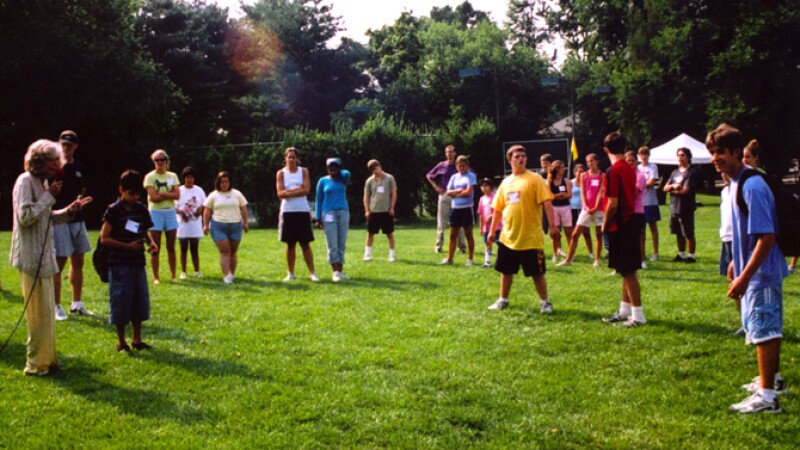 Camp Shriver activities through the years always join campers with and without disabilities. Eunice's goal is to inspire them and bring them together. 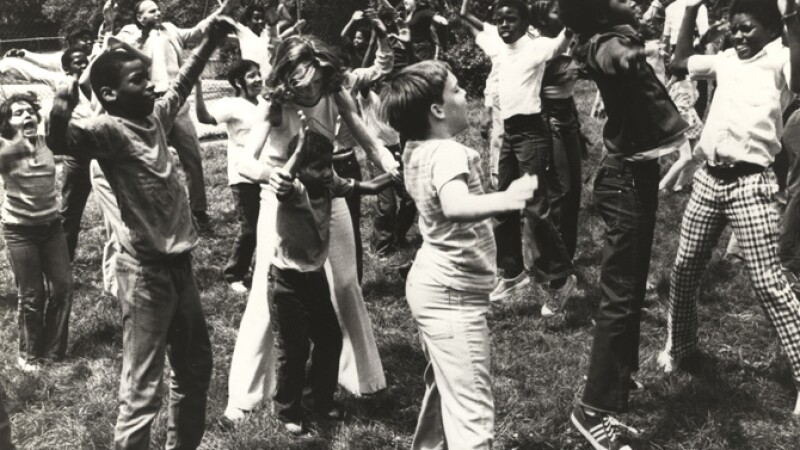 Morning activities at Camp Shriver always began with calisthenics, and a helping hand was always nearby. 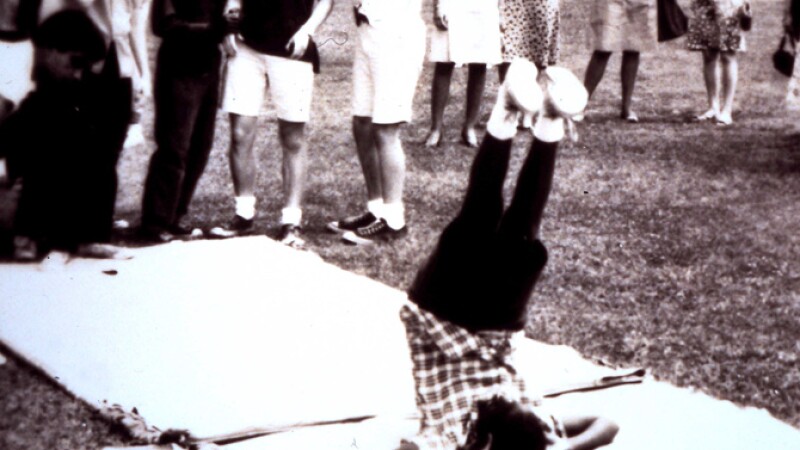 Eunice knew very well that people with intellectual disabilities could learn and benefit from sports such as gymnastics, but at the time, it was a novel idea. 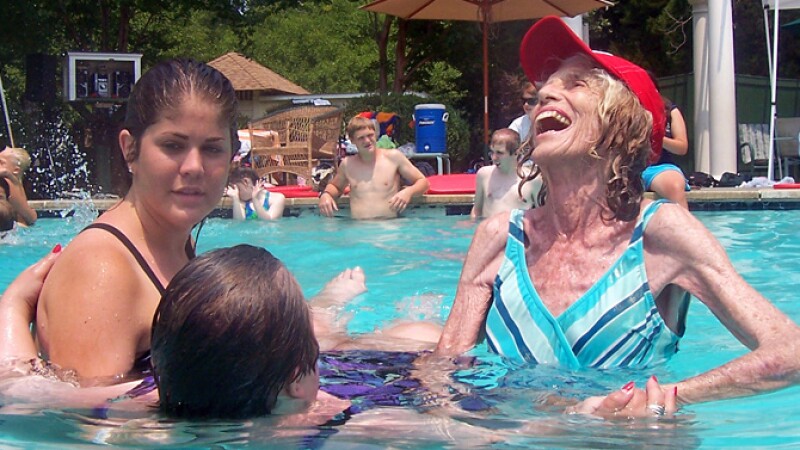 Thirty years after the first Camp Shriver, Eunice still loves being with the athletes and always finds a joyful moment to share. 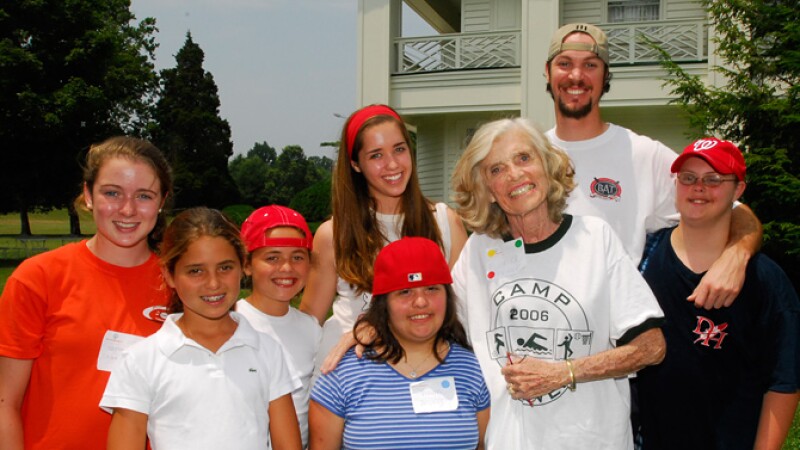 By 2004, Eunice was holding Camp Shriver activities with her grandchildren and notable volunteers, such as John Patterson, now a pitcher with the Washington Nationals baseball team. 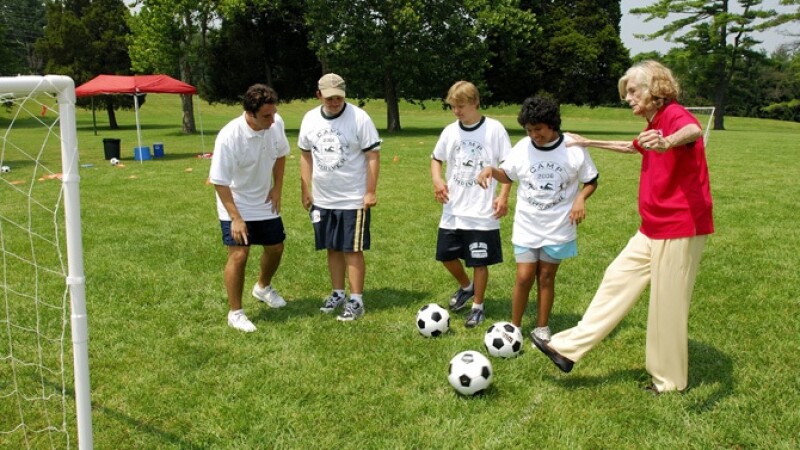 Eunice demonstrates her soccer skills to campers in 2006.
Photo by Laurence L. Levin 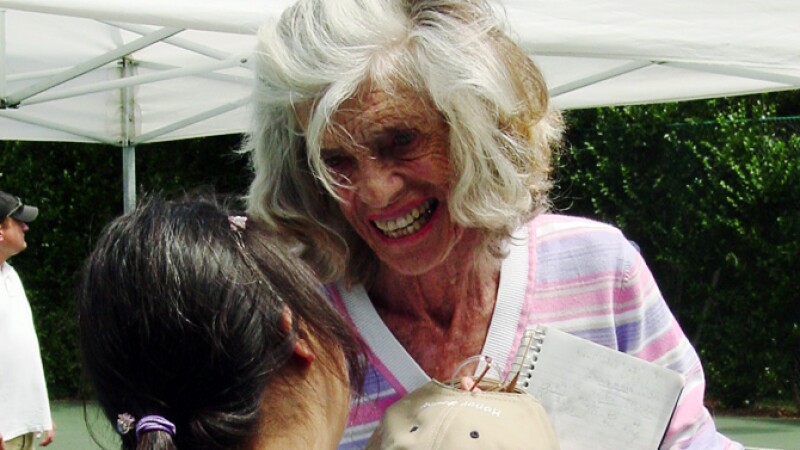 Eunice talks to a camper while holding her familiar notebook, full of comments, thoughts, and ideas gathered through the day's conversations. 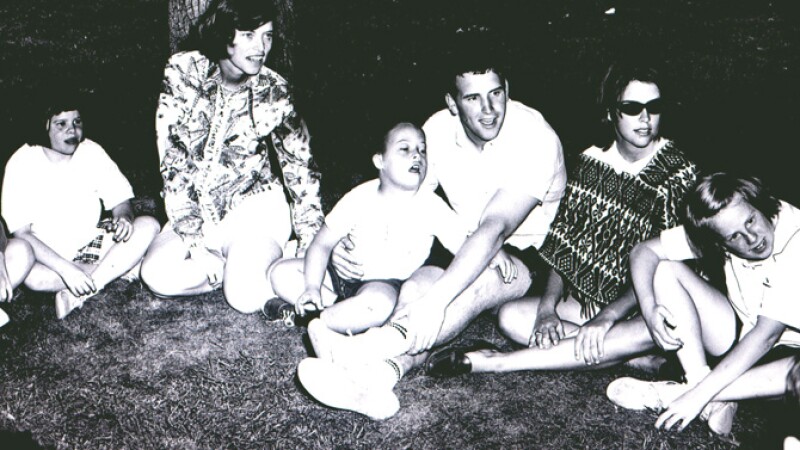 Since the first Camp Shriver, Eunice and her campers have always liked to listen to stories at the end of the day. 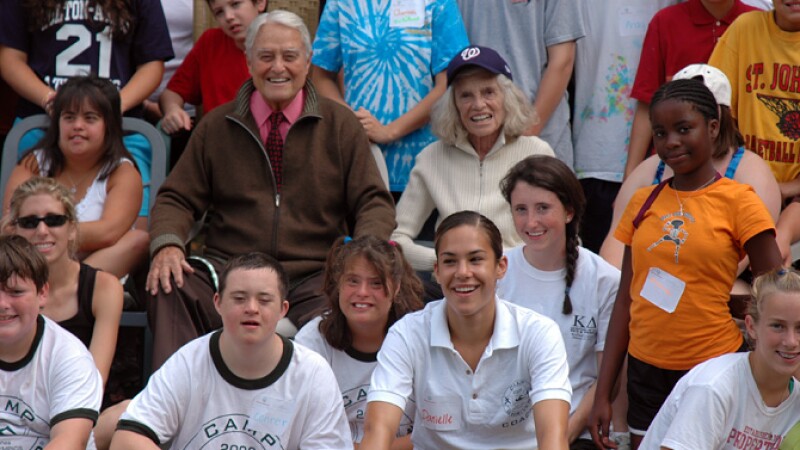 Eunice and her husband, Sargent Shriver, in 2006, the last year Camp Shriver activities were held at their Maryland home. 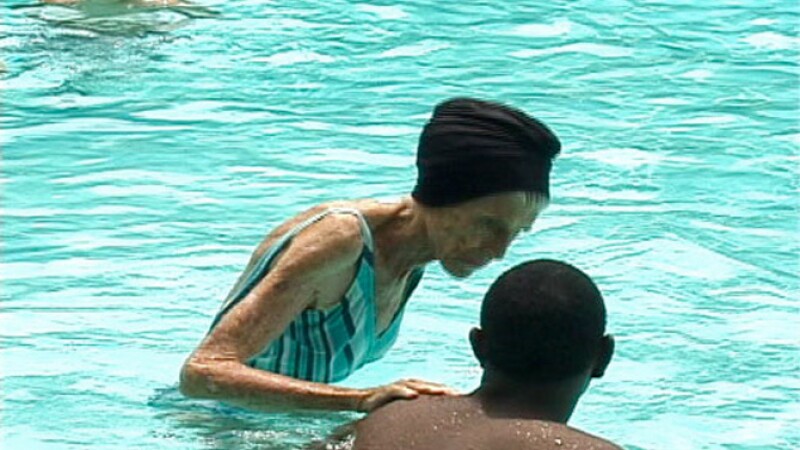 Throughout the years of Camp Shriver, Eunice shared her love of all sports and provided a personal and inspirational touch.

To almost everyone's surprise—the exception being Eunice—it was an instant success. The children swam, kicked soccer balls, shot baskets and rode horses under the summer sun. Perhaps most importantly, the young counselors, wary at first, began to see, as Eunice already had, that these children were not "difficult," "unteachable," "belligerent" and all those other stereotypes that had been ascribed to them. They merely wanted to have fun ... just like every other kid.

As the camp continued and flourished, people from the community came out to watch, and they were followed by representatives of the parks department and public-school system. "That's when it really began to catch on," Eunice said.

One of the most important aspects of Camp Shriver was Eunice's insistence there be an interaction between children with special needs and typical children. One of the latter was Tim, her son, just three years old when the camp began. Tim was paired with a young boy with intellectual disabilities named Wendell. They swam together, ate together, ran together and sometimes got in trouble together.

"The thing about Camp Shriver was that it was fun," says Tim. "That's what my parents are good at it—making important things fun."

As the number of campers grew over the years, reaching about 100, so did the number of counselors. Special-needs grow and thrive with attention, and at Camp Shriver there were never kids moping around alone. They were engaged. "My mother always believed that one-on-one relationships can change people's lives," says Maria Shriver.

Camp Shriver continued for four years, up to the point when something grander and more far-reaching replaced it. But it was an important first step.

Read more about the history of Special Olympics