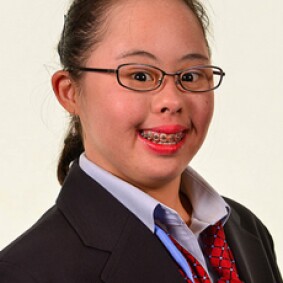 Stephanie is an accomplished athlete from Indonesia, winning gold medals in the 2011 Special Olympics World Games in Athens and the 2013 Special Olympics Asia Pacific Games in Australia, and also is an inspiring leader in the Special Olympics community. Additionally, she works with youth, with and without intellectual disabilities, to promote Special Olympics in schools and communities. Stephanie was even chosen by UNICEF and the British Council as the Torch Bearer during the London Olympics in 2012. To date, Stephanie has participated in more than 20 events as a Health Messenger and served as a Sargent Shriver International Global Messenger.