Jennifer Wardlow loved collecting pins at the 1995 Special Olympics World Games in New Haven, Connecticut. A staple of major Special Olympics competitions, the pins are designed to represent the athletes’ states and/or countries. It is a tradition borrowed from the Olympics—and for Wardlow, it was a fun way to make new friends.

At the World Games, athletes from all over the globe take part in exchanging pins. Some are nonverbal and others speak languages besides English. That does not stop the excitement. “There’s different ways to communicate, and that’s what you have to adapt to,” Wardlow says about the experience. While on a Zoom interview, she makes hand signs and gestures, indicating how she interacted with athletes of all cultural backgrounds.

During that July week in Connecticut, Wardlow spent time with an athlete from Africa. After awhile, Wardlow shared a piece of bubble gum. Without a shared language, they would say the words “yum yum, yum yum” and point to the gum. More athletes caught on and asked Wardlow for gum. Eventually she gave out so many pieces of bubble gum that she had no choice but to say no more yum yum.

It is moments like these that laid the foundation for Wardlow’s work with Special Olympics and the impact she would make. Since that time, she has served as a Global Messenger, an athlete who represents the organization in a public-facing leadership role, and has advocated for more inclusion for people with intellectual disabilities. Through her own actions and leadership, she has also encouraged athletes worldwide to be themselves and not allow being different to stop them from doing anything they want to do.

Wardlow attended Parkland High School in Winston-Salem, North Carolina, where she played a variety of sports but did not know much about Special Olympics. However, when she learned about it through a friend, she was hooked. “One of my friends I graduated with had asked me to take him to practice and I was like, ‘Wow, this looks fun,’ and I knew a couple other people who played as well,” says Wardlow.

Starting Special Olympics in 1990, at 19 years old, Wardlow began with athletics, and eventually participated in speed skating, bowling, softball, alpine skiing and basketball. Her experience playing high school sports added to her quick level of success. This is an experience that many athletes share, but what is unique about Wardlow is how fast she started to make an impact.

After only three years of competing, Wardlow took her first step in the Special Olympics Athlete Leadership realm when she went through the Special Olympics North Carolina Athletes for Outreach (now known as Global Messenger) training in 1993. She excelled immediately as a storyteller and advocate, causing her selection as a Sargent Shriver International Global Messenger in 2005. Like in Connecticut, she was able to experience unfamiliar cultures as she traveled globally on behalf of the Special Olympics movement. One such trip included a visit to the 2007 World Summer Games in Shanghai with President George W. Bush and his delegation.

The experience of traveling the world has shown Wardlow how much more privileged people in the United States are compared to others. And she makes sure those lessons are used in a positive light. “We never know what people are going through around the world, because of the privileges and rights we have in the United States. Everybody doesn’t have those rights,” says 50-year-old Wardlow.

Sherry Paul, who was one of Wardlow’s trainers when she became a Global Messenger talks about the time the two met. During introductions in the first training, Wardlow mentioned she just finished a stand-up comedy class at the local community college. The two have been partners and friends ever since. “She has had a strong voice since the beginning, but it has grown stronger,” Paul says. “Something I love so much is that her interest in the betterment of our organization and the world is not just for her, but it's for every athlete and every potential athlete that’s out there.”

In everything she has done with the organization, Wardlow, who’s now a part-time employee with Special Olympics North Carolina, says her time spent with founder Eunice Kennedy Shriver is one of her proudest moments. Wardlow attended Shriver’s 85th birthday party in 2006 at the White House with President Bush and was deeply affected by their time together.

Wardlow calls Shriver a “priceless jewel” and admires that when she set her mind to something, she finished what she started. “She showed me how to be persistent, how to be diligent, and taught me it’s not about me, it’s about us,” Wardlow says with power in her voice. “She showed me there’s no i in team but there’s an i in unity.”

Wardlow took that lesson to heart, and her vast contributions to the organization stretch far beyond her competitiveness. They’ve enriched the lives of athletes all over the world and given them a voice. 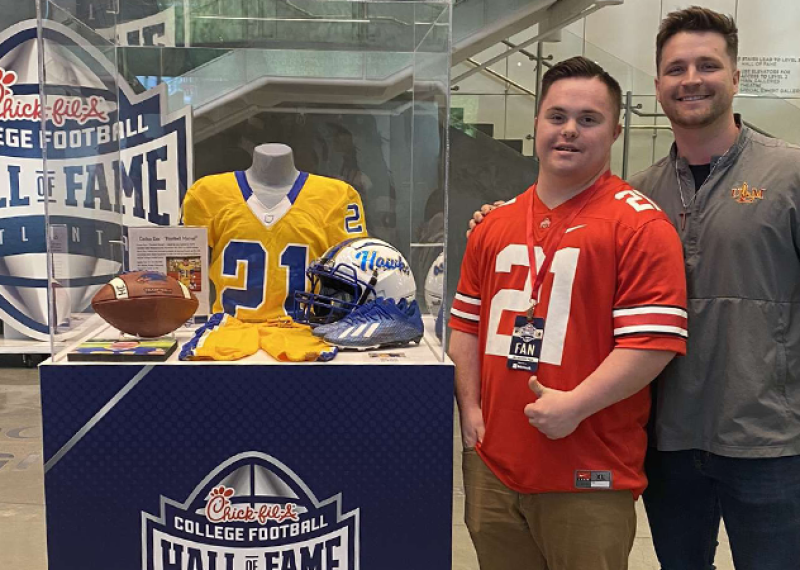 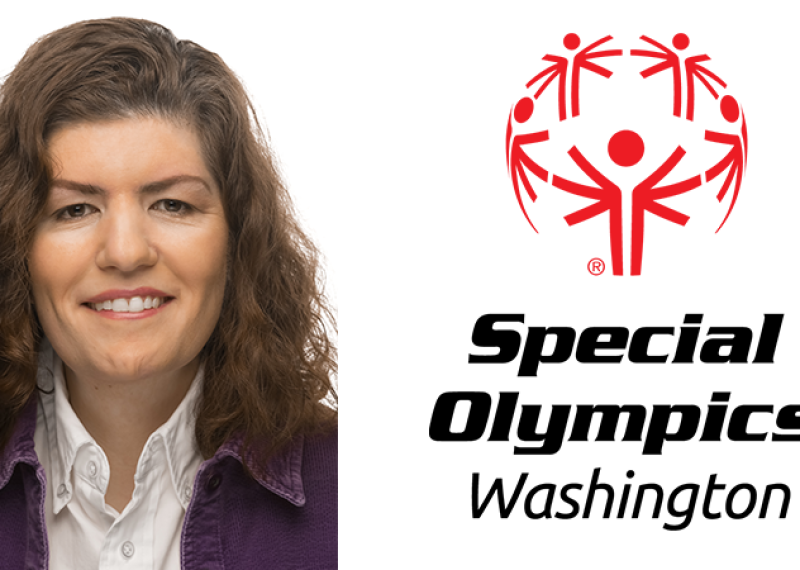 Athletes
Athlete Kelly Campbell Makes History as First Special Olympics Washington Athlete to be Named Board Chair
Having been involved with the organization for over three decades in a variety of areas, Campbell is set to become the first athlete to be named board chair for the Program.
4 Min Read