Throughout the Special Olympics North America Region, companies demonstrate what an inclusive environment should look like and how that translates throughout the communities. While some help in the athletic realm, others are helping in employment, an important aspect of living an independent life. In Canada, companies like Sobeys and Tim Hortons go above and beyond in leading the charge with meaningful employment opportunities for those with intellectual disabilities.

“To see our athletes as valued employees of many of our national partners truly demonstrates a commitment to our shared value of inclusion,” Sharon Bollenbach, Special Olympics Canada’s CEO, says. “It shows the power of authentic partnership and how working together, we can create opportunity on and off the playing field.”

Sobeys has a first-of-its-kind partnership with Special Olympics Canada, as it addresses and makes nutrition education and resources a top priority. Since 2016, the company has contributed more than $5.4 million in food and funds, but the commitment goes deeper. Geoff Bridges and Shawn Mitchell from Prince Edward Island are just two athletes who are examples of the inclusion that the company promotes.

Bridges and Mitchell both are employed with Sobeys. Bridges, who started participating in Special Olympics in 2008, said his friend Mitchell recruited him to the store. And since then, he hasn’t looked back.

“Some days it can be quiet and other days it can be busy,” Bridges says. “I’ll take care of the carts, and if there are any spills, I clean that up, plus cleaning the public bathrooms and staff bathrooms.” But he doesn’t forget to credit Special Olympics and what they’ve done for him. Although it might not have prepared him in the traditional sense when someone thinks of employment, the athletic side of things did teach him some things.

“Doing sports keeps you in shape and I’ve lost over 35 pounds since I started working at Sobeys because of the sports and training with Special Olympics,” he says.

Working at Sobeys allows Bridges to be independent and financially stable, but it also allows him to beam with pride knowing that the workplace environment is inclusive and sends a positive message, not just to his community, but across several communities. For Mitchell, that’s not a new feeling. He’s been with the company for over two decades.

He handles a lot of the same duties as Bridges, like pushing carts. During the Zoom interview, he jokes about specific skills one must have for the type of position. He says strength is necessary. Having participated in Special Olympics for 19 years, Mitchell gets the strength he needs from floor hockey, soccer, and bowling.

Mitchell enjoys his job and doesn’t plan to go anywhere anytime soon. He plans to retire one day from the company.

“It’s a good place to work at with a lot of customers and good people in there,” Mitchell says. “And they treat me like family and are very protective of me.”

Angela Hage, who is Michelle Tarco’s manager at Tim Hortons in Ontario, says she was asked to attend a work event where they talked about Special Olympics Canada’s partnership. In attendance with her husband, who also serves as her business partner, she said something just felt like it was missing at the locations they own. And at that moment, she knew they needed to hire those with intellectual disabilities.

“My husband is a professional athlete, he played 10 years with the Hamilton Tiger-Cats, a little bit in the NFL and in college and he’s always had great experiences with individuals with disabilities,” Hage says. “So, we’ve always had this connection and great experiences and really believe in including everybody.”

As soon as that collaboration between Special Olympics and Tim Hortons came into play, they immediately opened a position for an athlete to find meaningful employment. Because Hage comes from an athletic family, it was all about teamwork.

“Michelle had applied to our open hiring event, and we had interviewed many candidates and we hired a lot of them, but Michelle is still with us today,” Hage says. “She was amazing in her interview, and we knew this would be a good fit in the kitchen because she has knife skills.”

For Tarco, it was a perfect position for her.

“I went to school first and got knife skills through the culinary program and then I applied to Tim Hortons,” Tarco says. Because of those skills, Hage knew the back of house would be a place Tarco could excel.

The most important thing for an inclusive workplace is having a manager that is fully invested in the success of the employees. For Tarco, Hage is that person. During the Zoom interview, Tarco was a bit nervous, so Hage helped her out. A gesture that demonstrates inclusion in the workplace shows just what can happen and how an individual can blossom when given the opportunity. Picking up the computer, Hage gave a tour of the restaurant and each station Tarco worked at, like stocking the shelves in the freezer and cutting up the product. It was a small gesture, but one that made Tarco feel comfortable. Her team members were so excited for the chance to say “hi” on Zoom.

Both Sobeys and Tim Hortons continue to send a message that inclusion is necessary both on the field of play and in the workplace. Their actions set a path for other companies to follow in their footsteps. The sense of belonging that each athlete feels allows them to grow into incredible employees for their respective companies and the community's eyes are opened to what can be achieved when they practice meaningful inclusion in all areas of life. 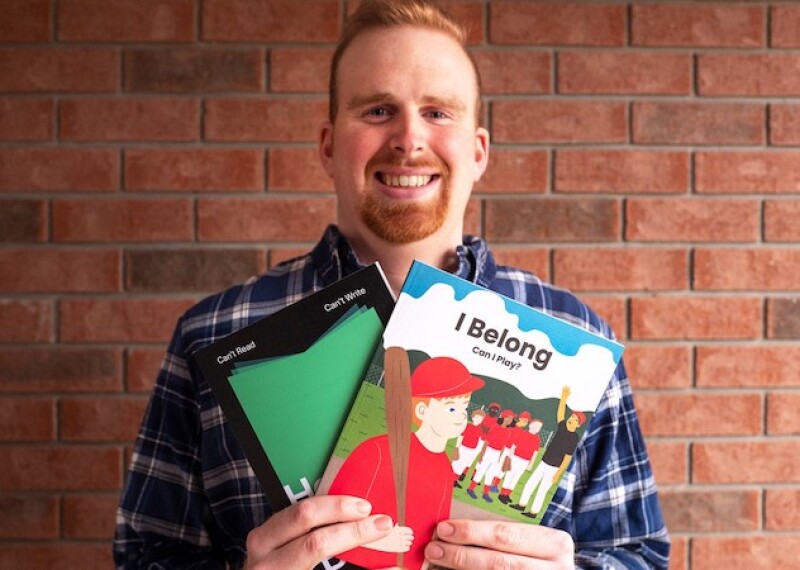 Athletes
Michael Jacques Makes Impact Writing Books About his Experience Living with Autism
Michael Jacques lives life overcoming obstacles. He doesn't read or write, but that doesn't stop him from sharing his story in the most creative of ways. Jacques shares his story about how he became a self-published author to his books "I Belong: Can I Play?" and "Can’t Read, Can’t Write, Here’s My Book." A feat that while challenging, was well worth it in the end.
5 Min Read 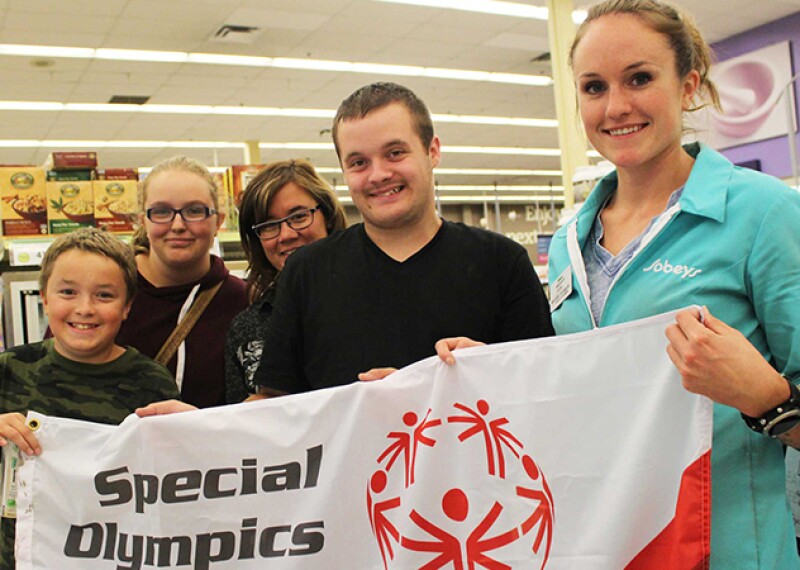 Athletes
Sobeys Counselor Offers Food Advice to Canadian Athletes
Laura Johnston talked about where to find quick and healthy meals and snacks and reminded the group of looking at the nutrition labels.
1 Min Read