Youssef saw his friends beaten and bullied, then he was beaten and bullied—all because they have intellectual disabilities. Instead of giving up, he became determined to show the world that people with ID can do anything “if only we are given the chance.”

In his early years, Youssef had trouble talking; he became shy and had no confidence. “Even my parents refused to tell anyone that I had a disability, in order to avoid society’s lack of acceptance,” he recalls. “But Special Olympics helped me to find my voice and become more confident.” His skills also grew, first through playing handball and basketball, among other sports, then after becoming an assistant coach. “I was scared at first, because winning my friends’ trust is a huge responsibility. But even my coach said I had a unique way of connecting with the athletes,” says Youssef. “They ended up trusting me in no time. I speak their language, so I can understand them and support them.”

At the Special Olympics 1st Pan-African Games Egypt 2020, Youssef was the only volunteer with an intellectual disability to work on the Games Management System (GMS) committee, responsible for credentialing. He also volunteered in other capacities; he continues taking classes to advance his skills.

Youssef is also a successful athlete leader and serves on the Special Olympics Middle East/North Africa Athlete Leadership Input Council. “But I know that in order to speak to the world (about Special Olympics, I need to develop my language skills—which is why I started English courses two months ago,” says Youssef. “I want to truly change perspectives about people with Intellectual disabilities”—both in the Arab-speaking and non-Arab speaking worlds.

“Society always portrays us as weak, so I want to show the world that we are strong. When people tell us that we are incapable of achieving 1, 2, 3 and 4, I will achieve all those and number 5 to prove them wrong!”

Youssef’s skills have helped him greatly in the workplace as well. He’s worked at a multinational company since 2007, rotating in various roles: from archiving, to insurance, to payroll, to database and supply chain. He currently leads a team of 25 people with intellectual disabilities at his firm, where he is also responsible for their salaries and creating various projects for them.

In his free time, he’s taking courses in life coaching, yet another passion. “I encourage everyone to stay at home, eat healthy and do sports as much as he can. I’ve been working remotely from home myself for the past 3 months, so I know it’s not easy, but we have to adapt,” says Youssef. “Better safe than sorry, and this too shall pass. We are all in this together!”

Youssef always reminds us to grab every opportunity to succeed, because “we are ALL able.” See more in this quick video—in which he chose the challenge of speaking in English, rather than his native Arabic, even though he just started studying the language. 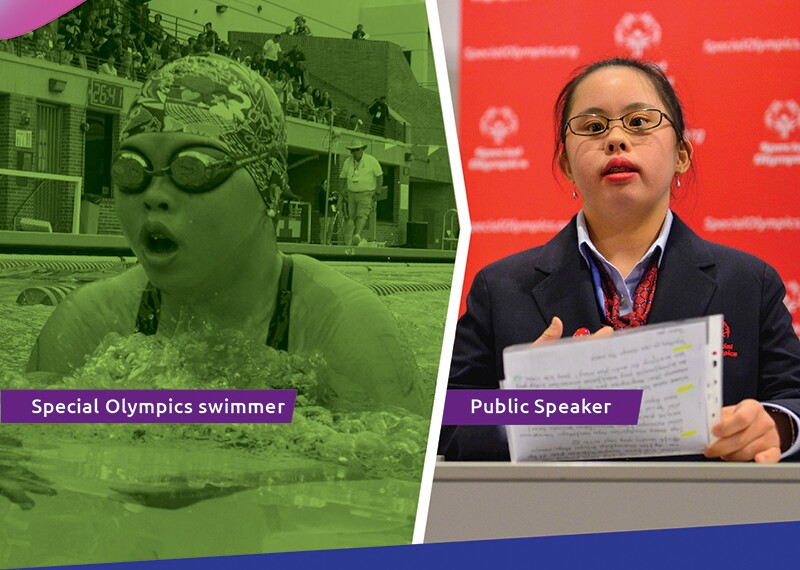 Our Athletes
From Fear to Triumph: Meet Stephanie
Through sports, Special Olympics athletes build skills and become leaders—on the field and in the community. Stephanie Handojo can tell you all about it! For Stephanie, swimming has been a great way to shatter stereotypes about the skills and stamina of people with Down syndrome. But to do this, she had to overcome many obstacles, including a huge one: her fear of water.
1 Min Read 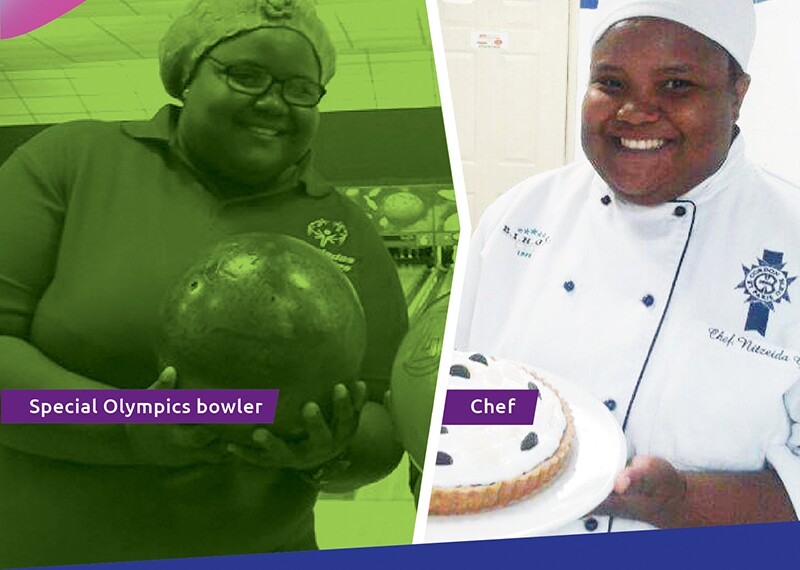 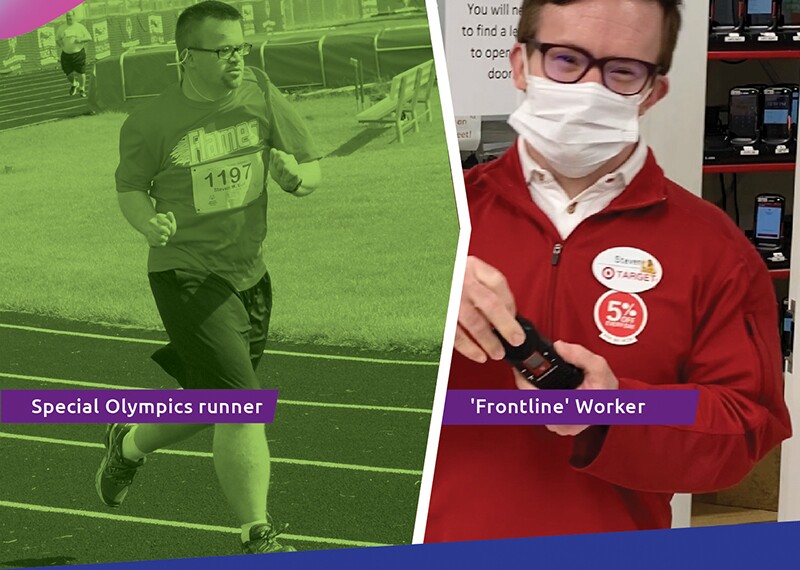