Stepping into the Ring for Inclusion in Cologne

Our Special Olympics tour continued through Europe with a stop in Cologne, Germany, on 7 November. With a growing presence in the area, WWE hosted a much-anticipated tryout for their NXT program, and our Special Olympics Deutschland athletes had the opportunity to participate right alongside them!

Upon arrival, our athletes were escorted through the tryout center and watched ringside as male and female wrestlers from across Europe tried to prove they had what it takes to become NXT talent. Together, our athletes and the WWE NXT tryout participants had the chance to watch Marcel Barthel and Fabian Aichner, two of NXT Europe’s top talent, match up against each other. Observing the coordination, precision, and skill these two wrestlers brought into the ring, helped pump up our athletes and inspire them to bring the same level of confidence to their own workout later that day. 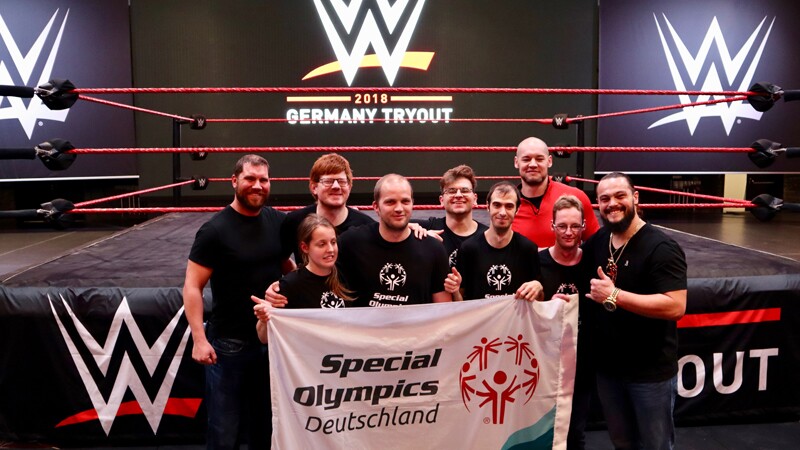 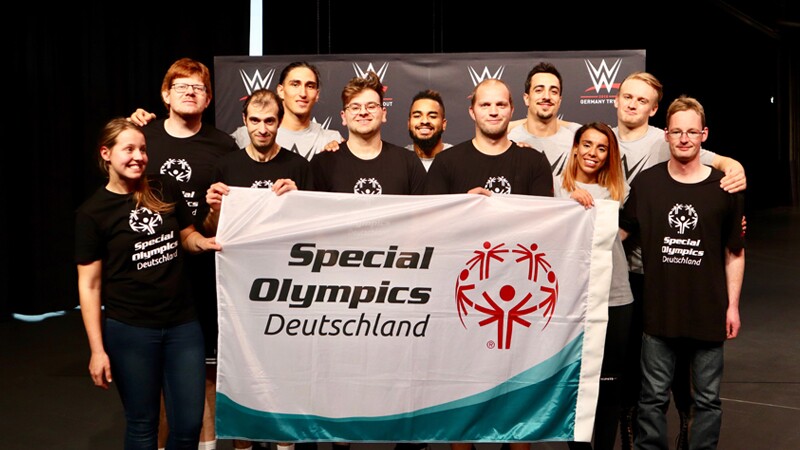 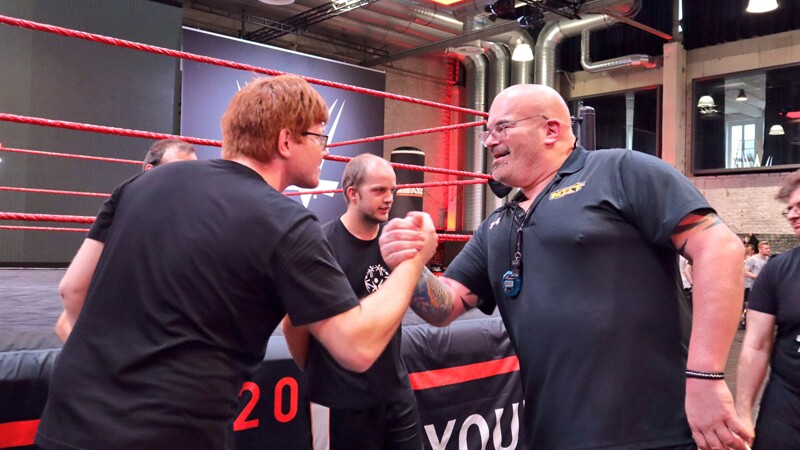 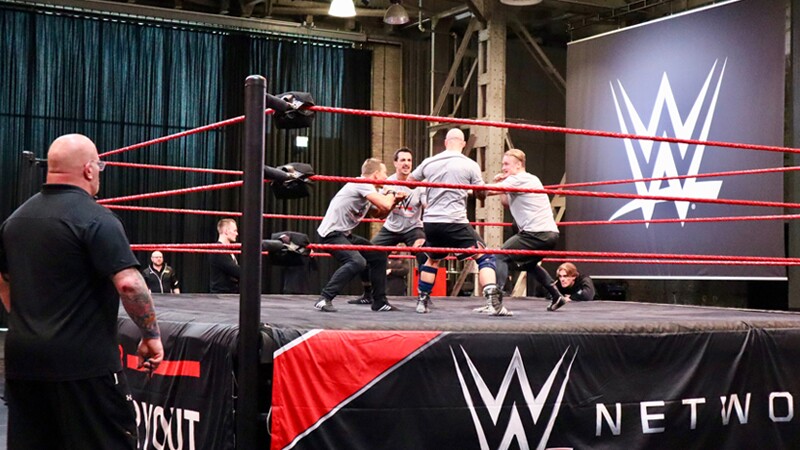 For WWE, the importance of our mission and the spirit of our movement for inclusion is deeply ingrained, a value which they find important to instill in any potential roster talent. Head Coach Matt Bloom from the NXT Performance Center, who has worked with our athletes for several years, shared his own experience with the group, acknowledging that often he sees people come in expecting to teach our athletes, but it is them who teach the real lessons.

After learning a little about the importance of the Special Olympics and WWE partnership, several tryout participants volunteered to join in for the Unified Workout. Head Coach Matt Bloom began with static and dynamic stretches before moving onto drills and a short cardio workout. Through each drill, athletes were met with words of encouragement and celebratory high-fives!

Following the workout, WWE Superstars Baron Corbin, Curtis Axel and Bo Dallas spent some time getting to know our athletes and congratulating them on being named to the Special Olympics Deutschland delegation for the World Games in Abu Dhabi. Our athletes capped off their day by getting to witness WWE up close and personal at their WWE Cologne show!