The refugee crisis in Europe has engulfed millions of Ukrainian families, including children with intellectual disabilities (ID). Already one of the most marginalized populations on earth, they are now confronted with the most challenging of circumstances—not only fleeing violence, but integrating into new host communities. Their needs are urgent, acute, and growing.

In partnership with Lions Club International Foundation, The Special Olympics Unified with Refugees platform is prepared to address these needs and create the necessary support and community integration in the immediate term. Special Olympics has an important responsibility to support families wherever they are, especially in the most desperate of times.

As a global movement dedicated to empowering individuals with ID and their families in over 190 nations, Special Olympics is actively supporting Ukrainian refugees through the integration of children and their families through its Unified with Refugees programming. Special Olympics is working closely with national Special Olympics organizations in Poland, Romania, Hungary, Slovakia and Moldova to provide emergency relief and assistance to SO-affiliated special education schools and centers. This relief and assistance will come in the form of direct grants to support the provision of:

Special Olympics Europe Eurasia is eager to provide key and urgent support to where it is needed most. Through this focused response, Special Olympics can continue to serve as a beacon of hope, belonging and protection to perhaps the most vulnerable, at-risk population subsets in the world, especially in conflict settings. The Special Olympics Unified with Refugees platform is prepared to engage in this effort and create the necessary support and community integration in the immediate term to ensure that it can meet the urgent needs of Ukrainian refugee children and their families.

With over a half-century of rich experience promoting social inclusion for people with ID, Special Olympics is pleased to welcome refugees and displaced people to the movement. By using Unified Sports in refugee camps, reception centers, and host communities, Special Olympics helps refugees demonstrate the ways in which they can contribute positively in their new homes, providing pathways to community and acceptance. It also drives a truly Unified Generation through sport by building bridges between the displaced and ID communities, and creates the opportunity to reach refugees and other displaced persons with ID and their families—the most marginalized among the marginalized.

"I will forever be grateful to the athletes of Special Olympics Italia. They welcomed me. They understood me. They offered their hands of friendship to me when I needed it most—and it continues to serve as a defining moment in my life."

Special Olympics embarked on the Unified with Refugees journey in 2016, after Europe alone received more than a million refugees and migrants the preceding year. As part of an urgent focus to address the plight of individuals with intellectual disabilities in refugee settings, Special Olympics conducted a briefing at the UNHCR HQ office in Geneva, Switzerland and additionally with the European Union in Brussels, Belgium in early 2017. These engagements prompted initial activations in the Netherlands and Cyprus, as well as a series of editorials in key publications like Euractiv, AIPS, Sport and Development and more! They highlight the growing impact and scale of the Special Olympics Unified with Refugees platform.

Since that time, Special Olympics and its valued partners have brought the power of sports to refugees with and without intellectual disabilities in Europe, Africa and Southeast Asia. As the reach of the program continues to expand, even more refugees of all abilities will benefit from inclusive development. 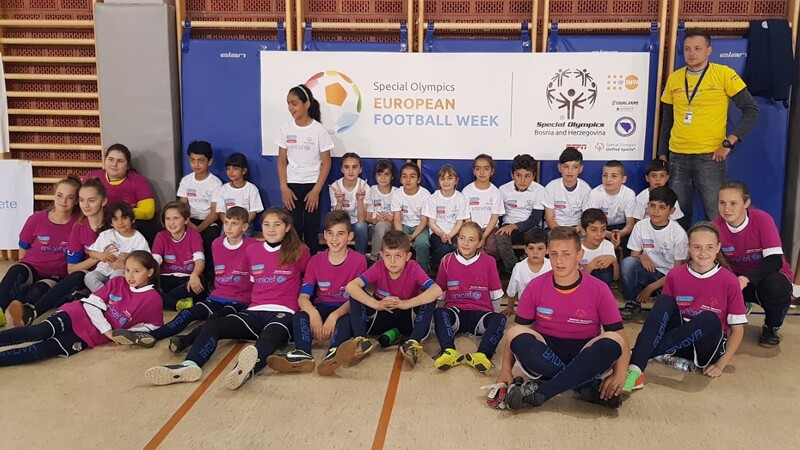 Special Olympics Bosnia and Herzegovina athletes are happy to include refugee children from the migration center "Ušivak" in Sarajevo in the celebrations of European Football Week 2019. 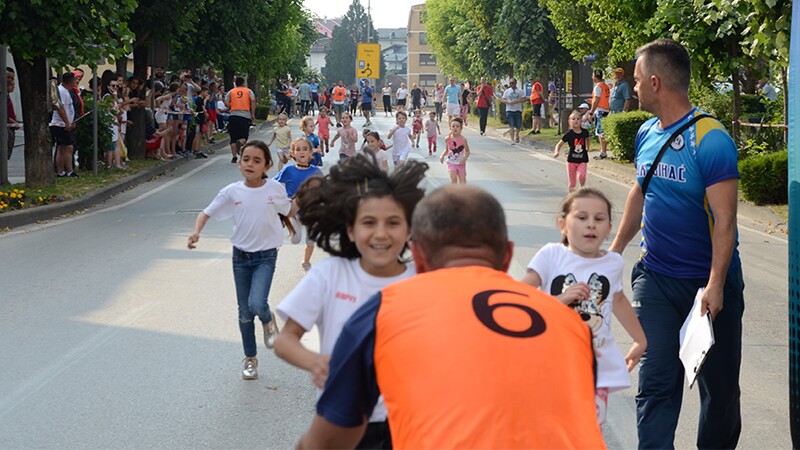 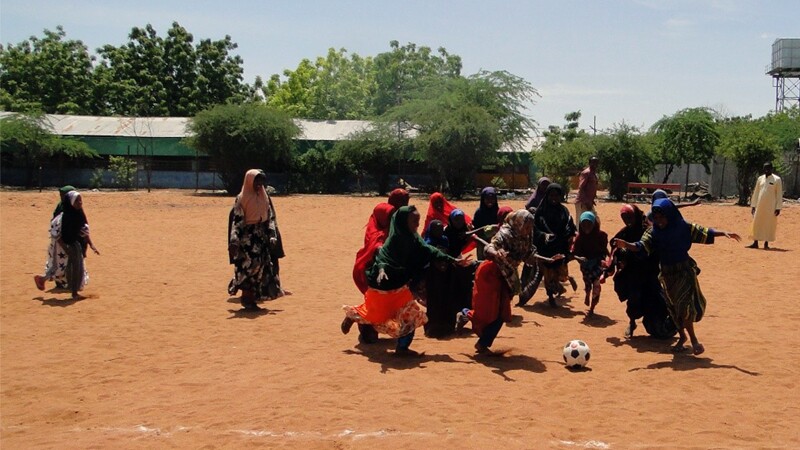 A group of girls and young women with and without ID share in the joy of football in the Dadaab Refugee Complex in November 2019. This match was part of Unified Football Tournament with teams made up of refugees and host community members. Housing over 200,000 refugees across three camps as of July 2020, Dadaab is one of the largest refugee complexes in the world. 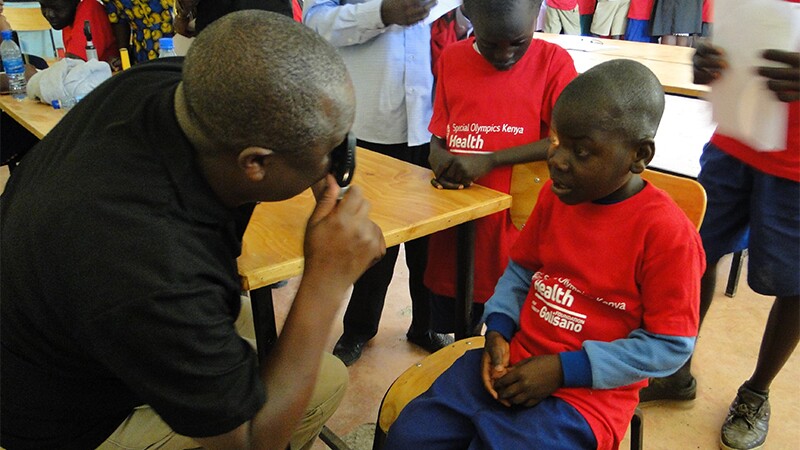 A young refugee boy with ID has an eye screening as part of the first-ever Special Olympics Healthy Athletes screenings at Kakuma Refugee Camp in October 2019. Located in northwestern Kenya, the Kakuma Refugee Camp is home to refugees and asylum seekers from many countries in East Africa. 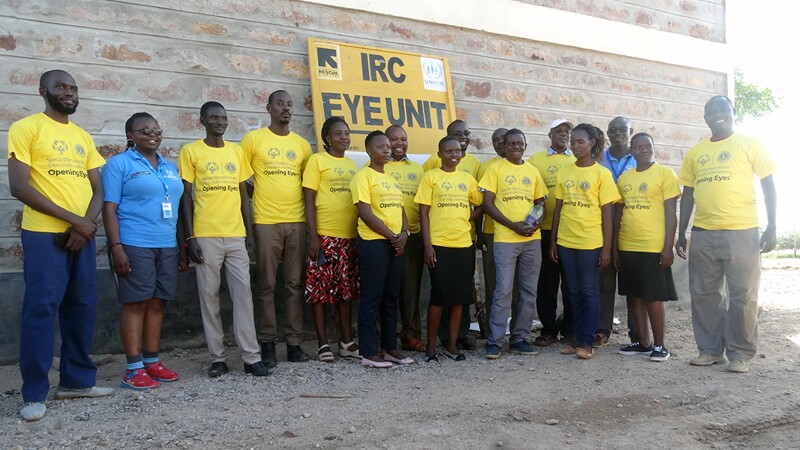 Health care workers from Kakuma Refugee Camp and the host community participate in a training held in the camp in October 2019 on how to provide care to people with intellectual disabilities. 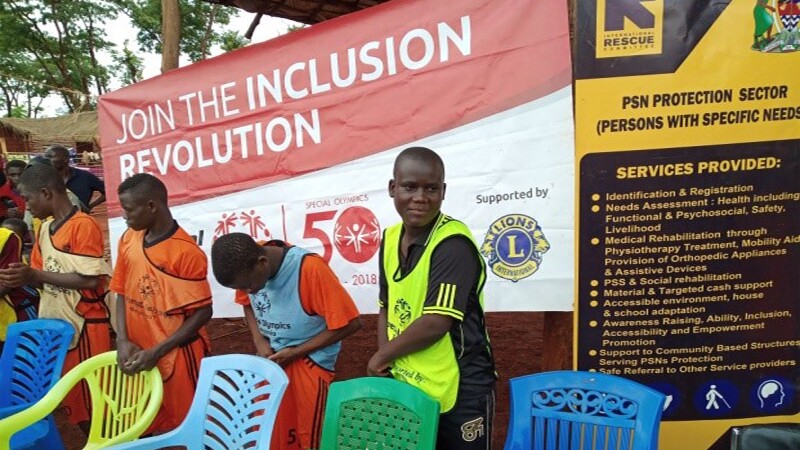 Boys and young men with and without ID at Nyarugusu Refugee Camp in Tanzania are ready to participate in Unified football and athletics. Malachie, far right, became a Special Olympics athlete after spending three years in the camp in chains—his family’s way of keeping him safe in a world where many don’t understand people with intellectual disabilities. Malachie went on to compete in athletics at Special Olympics World Summer Games in Abu Dhabi 2019. 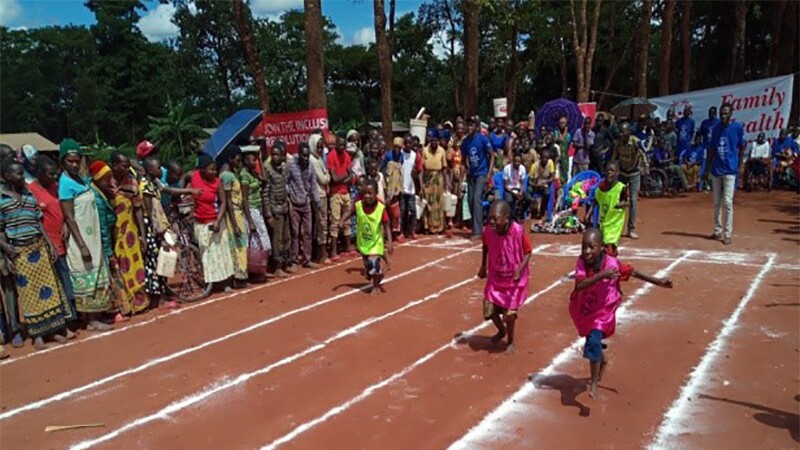 On 28 October 2017, Special Olympics Tanzania hosted a Family Health Forum alongside sports competitions at Nyarugusu Refugee Camp. Children enjoyed playing 11- and 5-a-side Unified football and 100m sprint. Approximately 150 people participated in a Family Health Forum on topics including a general orientation to Special Olympics and intellectual disability; water, sanitation and hygiene; and establishing Family Support Network. Created by the United Nations High Commissioner for Refugees (UNHCR) and the Tanzanian government, around 150,000 refugees, mostly from the Democratic Republic of the Congo and Burundi, live in this camp in western Tanzania. 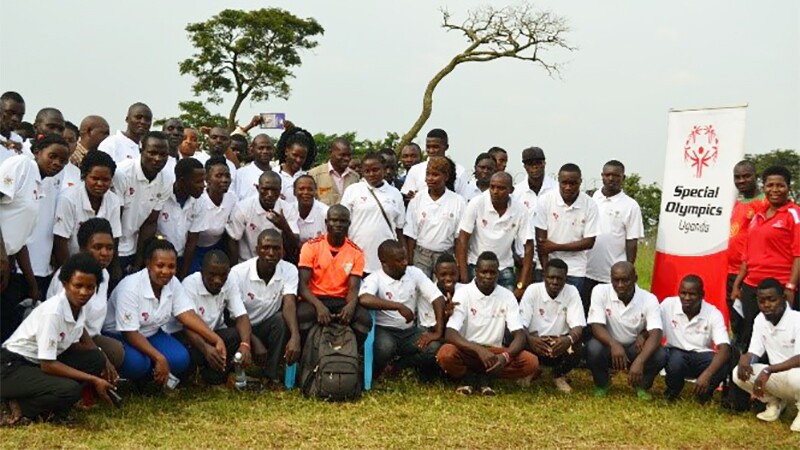 Special Olympics Uganda trained 54 coaches in July 2019 at Kagoma Youth Center in western Uganda. These coaches provide Unified sports programming in football to 213 athletes and Unified partners in this refugee settlement, which is home to refugees from Congo, Rwanda, Burundi, South Sudan, and Somalia. 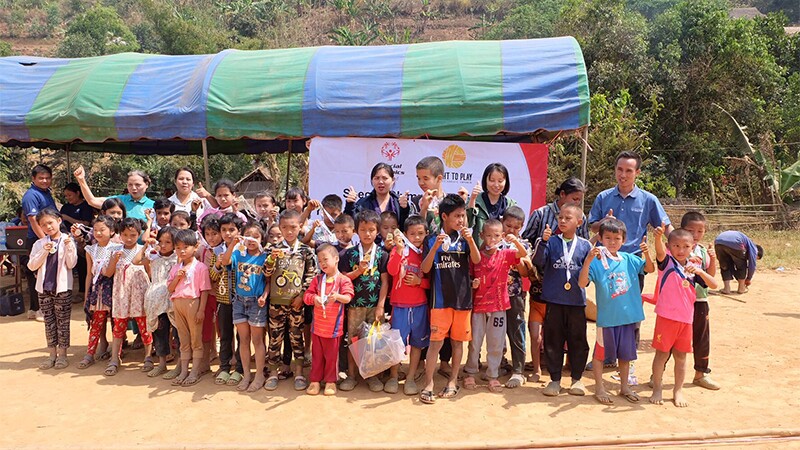 Special Olympics athletes and Unified partners in Umpiem Refugee Camp in Thailand near the border of Myanmar show off their medals. Thanks to the collaboration of Special Olympics, Right to Play, and UNHCR, the older children enjoyed competing in Unified bocce and Unified football, while the younger ones participated in Special Olympics’ early childhood development program Young Athletes. 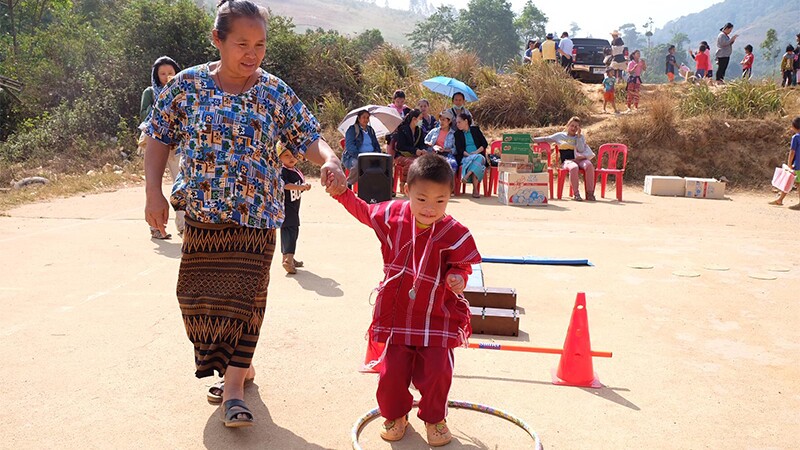 This participant in Young Athletes at Umpiem Refugee Camp enjoyed himself so much that he wanted another go at the obstacle course! His mother accompanies him through the course as elderly community leaders from the camp brave the midday sun to cheer him on. 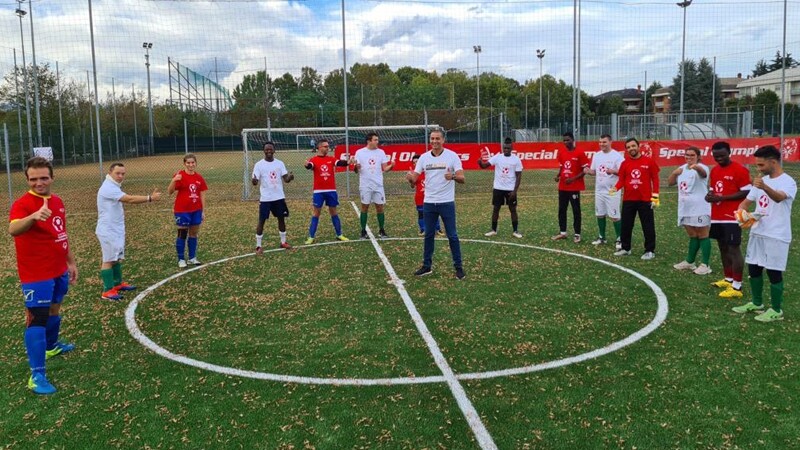 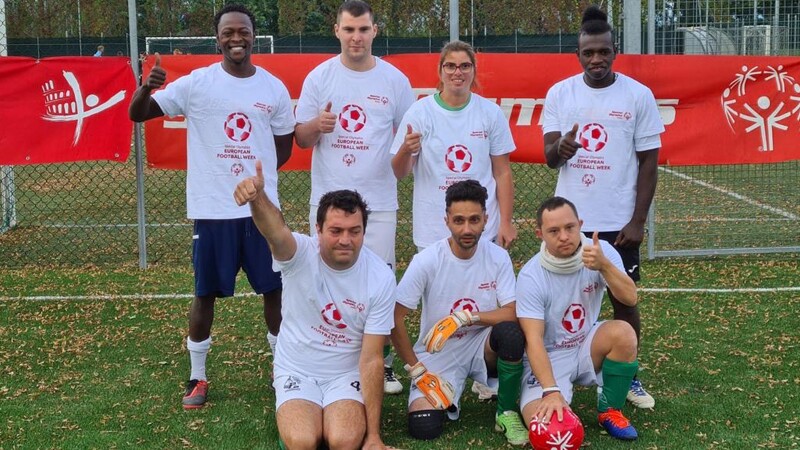 Let's get unified and restore dignity to humankind, says this Unified team after their European Football Week 2020 match in Turin, Italy. The Unified Partners from a nearby refugee reception center were pleasantly surprised by how easily the Special Olympics athletes included them on the pitch. They came out of a match they described as “incredible but intense!” wondering why people with intellectual disabilities are so seldom given opportunities to demonstrate their potential. 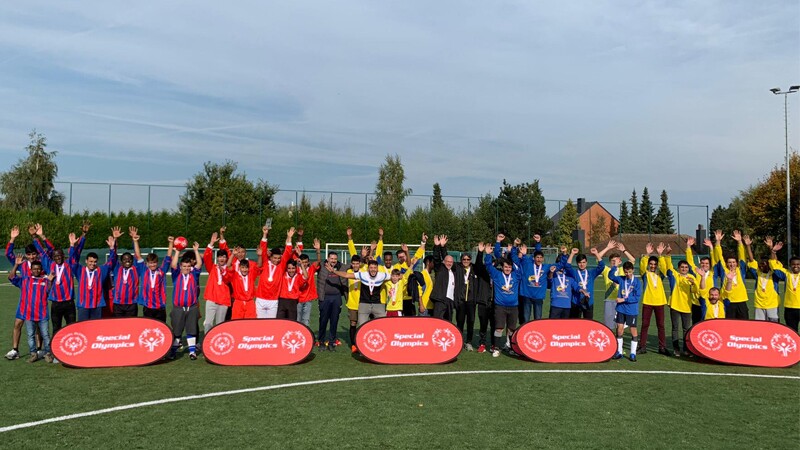 Five teams of Special Olympics Belgium athletes and Unified Partners—from the Woluwe-Saint-Pierre refugee reception center for youth—are ready for a day of 7-a-side matches in Kraainem, Brussels, in October 2019. 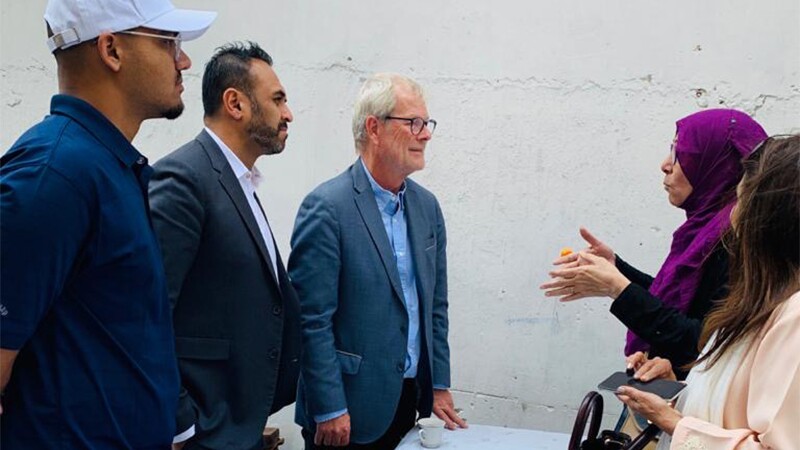 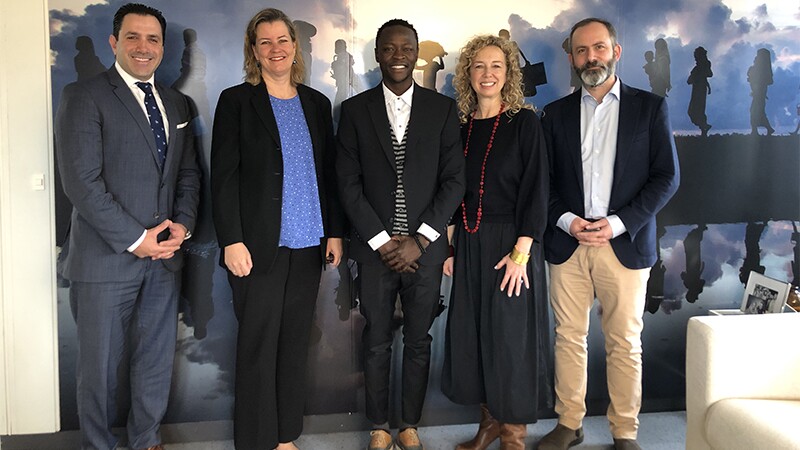 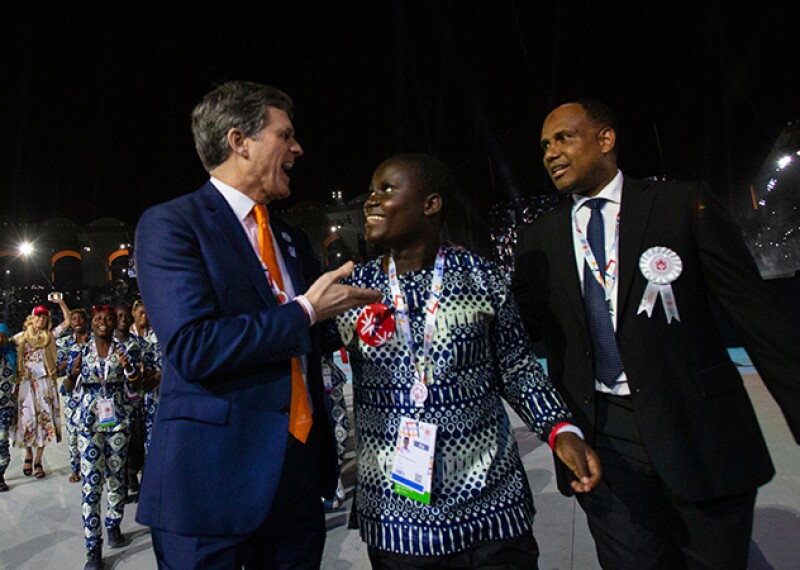 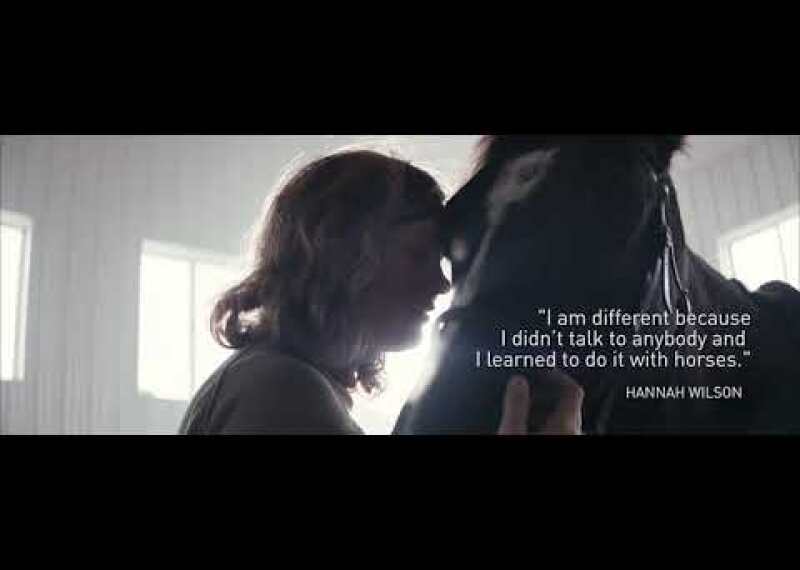 In the News
World Refugee Day
On Saturday, June 20, 2020, join us as we celebrate World Refugee Day, which commemorates the bravery and strength of the many refugees forced to leave their homes because of persecution. 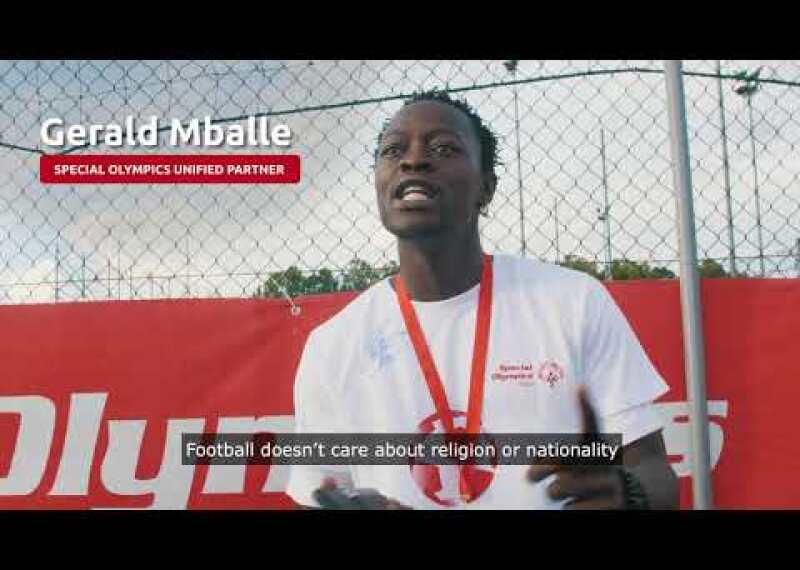 Supporting Partner of the Unified with Refugees program

Supporting Partner of the Unified with Refugees program