Cafu, a football legend and a national hero in his native Brazil, is the latest international sports star to be welcomed into the Special Olympics family. Not only is he a two-time World Cup champion and the only player in history to have appeared in three World Cup finals, Cafu is also a powerful advocate for those who have been traditionally excluded from society. Post retirement, Cafu has dedicated himself to charitable work, including his own Foundation, Fundacao Cafu, which is located in Jardim Irene where he was born and grew up. As a Special Olympics Global Ambassador, Cafu will promote the Special Olympics movement’s message of inclusion internationally. He will champion the rights of people with intellectual disabilities, raise awareness and resources, and help further develop football, health and education programmes for people with intellectual disabilities.

The official signing of Cafu as a Global Ambassador took place today at the Special Olympics Global Youth Leadership Forum in Baku. Cafu is one of a number of high-profile stars – including Olympic champions Vladimir "Vanja" Grbić, Bart Conner and Nadia Comăneci and philanthropist Natalia Vodianova—who attended the Forum. Sports stars took to the field for a Celebrity Unified Football Match in Baku’s Palace of Sport during the Forum. 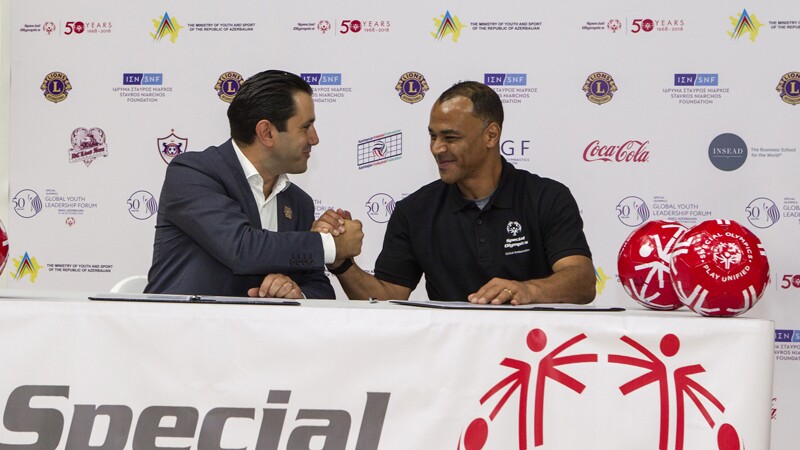 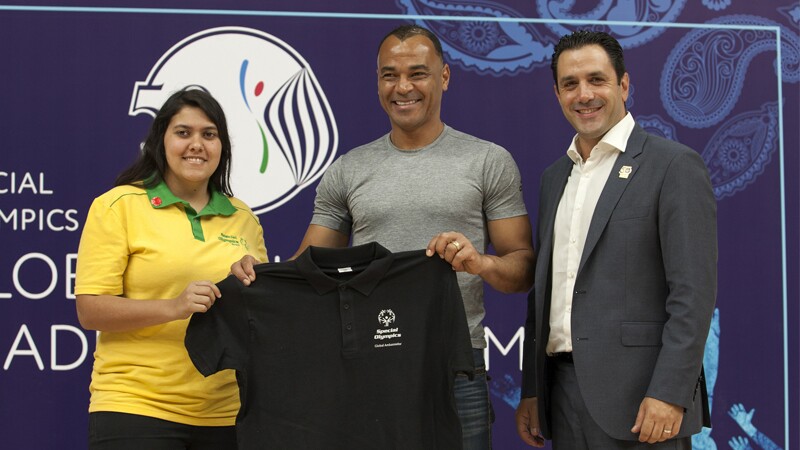 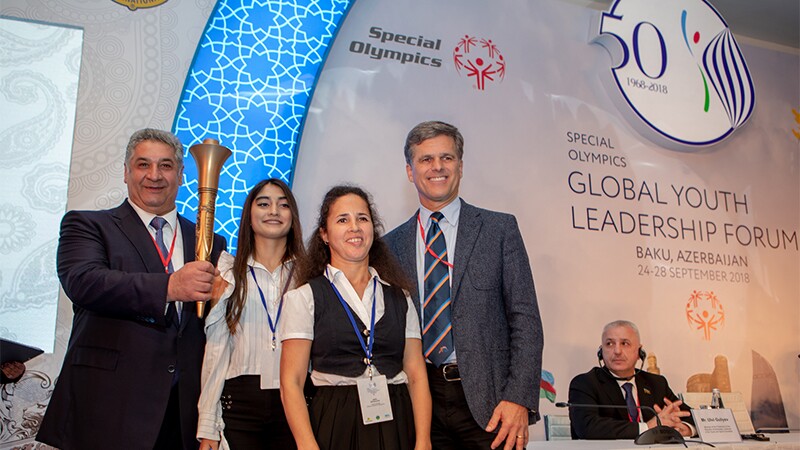 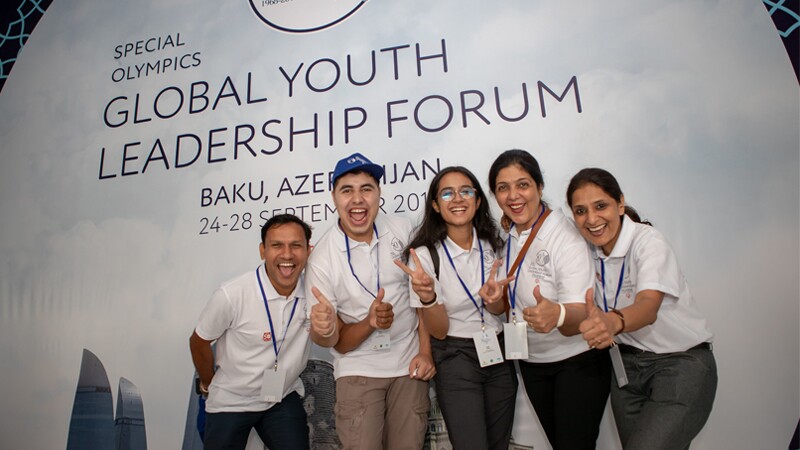 Also present at the signing was Special Olympics Brazil athlete Emanuelle Dutra Fernandes de Souza, a youth leader who has represented Brazil at international level in beach volleyball. Emmanuelle took time out from her work at the Forum, where she is developing an inclusive project, to mingle with Cafu, a national treasure in their home country. Emmanuelle explained the significance of the Forum: “My friends have always respected me, but I know this does not happen to every person with a disability. That is why we must strive to transform society and youth.”

No doubt Cafu’s presence was an inspiration to the other 120 youth leaders with and without intellectual disabilities from 45 countries who have gathered at the 2018 Special Olympics Global Youth Leadership Forum in Baku. These young leaders, who were supported by 100 adult leaders and experts, will develop, then implement, inclusive projects in their home countries. The projects are expected to engage over 8,500 new young people in inclusive sports and leadership activities across the world. The Forum runs from 24 to 28 September.

At the 2018 Special Olympics Global Youth Leadership Forum, which takes place from 24 to 28 September, youth leaders have opportunities to develop and expand their understanding of how they can drive social inclusion in their country. They explore new strategies and actions from globally recognized experts in leadership and social change to help advance a more inclusive world using the Special Olympics Unified Sports platform—where participants train and compete together.

The youth leaders will develop projects in Baku to be implemented in their home countries in after the Forum. These projects, which will be supported through grants from Special Olympics International, are expected to result in 8,500 young people being newly engaged in inclusive sports and leadership activities in 250 new Unified Schools and sports clubs worldwide.

Sponsors of the Forum include the Ministry of Youth and Sport of the Republic of Azerbaijan as well as Lions Clubs International, the Stavros Niarchos Foundation, the DC Lion’s Heart Foundation, Qarabağ FK, United Nations Population Fund (UNFPA), Azerbaijan Volleyball Federation, Azerbaijan Gymnastics Federation, The Coca-Cola Company and INSEAD.

Special Olympics is a global inclusion movement using sport, health, education and leadership programs every day around the world to end discrimination against and empower people with intellectual disabilities. Founded in 1968, and celebrating its 50th Anniversary this year, the Special Olympics movement has grown to more than 6 million athletes and Unified Sports partners in more than 170 countries. With the support of more than 1 million coaches and volunteers, Special Olympics delivers 32 Olympic-type sports and over 100,000 games and competitions throughout the year. Special Olympics is supported by individuals, foundations and partners, including Bank of America, the Christmas Records Trust, The Coca-Cola Company, ESPN, Essilor Vision Foundation, the Golisano Foundation, the Law Enforcement Torch Run for Special Olympics, Lions Clubs International, Microsoft, Safilo Group, Stavros Niarchos Foundation, TOYOTA, United Airlines, and The Walt Disney Company. Click here for a full list of partners. Engage with us on: Twitter, Facebook, YouTube, Instagram and our blog on Medium. Learn more at www.SpecialOlympics.org.