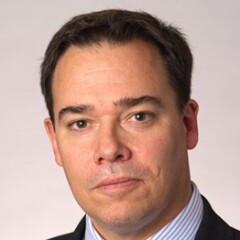 Mr. Bower is recognized as one of the world’s leading experts on the Asia Pacific, particularly Southeast Asia. He founded and is the President & CEO of BowerGroupAsia, the premier US-based business advisory company focused on supporting the world’s best companies working in Asia. BGA has offices in seventeen countries across the IndoPacific region. Ernie has built several of the foundational American institutions focusing on policy and business in Asia and Southeast Asia. In addition to creating BGA, he led the effort to create first chair for Southeast Asian Studies at Center for Strategic and International Studies (CSIS) and helped found, build and lead the US-ASEAN Business Council. He is the chairman of the advisory board for Southeast Asia at CSIS.

Mr. Bower is widely recognized as one of the strongest proponents for close ties between the United States and Asia. In recognition of his contributions, the King of Malaysia has awarded him the Darjah Panglima Jasa Negara (PJN) bestowing the title of “Datuk.” The president of the Philippines named him as a rare foreign holder of the rank of Lakan, or Commander. Mr. Bower also serves several business and humanitarian organizations including the US chair of the Advisory Council on Competitiveness for the Vietnamese Prime Minister; the Special Olympics; vice chairman of American Australian Council; the Institute for Religion & Public Policy; the Asian University for Women; and the Board of Advisors of the United States-Indonesia Society. He is a leading advisor and commentator on the business, economics and security issues in Asia.