Champions of Inclusion contribute to a more dignified, just and inclusive world for people with intellectual disabilities (ID), celebrating the strength of a world where we all enjoy the same rights. Athletes like Jaime Cruz Juscamaita, Special Olympics Peru, talks about his connection with Special Olympics and his efforts to create a better world for people with ID.

Hi Jaime! Could you tell us a bit about yourself?
Hi! My name is Jaime Cruz Juscamaita, I was born in 1995 with Down Syndrome. I live with my family: my mom, my dad, my older sister and our pet, Mia.

I’m an activist with various international organizations. I did all my school years in a regular school, under the inclusive school system. In the mornings, I would go to school and then, in the afternoon, attend therapy and swimming classes. I was also in theater acting classes since I was 14. I was always interested in acting, and as a child, dreamed of being a professional actor. To complement my education, I also took classes on computing and speech for Radio and TV.

Since 2015, I began working nights at the La Plaza Theatre, and in the mornings as a food and beverage bell boy in a hotel. Parallel to that, I continued taking theatre acting classes and acted in many plays until I was called to be the protagonist in “Hamlet” at La Plaza Theatre.

In 2018, I was contacted by the self-advocacy organization Empower Us; they gave me the opportunity to travel to the UK that same year, and in 2019, to New York, to address the United Nations on the importance of sports, culture and hobbies for people with disabilities. I have also traveled to Bolivia, Mexico and Colombia to talk about my life experiences.

I’m currently working as support in the communications department of the Peruvian Down Syndrome Society, and preparing myself to live an independent life.

Jamie Cruz at the UN
In 2018, I was contacted by the self-advocacy organization Empower Us; they gave me the opportunity to travel to the UK that same year, and in 2019, to New York, to address the United Nations on the importance of sports, culture and hobbies for people with disabilities. I have also traveled to Bolivia, Mexico and Colombia to talk about my life experiences.Full Story

How did your relationship with Special Olympics start?
In 2013, I participated for the first time in a freestyle, butterfly and relay swimming competition.

Which has been the most gratifying or favorite moment with Special Olympics?
When I made it to the National “Butterfly 50m” team for a gold medal I earned. I was national champion in butterfly style.

What does an inclusive world and workplace mean to you? Why is it important?
An inclusive workplace is being able to work with everyone, being given the chance to show our capabilities. It’s important because the world is composed of ALL OF US, and we have to live with respect and tolerance for each other.

What do you like about the performing arts? What are your thoughts on the current level of representation of people with intellectual disabilities in the Arts (theatre/acting, music, plastic arts, etc)?
Theatre allows me to communicate my feelings to others. In Hamlet, for the first time, we were given a chance to show what we’re capable of. There aren’t many opportunities in the local scene, I don’t see many people with intellectual disability in Peruvian theatre, television or film.

What’s the next step? What are your projects or future goals?
Keep studying to be a better actor and keep preparing myself to be an independent person. I had some Hamlet tours scheduled, along with my work as an activist, for Africa and Cuba, but with the COVID-19 situation, all these events have been postponed.

What message would you share with people outside the organization, regarding Special Olympics and a more inclusive society for people with intellectual disabilities?
We people with intellectual disabilities have our own skills, and if you give us a chance, we can show them to you. We should all work as one for a more inclusive world.

Tells us about your friendship with Rodrigo Valencia (RAVVA) – How did you meet? What have you done together?
I met RAVVA when I began working as a host in the La Plaza Theatre. He already had some experience and helped me in becoming a part of the team. He taught me how to sell theatre programs and together we would compete to see who would sell the most at the end of the day. We became pros at selling those. Soon after, RAVVA got an opportunity to be in one of the plays. I was so proud of him. I remember he told me I had to have patience, since it was just a matter of time until I was called up to act, and so it was, Hamlet came up. My first New Year’s roadtrip was with him and some other friends from theatre. We had a great time. We always wanted to do a project together, but we didn’t really know what until “Desde Que Te Vi” (“Since I Saw You”), his new single. He invited me to participate and that’s how we recorded the song’s video, with a script based on a real-life story. We had a blast during the filming and more projects are on the way. I’d like to invite you to watch the video in YouTube. RAVVA currently supports me with handling my social media channels and we’re always in touch. 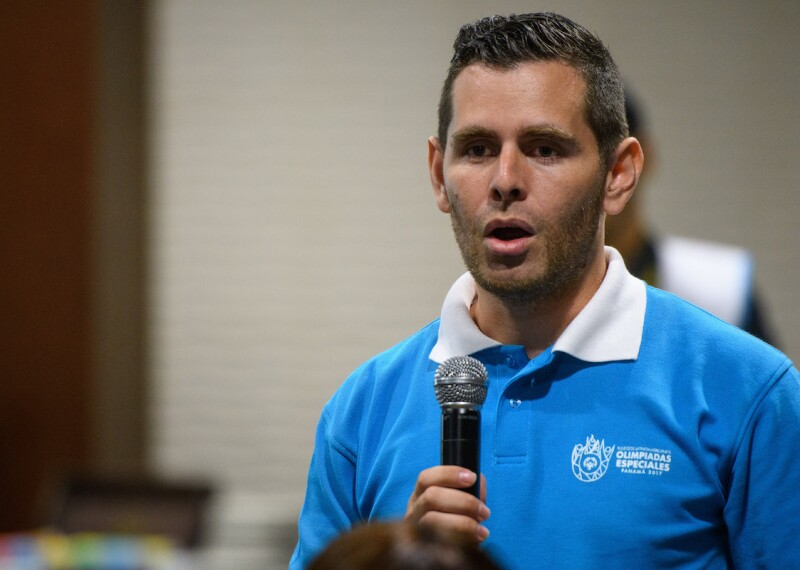 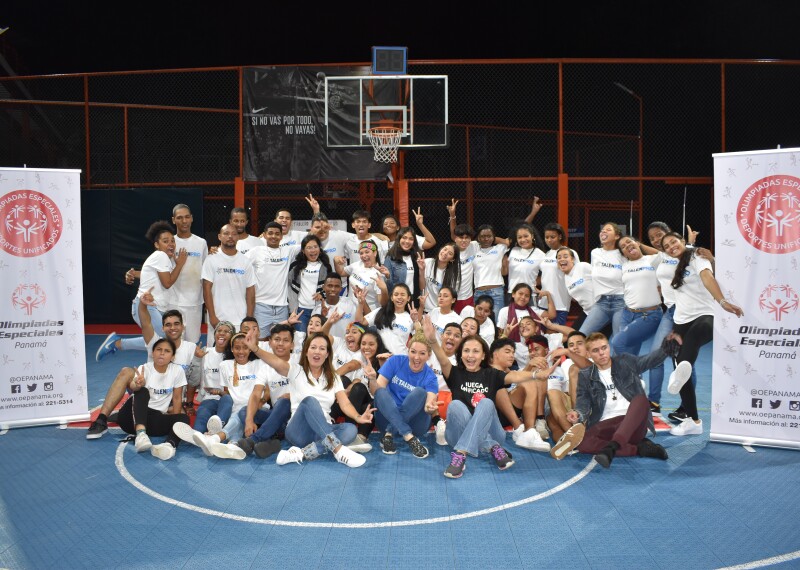 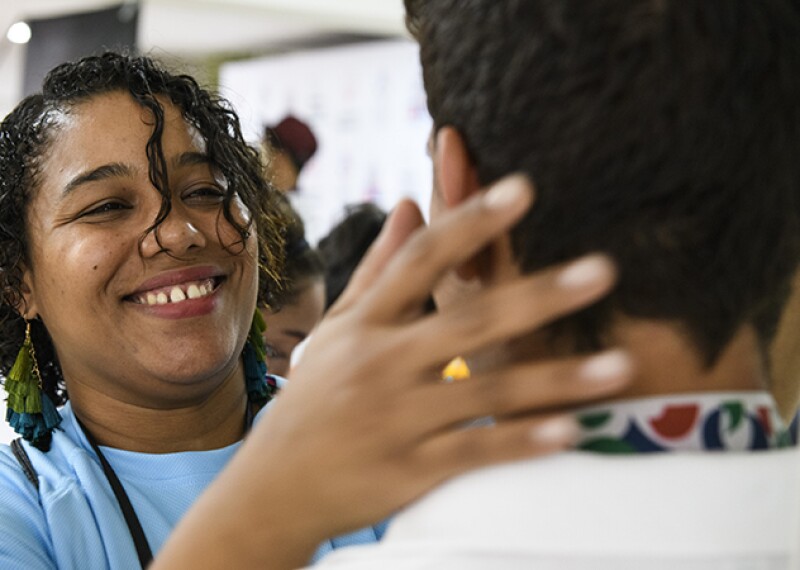