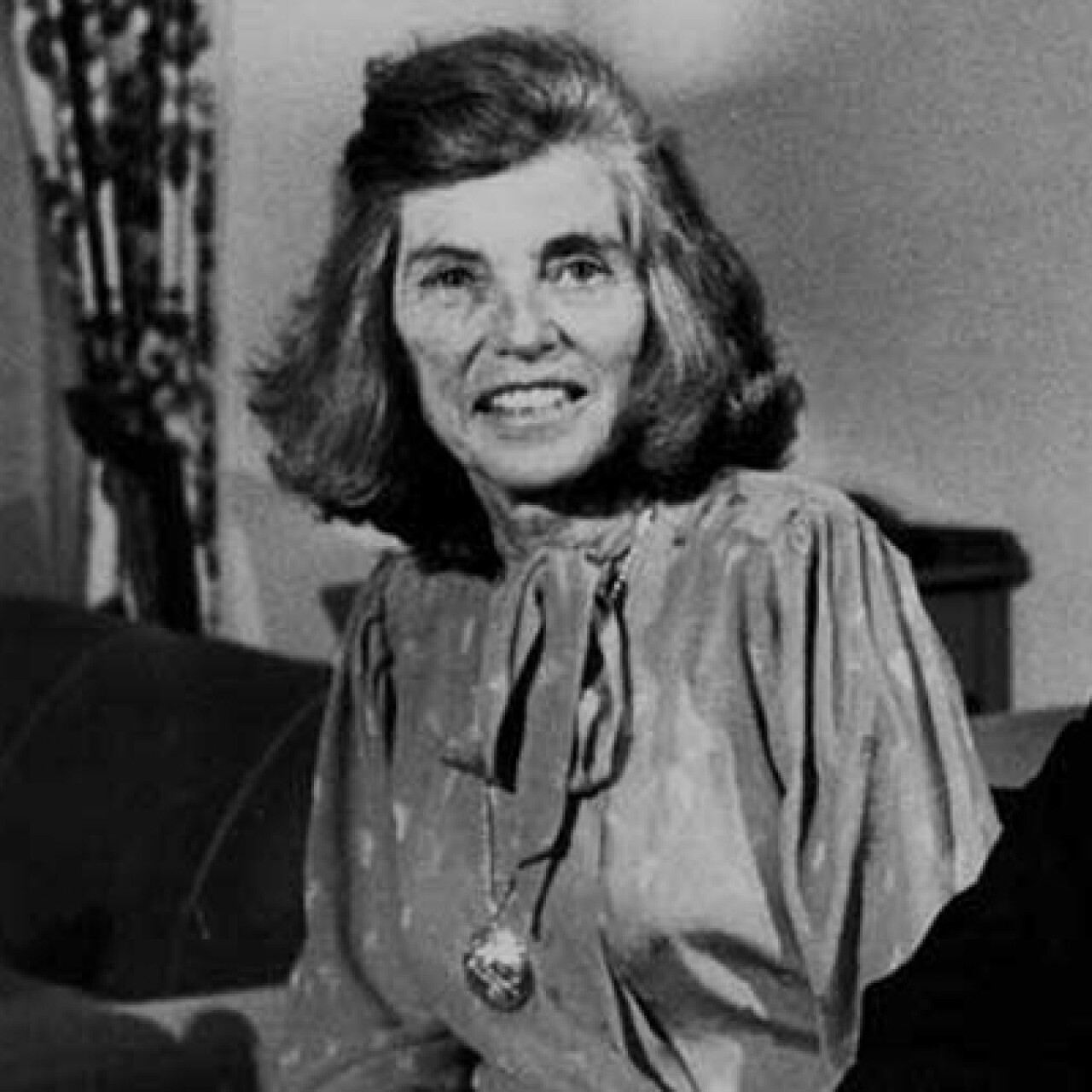 Eunice Kennedy Shriver, founder of Special Olympics, was a pioneer in the worldwide struggle for rights and acceptance for people with intellectual disabilities. Read more about her vision. 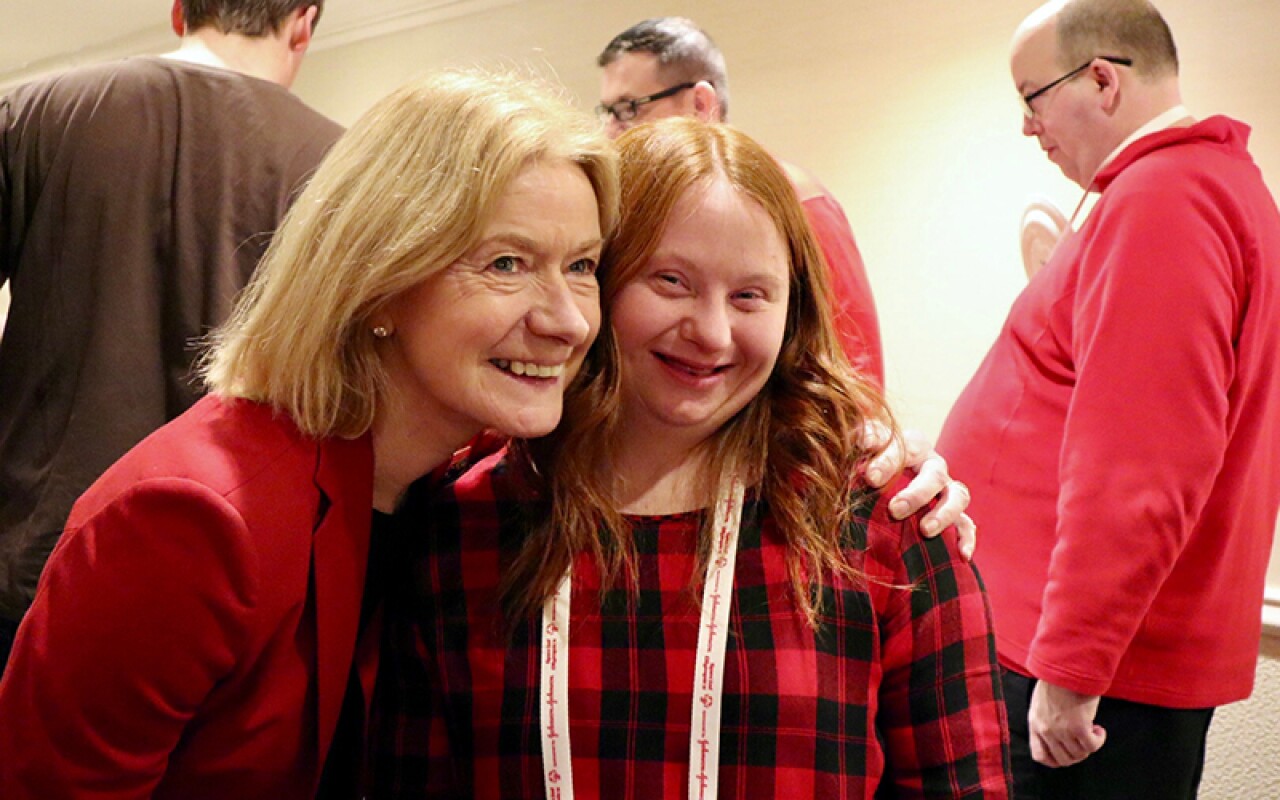 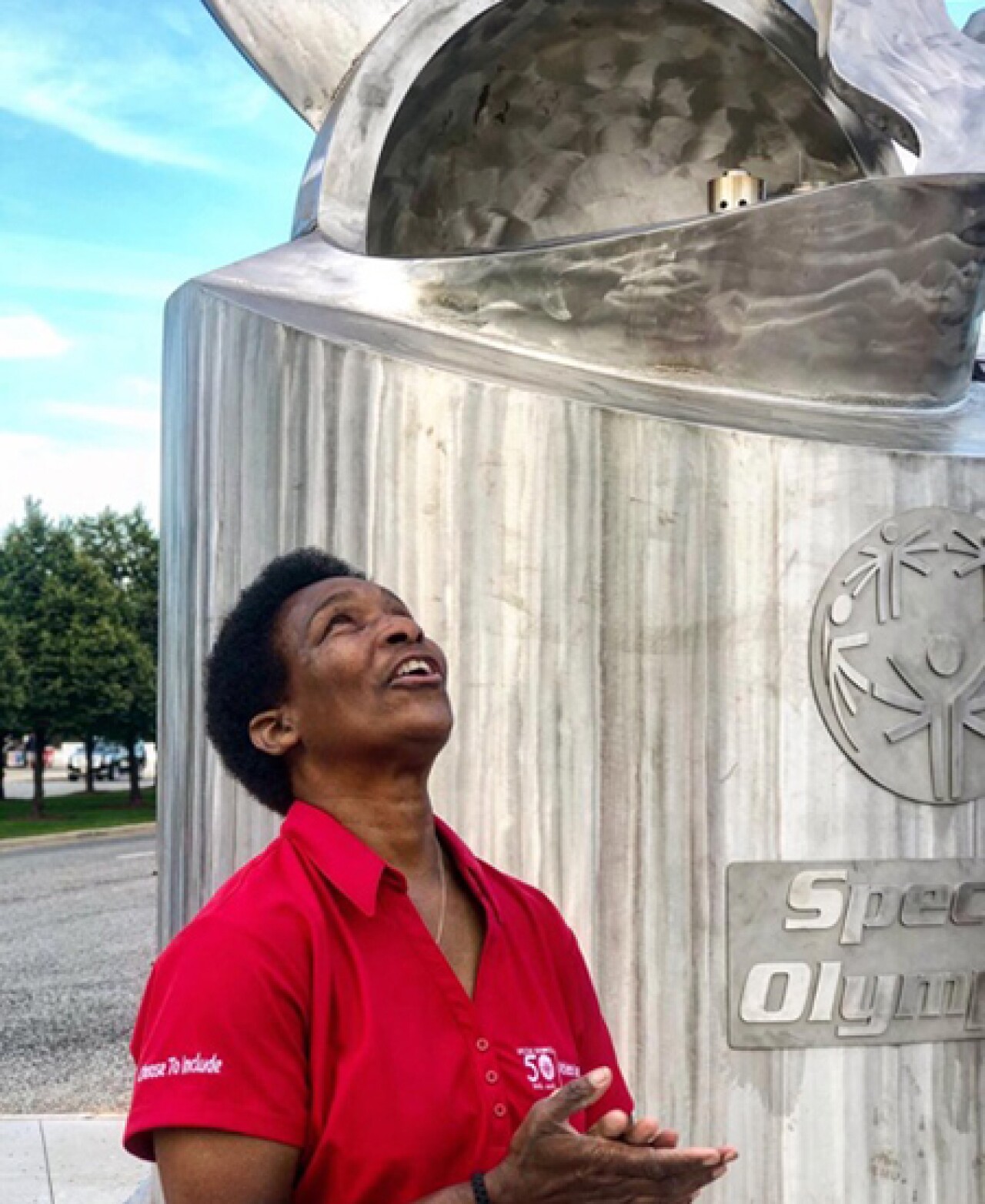 Chief Inspiration Officer Loretta Claiborne has been a Special Olympics athlete for most of her life & has had the opportunity to not only help grow our movement over the years, but work directly with her friend, and our founder, Eunice Kennedy Shriver to do so. A few days before we lit our Eternal Flame of Hope in Chicago, Loretta found out she would be the one to carry the torch to light this flame. Hers is immediately after she found out about this honor, as she looked up to her friend Eunice to thank her. To learn more about Loretta, watch her 50 Game Changers film. 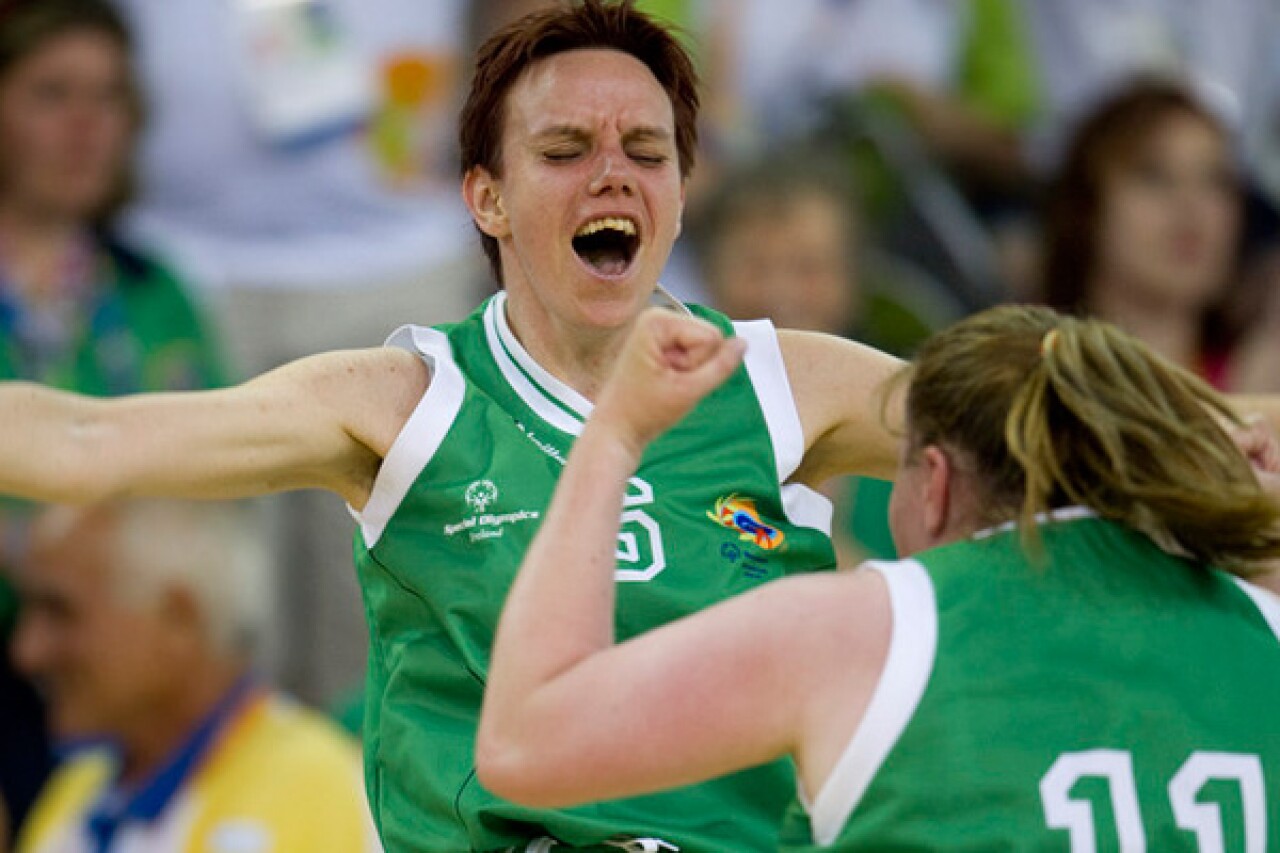 Women in Special Olympics history have inspired, created and driven change, starting with our founder, Eunice Kennedy Shriver, in 1968. Today, Special Olympics has 5.3 million athletes and Unified Sports teammates, and about 40 percent are women. Read an appreciation of Mrs. Shriver. 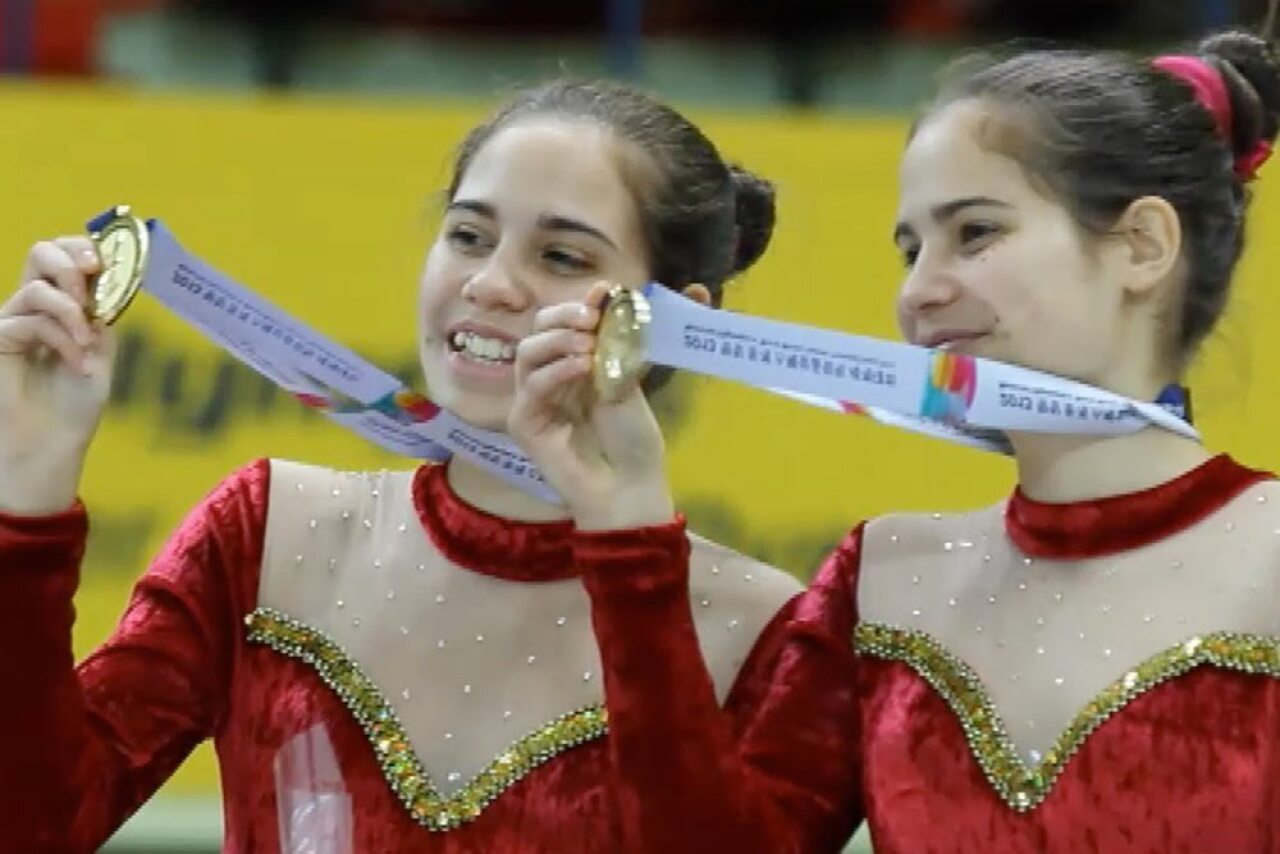 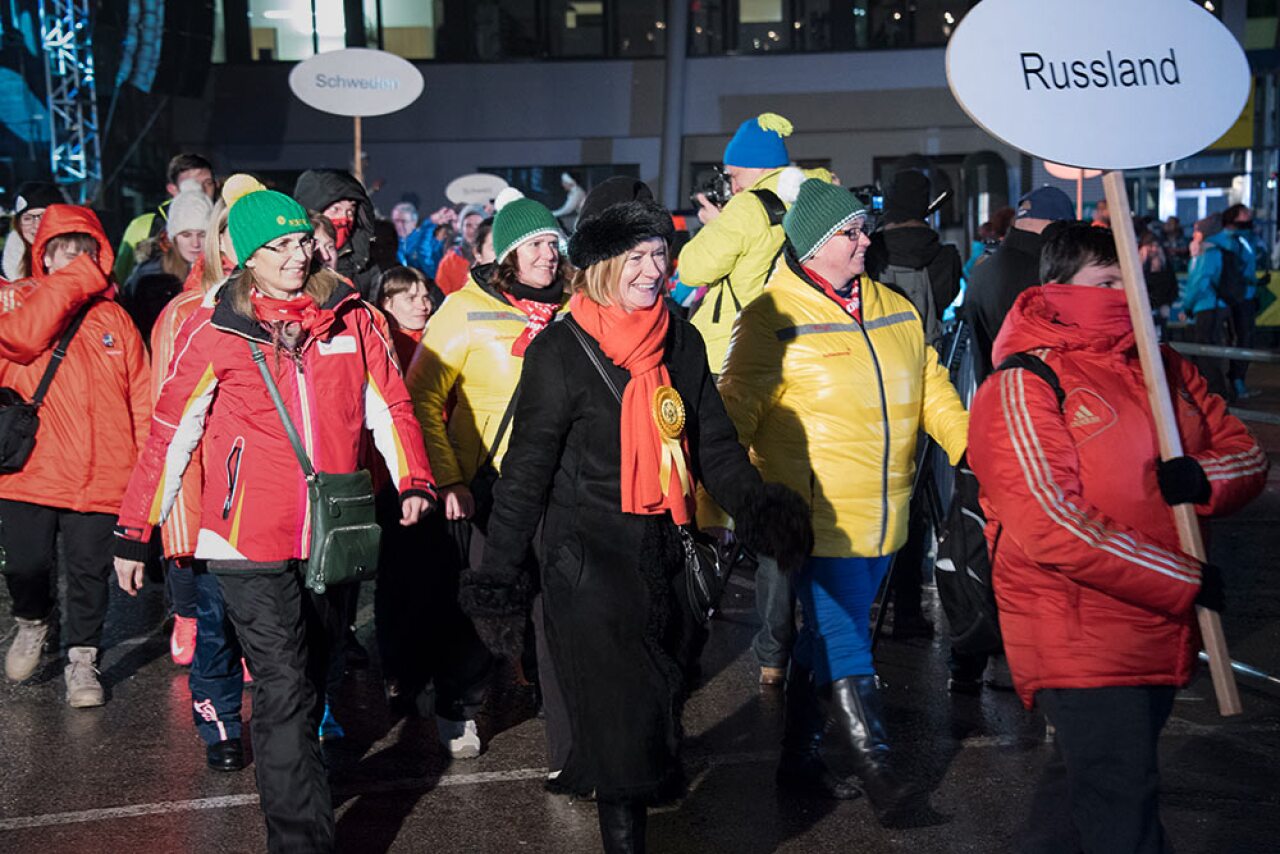 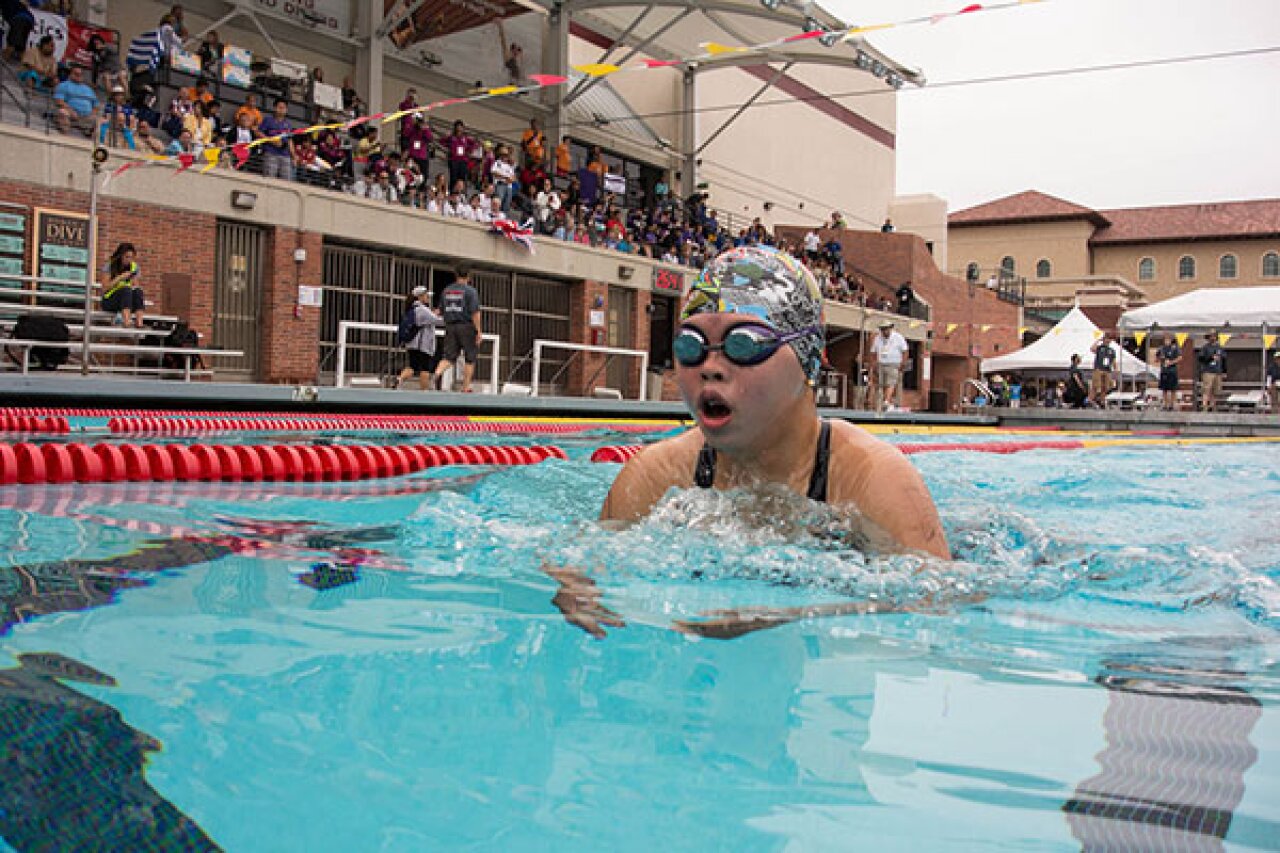 Stephanie Handojo of Indonesia is known for her aquatics skills and carried the Olympic torch on its way through Nottingham, England, in the runup to the London Summer Olympics. She carries the message of respect and social inclusion around the world as one of 12 Special Olympics Sargent Shriver International Global Messengers. 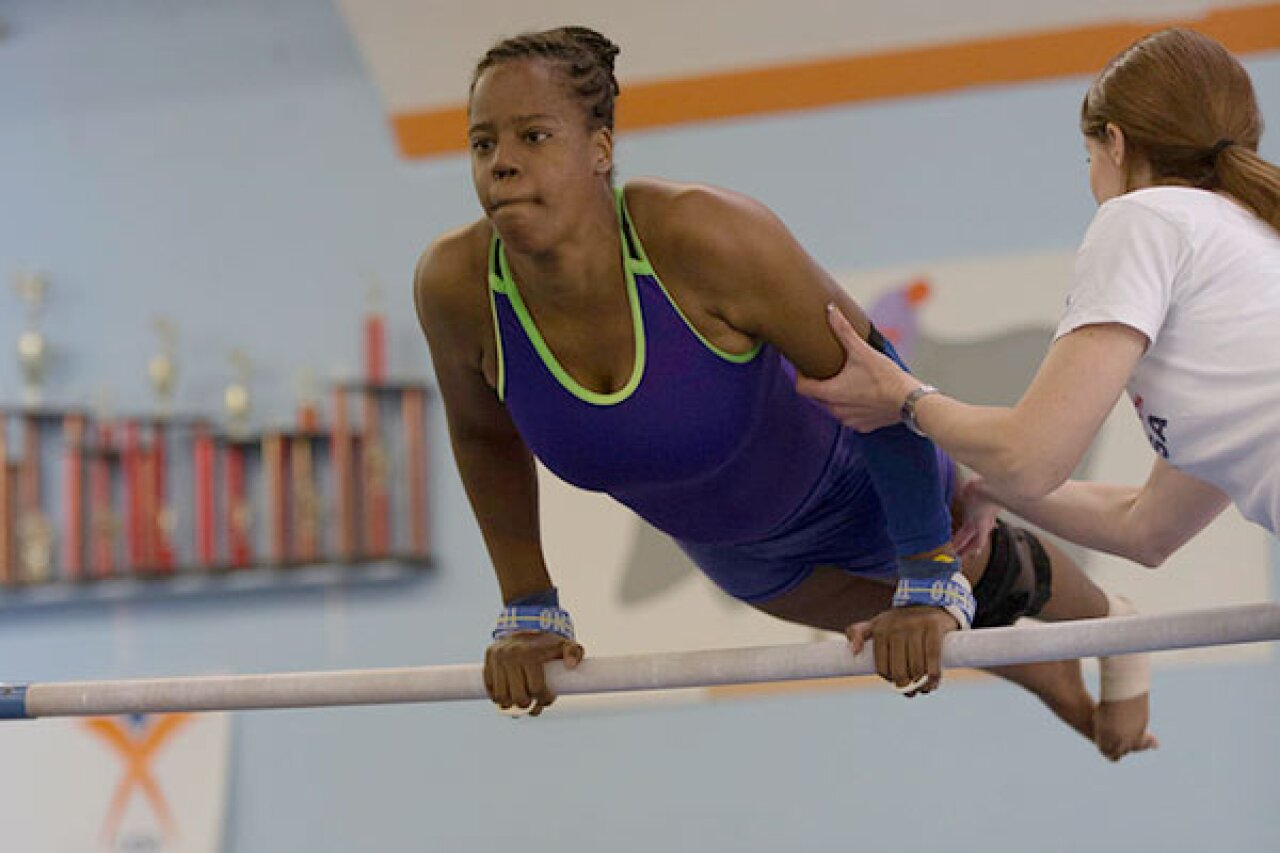 Alyssa Sims is one of thousands of female Special Olympics athletes who competed in our most recent World Summer Games, the 2015 Special Olympics World Summer Games in Los Angeles. At age 30, she can tell you how sports have helped her work through many challenges. As she continues to train to beat her personal best for her next gymnastics competition, Alyssa says she gets strength when she reflects on "how far I've come." 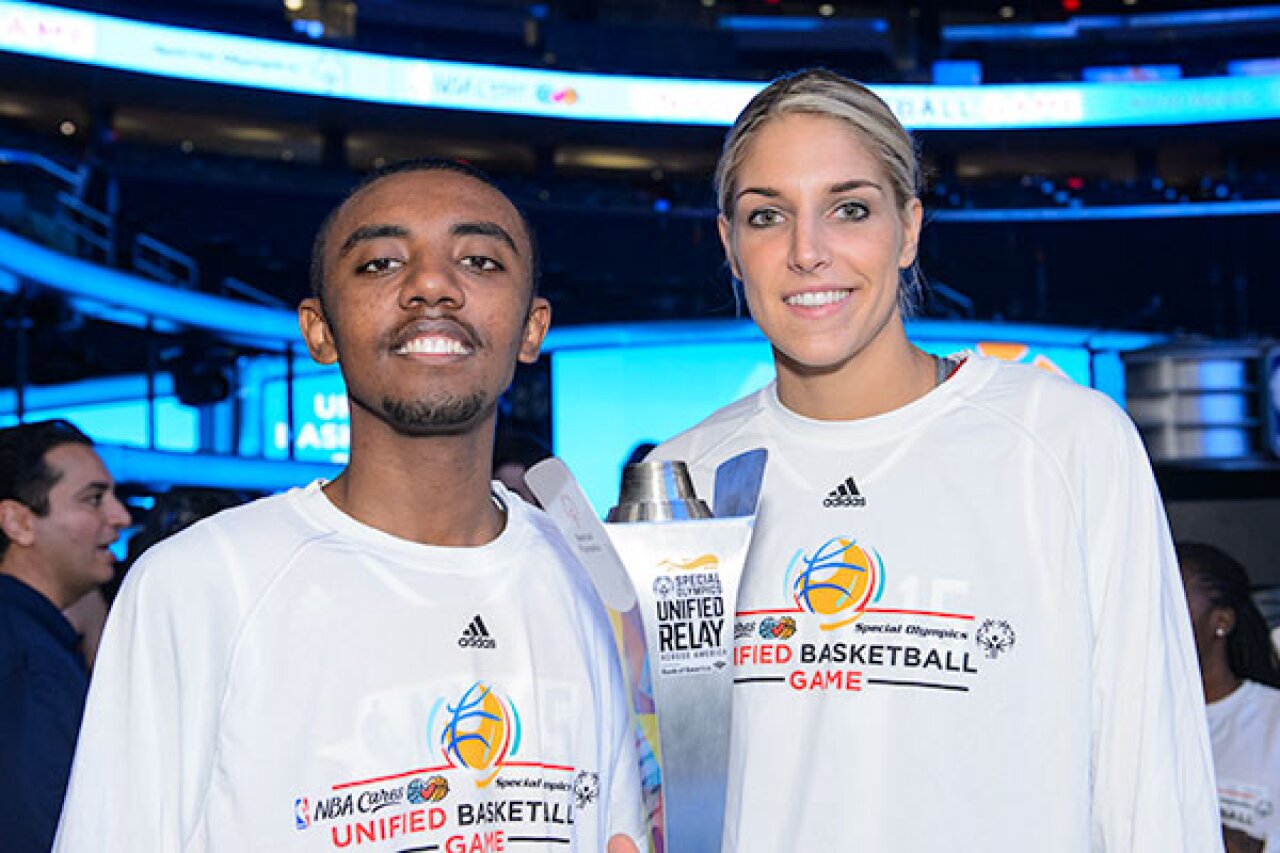 Sports and celebrity supporters use their visibility to call attention to many Special Olympics events and initiatives, including Unified Sports. Global Ambassador and NBA star Elena Delle Donne of the Chicago Sky (shown with Special Olympics Minnesota athlete Abel Mehari) has been a huge part of high-profile events like the annual NBA Cares Unified Basketball Game during All-Star weekend. 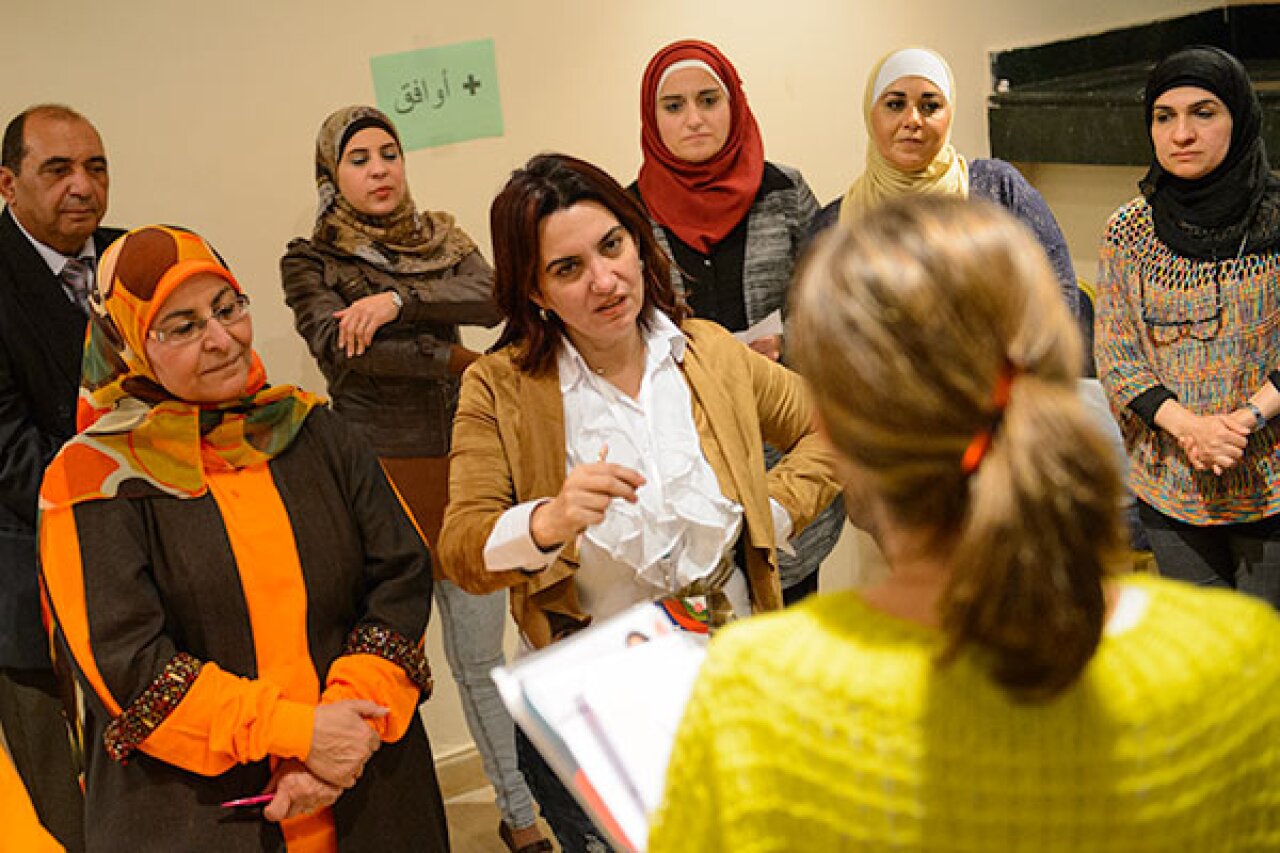 The parents of Special Olympics athletes worldwide are unfailing advocates for their children of all ages. At a Family Forum in Cairo, Egypt, mothers (and fathers) met to discuss policy and topics that needed their particular points of view. 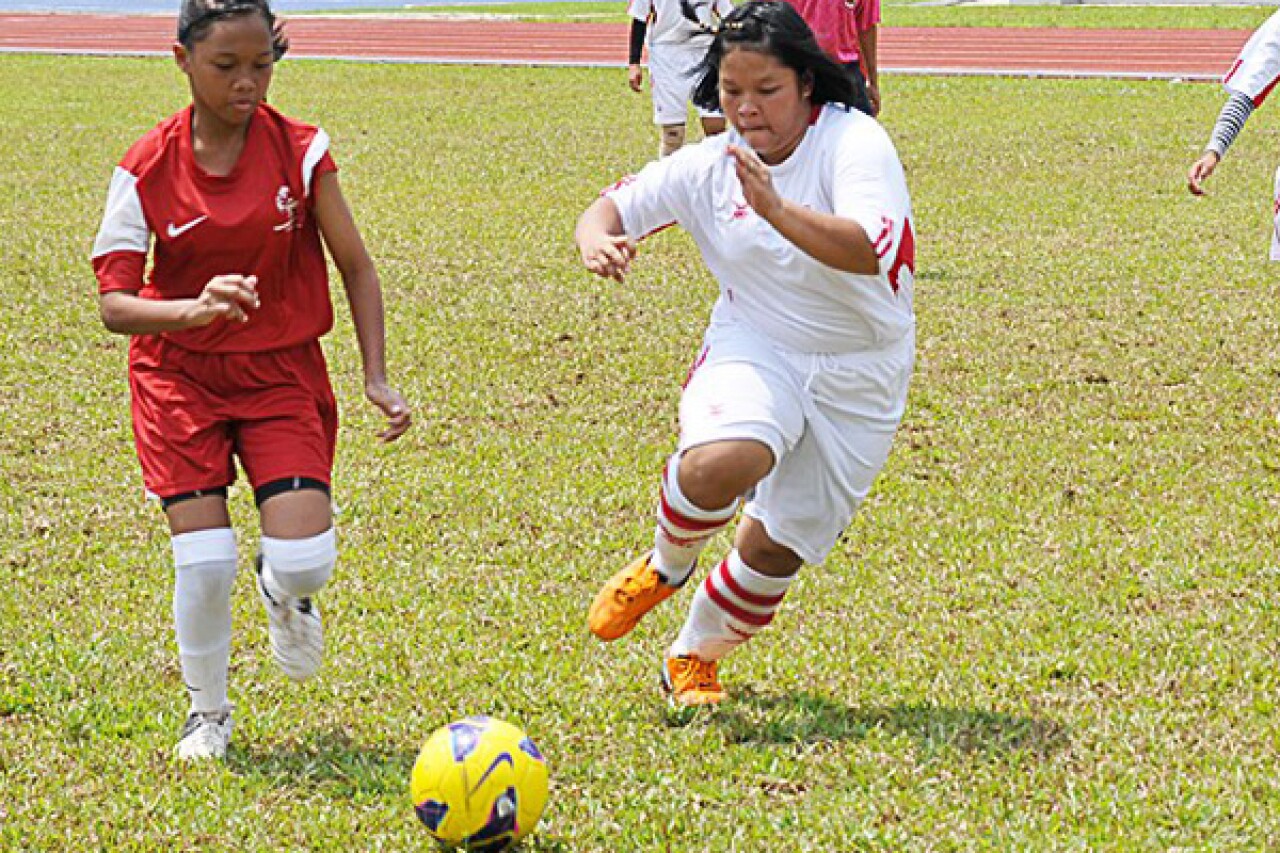 This football game in Thailand is one example of our 30+ sports played by athletes with intellectual disabilities. About 85,000 female Special Olympics athletes play football. Learn more about our sports. 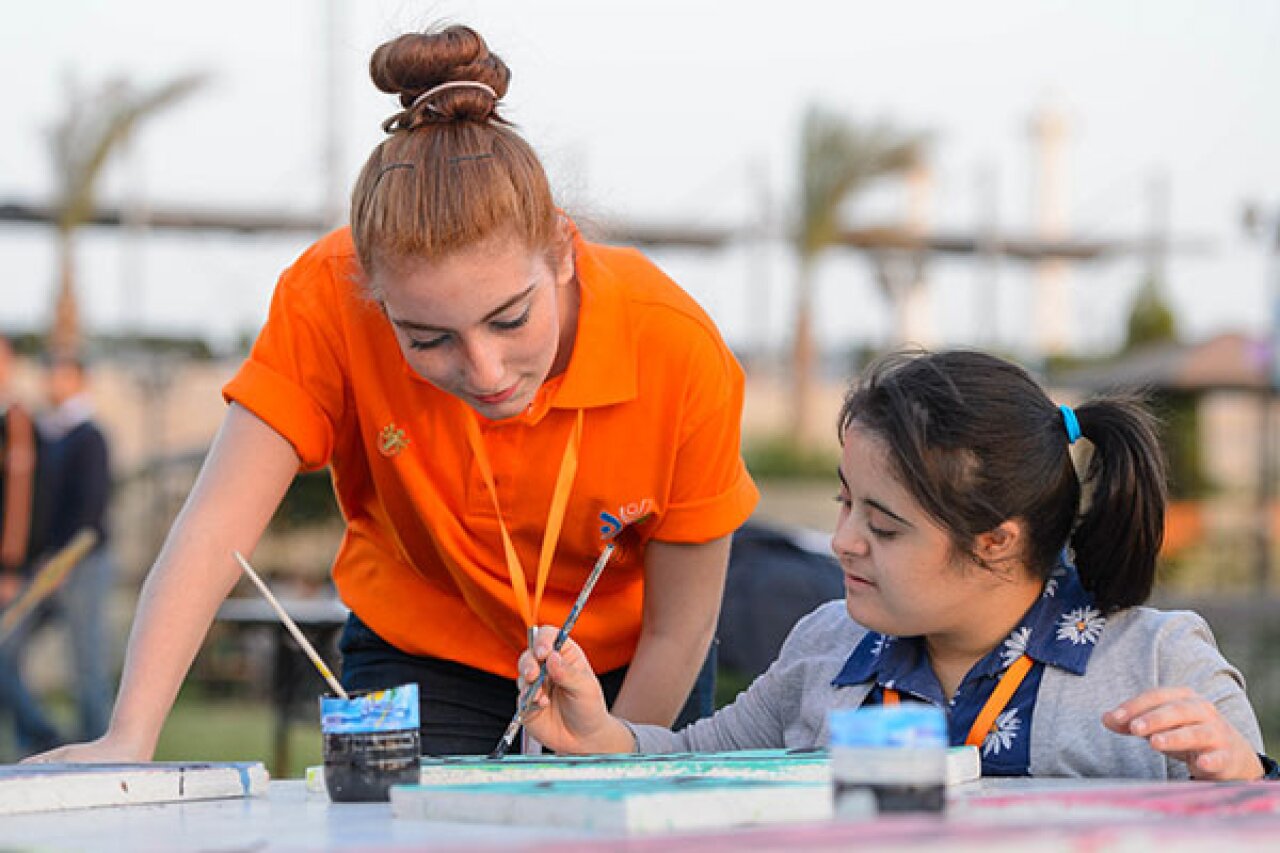 Leen Al Safadi and Special Olympics athlete Hiba Degestany, seated, are friends in their home country of Syria. Around the world, a generation of young people, both women and men, are learning to recognize and respect people with intellectual disabilities through activities such as Special Olympics Unified Sports and our youth activation programs. 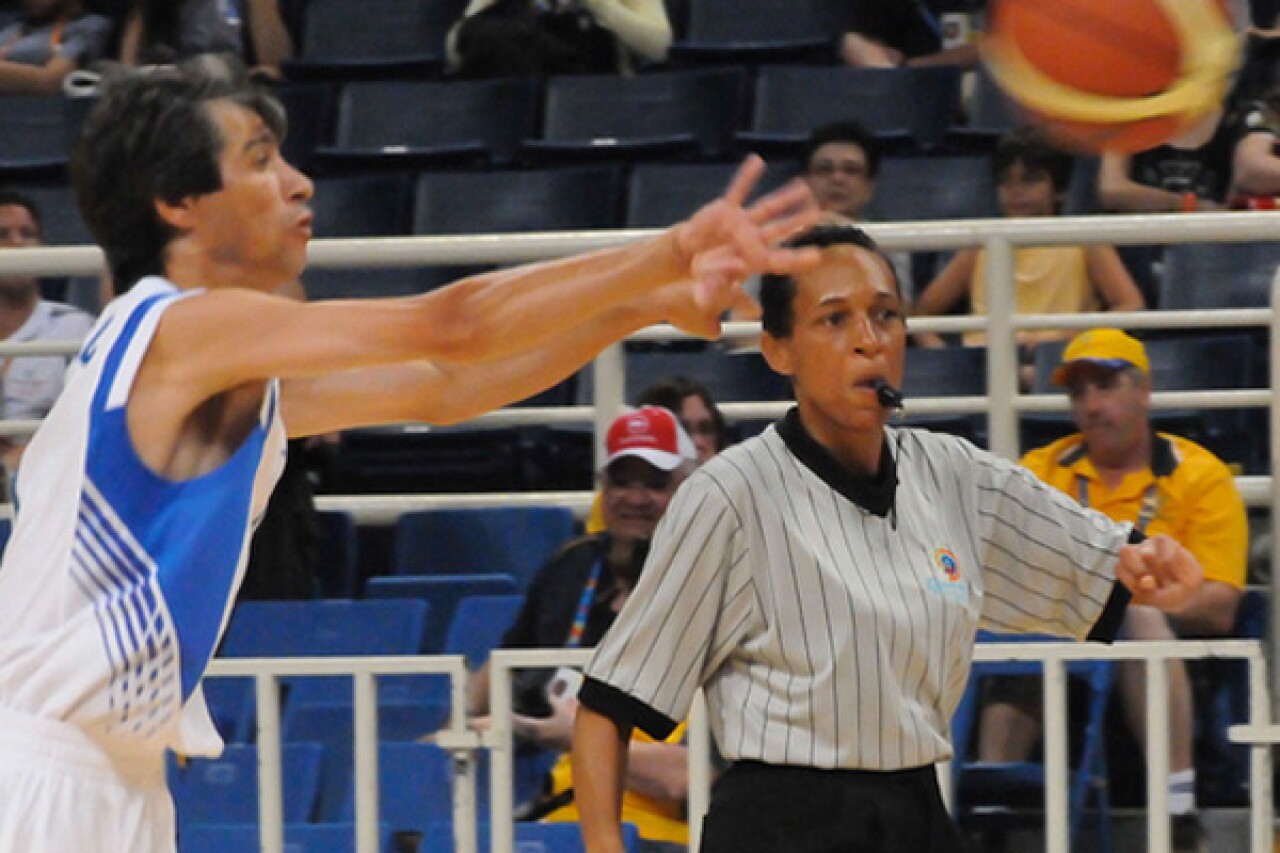 Referees, judges and umpires ensure by-the- book attention to the rules in Special Olympics competitions. More than 40 percent of the sport officials at the last World Summer Games were female, including Kathy Awkard of Maryland, USA.
Photo by Laurence L. Levin 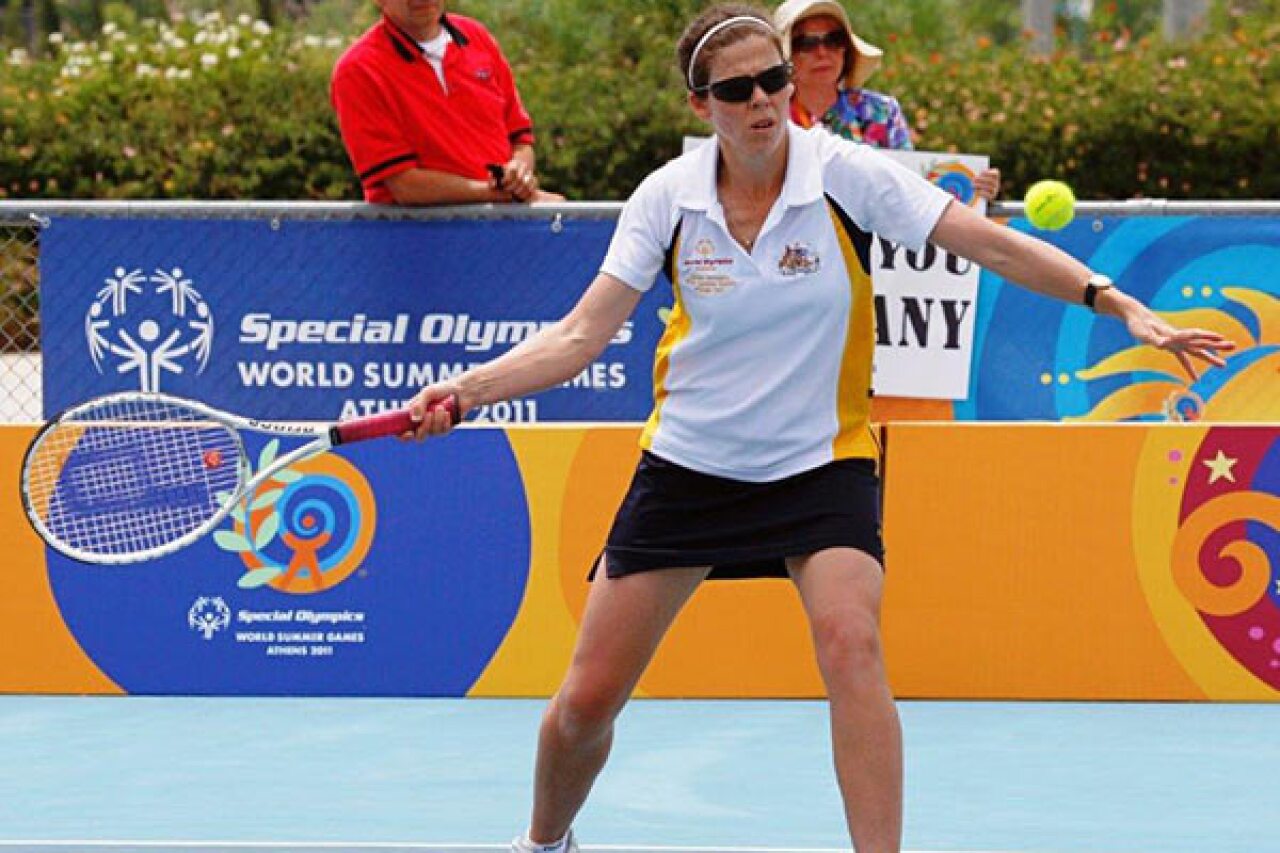 Special Olympics Australia athlete Kelly Wren is now a coach. "I can now give back to Special Olympics by teaching young beginner athletes to play tennis and show them that they can enjoy tennis just like me." Read more about Kelly Wren. 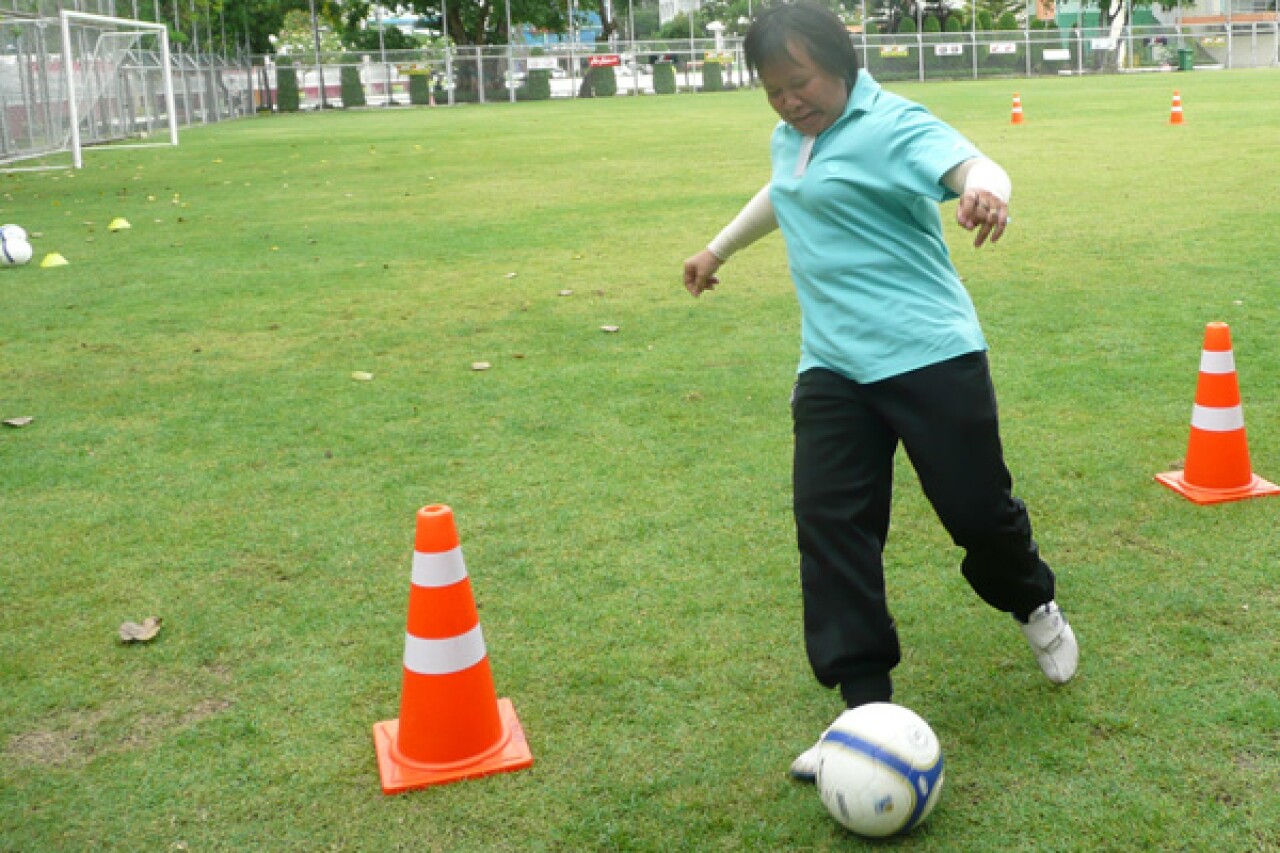 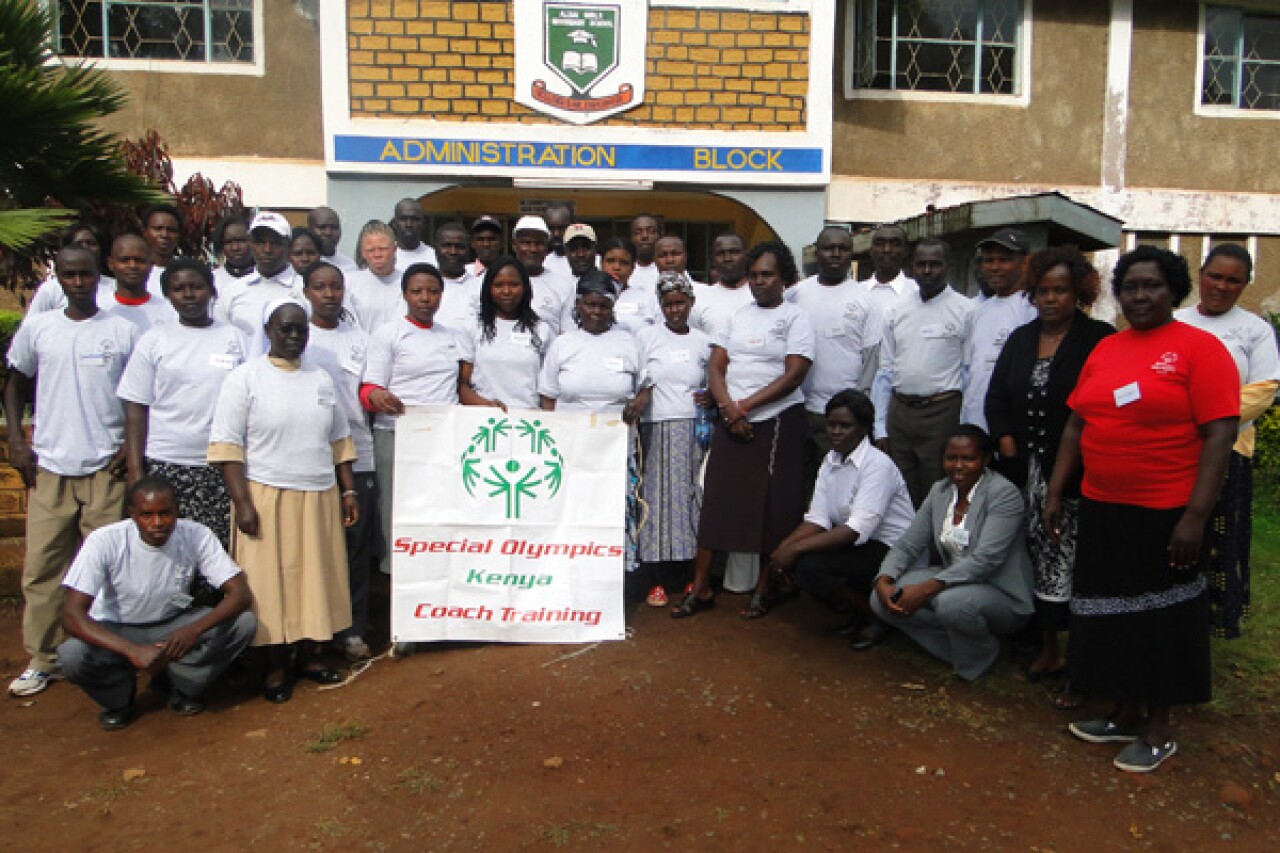 Rhoda Kittany of Kenya (in the red golf shirt at right) is a parent of a Special Olympics athlete. She mobilized her community to identify dozens of young people with intellectual disabilities. She managed to get them all to school and to form a Special Olympics sports club. She also arranged for the training of 50 new coaches. 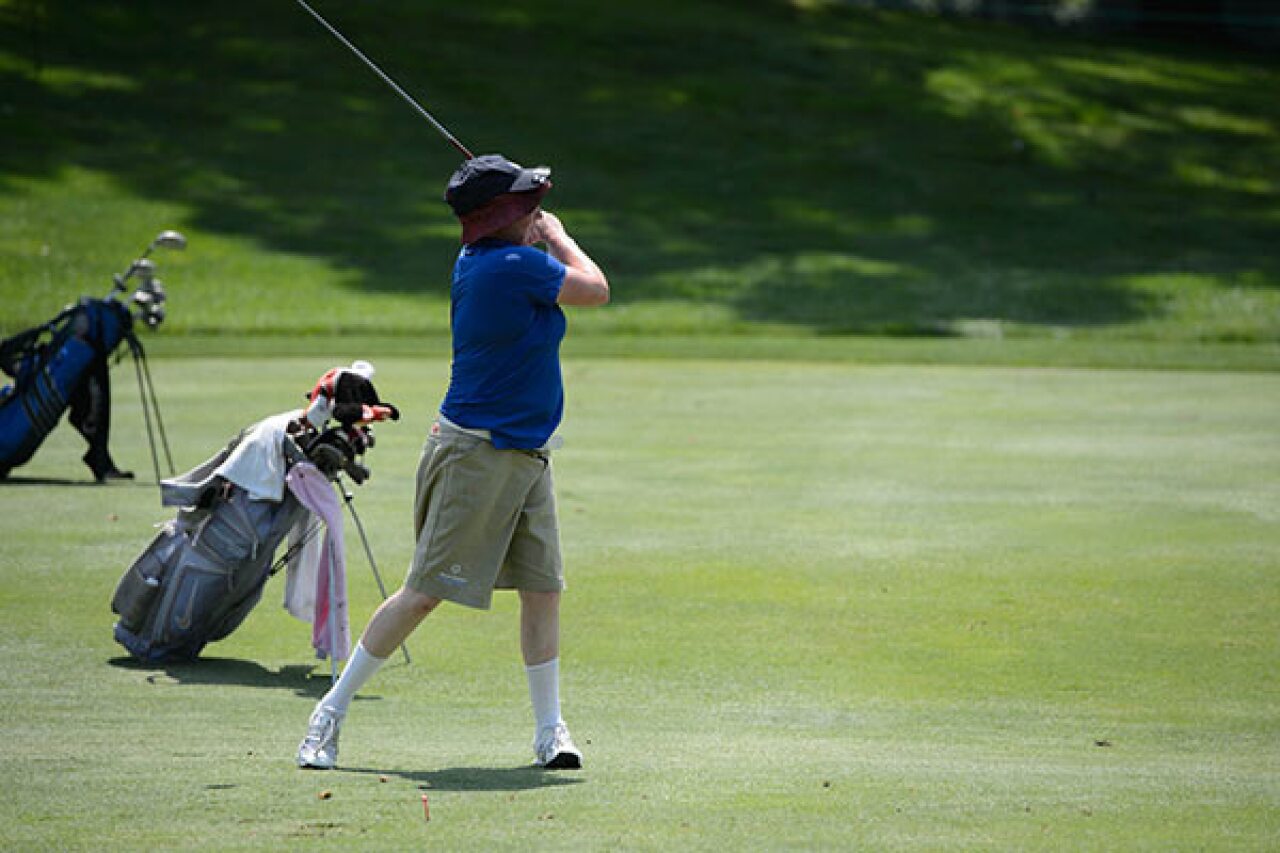 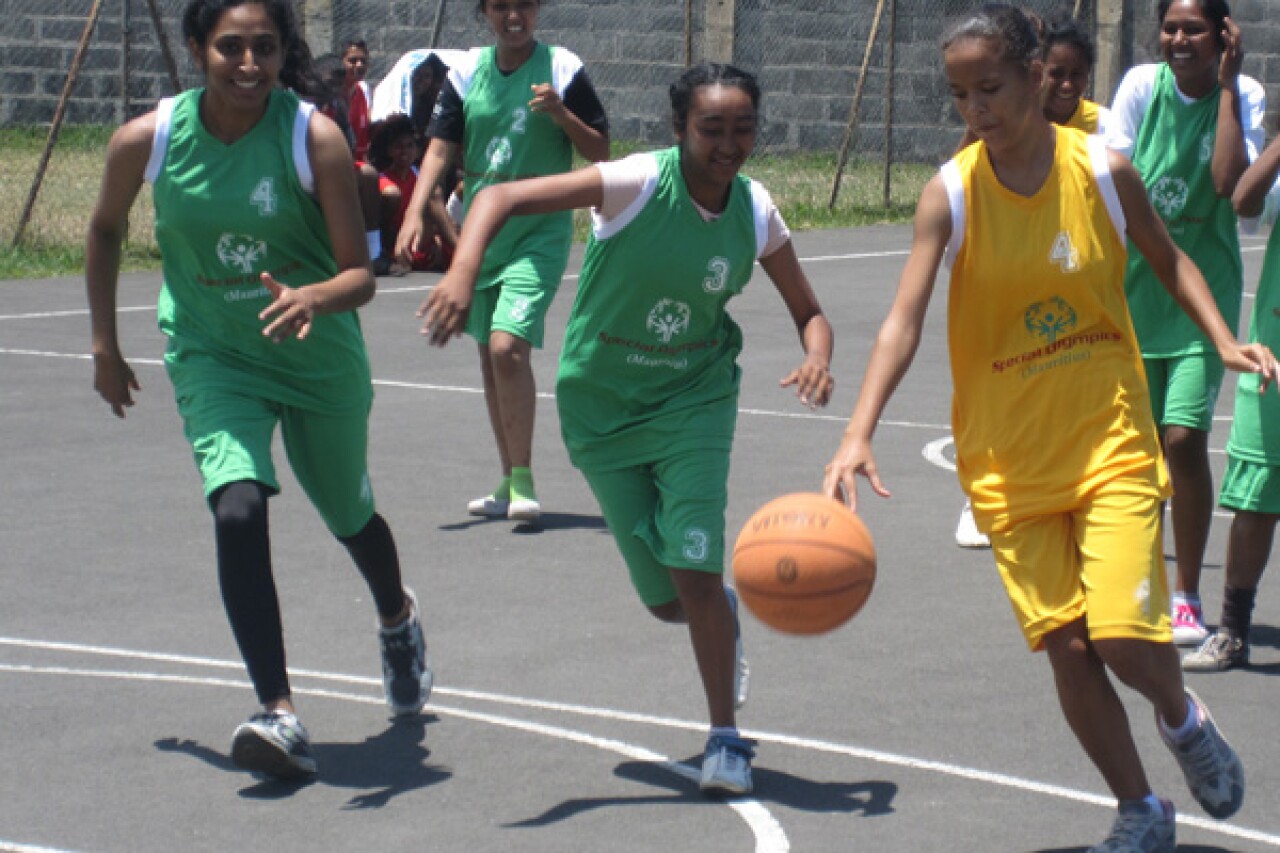 In Mauritius, 75 percent of volunteers and coaches are women. These young women in Mauritius are playing basketball on unified teams, bringing together people with and without intellectual disabilities. Unified sports is and will continue to be a strong focus for Special Olympics for years to come.