Jimmy Masina is an athlete leader from South Africa and works as an Office Assistant for Special Olympics Africa. He was chosen as an official for Unified 7-a-side and 5-a-side football for the Abu Dhabi 2019 World Games.

In addition to officiating football, he officiates floor hockey. His first time officiating internationally was at the 2009 World Winter Games in Idaho. In his own words, “it was the best experience. It was my first international trip. It was not easy; many people had more experience than me, and I learned a lot. Working with the other officials, I felt not undermined. Outside of officiating, I learned how the other Programs do their floor hockey games, etc. and even some other sporting events/programming.”

Jimmy started as an official in 1999 after deciding to play floor hockey: “One of the assistant staff (working at the kitchen) could not train us at a particular time [because] she had to go cook for the athletes in the school. I took the lead to train other athletes during the extramural activities, and I was a goalkeeper for the team. Then my school received an invitation [for me] to come and participate as an official for floor hockey. This was in the times where only two Programs in South Africa were implementing floor hockey out of the nine provinces. By the way, floor hockey in the country is not only a winter sport, but we play it year round! 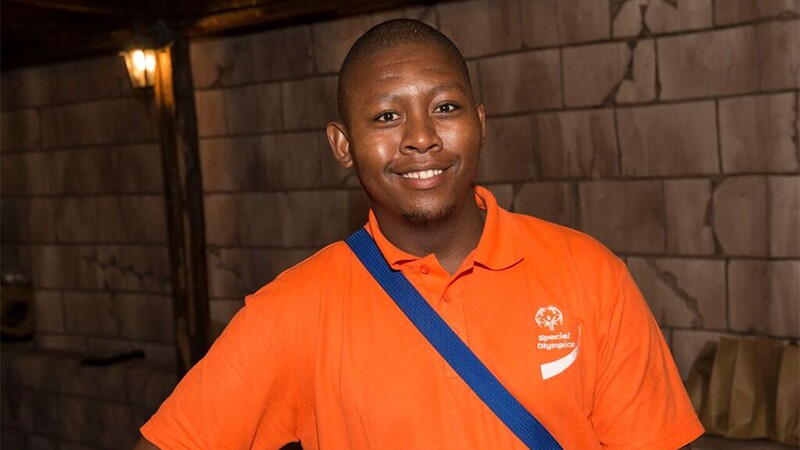 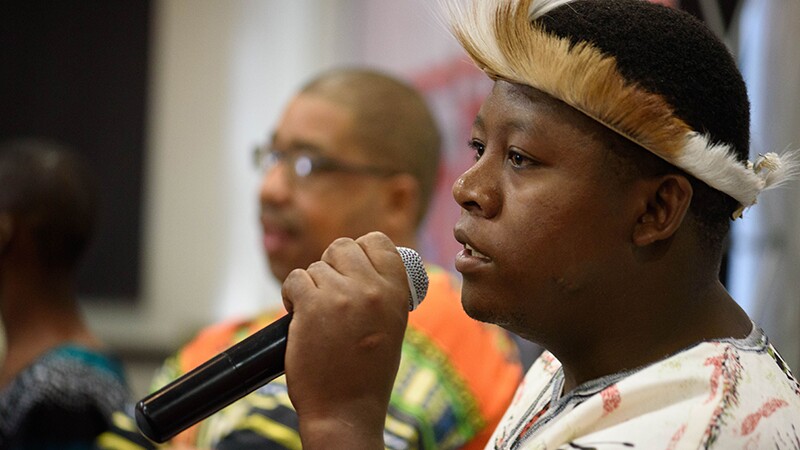 Through the sport, I felt I should not limit myself. I can do better. When the Athlete Leadership Program [was introduced, it] allowed us to be given the opportunity to have meaningful roles. We were given the chance to attend [a training]. I would have not let the opportunity slip from my fingers; hence I attended the SAFA [South African Football Association] officiating level 1 course.

I have not officiated outside of the Special Olympics movement yet. In addition [to being an official] in Special Olympics, I have had the opportunity to be on a Local Organizing Committee for the National Games for South Africa as a member of the Football Competition Appeal Committee.”

His favorite parts of being an official are “you get the chance to be in charge. You showcase your skills. You show that you are so focused and alert, you stand your ground, and your confidence needs to come out. One is more vigilant even if it is challenging.

I am part of the leadership in training of coaches and athletes around the country for floor hockey. Together with other athletes, I do score keeping and advise coaches on line rotations for excellent competitions to take place. I help Special Olympics South Africa when they are introducing new coaches to Special Olympics training, divisioning, and competing in floor hockey. I also observe the officials [to make sure they] do what they had been taught.

I volunteer locally to assist in the Provincial and National Games for both football and floor hockey! In 2016, I was invited to train coaches in Nigeria to play and coach floor hockey. It is such recognition that really inspires me to keep going and doing what I love and what I can do!”

At the 2019 World Games, Jimmy is excited “to see how Unified is exercised globally. The movement is growing, and my focus will be more on the field on how Unified is exercised. [At] the last Summer Games, there were Unified football teams, and the games were tense because of the level of ability and competitiveness. The pace of the game and skills applied at the football competitions is what excites me.

What excites me is also seeing lower ability athletes participating in other sports. It proves to the world that we are not focusing on elite athletes, and it is not only the elite athletes that can make it. It is so encouraging to see the coaches that have been there for the athletes from training to the highest level of competition.”