For Becky May, Special Olympics is about more than sports. In her 40’s and with nearly four decades of experience in various disciplines, May hopes to be a role model for the younger generation and new athletes in many ways. She has seen how the organization has impacted her life and she hopes others can share in that too.

One of the ways she sets an example is by raising money for Special Olympics New Hampshire. In the past 15 years, she has raised more than $120,000 for the local and state program by selling candy bars and participating in the Polar Plunge. In fact, this year she endeavored to raise $5,000 by jumping into the freezing waters near her home in Keene, New Hampshire, and she beat it by more than $3,000. She helps other athletes do the same. “I like to help them learn how they can go around getting donations,” May says.

But May’s fundraising plans this year were a little different. She was chosen to play on the first-ever all-women 3v3 basketball team for Special Olympics New Hampshire at the USA Games in Orlando (June 5–12), and she donated half of the proceeds to her state’s delegation. “I enjoy doing it,” May says of fundraising. “I enjoy raising the money for Special Olympics and for the USA Games.”

Once primarily focused on softball and athletics, May has shifted her focus. She now plays bocce and 3v3 basketball and helps out on the softball team. “As she has gotten older, she no longer plays softball, but there was no way she was not going to do something—so she became the equipment manager,” says Mike Salce, a coach for Special Olympics New Hampshire who’s known May for more than 40 years. “She continues to help us, and she’s went from an athlete to now looking at becoming a coach. She helps encourage athletes at practice and give them pointers.”

When May got the news that she was going to the USA Games, she was overcome with happiness. “Becky always thought she was going to go for bocce because she’s done bocce for years, but she’s also done basketball,” Salce says. “New Hampshire had tryouts for basketball, and she did well at tryouts so when it came time to tell her the news, there were a lot of tears in the room.”

May takes a lot of pride in the fact that she’s a part of the first all-women team. She enjoys going to practice and having “girls' rides” to and from the facility. Practicing in various locations, about an hour from where May lives, she drives to one of her teammates' houses, and they all ride together. They have bonded beyond basketball, and when a few of her teammates had birthdays, they had a girl’s day out.

It’s a testament to all the years of experience May has playing sports and from her fundraising efforts that she’s in the spot she’s in. Initially thinking she’d be selected for another sport, she headed into tryouts with an open mind, and it turned out to be a success. Last month, she was in Orlando playing with and against the best. An experience that was a long time in the making.

And while winning is good, it’s more about the experience, says Salce. “I think Becky has milked Special Olympics for as much as she can and continues to take advantage of every opportunity,” Salce says. “I hope the experience is a lifetime one because it’s something she has hoped for to participate at that level for years.”

When in Orlando, May never lost sight of how much she wanted to be there and all the work it took to get there. “It’s something I’ve hoped to do for many years, and I’ve worked really hard to go there,” May says. In the 3v3 competition, May's basketball team took home the bronze medal in a stacked division. 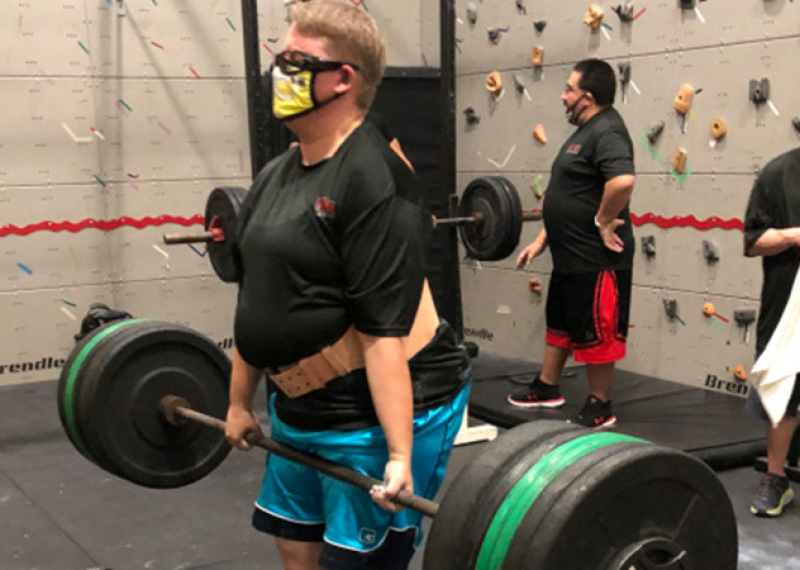 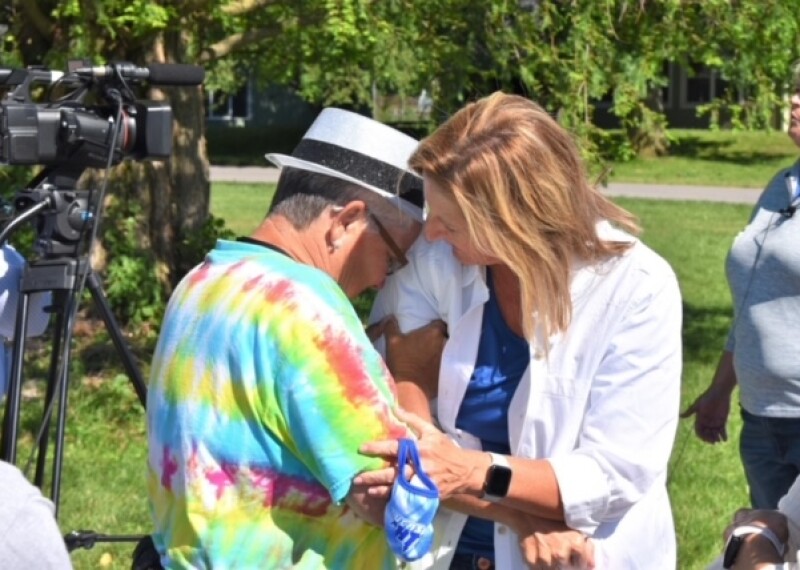 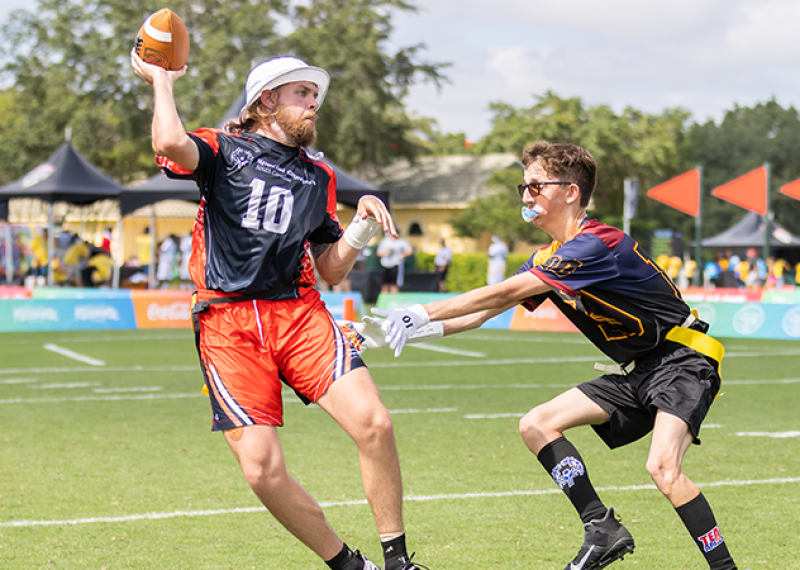