It started as an ordinary day at Bittersweet Farms, an assisted living home for people with autism, where Beth Meyer has lived since its founding in 1983. Surrounded by friends, residents, and representatives from Special Olympics Ohio, they had gathered to celebrate her 60th birthday. But little did Meyer know the whole day was planned with one big surprise in mind: she would represent Ohio in swimming at the 2022 Special Olympics USA Games.

"I just can hardly believe that I get to do it," she says about the opportunity to compete at USA Games, overcome with joy.

Since 1990, when Meyer started competing with Special Olympics, she dreamed about swimming at the highest level. But, after only having opportunities to compete locally, she started to believe the chance would never come. "I've been 60 years around the sun," she says, “I just can’t believe this is happening.”

“Beth may not be the fastest swimmer we have, but Beth has heart, drive and determination for whatever sport she competes in,” Kelley Watson of Special Olympics Ohio—Lucas County says. “Beth has worked very hard over the years and certainly deserves this opportunity. Her passion and drive for the sport makes her the perfect choice to attend USA Games and she has been so patient awaiting her name to be chosen for this opportunity.”

Having competed at the state level for several decades, Meyer enjoys breaststroke, freestyle and occasionally butterfly. Still unsure of what events she'll compete in at USA Games, she is excited about the challenge. Regardless of the race, "I'm hoping I can try and win the gold and bring it home to my state," she says.

Meyer has already started preparing for her time in Orlando. “A local YMCA has donated pool time to Beth where she practices two to three days a week,” Watson says. “And in October, her Special Olympics swim season will begin and this will add another day with her coach.”

“Beth is a persistent athlete that strives for perfection,” Brent Ransom, Meyer’s Special Olympics swim coach, says about her. “She’s always looking for ways to get better. She is most definitely the leader of the team. She is the person looking out for others making sure they are striving for perfection as well.”

But for Meyer, it wasn't the perfect start to competing. She didn't know what to expect when starting Special Olympics for the first time. "I don't even remember how I got tangled up with it, but I just one day decided to start competing in swimming," Meyer says.

Her first swim in the USA Games pool is a moment she’s looking forward to, not just because it's a first-time experience, but also because of how much she's watched the sport of swimming grow.

She begins to share stories about when she started in the sport, officials would use starting pistols. As the sport continued to grow, so did technology and electronic controls. "The buzzer itself, at least you get all the times correct," Meyer says about the change. "Sometimes there are some pretty close races, and the electronic starts and touchpads are a lot better in determining a winner."

There are many things to look forward to at the Rosen Aquatic Center, the swimming venue for USA Games that has hosted several Olympic swimmers such as Michael Phelps and Katie Ledecky, including the technology and starting blocks. “Think about how many starting blocks I've started on," Meyer says, mentioning, "I've been through many start regimens and now they have that little thing on the back you can kick off of," about the pool in Orlando.

When Meyer isn’t training or competing, she’s working at one of her two jobs at Bittersweet Farms and the nearby historical train station. Barely able to sit still and with enthusiasm filling her voice, she details why working on the farm and fixing things is enjoyable, since it’s something she did growing up with her father.

However, when not on the farm, Meyer is dedicated to what she calls her “hobby” at the train station. "We give rides to passengers; we work on the equipment most of the year where we're trying to restore historical equipment to get it back in working order," she says.

Bittersweet Farms and the train station give Meyer immense satisfaction as she enjoys fixing things in her free time. She says her favorite thing to fix is a “Brunswick pinsetter” from the bowling alley, saying “it’s very similar to a train engine.” It’s a reminder of the relationship she has with her father, saying, “my dad was mechanically inclined and so I was daddy’s little girl every Saturday.”

Meyer helps continue the legacy of Eunice Kennedy Shriver, founder of Special Olympics, by regularly volunteering at Special Olympics Ohio events, no matter how busy she may be. One year, Meyer was set to volunteer at a Special Olympics event at Ohio State University but had spent the day working at the train station. To get to the event on time, she had to drive a work vehicle. "I took the vehicle I had, which was designed so I could use it on the railroad track, but I took it on the car road," she says with laughter.

When she valeted the car upon arriving at the hotel, onlookers stared in confusion. "Some of them didn't even realize what it was," she says. It's a funny story and holds lasting memories for Meyer and Special Olympics staff alike, but one that also exemplifies the length Meyer will go to help out and stay engaged.

Whether as an athlete or a volunteer, she has given everything to Special Olympics. And now in return, she finally gets to compete against athletes outside the state of Ohio.

As she prepares for the biggest swim meet of her life, she reminisces on all that has gone into making this possible. Her goal is to be a champion, but she is reminded of what makes her a champion already: the same spirit of determination that is found in all Special Olympics athletes. "Let me win, but if I cannot win, let me be brave in the attempt," she says, finishing the interview.

Meyer may end up being one of the oldest swimmers competing at USA Games. She will also be one of the most experienced swimmers at the Games, adding another starting block to her resume. But above all, June 5 – 12 in 2022, she'll get the chance to live a dream that's been a lifetime in the making. 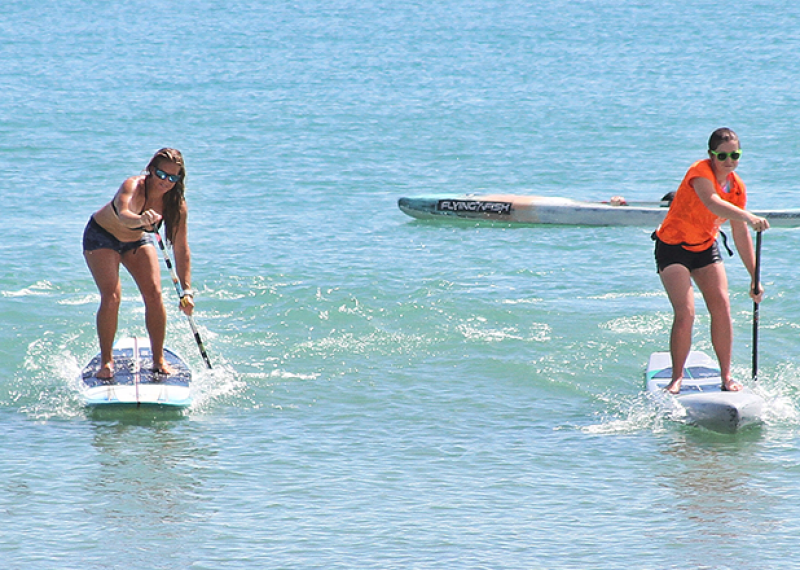 Our Athletes
Special Olympics Athlete Aims to Make History Crossing Ocean from the Bahamas to Florida
Under the blistering Florida summer sun, 16-year-old Layla Crehan has been paddling for many hours. But the Special Olympics Florida athlete is exactly where she wants to be: out on the water on her stand up paddleboard. Her stand up paddleboard journey started just a few years ago, without Crehan realizing how quickly she would take to it or just how far it would take her.
6 Min Read 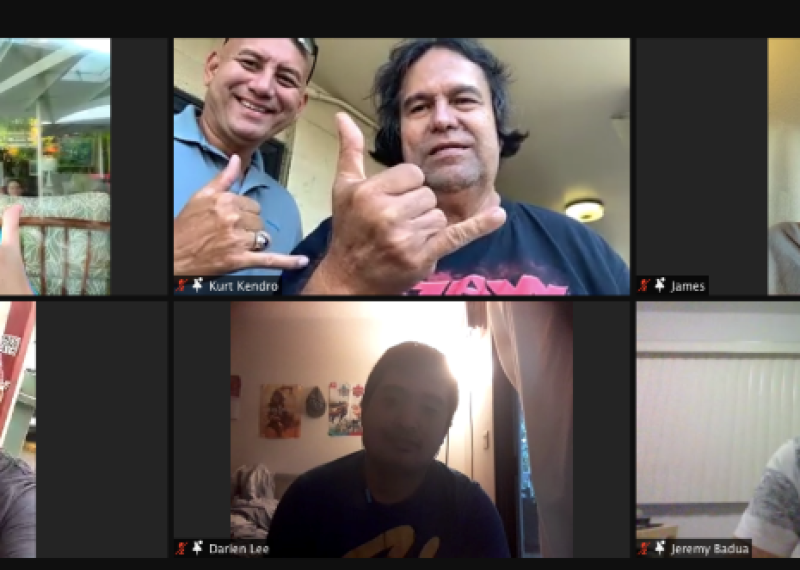 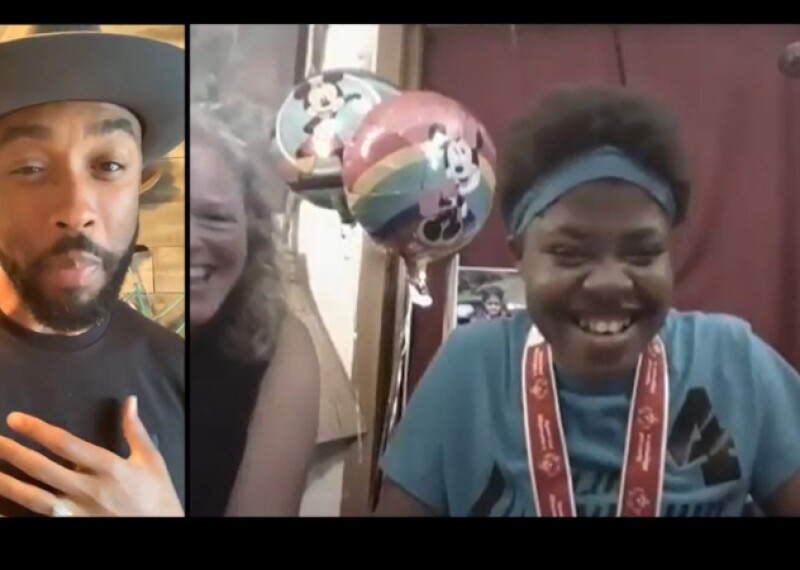