Fun in the sun was had by all during the 2018 Trinidad & Tobago Beach Games held in Las Cuevas, Trinidad. This year’s games featured open water swimming , volleyball , football (soccer), bocce , powerlifting and a swim-run competition. Additional activities included the first-ever Law Enforcement Torch Run at a Beach Games event and a friendly football match between a Special Olympics unified team and local beach goers. Additional local flavor came from the DJ booth pumping Soca and Calypso music and, the “bake and shark” lunch provided to athletes and staff.

The Beach Games, known in Trinidad and Tobago as the “Seaside Games,” were first held in 2016. The brainchild of Kester Edwards, a former Special Olympics athlete and current Special Olympics International employee, the Beach Games have been held in other countries like Sri Lanka and Ecuador. This year, an ESPN television crew covered the 2018 Trinidad & Tobago Beach Games for a profile about Kester that will air as a part of the 50 Game Changers series. 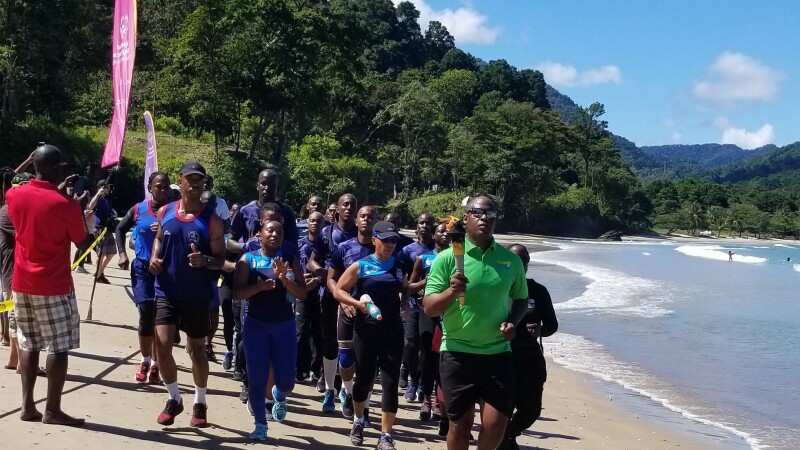 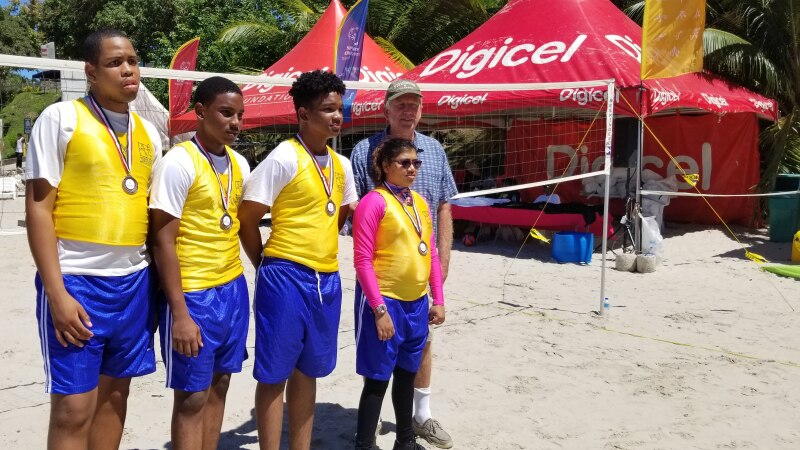 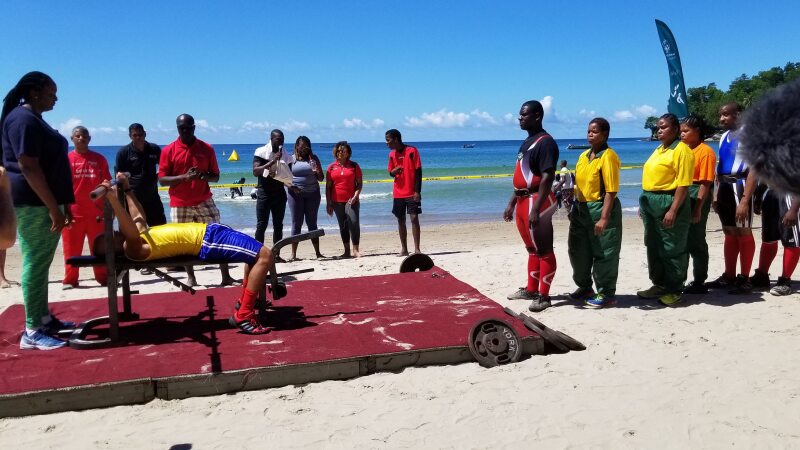 Powerlifting competitors wait for their turns to lift weights. 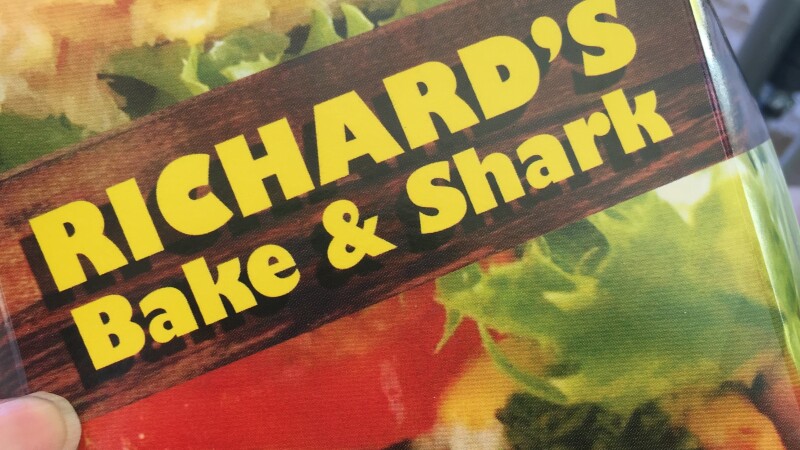 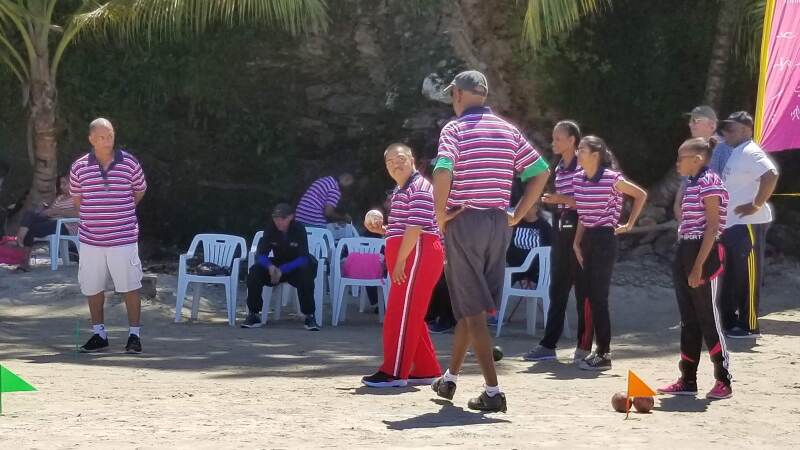 Unified bocce partner, Kevin, says playing on sand is preparing his team to compete at the 2019 World Games 2019 in Abu Dhabi and Dubai because it will help them play well on any type of surface. 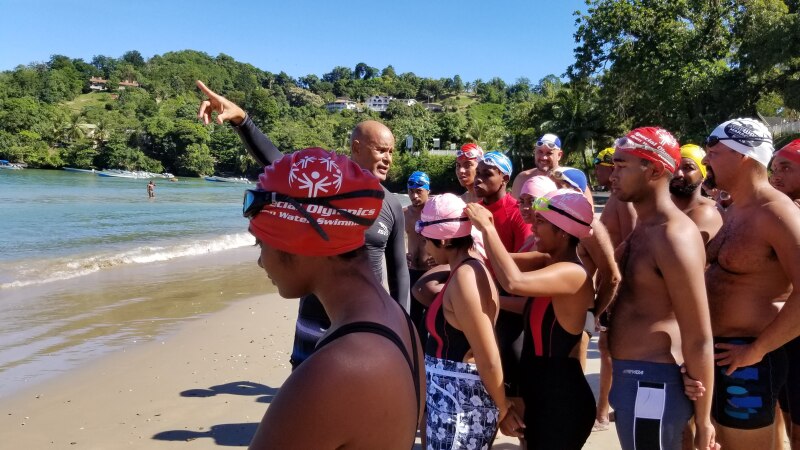 Open water swimmers get final instructions before the competitions. 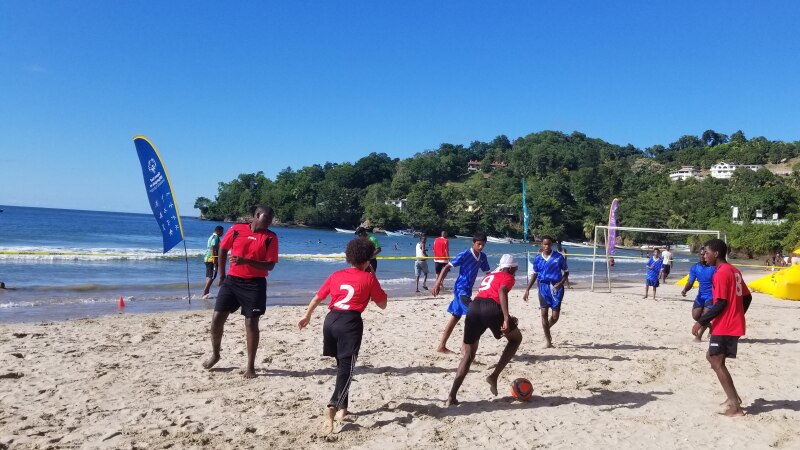 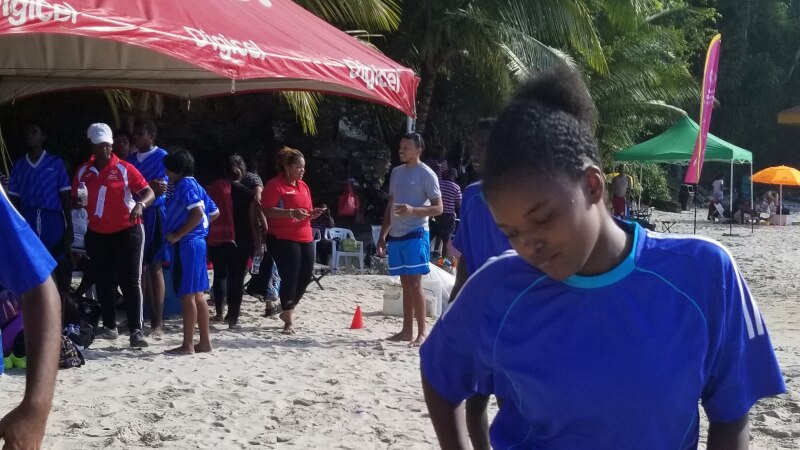