Fathers of Special Olympics Malta Share their Hopes for the Future

As the first international Special Olympics event in Europe since the breakout of the COVID-19 pandemic, the Special Olympics Malta Invitational Games brought a sense of relief in our movement and an injection of energy to the athletes, fatigued by the continuous restrictions and isolation of the last few years.

With the support of the Government of Malta and Sport Malta, the Invitational Games offered more than 1,000 athletes from 24 delegations a chance to compete in six sports disciplines over the course of four days. Most excited and numerous of all was the Special Olympics Malta delegation who showed the world everything they were made of at the Games!

However, it was not only the determined athletes who embraced the event. The families of Special Olympics Malta welcomed the Games with open arms and gave their absolute best to support not only their children, but the entire movement, working hard to preserve the legacy that these Games aim at leaving behind in the country and the region.

What role does Special Olympics play in your family’s life?

Tim: The first time we got involved with Special Olympics Malta was in the year 2018, in the build-up to the Abu Dhabi World Games. Special Olympics gave my son Benji an opportunity to shine and play a contributory part in a sports organization. He’s been training in swimming for six years now and he joined the water polo team only six months ago! He is now part of something that teaches us all something new every day and shows us the real values in sport and life in general.

Francesco: My son Luke started getting involved in Special Olympics two years ago, when he wanted to start swimming. Little did we know that he was going to start racing… and with much success!

Special Olympics has considerably changed our family life for the better. While sedentary before, Luke now has sports trainings all the time: he started attending swimming lessons with Special Olympics and now he’s also part of the water polo team, which is a sport he is growing to love and looks forward to. It made us appreciate him even from a sporting and competitive perspective, something we never thought Luke would manage to succeed in before!

From a father’s perspective, what does it mean to be part of Special Olympics?

T: My son and I have always been close but seeing him achieve his goals and shine gave me immeasurable joy, as it did him. I am really proud of him, and I love seeing him playing water polo now and grow passionate about this new discipline. I will always remember what taking part in the World Games meant for the both of us. He got the recognition he deserves and that wasn’t even the only time that happened: he also received the local national award Gieh ir-Republika, our highest honour.

F: As a father, I now have a space to witness my son’s success in sport, which I would have never been able to enjoy had it not been for the activities and competitions held by Special Olympics. Being a person who was involved in sports activities when younger, alas quite some time ago, it fills me with pride and joy to see my son succeed in his competitions, regardless of the limitations he may have. Special Olympics has given me the opportunity to cheer, support and celebrate my son’s success in competitive sports, I will always be grateful to Special Olympics and all those involved in its activities for that.

Seeing my son win his competitive 50-meter backstroke race and celebrate on the podium with all his fellow friends and competitors is one of the most memorable moments I have had for a very long time.

What was it like to host the Special Olympics Malta Invitational Games and what legacy do you hope it will leave to the country?

T: Inclusivity is always our main goal, and the Special Olympics Malta Invitational Games were an important step forward for all of us. My hope for the future is to see Special Olympics Malta grow and have its own premises, a sports and social club even, more revenue streams, more volunteers, more athletes and a higher participation for the events. From a personal perspective, I would really love for the Water Polo Marathon my family and friends help organise annually as fundraiser for Special Olympics Malta to thrive. Like the Games, it has helped raise awareness and it brings the local water polo community together. It is the small way in which I like to repay Special Olympics for all they do for my son and family, and I’d love to see it growing stronger.

F: I believe the Malta Games have had an impact on the local sporting community. They have given a voice to all athletes with special needs, made them visible and assured that local sports associations learned to appreciate their abilities. I think this will ensure that in the future these athletes will be considered for other competitions, not only those organized by Special Olympics.

I also hope that Special Olympics Malta will be able to get its own premises which will ensure our athletes have a place to meet up and socialize in a friendly and understanding environment. We have already seen the positive effects this could have during the trainings.

Fuelled by her energy and enthusiasm, I hope Special Olympics Malta will continue to grow under the guidance of Anna Calleja and all the people around her, who have proven to be essential for the success of the movement. I firmly believe that under hers and Dr Lydia Abela’s guidance, Special Olympics Malta will be able to prosper and allow our children to further their goals and successes and make us parents even more proud.

Lastly, I sincerely believe that the Games have shown that the international community may benefit from activities and competitions organized by Special Olympics, and I hope we will repeat the experience of these games.

I hope that the introduction of water polo as a sport practiced in Malta by athletes with special needs will encourage Special Olympics International to consider it as a discipline for the World Games! 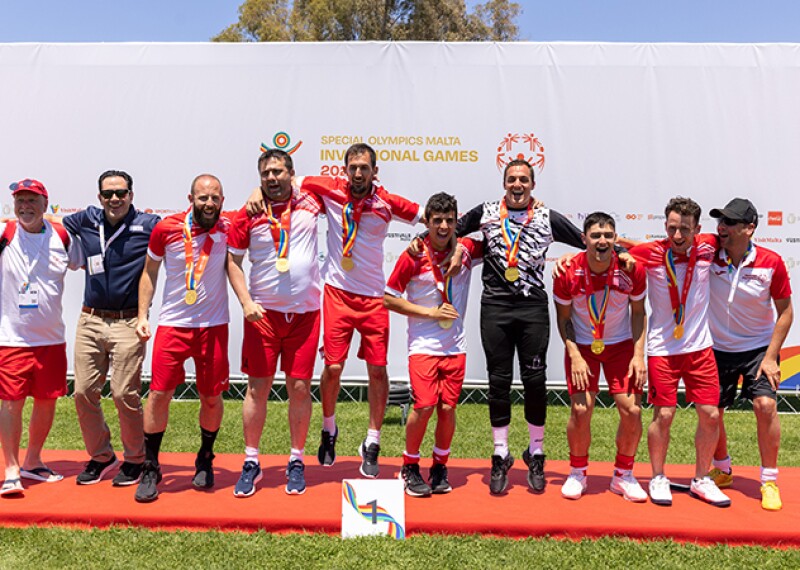 In the News
Malta to Host First International Special Olympics Event in Europe Since Pandemic
Twenty-three delegations from across Europe and beyond will gather from 13 – 18 May for the Special Olympics Malta Invitational Games.
2 Min Read 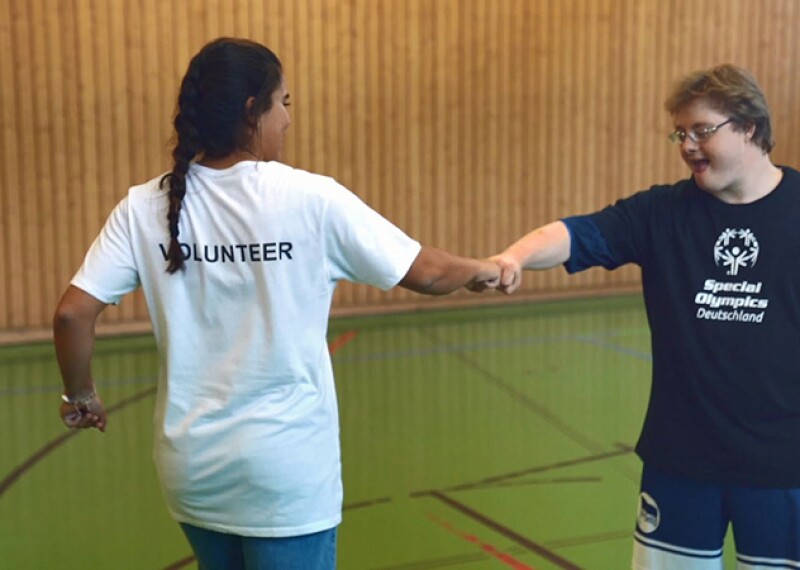