Every coach has a vision of how to lead, make the most significant impact on their team, and how to make practice and competition fun and educational. Jennifer LaCapra does precisely that.

After nine years, her hard work is being recognized for leading a Special Olympics Unified Sports® program at Oxford High School in Connecticut. Gathered in the school's gymnasium, her students, both athletes and Unified partners, are ready to celebrate a significant achievement.

Several students are wearing the team's uniforms. Others are wearing the school colors. They all are socially distanced and wearing masks. Despite what restrictions might be in place, they are making the most of it, and their excitement is tangible.

"You know, I may have impacted my team members in a positive manner. But I've learned so much and gained so much from them. They brought me so much happiness throughout the last nine years of coaching Unified Sports and the friendships that I've seen formed that may not have formed is really what means the most to me."

When students attend school in-person, LaCapra coaches Unified physical education four times a week, and three times a week when classes are held remotely. She makes sure every student feels included and that they are getting the most out of playing the sport. They start with announcements and shift into small groups for a conversation starter. They practice sports skills, and by the end, they scrimmage. She says there's an "importance of communication, dedication, enthusiasm, having a strong work ethic and ability to learn" when it comes to participating in sports.

They end each day with a team huddle, shouting out whatever they want on the count of three.

Over nine years, she has impacted countless students, both athletically and academically, and it doesn't stop there. For LaCapra, it's deeply personal.

According to students, each year on senior night when LaCapra announces the graduating seniors, she gets choked up. She's emotional, having been with these students for years, some longer than others, but all having the same impact on her.

"She'd probably be so embarrassed that I said that, but it really shows how much she cares about us genuinely, both as athletes and as people," Unified partner, Kendra Grillo, a senior at Oxford who has been involved with Unified Sports since middle school says. "She's always so emotional and personal with things that have to do with Unified Sports."

Her impact is being recognized by more than just those at her school, too.

"For Jen to kind of stand out among so many coaches that we have here in Connecticut really demonstrates what she's accomplished," Debbie Horne, Director of Communications & Marketing for Special Olympics Connecticut, says about LaCapra's impact on the school district. "So, I think Jen getting this recognition is something really special and something so well-deserved."

"Other coaches around the state absolutely look up to Jen. No question about it. And she's reached out to other coaches and invited them in, rather than say, 'Hey, this is my program and go build your own.' She's all about including them."

For LaCapra, inclusion is the name of the game. "We had a Naugatuck Valley League Unified dance. I remember having chills the whole time," she says. "If you think of school dances, there can be a lot of separations and cliques and groups, but there was none of that. It was like all the schools, all the athletes, all the partners were all just together, mixed together, dancing, laughing, having a great time.”

LaCapra's dedication to Unified Sports is everywhere you look at Oxford High School. Unified physical education is offered as a credited class that junior and seniors must apply to join as partners and the school recognizes Unified Sports® as a varsity sport.

LaCapra's impact is felt beyond the thrill of competition. She works to develop her students as people and build skills they'll carry with them for life. Lacking confidence, a freshman needed to find a way to break out of his shell. When LaCapra came up with the plan to have him as the public address announcer for a Unified kickball game, all doors opened up.

"I can remember seeing a change like the very next day. It was such a huge lift in his confidence," LaCapra says about the student. "And then right away, he wanted to start doing morning announcements for the whole school. He became that morning voice of Oxford High School."

That's just the thing. She isn't just a coach on the field; she cares about the student's success away from the competition. Sara Haliti, a Special Olympics Connecticut athlete, is pretty new to the program but feels like she's always been involved. Both Haliti and Grillo have felt LaCapra's impact.

"I've had Coach LaCapra with two different teams. I've had her in the gym class and also with the Unified Sports team, and she is just the best," Grillo says with enthusiasm. "She's so understanding. She's the most in-tune with other people's emotions that I've ever met. She understands when someone's uncomfortable and she can read the cues of a room really well. It makes her super special."

"She told me never to give up, just keep going, and you'll make it," Haliti adds about the type of person LaCapra is. "She always says hi to me; she's the nicest person. I could tell her anything and she won't be mean about that."

Her students describe her as confident, compassionate, understanding, iconic and deeply deserving of the recognition coming her way. The athletic and life lessons each student learn will be carried for a lifetime. She'll continue to positively impact those around her and open doors for so many students beyond high school. And it starts in the exact place she was surprised with the award: the gym. 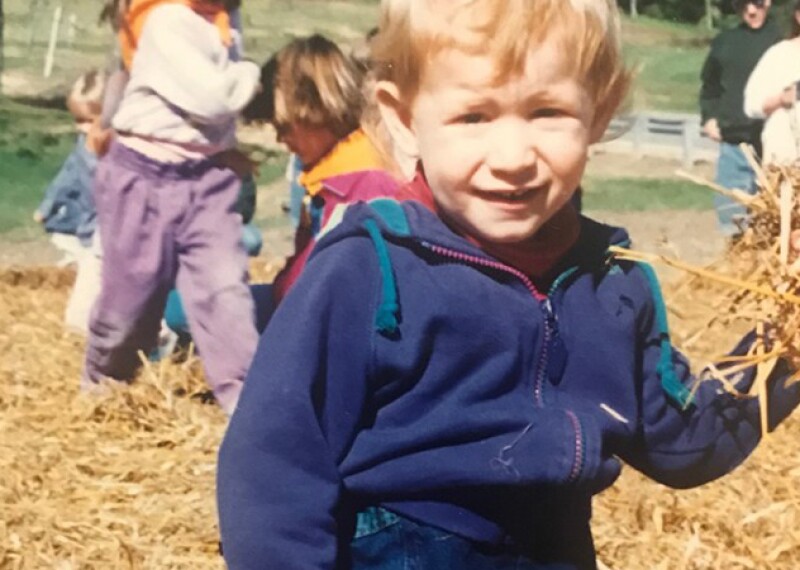 Athletes
One Step Further: Living and Thriving with Cerebral Palsy
A first-person story about living with cerebral palsy. I was born on Nov. 18, 1993, but my story really didn’t start until I was six months old.
5 Min Read