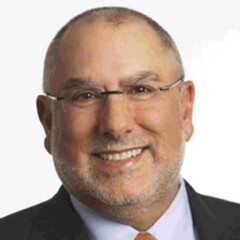 Mr. Lyon, Former Chairman & CEO of Finish Line, has spent his entire 40-year professional career in the retail industry. Perennially listed among the top 30 in Footwear News’ Power 100 rankings, Mr. Lyon became CEO of Finish Line in 2008. In July 2010, he was also named Chairman of the Board.

Mr. Lyon began his extensive career in retail in 1973 at Macy’s N.Y. in the executive training program. After a decade with Macy’s, he was promoted to Vice President of Merchandising, launching him into the ranks of executive leadership in retail.

Mr. Lyon graduated from City College of New York with a Bachelor’s degree in Business and Finance.