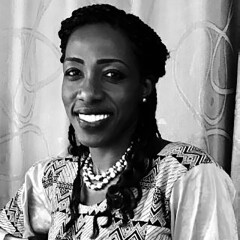 Founding Chair of the Hamchetou Maiga-Ba Foundation, Hamchetou has been presiding Special Olympics Mali since 2014, when she dedicated herself to bringing back the organization to the country after some years of turmoil.

Committed to human rights issues, particularly the fight against discrimination and exclusion, the former WNBA and Africa champion; past captain of Mali's National Women’s Basketball Teams, has since been able to restore the image and credibility of the organization in Mali, thanks to the work of unwavering volunteers she was able to mobilize. As part of the results of the Mali Team led by Hamchetou, Specials Olympics is now recognized as an entity apart and also as a special partner of Malian sport authorities who have made it a tradition for the past 8 years to physically attend all major activities, along with some National prominent sport figures.

In fact, through the effort of Hamchetou and her team, many of the individuals living with Intellectual Disabilities in Mali are no longer hidden or left behind, they are now looked after, cared for and given an opportunity to play sports: Basketball, Track & Field, and Soccer. They also are given access to the many specialized health programs offered by Special Olympics. Special Olympics Mali currently counts over two thousand (2.000) athletes male and female of different age groups throughout Bamako and five other regions in Mali (Kayes, Koulikoro, Segou, Sikasso, San and Bougouni).

Under her leadership, Special Olympics Mali athletes have participated in the First PanAfrican games in Egypt in 2020 and have been able to also compete at two World Games: LA, USA (2015) and Abu Dhabi (2019). As for the upcoming 2023 Berlin games, SO Mali traditional women’s basketball team and track & field athletes are preparing to participate.

A Former Student Athlete, Hamchetou completed an undergraduate degree in Information Technology in 2001. While playing professionally abroad and competing at the highest level, she finished her MBA in Global Management in 2008.

A true polyglot, Hamchetou is fluent in her native Songhoi and Bambara languages along with English, French and Spanish.

A spouse, a mom of two school aged children and a business owner, Hamchetou has mastered the ability to multitask and balance time and priorities management well. She utilizes her experience to better the lives of the youth. She hopes to cultivate inclusion of those with intellectual disabilities into the world of sports. Her message is one of unity and inclusion for all.