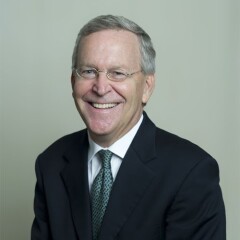 Jaime Alemán is a former Ambassador of Panama to the United States and currently practices law as a Senior Partner at his firm of Aleman, Cordero, Galindo & Lee. His firm was selected as the 2018 Panama Law Firm of the year by Chambers & Partners and is ranked in the top tier of law firms in Panama by all leading publications, including IFLR1000, Chambers Global, Legal 500, PLC Which Lawyer?, and Latin Lawyer 250. Mr. Alemán has served in numerous public service roles in his career, including attorney for the Inter-American Development Bank, legal counsel to President of Panama Dr. Nicolás Ardito Barletta, Minister of Government and Justice of Panama. In his capacity as Minister, Mr. Alemán signed the decree dismissing General Manuel Antonio Noriega as Head of the Panama Armed Forces, and went into exile after President Delvalle was impeached by the National Assembly.

Mr. Alemán holds a BA in Economics from Notre Dame and a JD from Duke University School of Law.