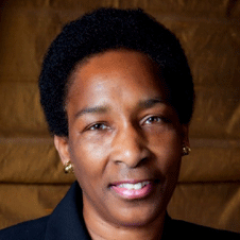 Loretta Claiborne is truly an amazing woman who has not only touched the lives of hundreds of thousands but has changed the lives of all whom she's met. She is a woman of faith who shares her personal story to promote hope and tolerance for people around the world. In 2000, Walt Disney Productions created The Loretta Claiborne Story about her inspiring life.

Claiborne is a world-class runner and gifted motivational speaker who happens to also be a Special Olympics athlete and a person who has an intellectual disability. She is a celebrated game changer, and her accomplishments include:

She is an accomplished public speaker, with notable engagements including introducing President Clinton at the 1995 Special Olympics World Summer Games and appearing twice on the Oprah Show. She communicates in 4 languages and is fluent in American Sign Language.