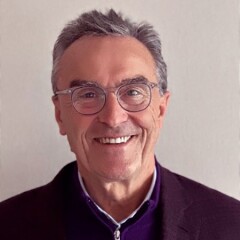 Mike Zafirovski is the Founder, Chairman, and President of The Zaf Group, a family office engaged in operating, investment, and advisory activities. The operating activities include acquiring well-run family businesses with the intention of owning in perpetuity. Currently, the two platform companies are ACP CreativIT, an IT solutions provider and ABCO Systems, a material handling systems integrator for warehouses and distribution centers. Mike is the chairman of both companies, and Mike’s wife Robin is the co-chair of The Zaf Group.

From 2006 to 2010, Mr. Zafirovski was appointed by the President of the United States to the National Security Telecommunications Advisory Committee (NSTAC), providing recommendations to the President on a wide range of policy issues related to telecommunications, IT, cybersecurity, and other national security concerns.

The Zafirovski Family Foundation (established in 2005) activities focus on education, healthcare, faith-based ministries, and economic development. A native of Macedonia, Mike is co-founder and director of Macedonia 2025, an organization dedicated to enhancing the country’s economic and democratic development. One of the programs (Zafirovski Executive Development), in partnership with the Kellogg School of Management, is accelerating the development of 100 future CEOs and CXOs in the country.

Mike is on Board of Directors of the Special Olympics. His other philanthropic and civic involvements include: Council of Chief Executives (member, former Chairman), The CEO Forum (member), American Enterprise Institute (member of National Council), The Halftime Institute (completed the Fellows Program in 2017), The Economic Club of Chicago (member, former director), and The Chicago Council on Global Affairs (member). Mike is co-founder of the Faith at Work ministry at the Church of the Holy Spirit in Lake Forest, Il. Mike is the former Chairman of AUSL, an organization that drove education equity at some of the most challenged public schools in Chicago.

Mike holds a B.A. in Mathematics from Edinboro University in Pennsylvania, where he captained the soccer and swimming teams. In 2002, Edinboro University awarded him an honorary doctorate degree in public service. He is a visiting lecturer at Northwestern University’s Kellogg School of Management. He and his wife Robin are former national chairs of Duke University’s Parents’ Committee.

He has received the Ellis Island Medal of Honor (2004); the Distinguished Leadership Award from the NY Hall of Science (2008); the Medal of Honor from the President of Macedonia (2013); and the inagural John L. Bitove Philanthropy Award (2017). In 2018, the Navy Seal Foundation bestowed on Mike and his wife Robin the “Patriot Award,” in recognition of their extensive philanthropic contributions to society, commitment to the Navy Seal community, and spirit and example of patriotism. In 2021, AUSL recognized Mike and Robin for their leadership impact in education.

Mike and Robin, married for 39 years, have three married sons and seven grandchildren. All three sons are involved in The Zaf Group. Mike’s hobbies include anything with family, mentoring, friends, travel, and sports (he completed the Kona Ironman Triathlon in 2018, the NYC marathon in 2021, and is beginning to take golf seriously).