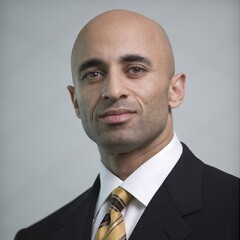 Yousef Al Otaiba joined the Special Olympics Board of Directors in 2019. As ambassador of the United Arab Emirates to the United States, he’s dedicated himself to improving economic, trade, and security cooperation between the two nations, as well as expanding the UAE’s devotion to supporting charitable causes in the US. Additionally, he was named one of the world’s 100 most influential people by TIME magazine for his courageous efforts to initiate the historic UAE-Israel Abraham Accords.

One of the ambassador’s key accomplishments was to facilitate bringing the Special Olympics World Games to Abu Dhabi in 2019. For the first time in history, the Special Olympics was held in the Middle East, representing a major sign of progress for the region as it brought together a diverse group of people of different abilities, nationalities, backgrounds, religions and cultures. In addition to helping arrange for the UAE to host the Special Olympics, he visited athletes at the Team USA training camp and joined an event congratulating 20 members of the USA delegation at the White House.

Ambassador Al Otaiba has demonstrated his long-time passion for sports throughout his career, helping to facilitate several athletic initiatives that empower young people, including the UAE Embassy’s Community Soccer Program. The program works with local organizations to construct soccer fields in underserved communities throughout the US. Under Ambassador Al Otaiba’s leadership, the UAE Embassy has also played a major role to help communities across the US recover from natural disasters including Hurricanes Sandy, Harvey and Irma and the catastrophic tornado in Joplin, Missouri.

Outside of his official duties, the ambassador and his wife, Abeer Al Otaiba, have used their passion and influence to support a number of philanthropic causes. Together, they co-hosted the Children’s Ball for the Children’s National Hospital, the most successful charity event in the history of Washington, DC. Previously, Ambassador Al Otaiba helped facilitate UAE support for the Sheikh Zayed Institute for Pediatric Surgical Innovation. In 2020, the couple also sponsored the hospital’s first drive-up COVID-19 testing site for children and young adults at Trinity Washington University.

Ambassador Al Otaiba attended Cairo American College in Egypt and studied international relations at Georgetown University. He also received an international fellowship from the Industrial College of the US Armed Forces at the National Defense University in Washington, DC. In addition to the Board of Directors for the Special Olympics, Ambassador Al Otaiba serves on the Board of Trustees at The American University in Cairo and is a member of the Leadership Council for Harvard Kennedy School’s Center for Public Leadership. He was also promoted to Minister of State in October 2017.