It’s a grey and overcast sky in the Colorado Rocky Mountains, as Special Olympics athletes and professional snowboarders and skiers team up for the highly anticipated X Games Aspen 2022 Unified Dual Slalom competitions. Henry Meece is among the 10 athletes competing in snowboarding but isn’t new to the competition. “I go up to the mountain often and practice free riding,” the five-time X Games medalist says with a shy, but confident tone in his voice.

Excitement fills the snowy air, but there’s certainly a different vibe this year. After a year absence due to COVID-19, the normally rowdy mountainside is considerably quieter this year as spectators are farther away. Despite the differences, everyone felt it was important to move forward with the event.

“After missing last year’s race due to COVID, we began preparing for the 2022 Unified races well in advance,” says Chris Bence, Director of Corporate Alliances at Special Olympics. “Our X Games Unified races are key to our partnership strategy with ESPN to amplify awareness for Unified Sports. If we could put on a safe race, it was very important to be back in Aspen with our good friends at the X Games.”

Meece is excited to be partnered with pro rider and X Games host Jack Mitrani. Both are experienced and know what to expect. Meece describes his style as “fast and smooth,” complimenting Mitrani and his accolades. They are aiming for gold.

The starting gate sound alarms and Meece takes off. On the live stream, the commentators speak highly of Meece’s skill as they detail the course and how the snowy weather conditions might impact the run. It’s no problem for Meece, as he’s from Oregon. “It’s just like our mountain at home,” Nancy Newell, Meece's mom, says, adding that “it snows a lot when we go up to the mountain as a family, so I think Henry prefers the weather being like that.”

Meece and Mitrani set the tone early before an impressive surge from the remaining Unified pairs makes the race one to remember. In the snowboard competition, veteran athlete Daina Shilts successfully defends her gold medal alongside partner Mons Roisland. Meece and Mitrani miss the podium by just 0.01 seconds.

“The relationship with Jack was good and we had a chance to get the gold, but we missed it,” Meece says. “Hopefully we get another chance next year.”

As he begins to think about returning to the X Games in 2023, Meece has a big decision to make in how he prepares for the race. Different style boards and boots make all the difference when competing, as he learned from some of his competitors. For the longtime snowboarder, this type of dedication is not new. Meece is constantly looking to improve as an athlete, especially when a gold medal is at stake.

Meece got his start in Special Olympics following his high school graduation. He enjoys seeing old friends and making new ones. And although Special Olympics Oregon does not have a snowboarding program, Meece says he “wants to become a better swimmer” in Special Olympics. “I do other sports like skating, mountain biking, hiking and dragon boating,” Meece adds.

Did you know?
Back in 2019, Henry Meece and pro rider Chris Klug, Olympic bronze medalist, beat out nine other pairs to take home gold for a 4th time at the Special Olympics Unified snowboarding event at the X Games.

Even though the snowy mountaintop couldn't be further from the pavement of a skate park, Meece would not be the snowboarder he is today without a start in skateboarding.

“I used to skateboard a lot, so I wanted to try snowboarding,” Meece says. Never having done the sport before, Meece says “it’s a lot of the similar movements to skateboarding so the transition was easy.” The board is where Meece feels at home. Riding is an expression of who he is and why he loves action sports. He expresses that he loves jumping and that he wishes the X Games would implement jumps in the Unified event.

The Unified race is a reminder that we are a step towards returning to normal, but it’s also a testament to the resilience of Special Olympics athletes. During a time when it would have been easy to quit, athletes like Meece continued to reach for their goals. Throughout the pandemic when Meece wasn’t on the mountain snowboarding, he was still staying active.

“Our new routine included lots of walking, birdwatching and hiking,” his mom says. “We started walking three times a day, a few miles each walk. We explored almost all of the metro green spaces which have remained open during the pandemic.”

Meece has made a sizable impact on the snow sports world—even being enshrined in the Oregon Historical Society's Freeze the Day! A History of Winter Sports in Oregon exhibition. He and Mitrani barley missed the podium this year, but Meece already has his sights set on 2023 and adding to his list of X Games accomplishments. 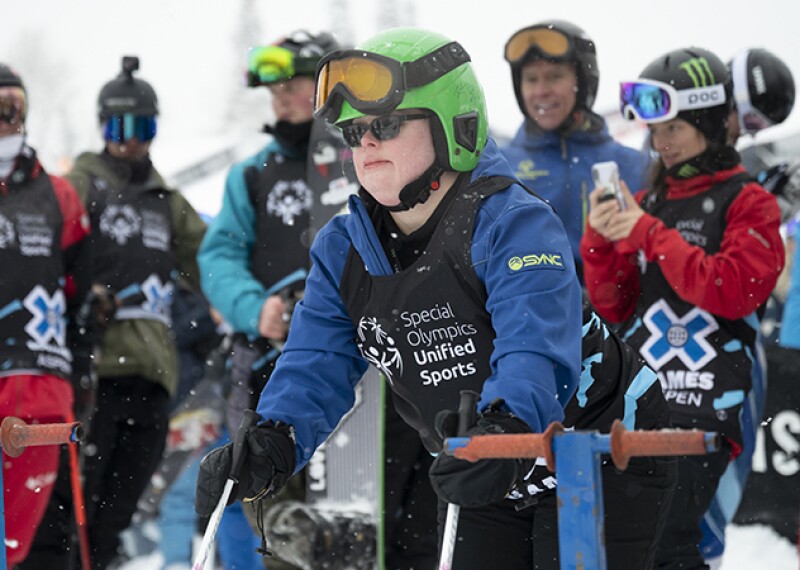 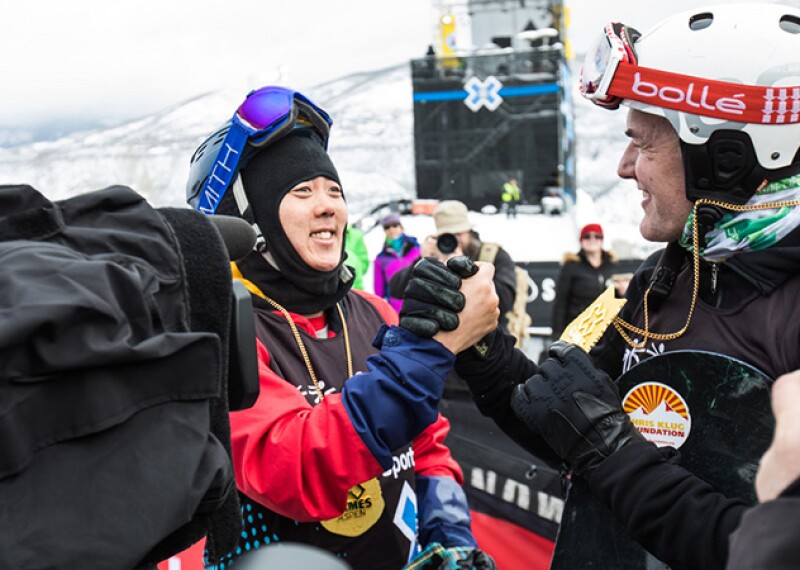 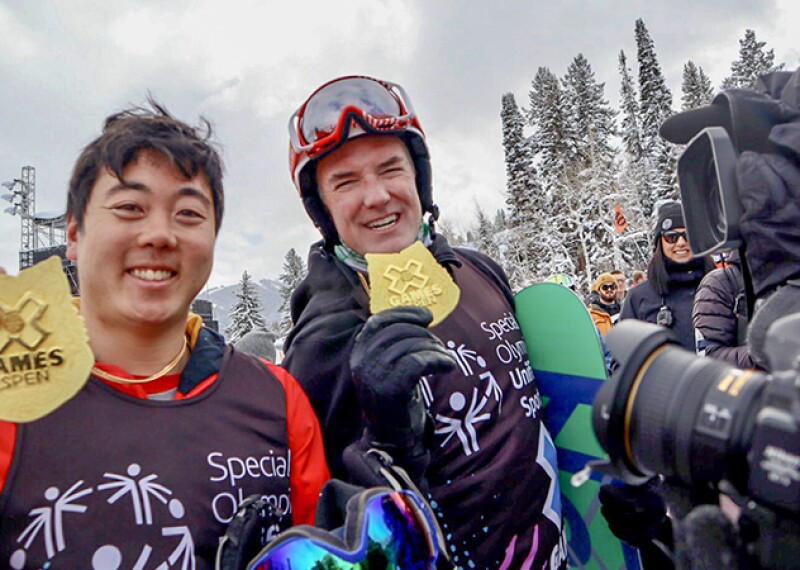 In the News
Special Olympics Makes History at X Games 2020
For the first year ever, a Unified Ski competition will be part of the line-up of the Special Olympics Unified races at the 2020 X Games.
1 Min Read