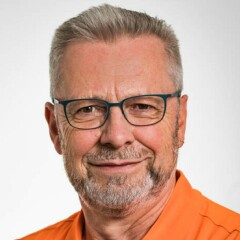 Henning currently lives in Bielefeld. He has three children and three grandchildren. Henning is a national judge in Inline-Speed Skating since 2008 and in Ballroom-Dancing for more than 30 Years. He is also a second chairman of the German Speed Skating association (DRIV) and responsible for organizing national events and constant updating the German rulebooks.