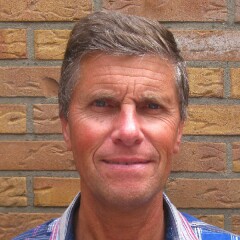 Koos currenly resides in the North part of of The Netherlands, close to the University City of Groningen.

His daily work is working as a Healthy Ageing Coach at the local high school. His hobbies are cycling, ice skating, hiking and traveling around the world with his wife. They have been to Australia, New Sealand, South Africa and the Carebeans. He has had experience with the Regional Dutch Cycling Federation serving as Chairman from 1986 – 1996. Additionally, he served as the chairman for the Junior Cycling Tour Assesn (the Netherlands).

He has been involved with Special Olympics since the European Games in 2000 in City of Groningen specially as a cycling Technical Delegate in 2015 and 2019.