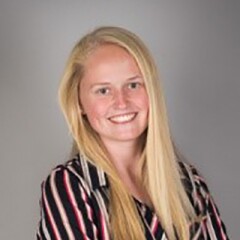 Previously, Elyse was a member of my high school’s Unified Track team and participated in many Unified Bocce Tournaments. She also served as a member of the Special Olympics Massachusetts Youth Activation Council, helping to organize Youth Summits for our state. In addition, she served as a Special Olympics U.S. Ambassador for two years, and she is now a part of the Alumni Network. Through these positions, she has had the opportunity to use her voice to advocate for inclusion in schools. Personally, the inclusion revolution is very important to her because everybody deserves to be meaningfully included into society. Inclusion should be a right, not a privilege! She wants to live in a society where the inclusion of people with and without disabilities is second nature.