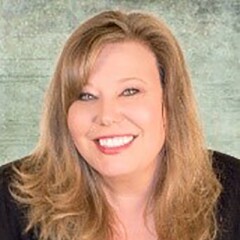 Frances is a clinical professor of education in the School of Educational Studies at Claremont Graduate University, and she also serves as director of the Urban Leadership program. Most recently, Gipson served as the Chief Academic Officer (CAO) for the second-largest school district in the nation, Los Angeles Unified School District (LAUSD). As a leader of leaders, she oversaw the instructional plan and capacity building for more than 600,000 students in preschool through adult school programs—across over 20 departments.

Dr. Gipson is an experienced teacher leader, coach, district administrator, principal and superintendent. Her leadership has been recognized in both theory and action with numerous awards such as Distinguished Alumni, Urban Leadership Award, AALA President’s Award, and the Top 30 Technologists, Transformers, and Trailblazers. Frances believes in a student-centered approach that she calls “Team Kid” leadership to design a system of supports that amplifies voice, agency, and adaptivity.