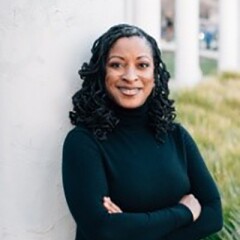 Ms. Chatmon previously served as a coach and director of the high school redesign initiative, where her team pioneered new school design processes, principal network development and site coaching that transformed educational experiences and outcomes for teachers and students in Oakland, CA. Prior to joining the National Equity Project, LaShawn served as a teacher and leader at Redwood Day School, Alameda, CA; The Wheeler School, Providence, RI; and Berkeley High School, Berkeley, CA. While at Berkeley High, she served as Co-Director for The Diversity Project with Dr. Pedro Noguera at the University of California at Berkeley. The Diversity Project is a school-university action research project designed to address the disparity in achievement between white students and students of color and to investigate the causes of racial separation.

LaShawn is a contributing author in the book Class Dismissed: A Year in the Heart of An American High School a Glimpse into the Heart of a Nation and has presented at numerous education conferences and convenings across the country. She was a MetLife Teaching Fellow, and is currently a LeaderSpring ED Fellow. Ms. Chatmon earned a B.A. in political science from the University of California, Berkeley; a Masters of Arts in Teaching from Brown University; and an Administrative Credential from California State University, Sacramento’s Urban Leadership Program. LaShawn is a California native and resides in Oakland, CA with her husband and their three sons.