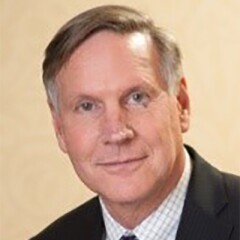 Michael is a Strategic Advisor to the Council of the Great City Schools, and he served as Executive Director of the organization between January 1992 and July 2021. Casserly also served as the organization's Director of Legislation and Research for 15 years before becoming its executive director.

As head of the urban school group, Dr. Casserly unified big city schools nationwide around a vision of reform and improvement; led the nation's largest urban school districts to volunteer for the National Assessment of Educational Progress (NAEP); guided the organization to be the first national education-membership group to call for the Common Core Standards; initiated an aggressive technical assistance program to improve urban education; directed the development of public education’s first performance management system; led the first national study of common practices among the nation’s fastest improving urban school districts, and guided the group through the global pandemic.

Michael successfully spearheaded efforts to boost academic performance in the nation’s big city schools; strengthen management and operations; and improve the public’s image of urban education. An article in USA Today some years ago called him a “Crusader for Urban Schools.” He is a U.S. Army veteran, and holds a Ph.D. from the University of Maryland and B.A. from Villanova University.