During the week of July 15–20 as our Special Olympics movement celebrates a Global Week of Inclusion, I would like to share with you how I will be showcasing inclusion and “celebrate togetherness.” I am planning on attending three events or initiatives this week that will celebrate inclusion. This week I hope you will join me and my fellow Special Olympics athletes and Sargent Shriver International Global Messengers and #ChooseToInclude us in all parts of our society.

The conference will have four educational tracks including: workplace, supply chain, global, and technology. A few of the exhibitors include: AAPD, Accenture, American Airlines, Bank of America, Google, Voya Financial, Microsoft, The Coca-Cola Company, and many others. I’m really looking forward to attending this Disability:IN Conference on behalf of my fellow Special Olympics athletes and learning about how all these companies are showcasing inclusion. I hope that by attending this conference I will learn how these companies can and will #ChooseToInclude those of us who have disabilities in workplaces across our globe.

Off The Mound with Ryan Dempster

The second event I will be attending will be on July 20th: “Off The Mound with Ryan Dempster” event. On July 20th, we celebrate the 51st anniversary since our founder, Eunice Kennedy Shriver, started our Special Olympics movement right here in Chicago, IL at Soldier Field by hosting the First International Special Olympics Games. And, each year Mrs. Shriver is celebrated on July 20th—Eunice Kennedy Shriver Day—a Global Day of Inclusion. 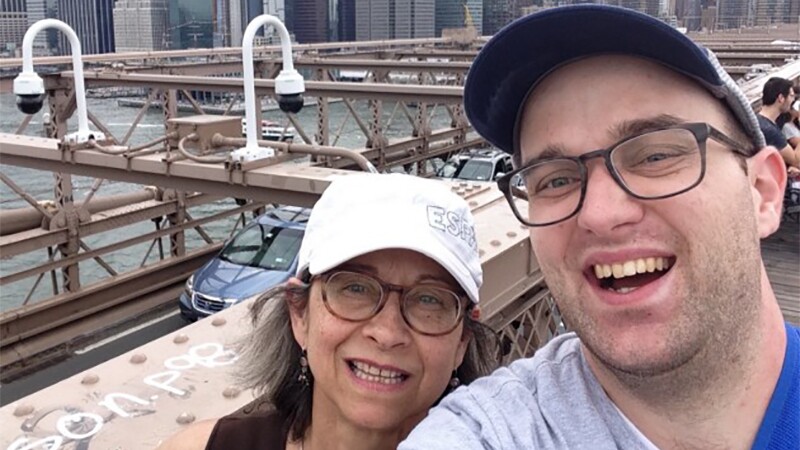 Daniel captures the scenery of New York while on the Brooklyn Bridge with his mother. 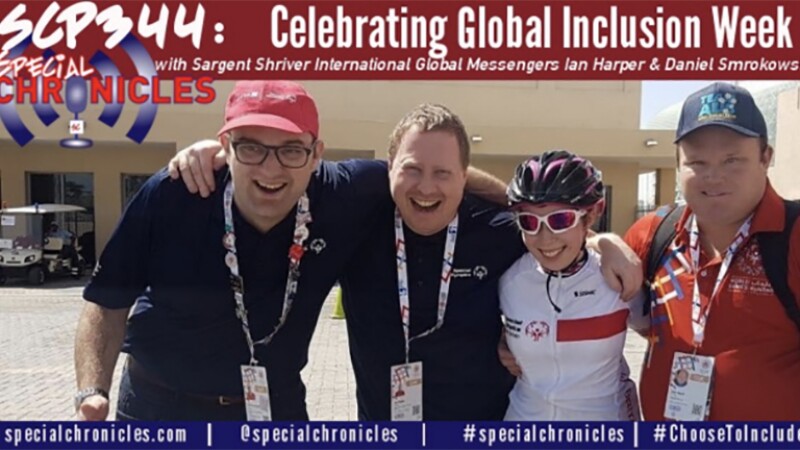 Daniel is invited to be a special guest in the Special Chronicles Podcast. 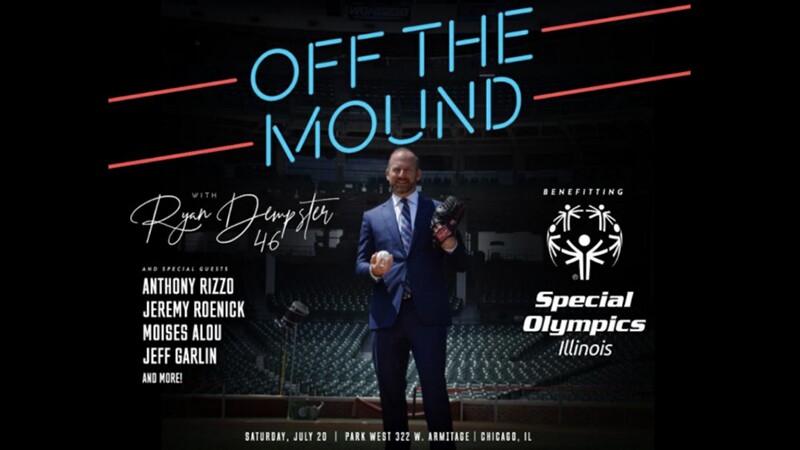 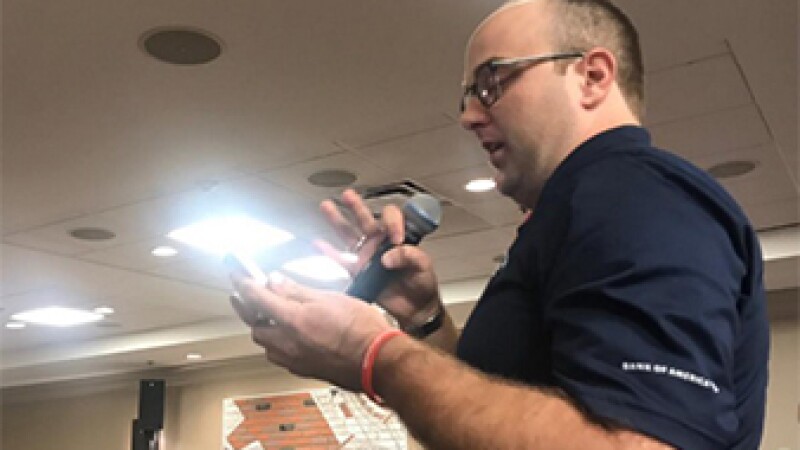 Daniel was given the chance to attend the Disability:IN conference in Chicago.

Benefiting my local Program of Special Olympics Illinois, I’ll be attending the “Off The Mound with Ryan Dempster” event. Ryan Dempster, a former Chicago Cubs pitcher, will be hosting a live late-night style talk show benefiting Special Olympics Illinois. Special guests during this event include: Chicago Cubs World Series Champion Anthony Rizzo, Former Chicago Cubs Outfielder Moises Alou, Legendary Chicago Blackhawk Jeremy Roenick, Chicago Comedian Jeff Garlin (Curb Your Enthusiasm, The Goldbergs), and many more. I’m looking forward to participating in this event as these sports and entertainment celebrities showcase to us the importance of “celebrating togetherness” and how we can all #ChooseToInclude in this movement.

Finally, the third initiative I’m involved with during the Global Week of Inclusion is as a host for a special podcast at Special Chronicles on SpecialChronicles.com. On a global platform that has reached over 329,000 viewers globally, I produced a special edition showcasing inclusion in action. I was joined by fellow SSIGM Ian Harper to talk about how everyone in our movement can “celebrate togetherness” and showcase inclusion in their everyday life. We talked about inclusion in employment, in recreation, and most importantly in our Special Olympics movement. We also talked about how everyone within our movement can #ChooseToInclude by giving you some easy tips on how you can include those of us with disabilities—whether you play on a Unified Sports team, include us in workplaces, or in local communities across the world.

Let us all come together this week to celebrate togetherness. I hope you will join me in showcasing inclusion in action this Global Week of Inclusion. Join me and #ChooseToInclude.

Daniel "Dan" Smrokowski
Daniel Smrokowski was born three-and-a-third months premature and was diagnosed with learning disabilities and a severe language disorder. He is an award-winning columnist covering special needs stories. Daniel is the founder of Special Chronicles, a nonprofit media platform that gives respect and voice to people with special needs. Daniel is also involved as an athlete, global messenger and board member with Special Olympics Illinois. Come join us at www.SpecialChronicles.com.
Read more about our athletes
Recommended Content 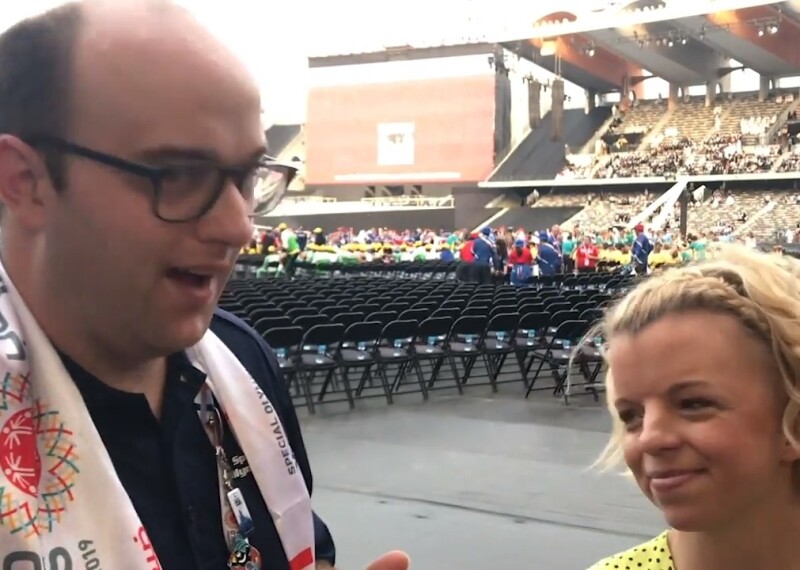 Our Athletes
Renee Manfredi Reflects on Inclusion
As the Global Week of Inclusion began I thought, "what does inclusion really mean, what does it really look like?"
5 Min Read
Join the Revolution
As we move forward, we need to know you’re with us. Be a revolutionary and help end discrimination against people with Intellectual Disabilities.
Take The Pledge