Hanna Atkinson Makes the Most of Global Week of Inclusion

To celebrate inclusion in my life, I was able to take part in some really fun events during the Global Week of Inclusion!

To start the week off, I participated in the final leg of the Triple Bypass bike ride! This means that I biked all the way from Copper Mountain to Avon, Colorado, up in the Rockies. I was elated to be able to represent Special Olympics Colorado while doing something that I loved—biking!

Both my mother and father biked with me during the race, which was terrific because my dad has biked the Triple Bypass multiple times before. He had lots of good advice for me.

Then at the end of the race, I was asked to be an emcee at the finish line and celebrate other riders as they finished! My friends Adrian and Cory who work for Special Olympics Colorado took photos and videos of me. The Triple Bypass has supported Special Olympics Colorado for nearly 20 years and helps to fund athletes like me. It was an inclusive event and I was able to represent for my fellow athletes, which was excellent! 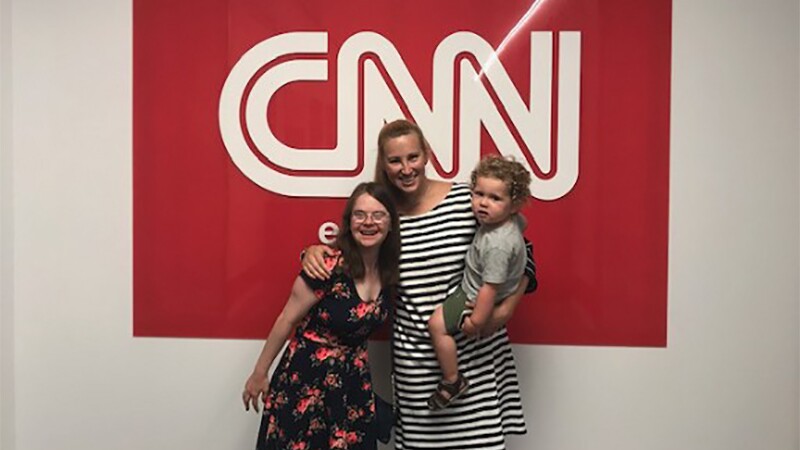 Hanna meets her mentor’s cousin, who is a producer at CNN.

Hanna was joined by her parents in the Triple Bypass Bicycle Ride. 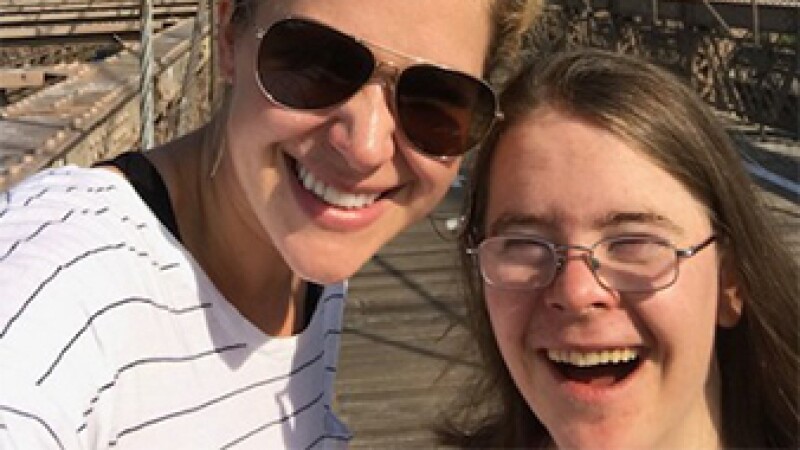 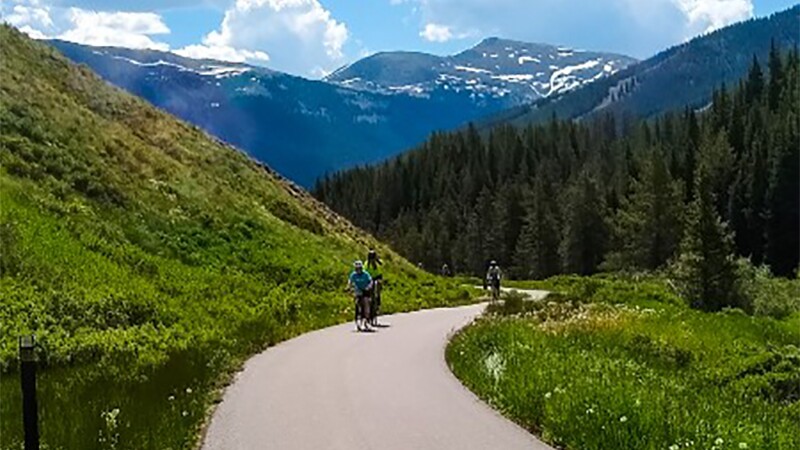 Hanna Atkinson races down the Triple Bypass with her family accompany her.

Hanna was given an opportunity by Lynnette Cooke, CEO of Health at Kantar to sit on a panel with CEO of Special Olympics Mary Davis.

Later on in the week, I went to New York City with my mentor Georgia for the second time in my life! Lynnette Cooke, CEO of Health at Kantar, and my 360 mentor, invited me to come speak to her co-workers at the New York Stock Exchange. I was so excited and really nervous at first, but once I got there and was able to talk with Lynette, I felt like I was at home.

Lynette asked me to sit on a panel with Mary Davis, CEO of Special Olympics! That was pretty awesome. They were so well organized and we had a lot to talk about! It was spectacular to hear about how Kantar is going to support our Youth Leadership Programs through their “Extraordinary People” initiative.

I was able to showcase inclusion by talking about how Special Olympics has impacted me and my life. I also shared my advice for the leaders of Kantar on ways they can be inclusive in their company by being patient, listening, believing in yourself, and being a part of the inclusion revolution. After all, we are all people, and we all want to be great leaders! I was so happy to get the chance to meet Eric Salama and Caroline Frankum, who are big supporters of the Sargent Shriver International Global Messengers!

While I was in New York, I walked the whole Brooklyn Bridge—twice! I also got a chance to visit the CNN studios to meet my mentor Georgia’s cousin, who is a producer there. It was extremely fun! I even got a picture with Wonder Woman!

Finally, to end the week, I attended the wedding of my best friend from high school, Bailey (Dodd) Fisher. I am so thankful for the Unified friendship I have with her and was over the moon when she invited me to celebrate their love and joy!

Everyone is living in this world. We all have clear, common ground and life can be good when you choose to include! Therefore, it is ever in the spirit of goodness that brings everyone together in life that I encourage you to support, volunteer, donate, and be a part of the inclusion revolution! Let’s celebrate everyone’s efforts. It would be awesome to get your support and I would be grateful to speak to anyone who wants to listen to the message of Special Olympics! So with that I ask, who is with me?!

Hanna Joy Atkinson
Hanna Joy Atkinson at age 24 is a Sargent Shriver International Global Messenger. She was born and raised in Littleton, Colorado where at the age of two, she was diagnosed with leukemia and her first fight began. After beating cancer, she found her love of skiing and started competing on the slopes with Special Olympics Colorado at the age of 13. From there, she joined Unified basketball, swimming, and cycling.
Read more about our athletes
Recommended Content 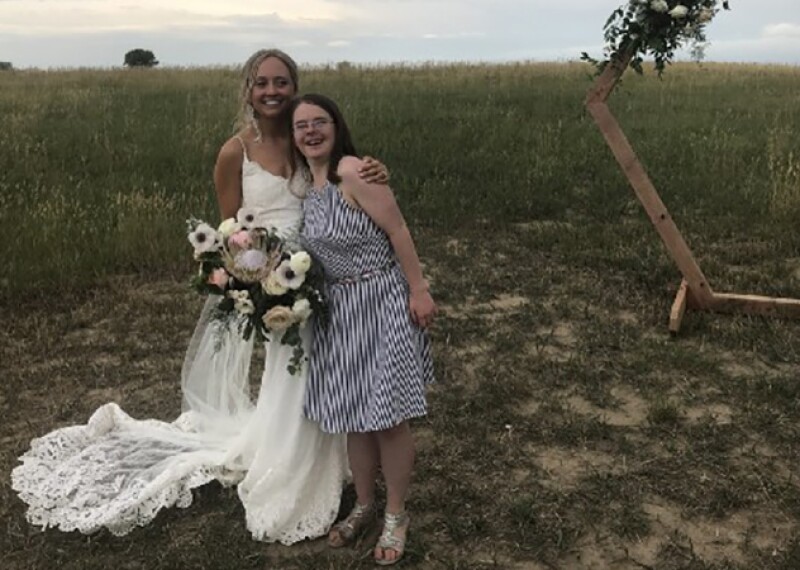 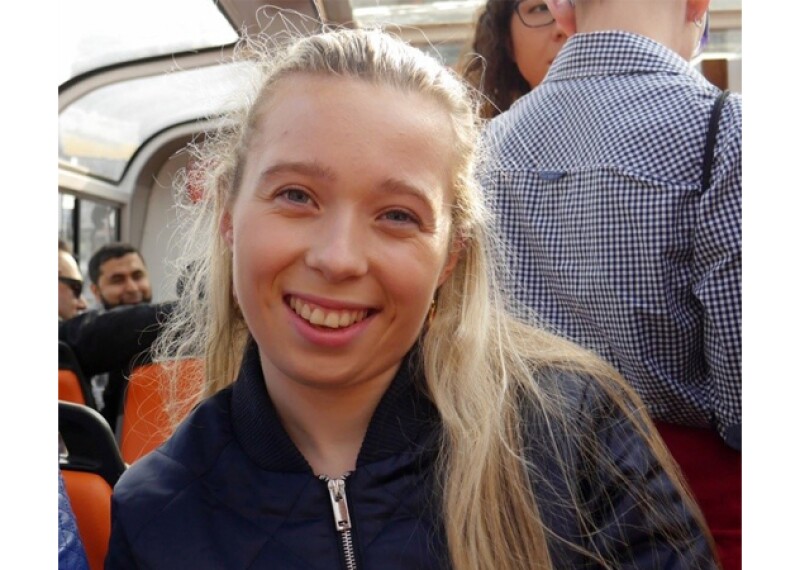 Our Athletes
No One Can Make Me Feel Less Than
Guest Submission From Kiera Byland, Special Olympics Great Britain Athlete Leader
1 Min Read 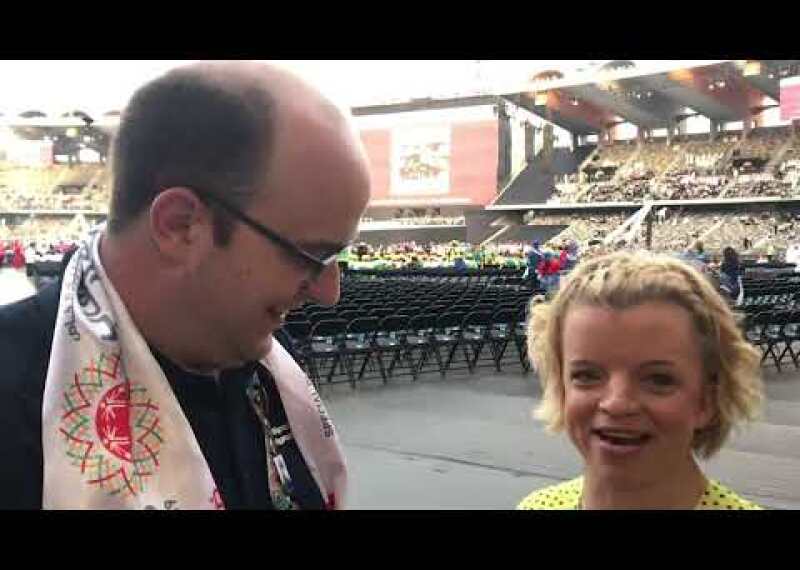 Abu Dhabi Daily Show
Daniel Smrokowski and Daina Shilts
Daniel Smrokowski, a Sargent Shriver International Global Messenger, interviews Daina Shilts, special correspondent for ESPN for the Special Olympics World Games 2019.
Join the Revolution
As we move forward, we need to know you’re with us. Be a revolutionary and help end discrimination against people with Intellectual Disabilities.
Take The Pledge