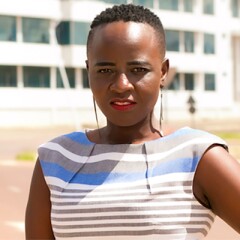 I was in the most recent World Games in 2019 in Abu Dhabi. I was there as an official for basketball.

What training do you have to complete to be an official at World Games?

I am an International Basketball Federation (FIBA) accredited referee since 2014 and have had the opportunity to officiate at quite a number of Regional tournaments. During these tournaments, we have qualified referee supervisors who use this time to assist us to improve and emphasize the rules and the interpretation of these rules.

How can we increase the participation of female officials in Special Olympics?

I would let them know that the road may be long and tough, but at the end of it all, it is more than worth it. I would let them know that they have to just be true to themselves and set a goal for where they want to get to if the playing field was levelled. After they imagine that, they should put in the effort and do what they can to make it happen.

Amongst many others, on this occasion I would pick Michelle Obama because though she was married to a 'powerful' man, she never cowered or bowed or made herself invisible. She continued to be an amazing person and inspiration to many around the globe. Her presence was felt, her intelligence was noticed.