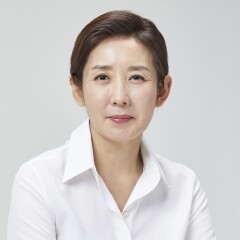 What are the main responsibilities of a World Games Chairwoman?

As chairwoman of the 2013 World Winter Games, my priority goals and responsibilities were as follows. First, enhancing the rights of people with intellectual disabilities (ID). Second, changing the perception toward people with ID in Korean society. Third, I was responsible for hosting and conducting a meaningful international event successfully. Finally, providing comfort and a safe environment for athletes worldwide so that they could perform and show their best abilities while enjoying the Games.

What was the most rewarding part of being Chairwoman of the Games?

After the 2013 Pyeongchang Games, public awareness of Special Olympics increased from 0% to 71%, which is an incredible change. During a Global Summit by global opinion leaders like a State Counsellor Her Excellency Aung San Suu Kyi in Myanmar, Cherie Blair, a wife of the formal prime minister of the U.K., and a former president Her Excellency Joyce Hilda Banda of Malawi, the ‘2013 PyeongChang Declaration’ was adopted for human rights for people with ID. Moreover, it helped prevent a winner-take-all environment in our society, which finally supported disseminating the Special Olympics movement and spirit of the 2013 World Winter Games main slogan, “Together We Can.”

As a female world leader who could change the world, rising against injustice will not be afraid of a challenge. You need to find your passion and stay curious that will bring more opportunities. Most of all, respect people of all abilities and try to value and learn from each other, like Special Olympics Unified Leadership. Indeed, I experienced and learned from our athletes, volunteers, coaches, families, and so many people from Special Olympics for a decade. I tried to listen and seek to understand other people's perspectives, putting myself in their shoes, which finally made me a great female leader. Lastly, I would like to say to please cooperate with others. If you want to go further, go together.

Audrey Hepburn is my female role model. Audrey was not only an accomplished actress, but she was also a humanitarian who spent the latter part of her life helping underprivileged children and mothers across the globe through UNICEF. As Audrey said, “Giving is living. If you stop wanting to give, there is nothing more to live for.” I admire her truthful humanism and philanthropic mindset in that she gave her love and passion to people who needed help even when she was suffering from cancer in the later years of her life. I hope I will also contribute to helping others after retiring from my official work.