Mayfield, alongside teammates Brandin Bryant, Garrett Gilbert, David Njoku, and Willie Wright, hosted Special Olympics Ohio athletes, Unified partners and coaches at the Cleveland Browns training facility for the reveal, then kicked off the season with an NFL Play 60 clinic.

.@Browns + @SOOhio teamed up for the first @nfl sponsored Unified Sports League! To kick off the season, we revealed team uniforms & hosted a @nflplay60 Clinic. #give10 #LetsPlayFootball pic.twitter.com/mM5uvCXir8

In Spring 2019, Special Olympics Ohio, the Cleveland Browns, and Cleveland Metropolitan Schools announced they are teaming up to bring students with and without intellectual disabilities together on the playing field through Unified flag football in seven high schools in the Northeast Ohio area. The program will also engage varsity athletes, who will serve as Unified flag football referees.

“Special Olympics Ohio, the Cleveland Browns, and the Cleveland Metropolitan School District have proudly come together to remove barriers and end discrimination for those with intellectual disabilities,” said Special Olympics Ohio President and CEO Jessica Stewart. “Together, with this Unified flag football league, we are moving one step closer toward a more inclusive world for all.” 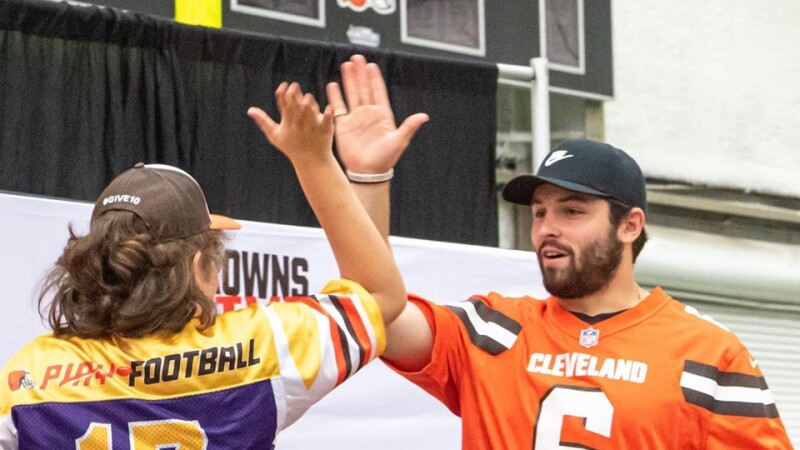 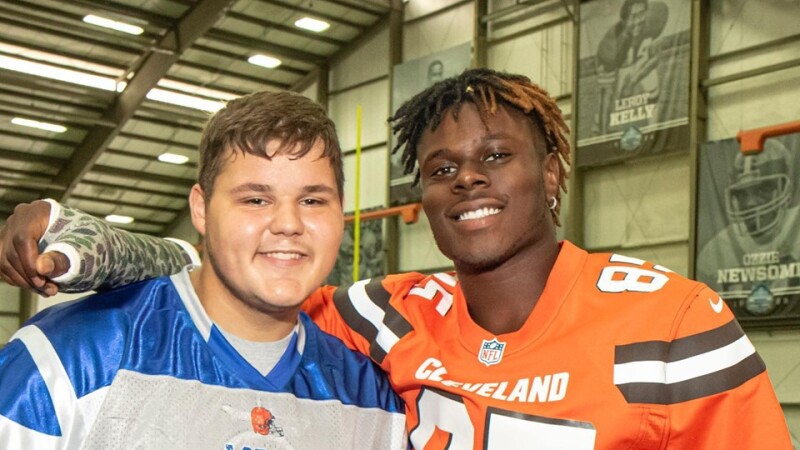 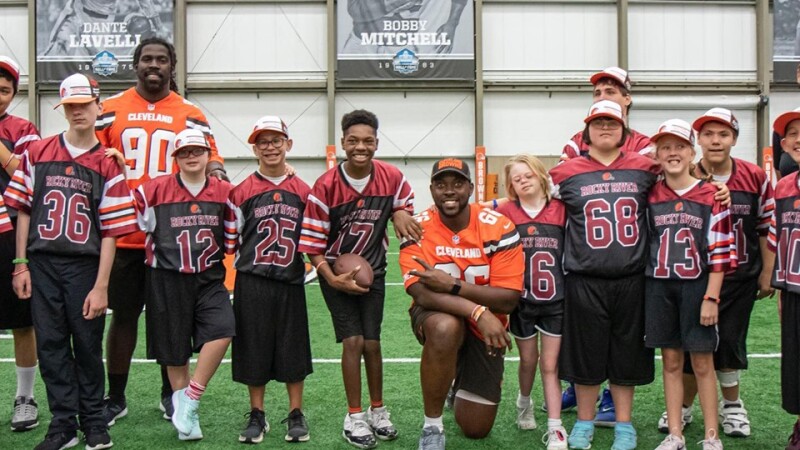 This is not the first time Baker Mayfield has stepped up to support the Special Olympics movement!

Make a Difference
Please donate and help us get one more athlete onto the playing field.
Join the Revolution
As we move forward, we need to know you’re with us. Be a revolutionary and help end discrimination against people with Intellectual Disabilities.
Take The Pledge